In the past few weeks I found some XSS vulnerabilities in some Hive tools.
After reporting them to witnesses and devs that maintained those apps, I decided it would be helpful to add to @keys-defender's list of weapons the ability to timely detect potential code injection attempts. This should mitigate the issue of attackers targeting the Hive ecosystem of apps and tools.

This bot now uses the following to try to detect potential malicious code published in blocks:

~50 fragments of code for SQL injections

These dictionaries will grow in size and be adjusted based on false positives. 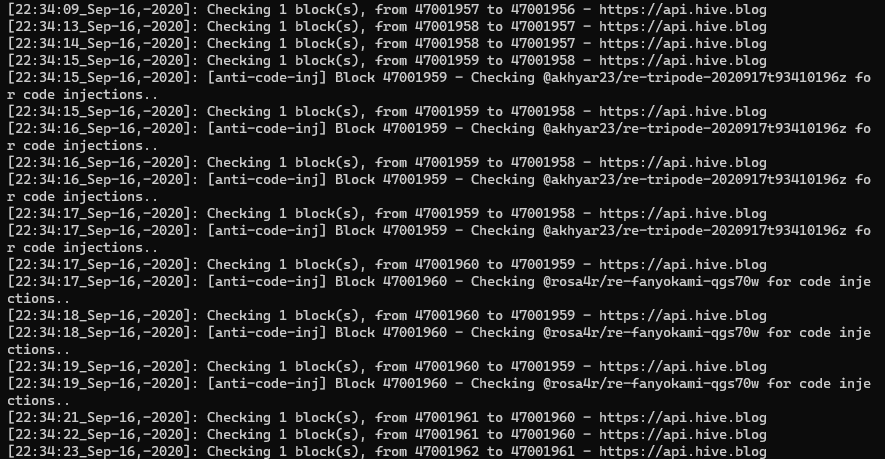 If the code injection is attempted in a post or comment (eg. this test comment of mine), the author will now receive an immediate reply from this bot: 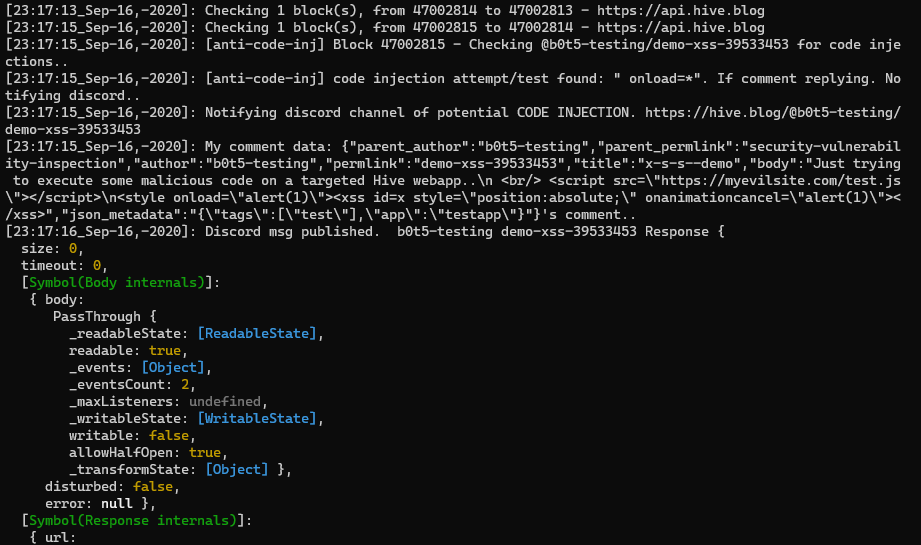 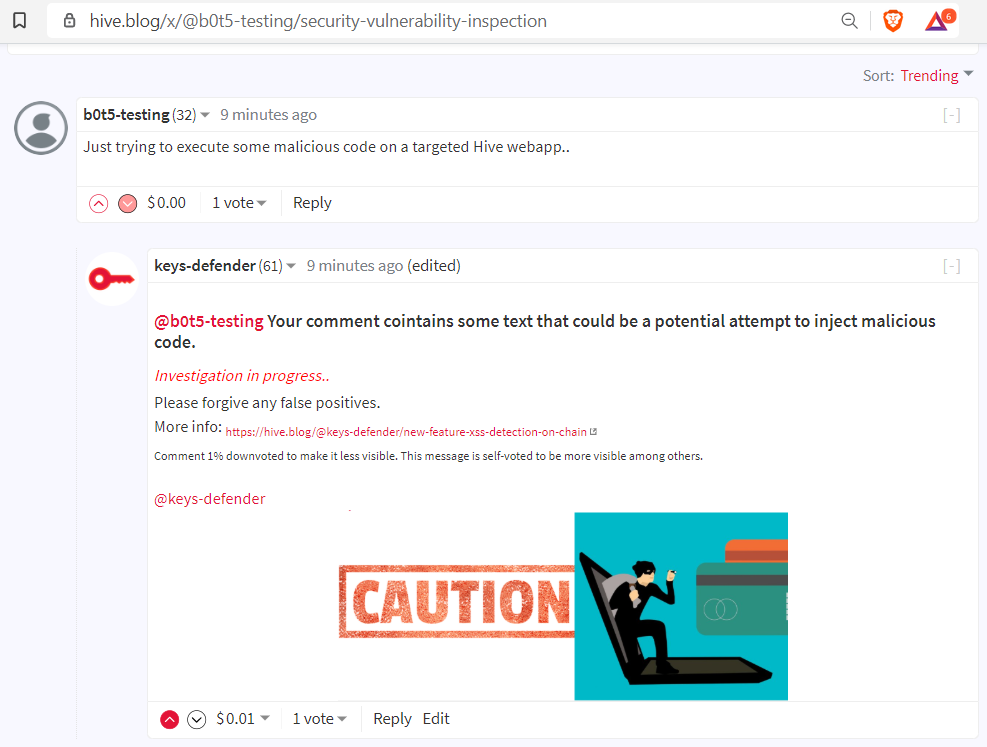 A notification is also immediately sent to my Discord server so that I or witnesses and volunteers in it can investigate and react accordingly to report and fix the targeted website or tool.

Clearly if a bad actor was indeed trying to compromise a website, their account name would also been known because, as per the blockchain design, past blocks cannot be edited or deleted.

A whitelist is also in use so that known Hive apps devs like @louis88 won't be bothered while testing dapps for vulnerabilities.


My own code injection attempt ignored because I'm on the whitelist

To support this bot..

Will it pick that up :) This is good work as there will be bad actors out there. I would hope people are using things like Keychain to reduce the exposure of their keys, but many will not.

Thanks and have a !BEER

@steevc Well it looks like it didn't, you gotta be one of the good guys then 😉

It's not only about the keys this time. The purpose of this feature is to detect early attackers targeting websites and Apps in the Hive ecosystem trying to inject malicious code in blocks to see if it executes in the platform under test. It's a preventive measure that will allow us to know in a timely matter if someone is trying something funky and hopefully even discourage them too as their account name will immediately be known.

We have to be vigilant. With so much money at stake there are bound to be attacks. Thanks.

I think this update might be getting false positives with Vimm Livestreams, just had a VoD replay post get a notification about malicious code from y'all.

Edit: Devs whitelisted Vimm, all is good. Thanks, mates.

@badpupper I now whitelisted vimm.com.
Thanks for notifying me and apologies for the disturbance. 🙂👍

This post was shared and voted inside the discord by the curators team of discovery-it
Join our community! hive-193212
Discovery-it is also a Witness, vote for us here
Delegate to us for passive income. Check our 80% fee-back Program
$0.00
Reply
[-]
tngflx (63) 2 years ago

Hmm is there even any reported case of using json metadata to steal keys?

@tngflx No, I'm not sure if anyone ever compromised a site/app in that way but I've seen people testing those attributes too, yes.
Eg. See louis88 (dev, good guy) testing various fields (in several frontends) including communities names and tags: hive.blog/@louis.random

And bear in mind that this bot scans every single type of operation published into Hive, not only the json metadata of posts and comments. I check for leaked keys and potential malicious code in: comment, transfer, custom_json, vote, account_create, account_witness_vote, .. you name it.

When I did find an active key in an account_update operation it taught me that some human errors will surprise you.