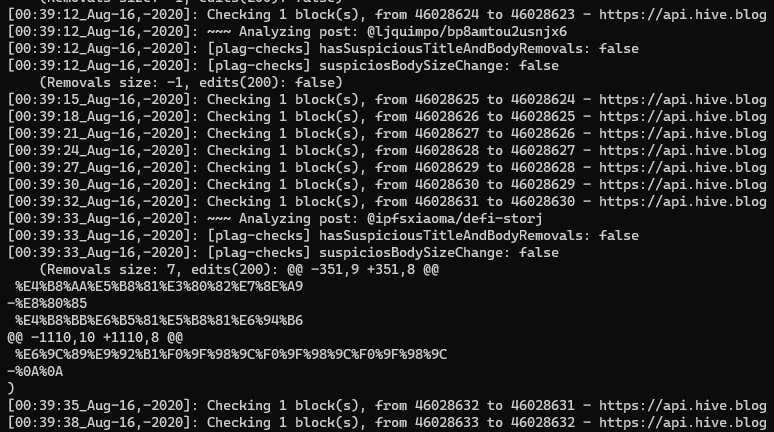 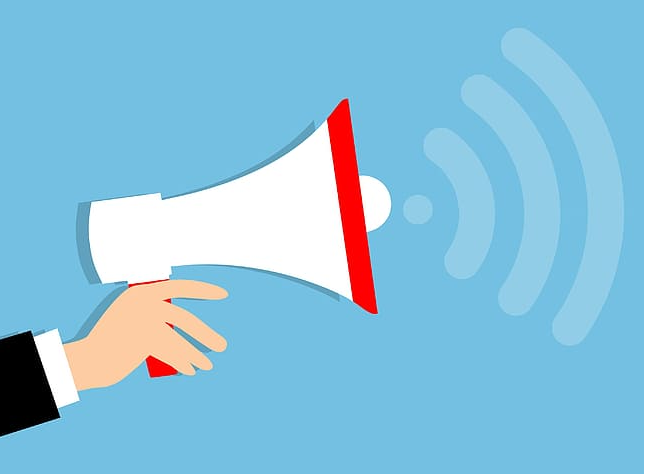 Announcement: starting from today @keys-defender will automatically detects suspicious activity of users trying to re-publish their previous posts in order to get more rewards.

Every time a suspicious edit of an old post is detected inside a newly published block, this bot now publishes a message in a private channel of my discord server.

After the suspicious post is shared with the witnesses and the hive defenders community that are in the private discord channel, they investigate the possible plagiarism and act accordingly..

Watch out Hive abusers, a new defense mechanism has been released! 😎 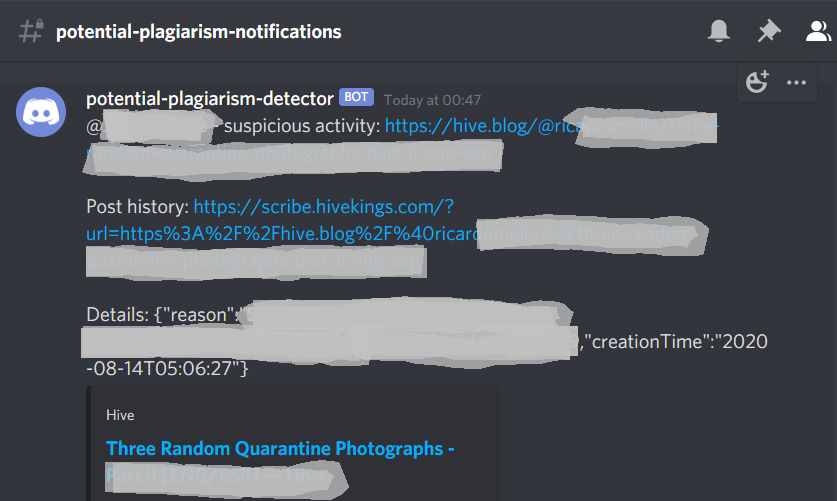 For users re-publishing posts of others we already have @cheeta 👍

@shmooglesukami
Nope, only if they delete their old posts and republish them.

What about a user re-posting original content that she has written elsewhere, say in a blog ?

That’s already dealt with by @cheetah

This will prove to be useful for curators.

I thought users don't earn anything after 7 days. And on the other hand, all reposts are forbidden or only certain users? How is the decision made?

This post was shared and voted inside the discord by the curators team of discovery-it
Join our community! hive-193212
Discovery-it is also a Witness, vote for us here
Delegate to us for passive income. Check our 80% fee-back Program
$0.00
Reply
[-]
keys-defender (68) 2 years ago