Hello everybody! It's been quite a long time since I've come here to share my garden stories and makings. The truth is that I got a little burnout from stress in my daily life and I decided to take a break from everything, and just take some time for myself. I took a week off from my job as well and I tried to exercise a little bit, stretch, spend time with my dogs and partner, and watch movies and stuff. 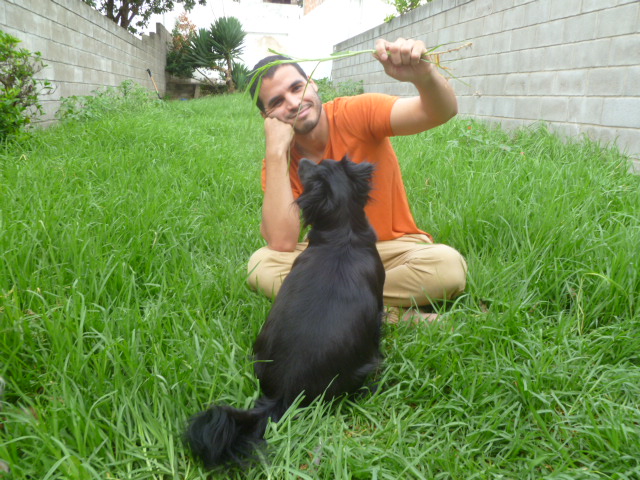 Some months ago I made a post about the backyard being messy because I kinda left it stranded and forgotten for some weeks. The grass grows so fast here, it is really impressive. Despite it being summer, the last three weeks have rained a lot, until it feels like it rains one out of 3 days almost. So, the weather being warm and humid, and plenty of sunlight when it is not rainy, have created a perfect environment for the grass and the common weeds to grow disproportionately.

I’d love to keep the grass in my garden on point, but in reality, I have been living here for 7 months and I still haven't bought yet a lawnmower or some machine to help me with that labor. And using my hands and scissors is hard and demanding of time and energy, which I was lacking precisely these last weeks as I mentioned. My dogs seem to not like it very much when the grass is so high, as for me, since they spend less time playing outside nowadays. 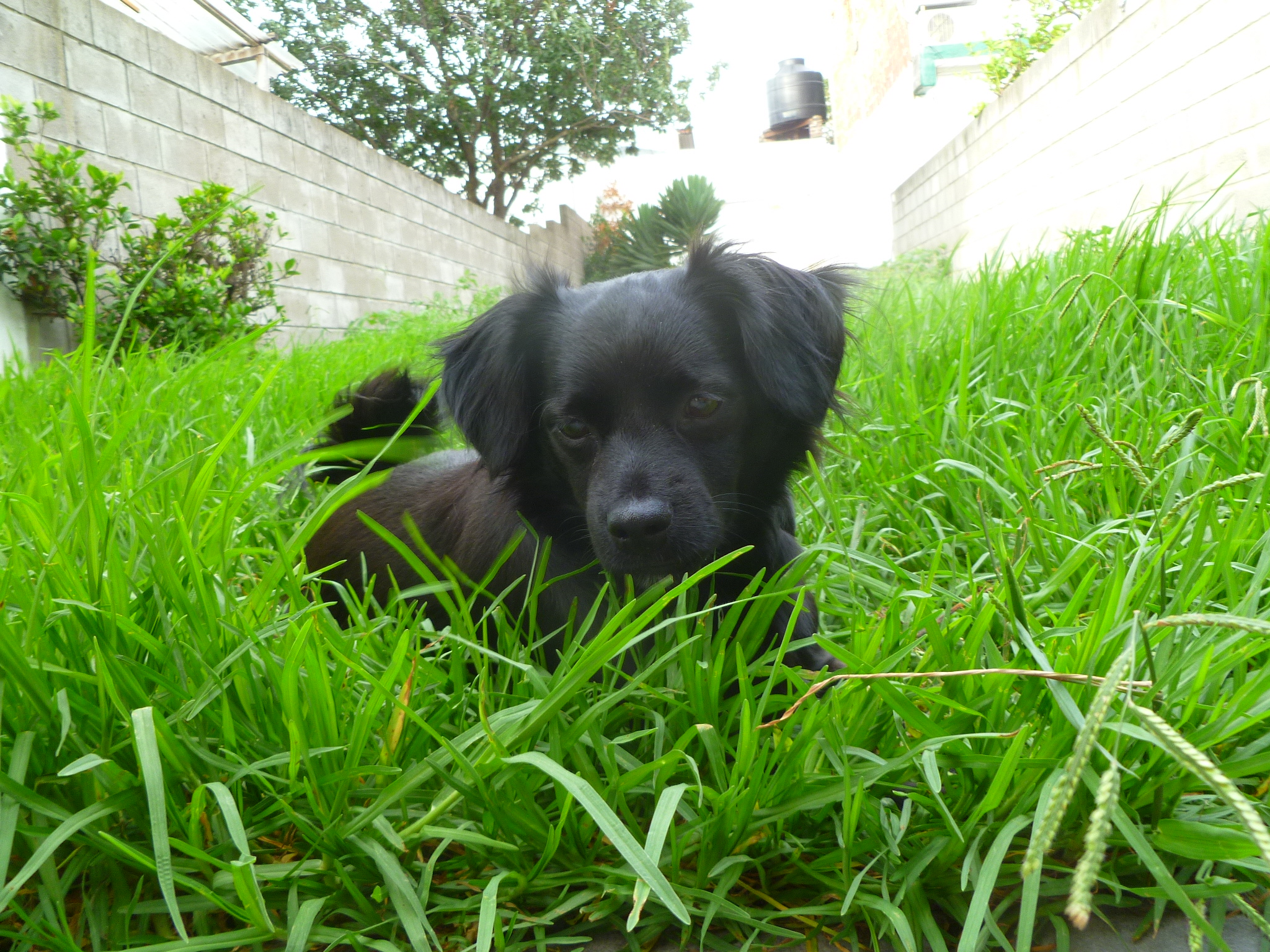 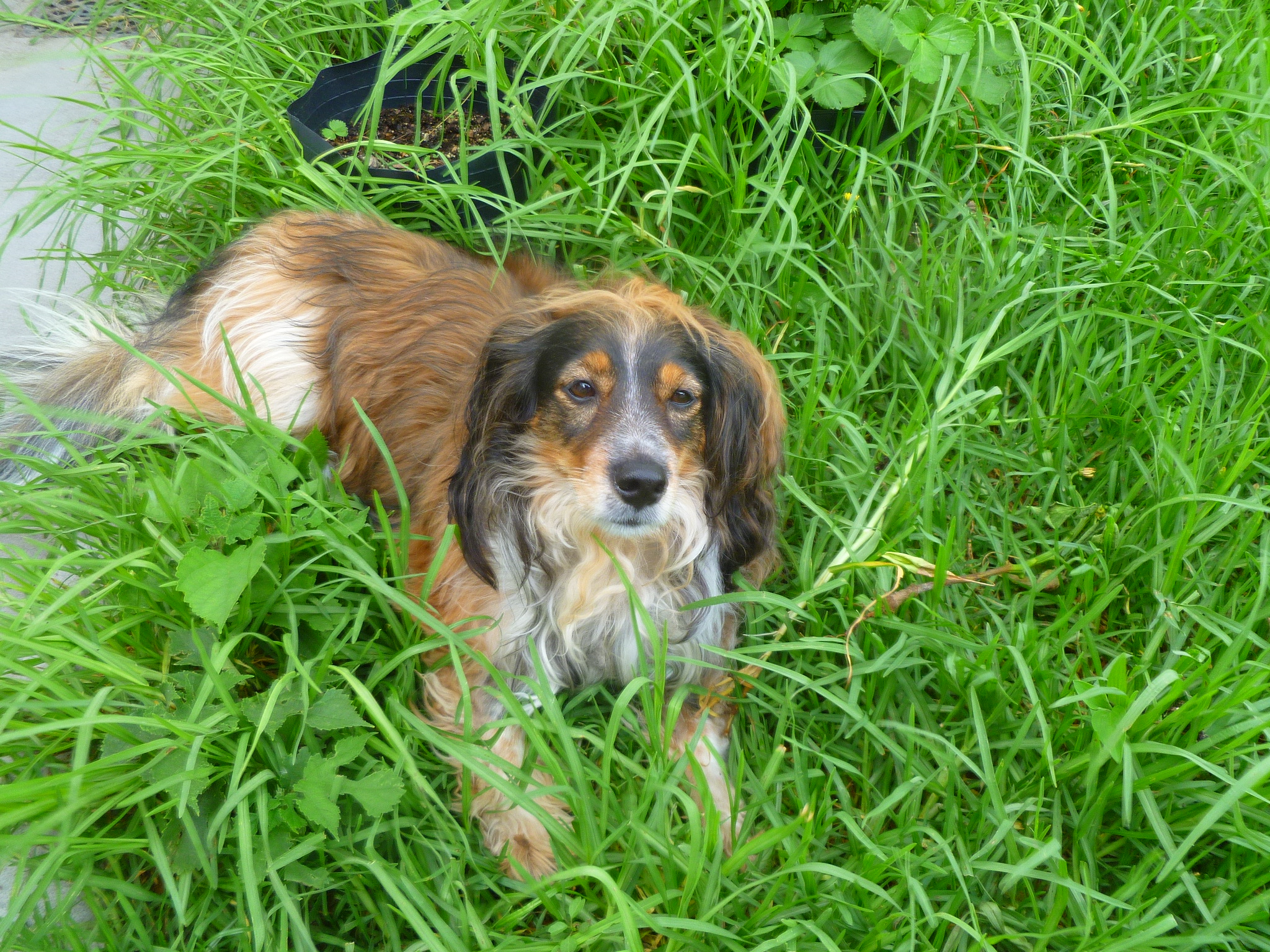 It is a little bit frustrating how common grass and weeds step all over the plants that I have been planting in the garden since I moved, like the small roses, or the strawberries that I am still growing on pots, however sometimes I try to pull out with my hands some of the green around my plants so at least they let them take proper light and they stay healthy until I find a way to make it tidier. 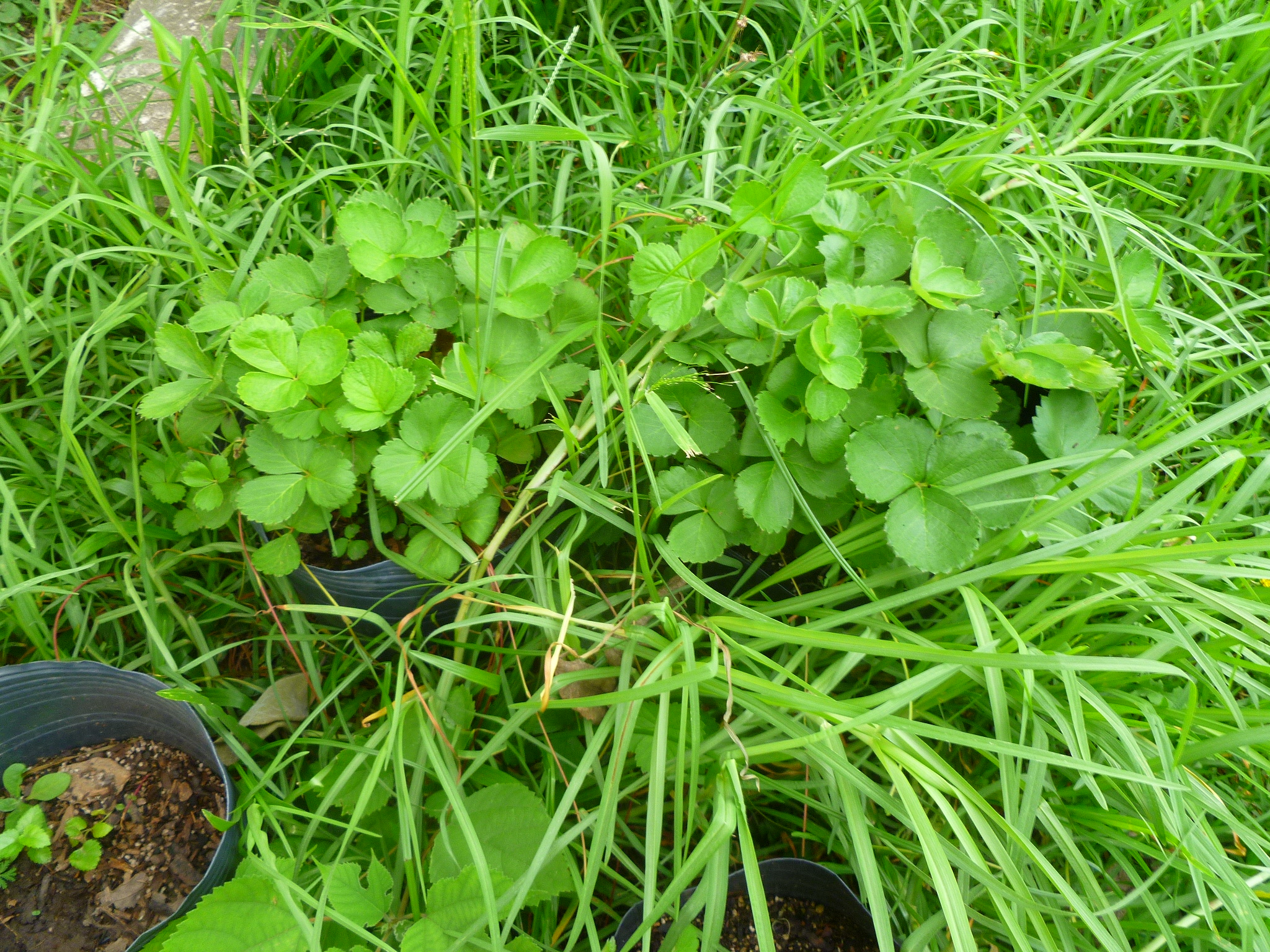 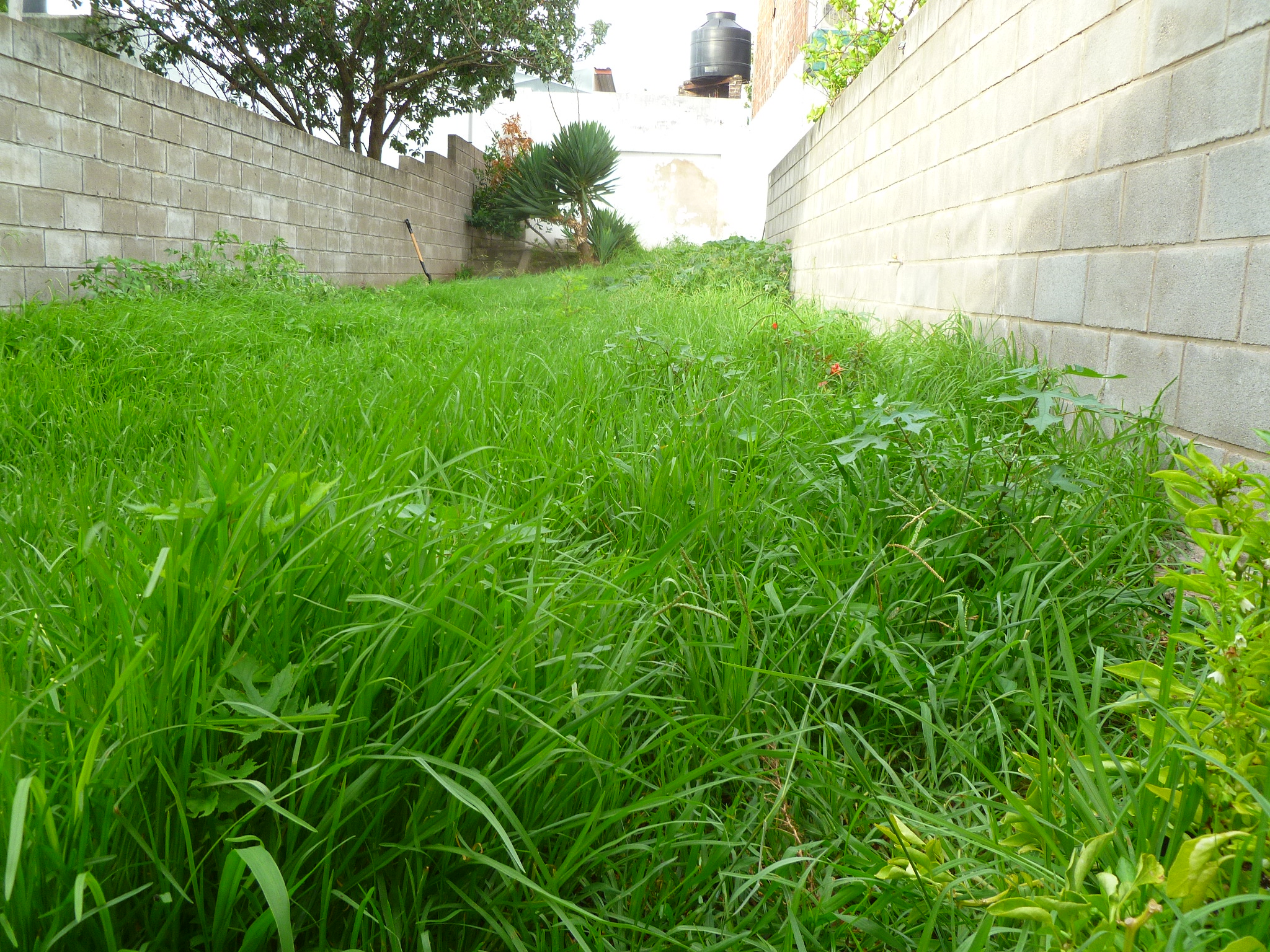 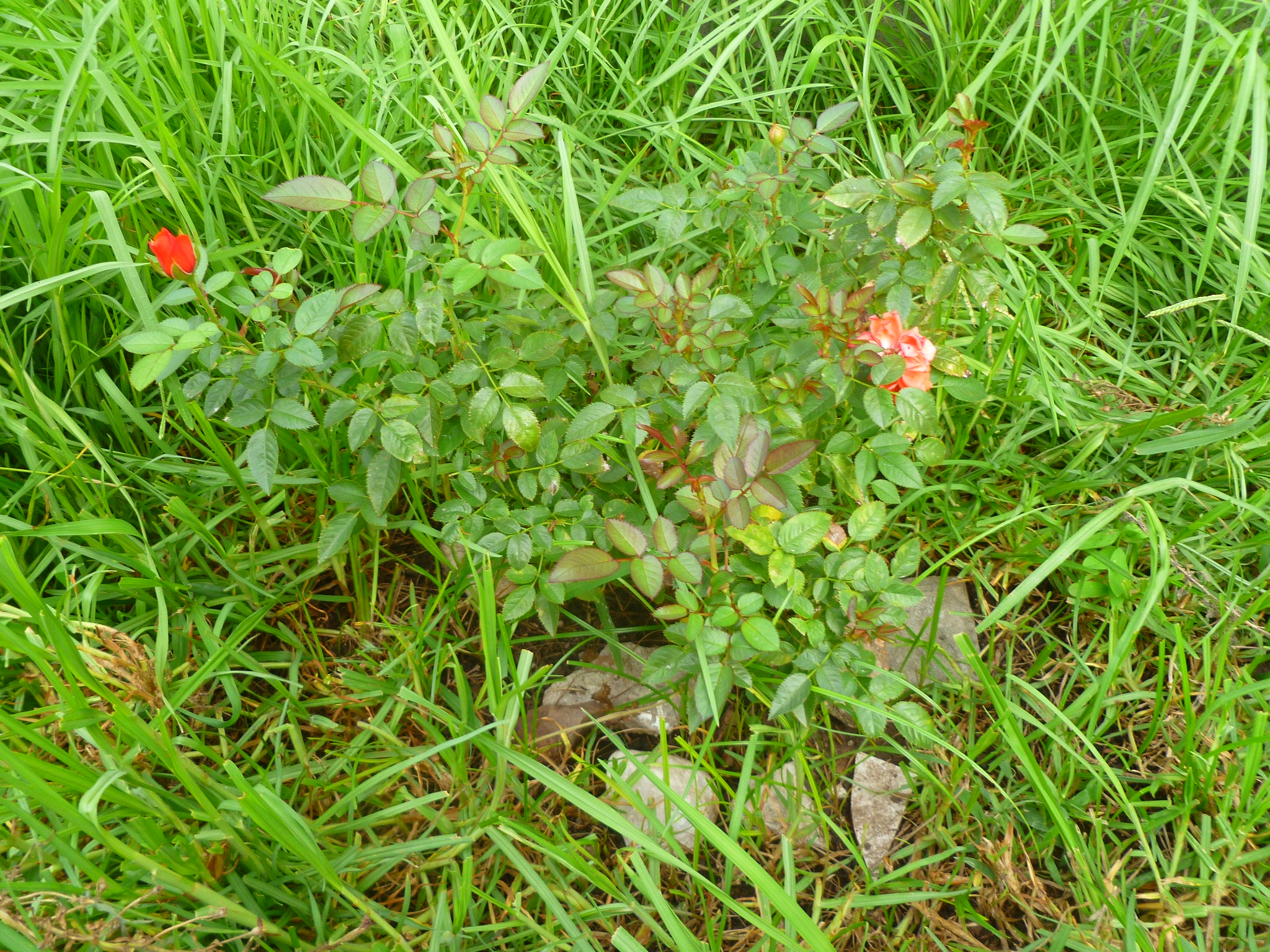 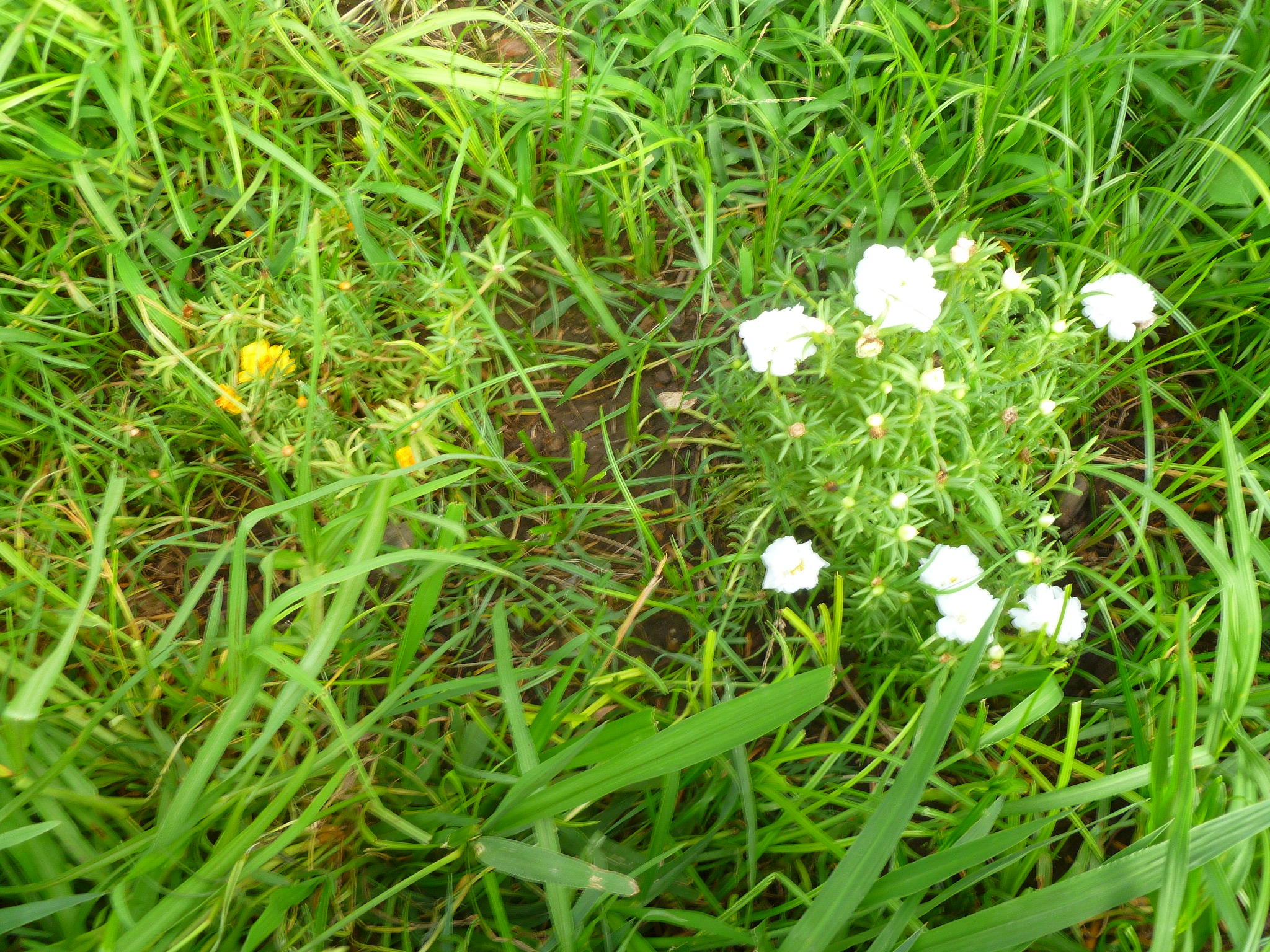 The small space in the garden where I planted basil and tomatoes now looks like a small jungle haha. It is the first time that I sowed tomatoes and I had no idea how big a tomato plant can grow if you just let them. When I placed them there, I thought that they were so small and fragile that I didn't even know if they were going to make it through the night, and now those look huge and the poor basils are still trying to grow in the middle of it all. At least they are still alive, and I use some basil leaves whenever I'm cooking some tomato sauce or so, the smell and taste that they give to the food is great. 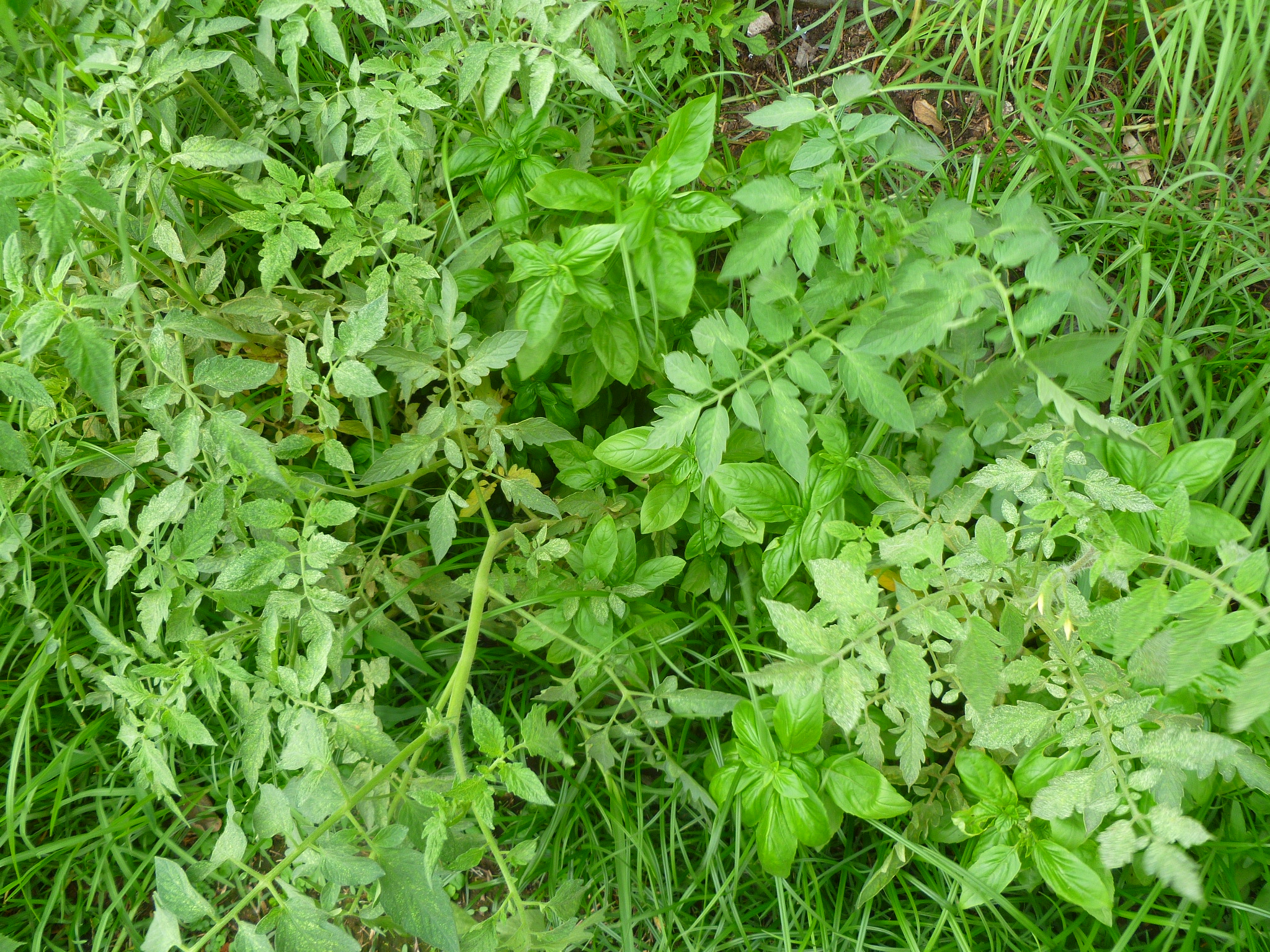 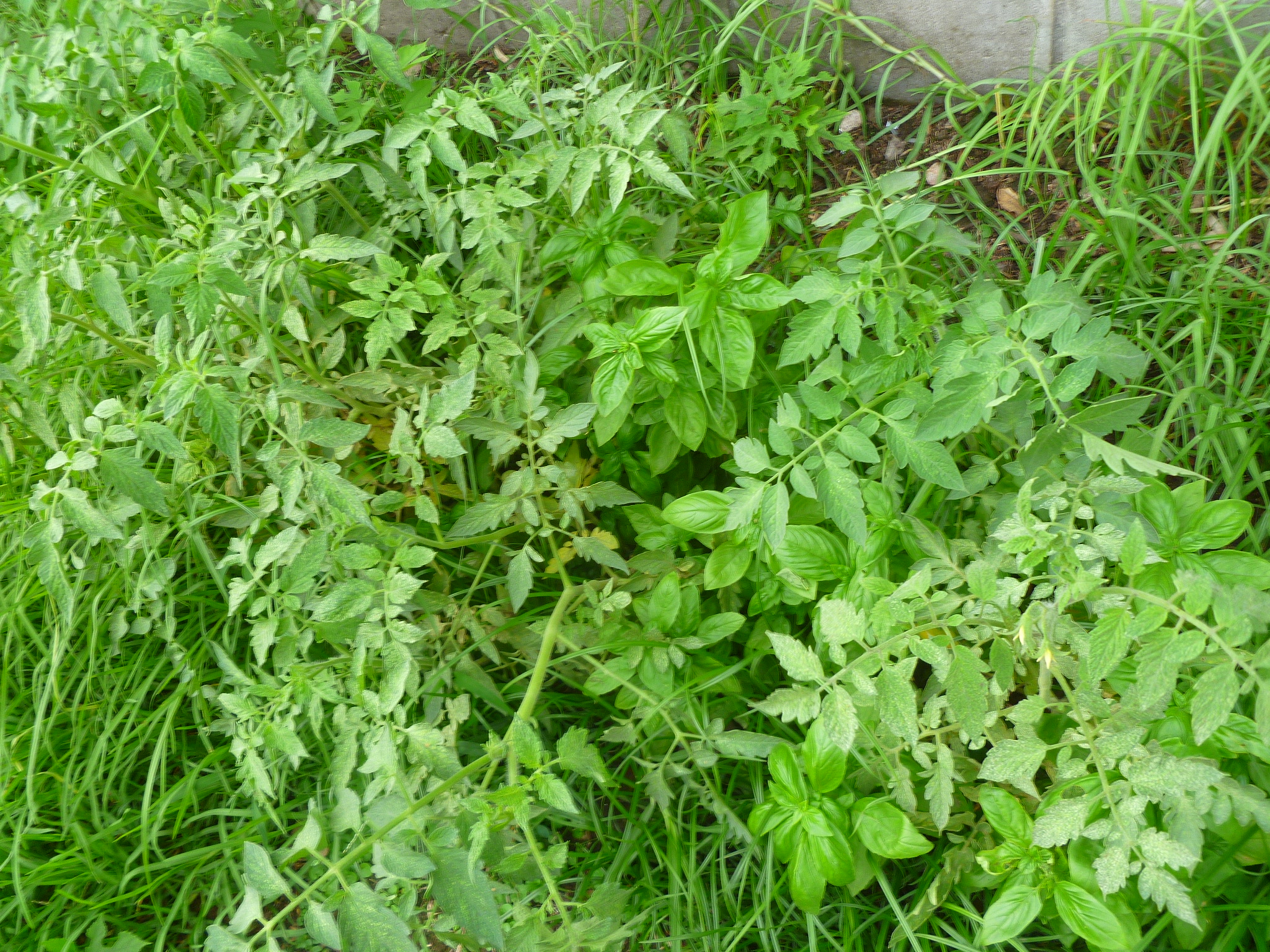 Another big surprise for me as an inexperienced farmer has been my squash plant. I will show you below a picture of those when they were only seedlings, now it has been like 4-5 months since I made the post about sowing the seeds of squash, and the plants have been growing non-stop and taking a lot of terrain in the backyard. My boyfriend does not like this squash plant too much, and right after he convinced me to reduce it significantly, I found 2 big squashes hidden in the undergrowths of it, so we decided to keep it as it is until those beautiful squashes are ready to reape, then we would prune it almost entirely unless we discover another hidden squash, then I would only leave that branch as well. 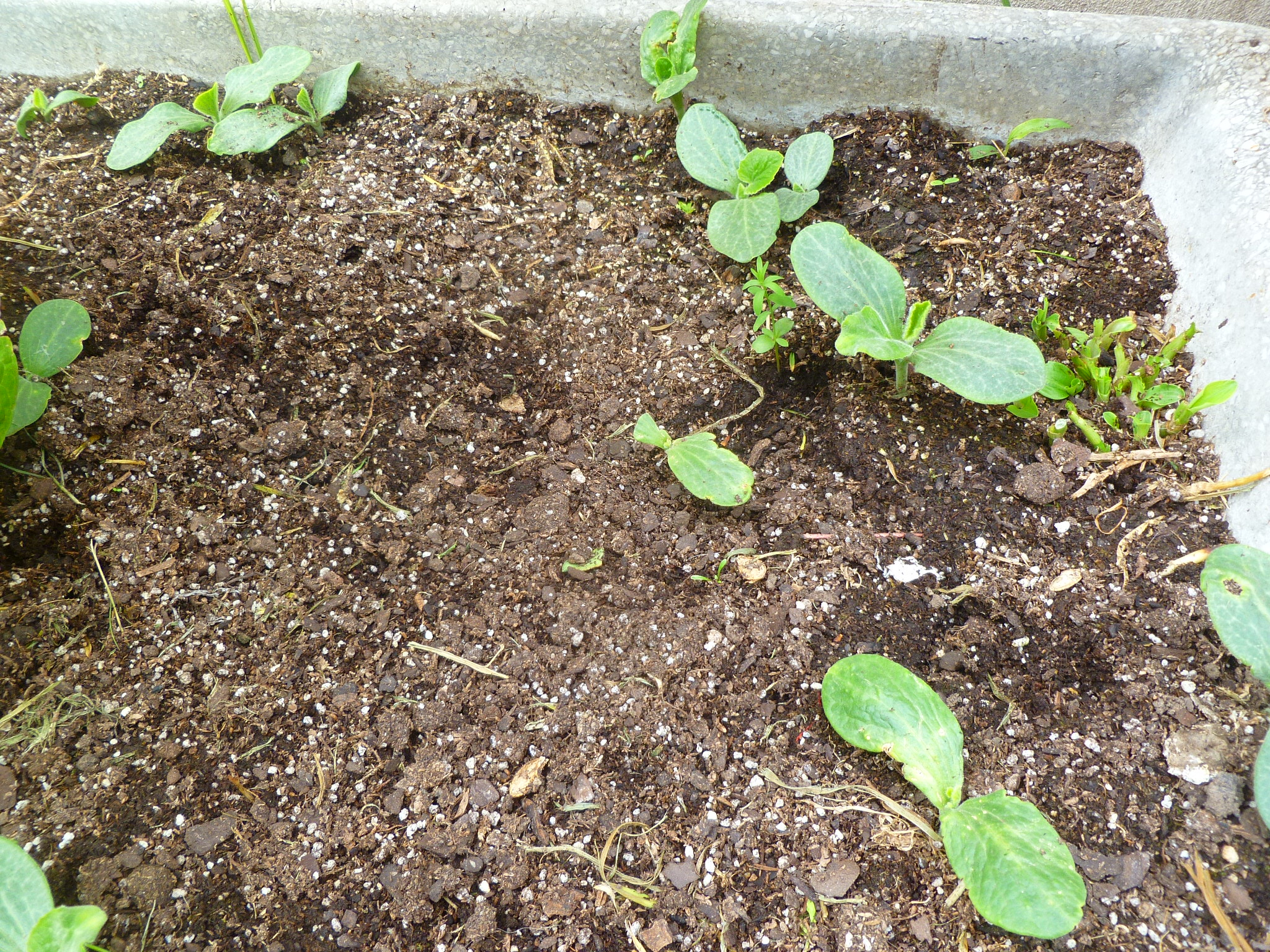 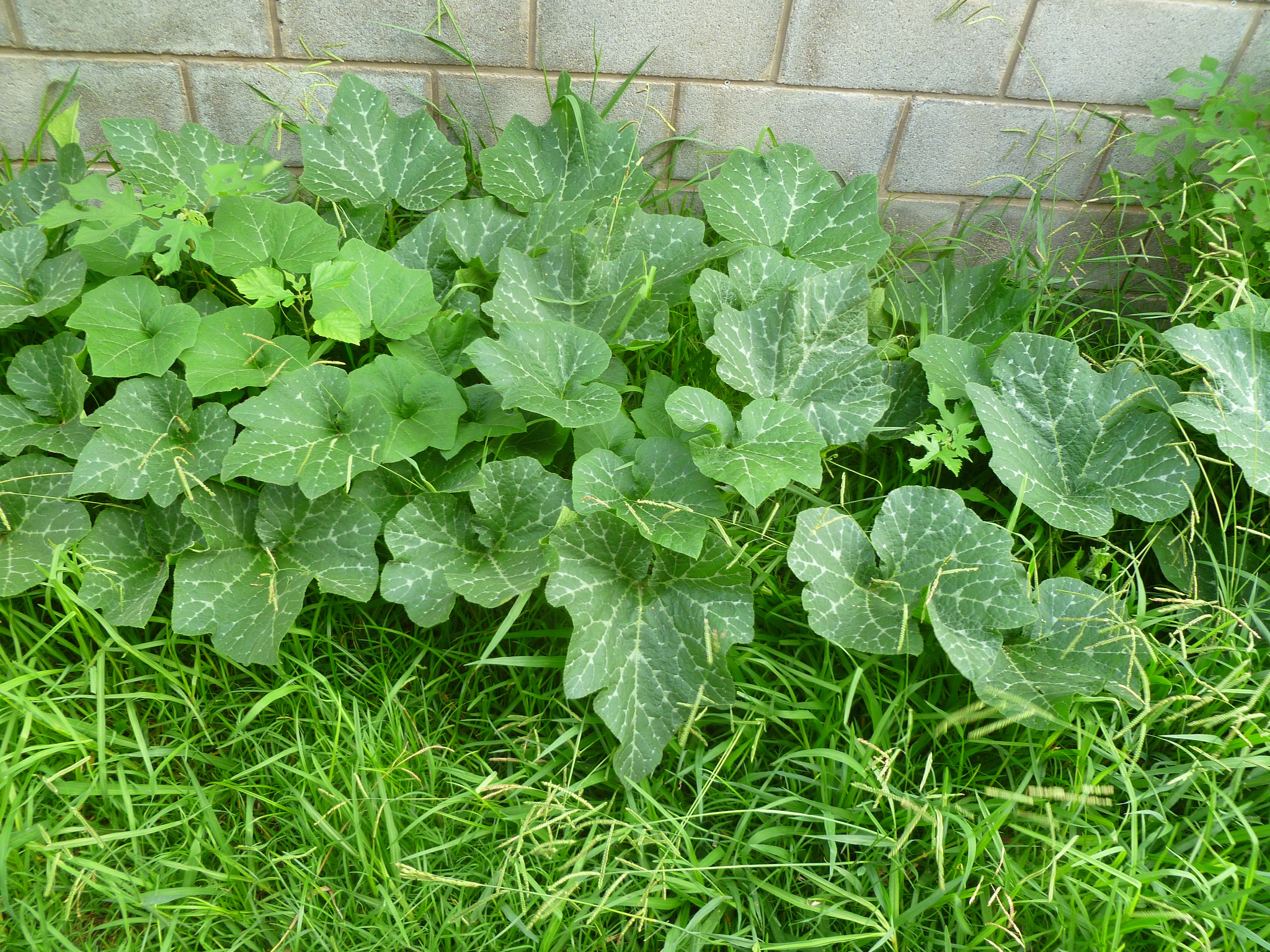 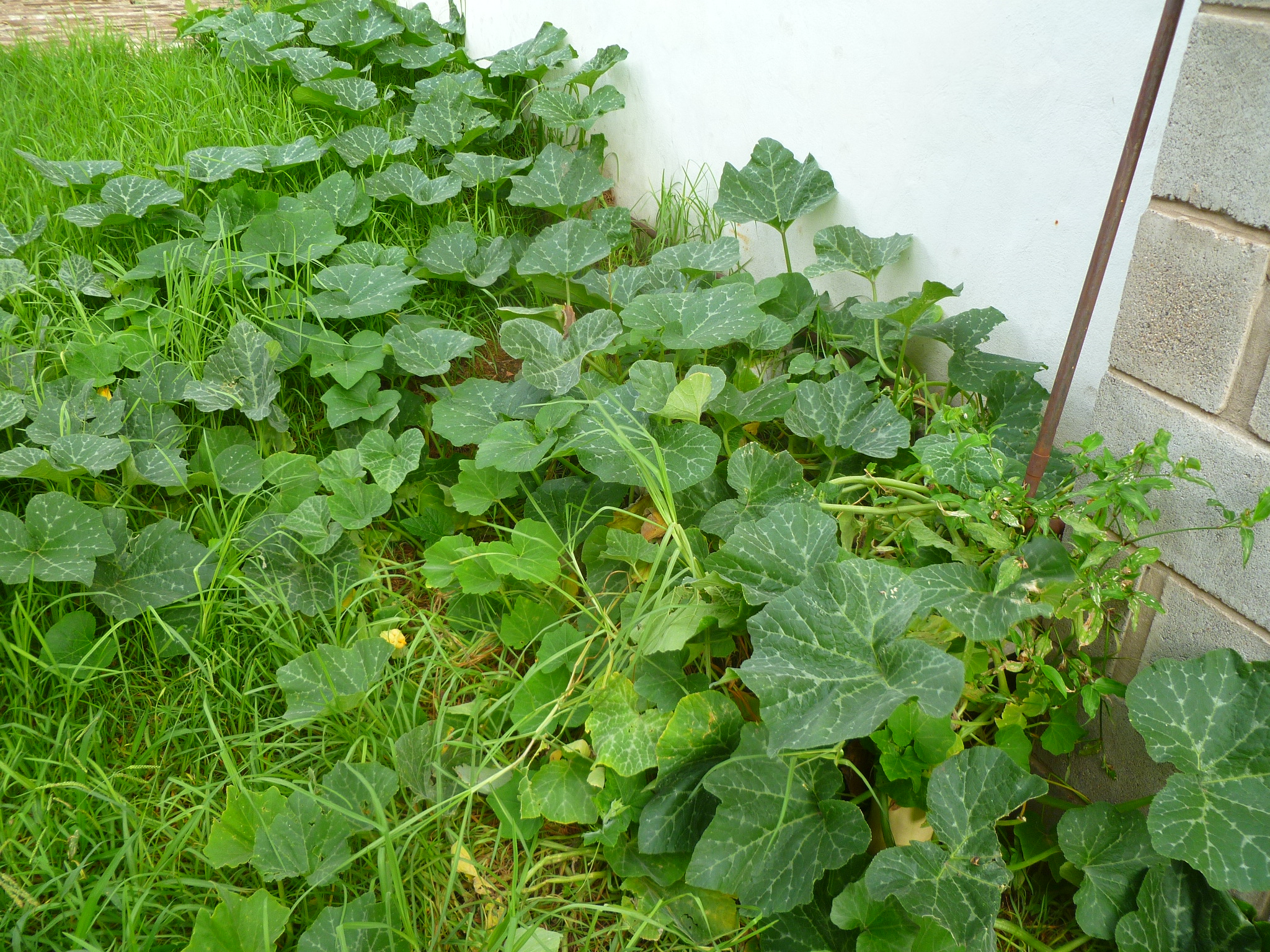 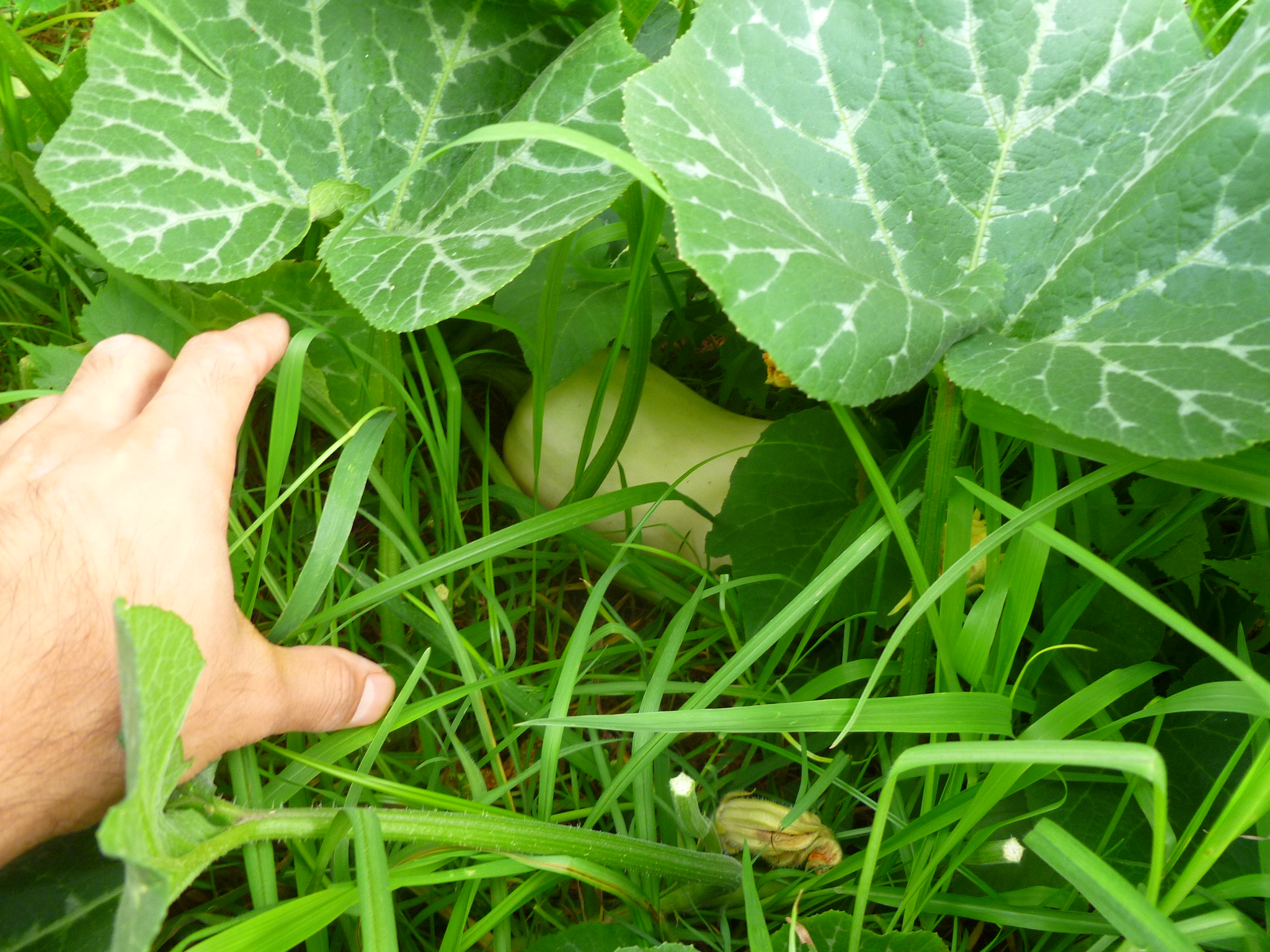 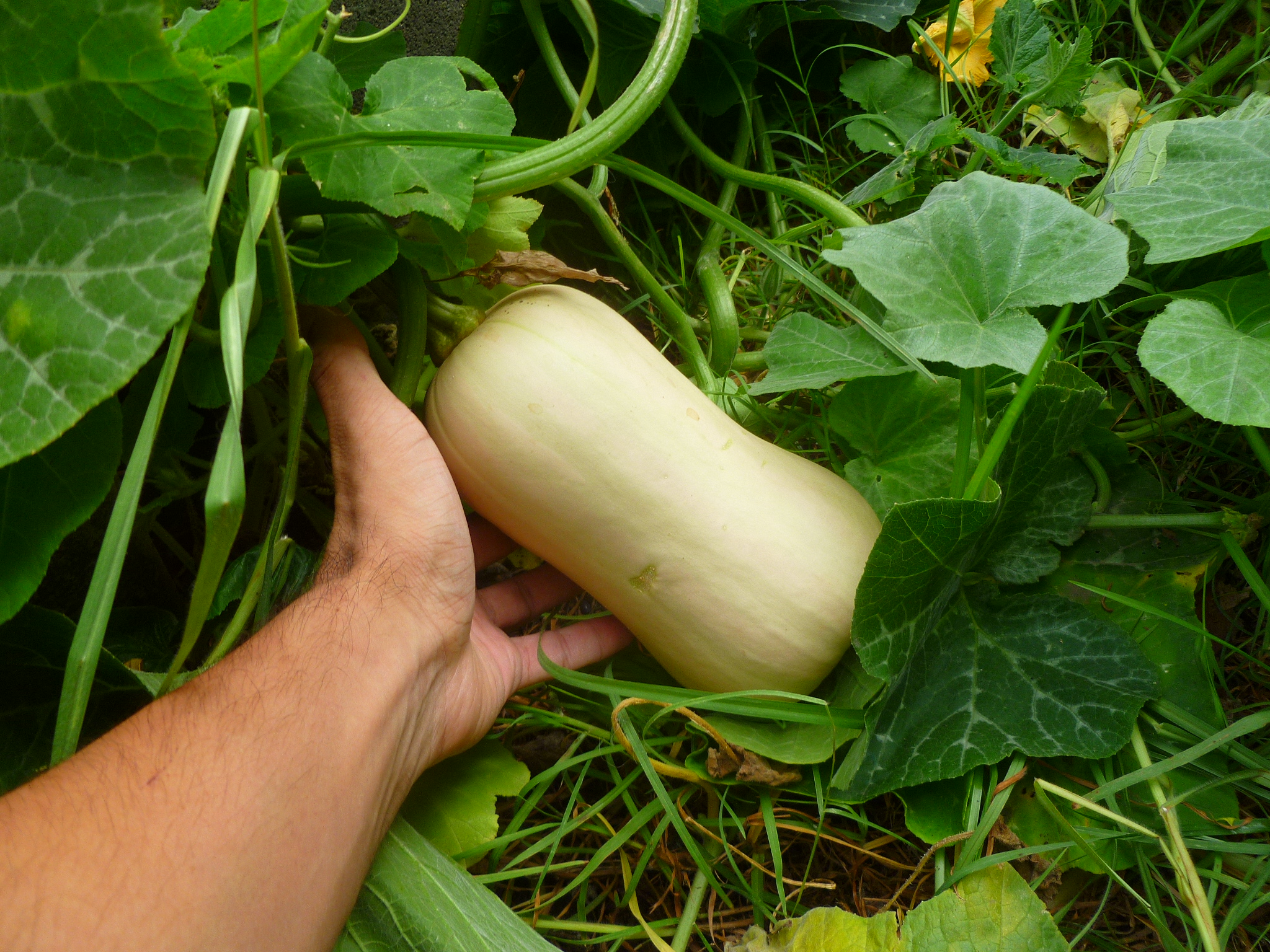 What I did on this occasion apart from watering my plants like always, was to transplant some small trees that I am growing. I have two small lemon or tangerines (I am not sure) growing in the same pot, so I decided to finally separate these two siblings from each other until the roots of them got so tangled that removing them would cause too much harm. I placed each on an individual pot wishing that I did it so softly that they would survive to grow better and stronger on their own. 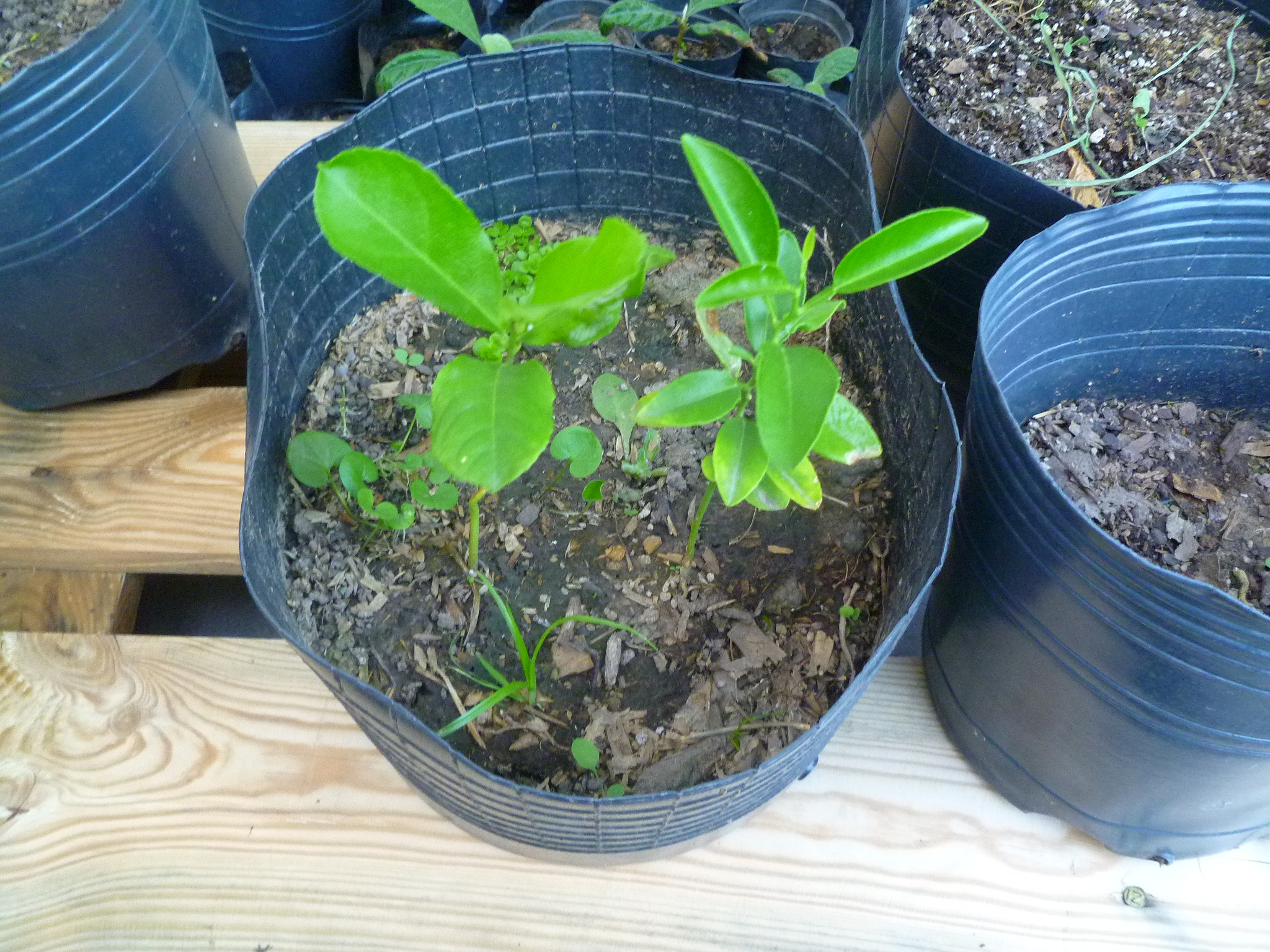 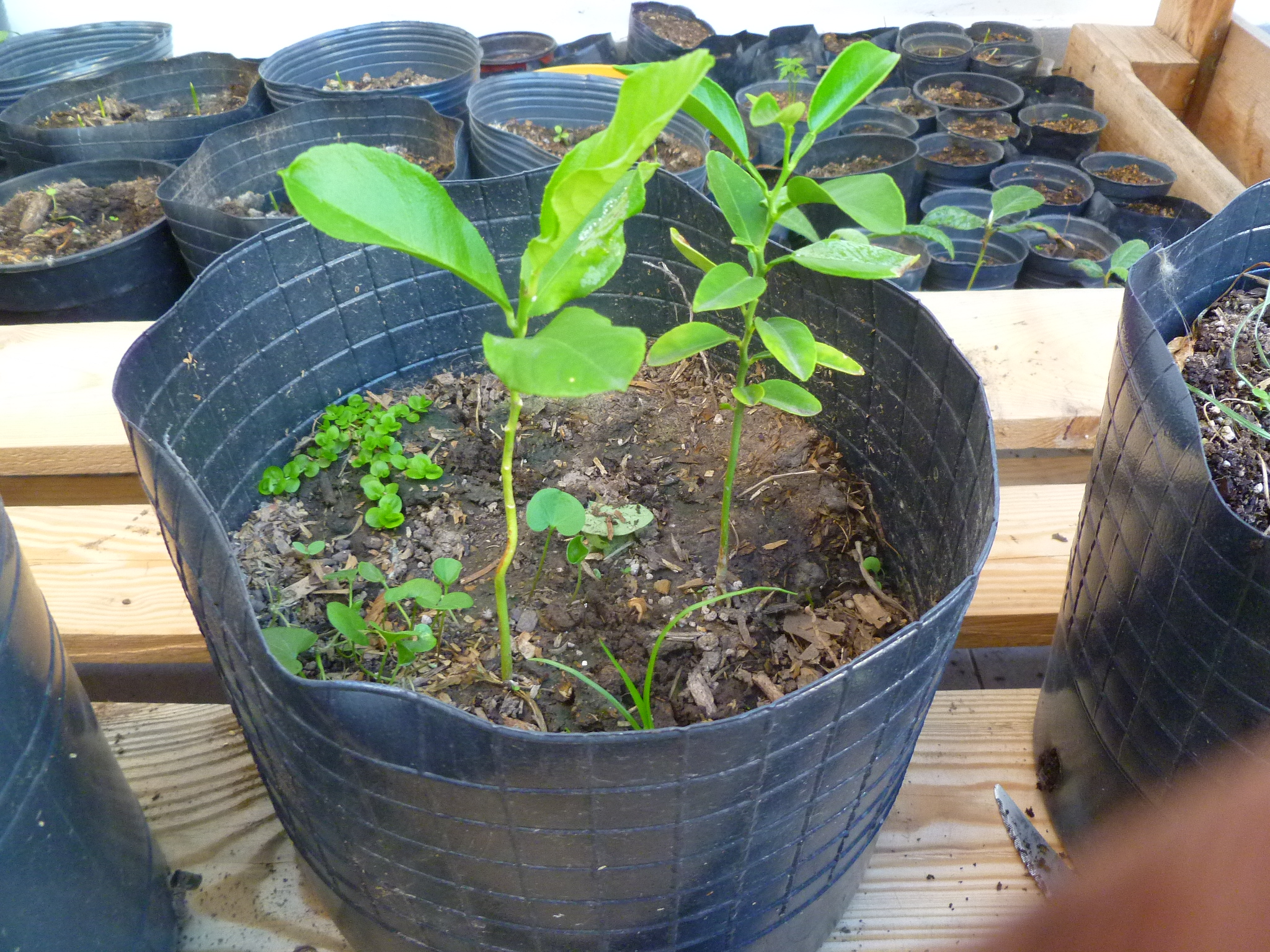 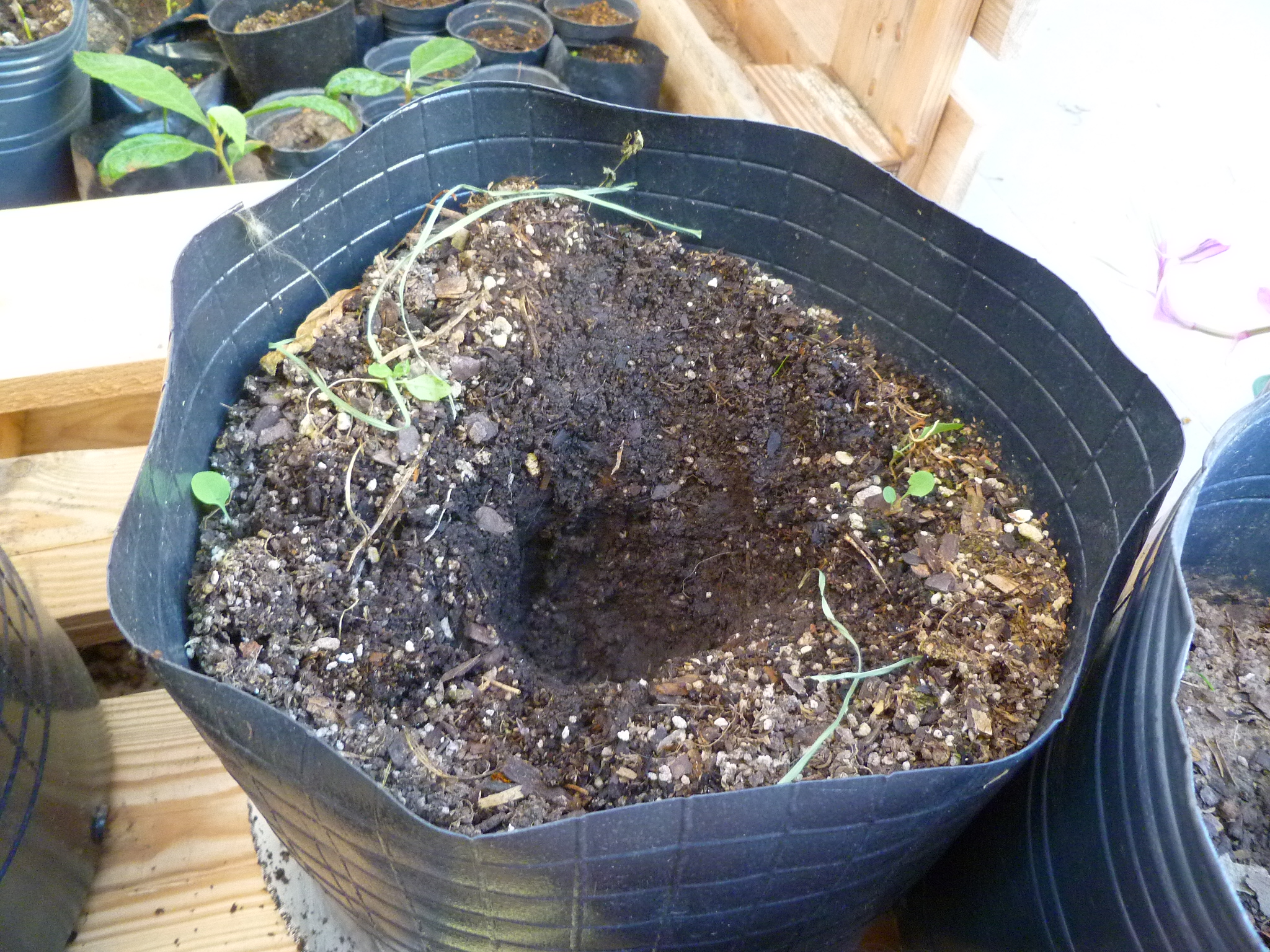 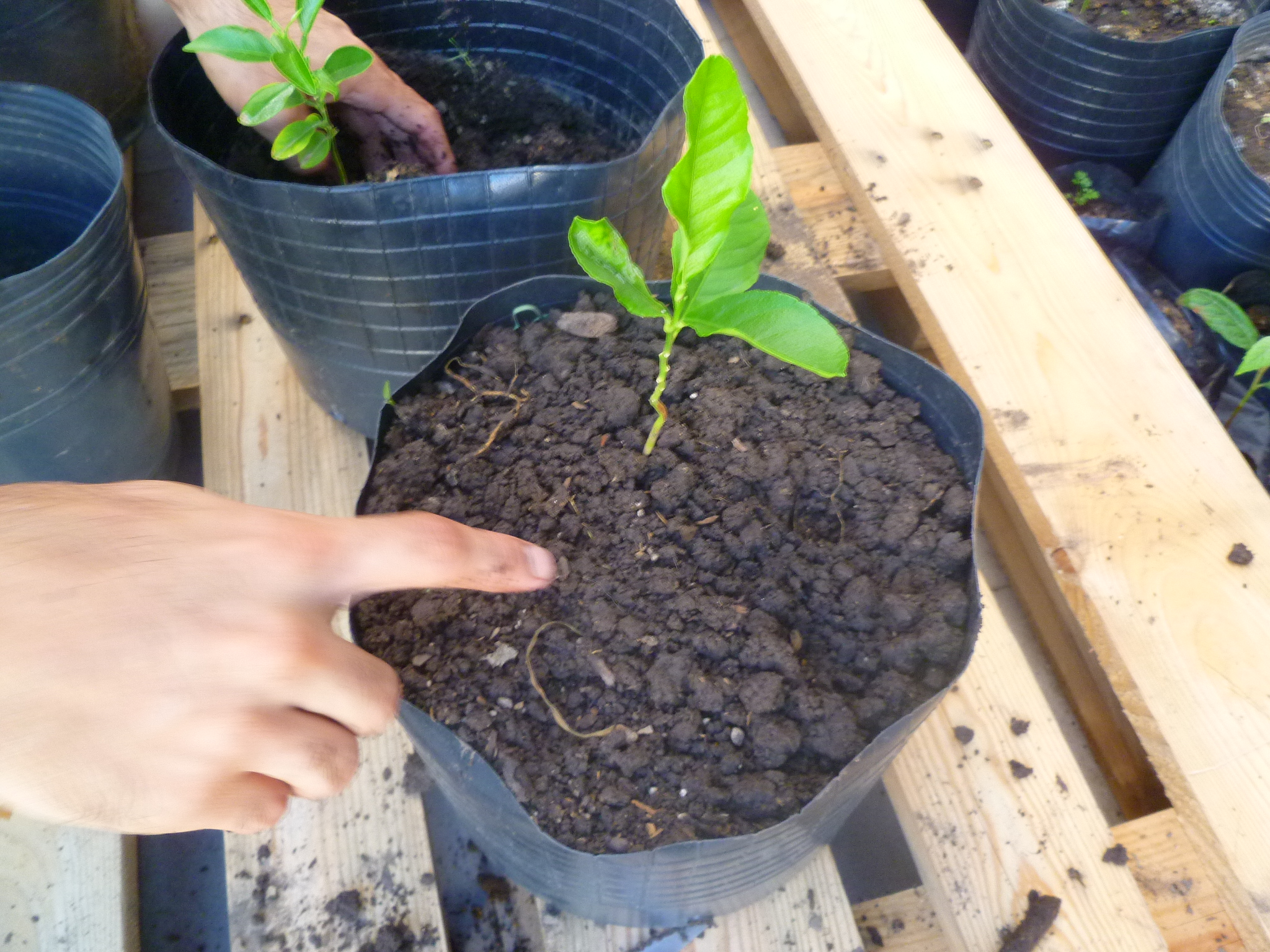 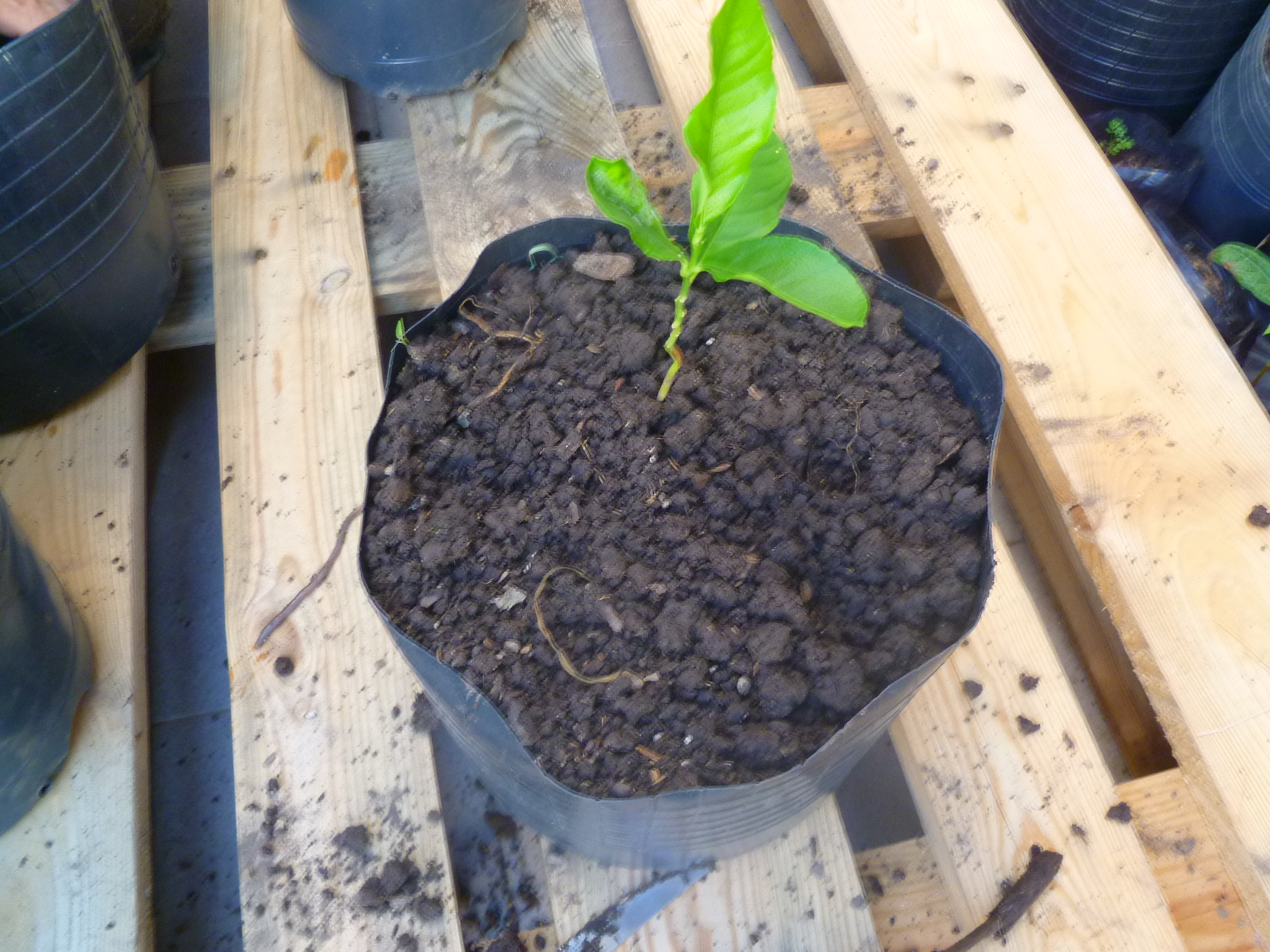 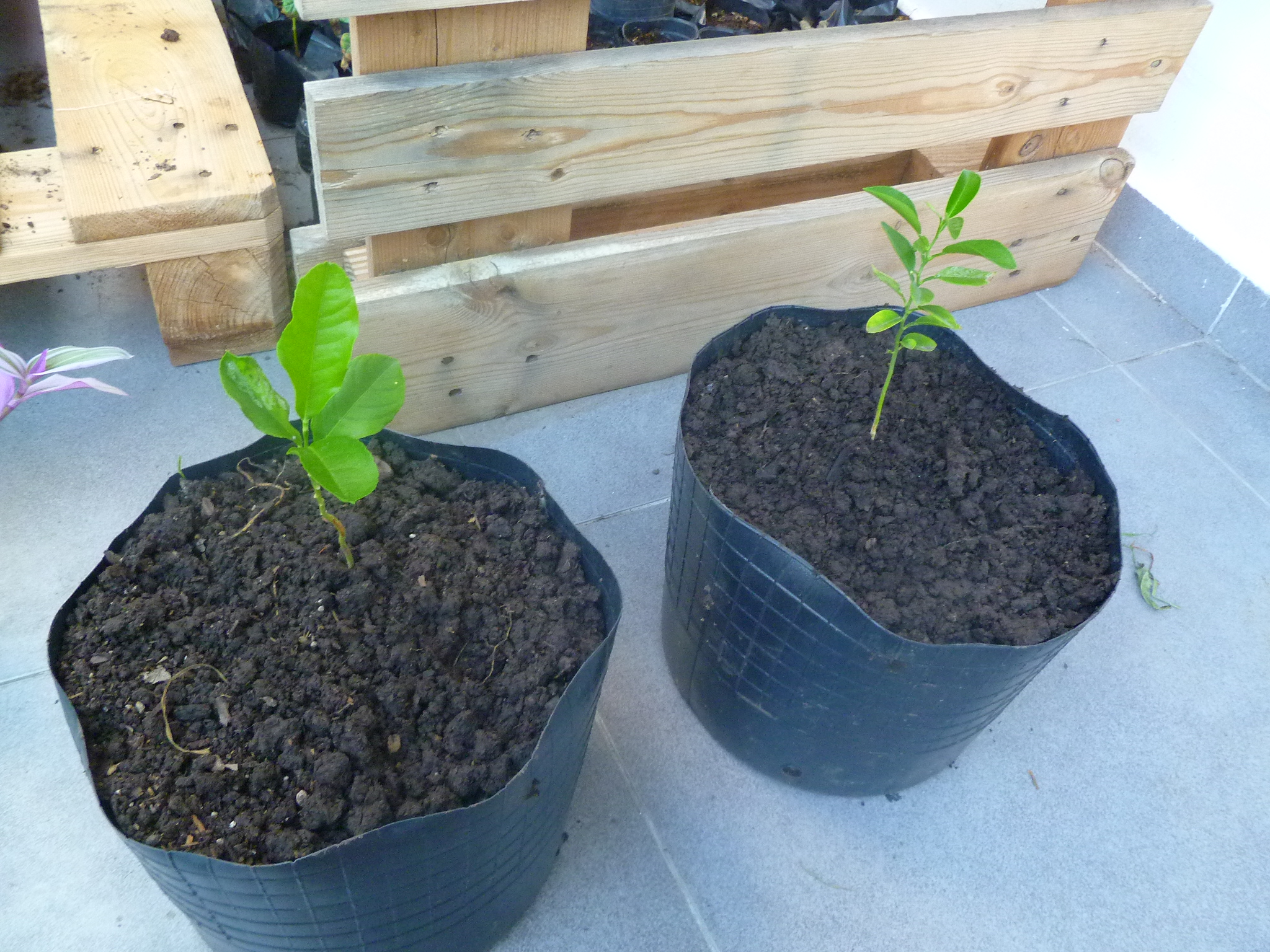 Other seeds from what I believe are called Japanese medlar have successfully sprouted. I consider these trees to be really pretty and I see them around everywhere here in town, so I think they will grow steadily in this weather and I have already transplanted three of them to a bigger pot on their own with the same wish that they would survive and develop properly. Below I show you the same pictures from the day I sowed the seeds and how they have grown. 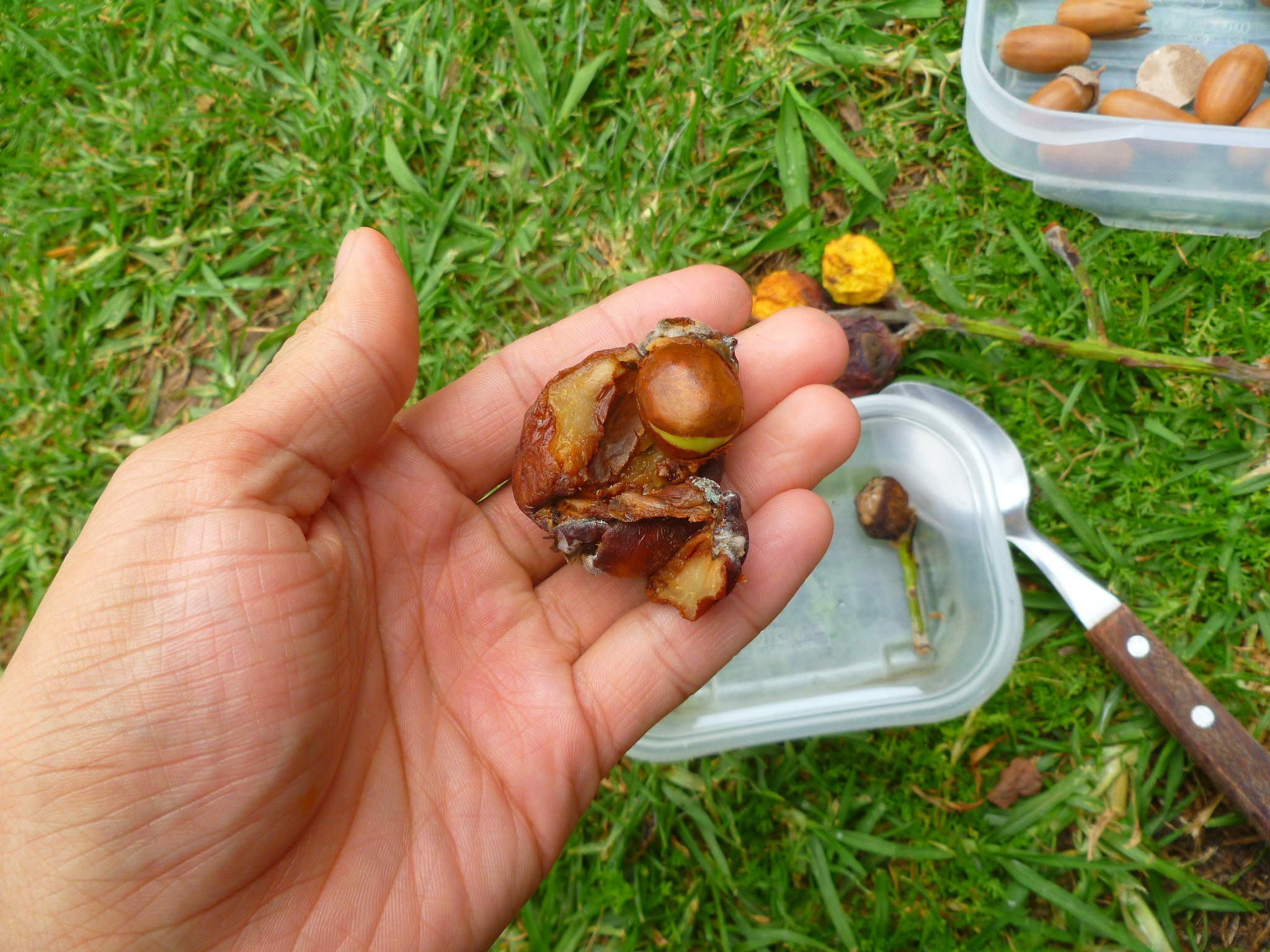 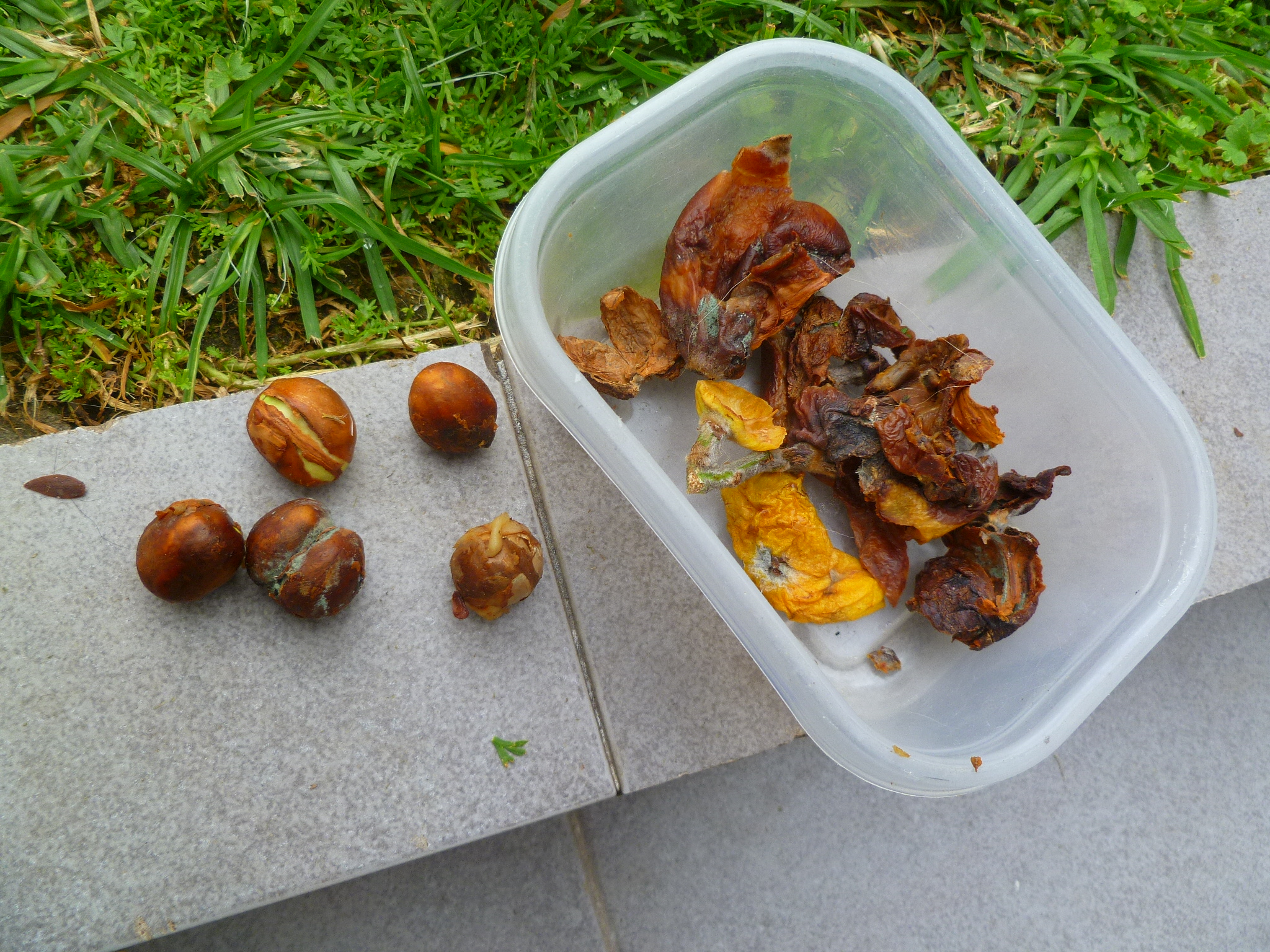 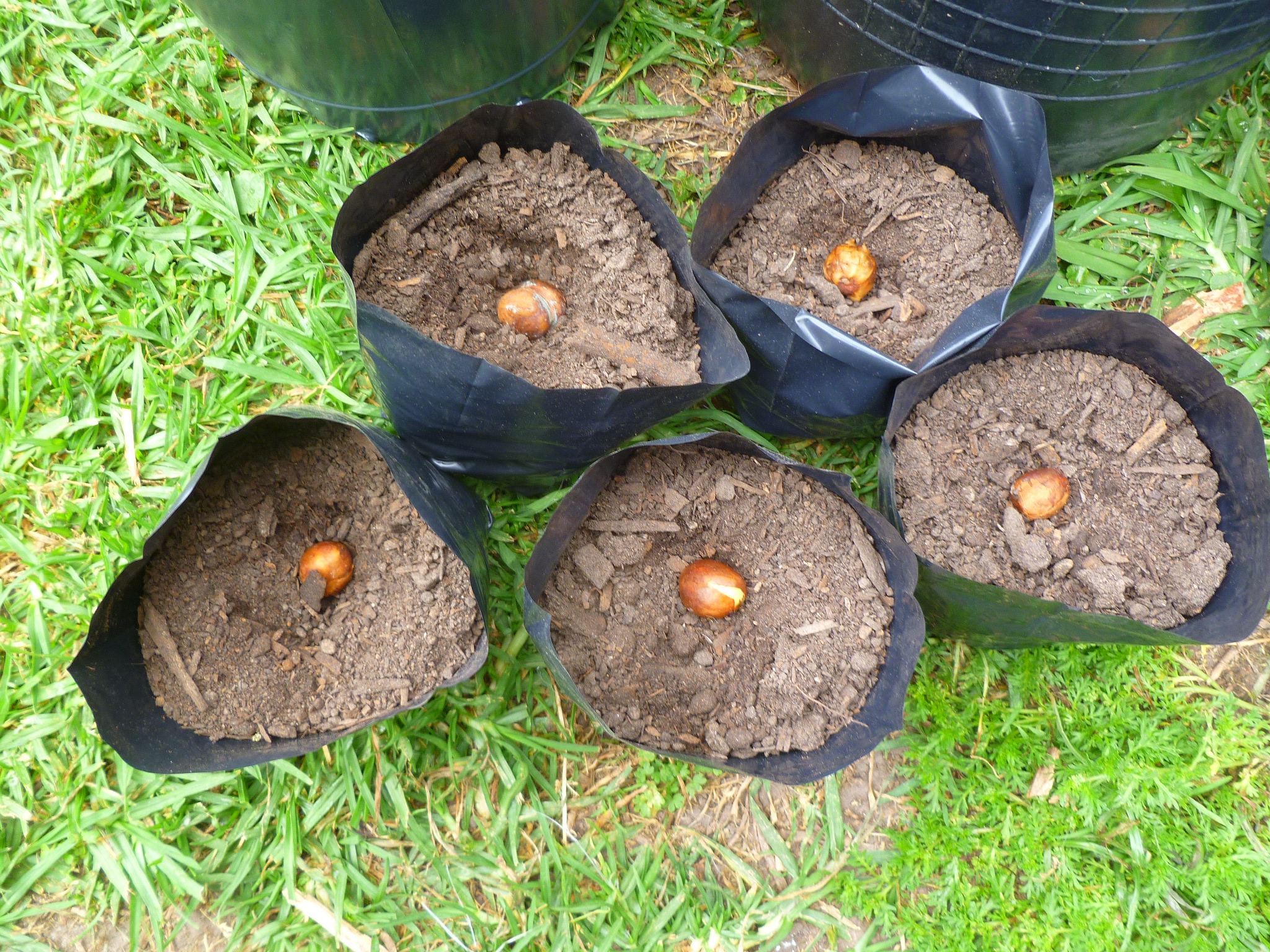 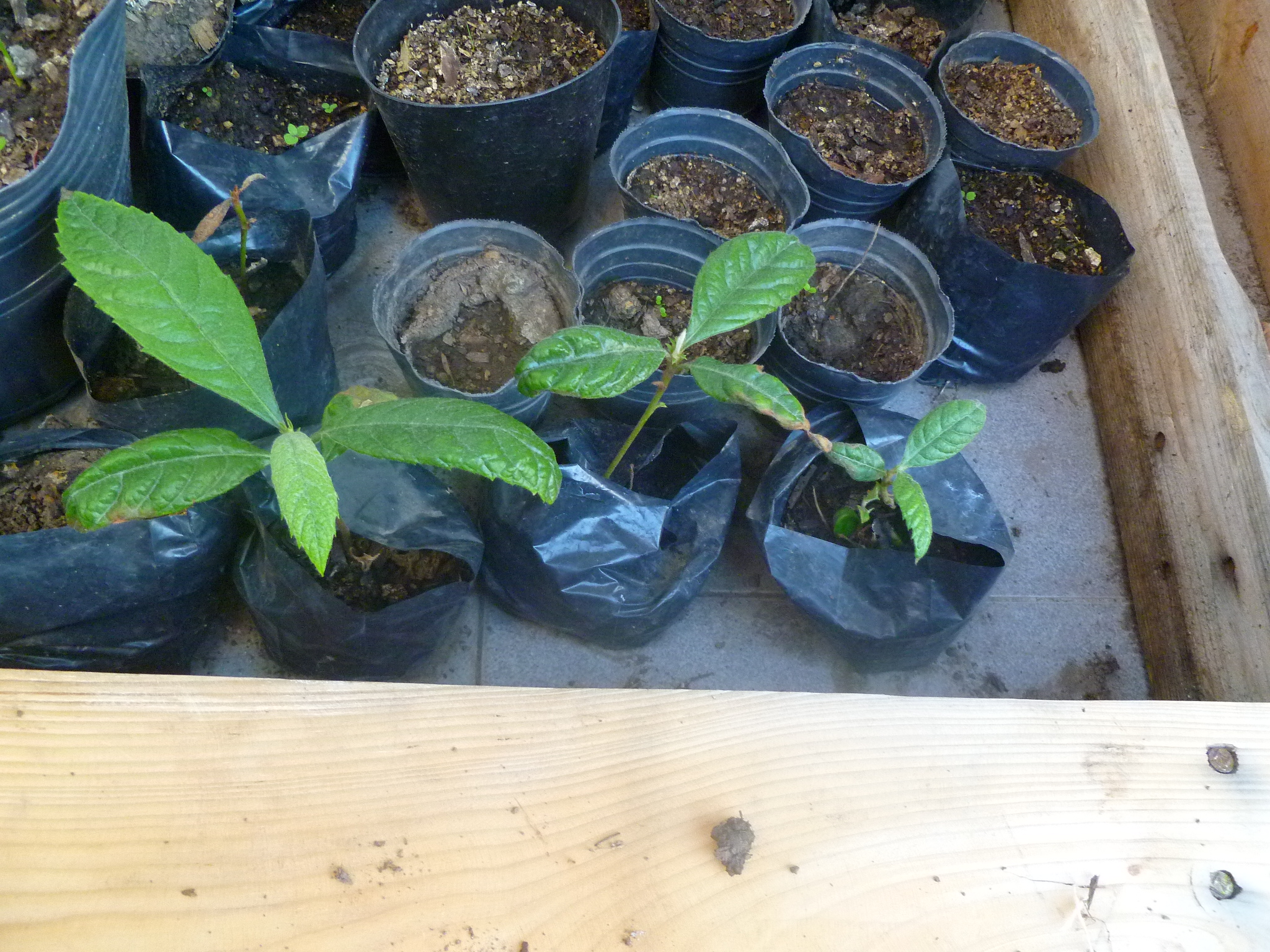 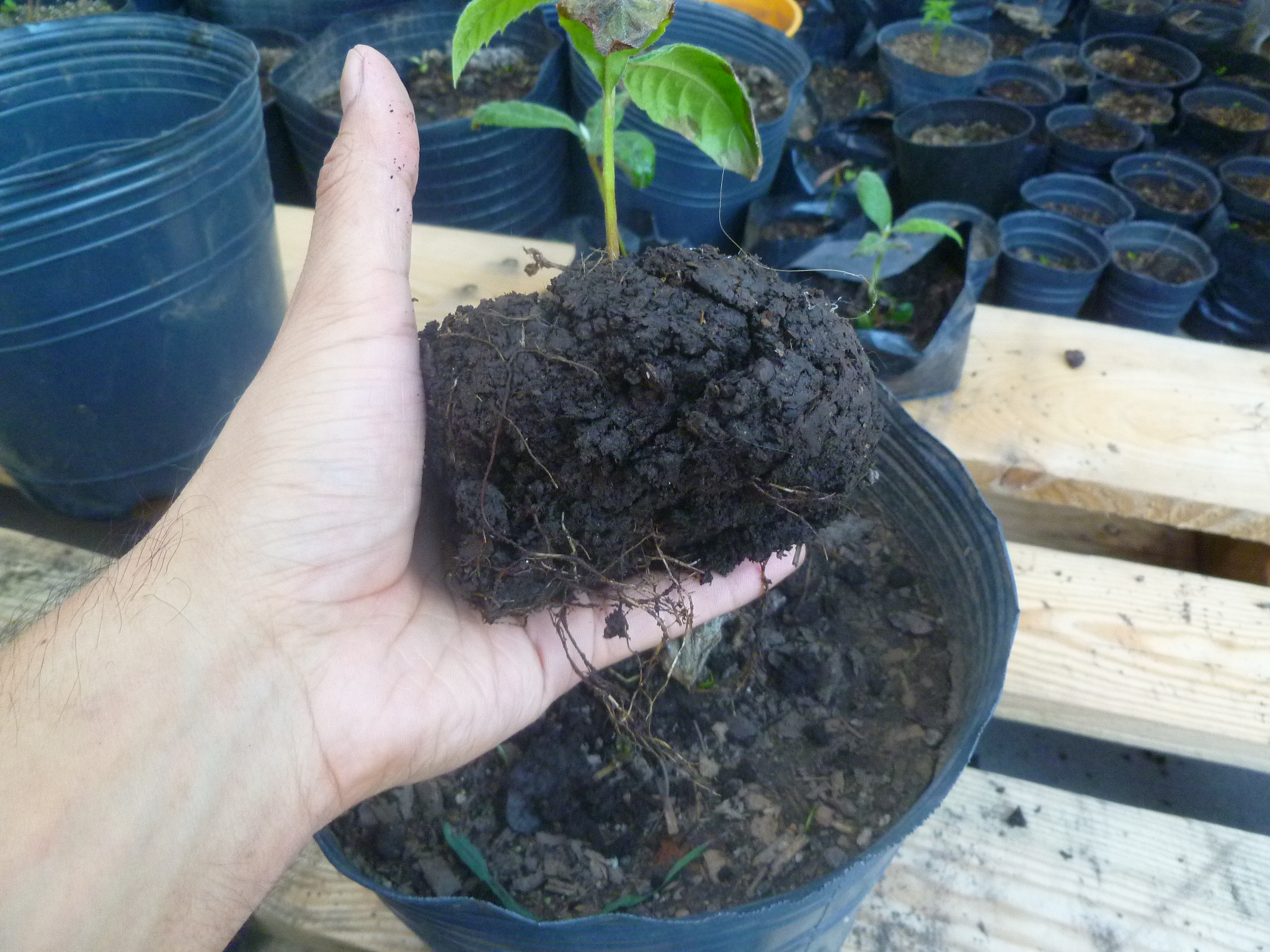 Hopefully, I would hire soon the same guy who helped me the last time with his automatic machine to prune quickly these grass, and I already set up a new goal to get my lawnmower so I can keep my garden as I want it to be weekly, and that way I won't let the grass reach to this point over and over again because it gets frustrating for me and my plants also suffer as they get a little suffocated by all those weeds. 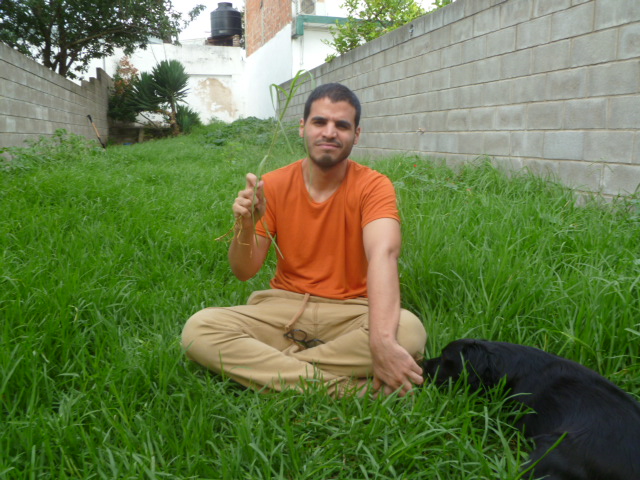 I will try to come back to Hive slowly and at my rhythm. Thank you if you got to check on this post, for your time. Don't hesitate to give me any advice that you find useful, I deeply appreciate each input. Regards to all! I hope that you keep being healthy and fine, until next time.

Hi @cesarj21, nice to see you again. Well, life is not a uniform, it's a series of ups and downs, good days, bad days, not every day is the same. I see your garden and without a doubt it is an arduous task to keep the grass level, as well as to eliminate those weeds that you don't want to be there; and the way to make it more effective is with a mowing machine, and doing it at least once every 15 days. Regarding the seeds of the Japanese medlar (Eriobotrya japonica), I can tell you that it is a very powerful natural medicine for kidney stones. These seeds are roasted little by little, ground and reduced to powder, and then consumed as a tea. I can also tell you that they are trees of considerable size, so you have to know where to plant it.

I hope you get your energy back and feel better. Greetings.

Hello @sirenahippie! It is really nice to hear from you again, thanks for showing up and taking the time to read my post.
Yes, indeed I have to buy those plastic Piggy banks that we used to have when we were kids and start saving for my automatic mower so that I can keep the garden on point, I would love that.
It was surprising when I read about the medicinal use of the Japanese medlar, I did not know that. For the moment I am interested in keeping those small seedlings alive, and transplanting them as they grow until I find a good spot where I know I will be able to take care of them and they can reach their final size. As you know, it is a dream of mine to be able to cultivate some trees in the years to come, and I think these will provide shade, shelter, and food for plenty of animals.
Again, thank you so much for your kind words and your input, I wish that you continue to have good days and you also keep your energy levels well channeled.

I knew it! It was Strawberry. How many dogs do you have? You have fertile soil! It is easy to notice because the ground is black and porous.

Indeed, I started to sow strawberries at the beginning of the summer, and although they haven't started forming any flowers or fruit, the plants are big and look very healthy. I have two dogs, the black one is a male called Pauchi, and the multicolored one is a female called Rita.
Luckily you are right, this soil is porous, rich in nutrients and worms, and a wide variety of plants find this soil and weather proper to grow, so there is a lot of diversity here amongst the vegetables.
Thank you for taking the time to read my post and for commenting! I appreciate it. Greetings and best wishes!

Those weeds are very tall now, I will be glad to remove them (^_^)

¡Yes! very tall, I don't know how they can grow so fast haha. Once I control the whole situation again, I’ll surely show you the after and you can see the difference. Thanks for reading! regards, friend @afterglow

You're welcome my friend @cesarj21. And I am very excited to see the difference (^_^)