arseniclullaby (67)in GEMS • 3 months ago (edited) 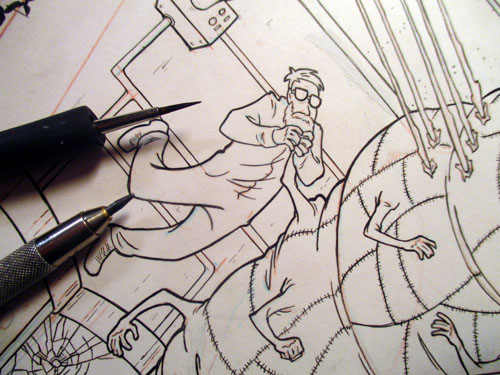 I've been VERY busy lately with several projects at once. Which for the time being is fine because...I've been in no mood to contribute to the pop culture via my own work...because, I loath just about everyone. I'll get into that some other time.

Today though, I'm gonna walk you through part of a project I am not at liberty to fully reveal. Not "fully". Which means I can reveal pretty much everything but main characters...heh.

This is for a graphic novel ( big thick comic book) by a rather interesting fellow, who has not done a comic book before but has been an important part of a one of a kind creative entity in a different medium(Music). I can't get more specific than that yet.

As always, I start with a quick sketch of the scene ( our heroes fighting a giant alien monster)... 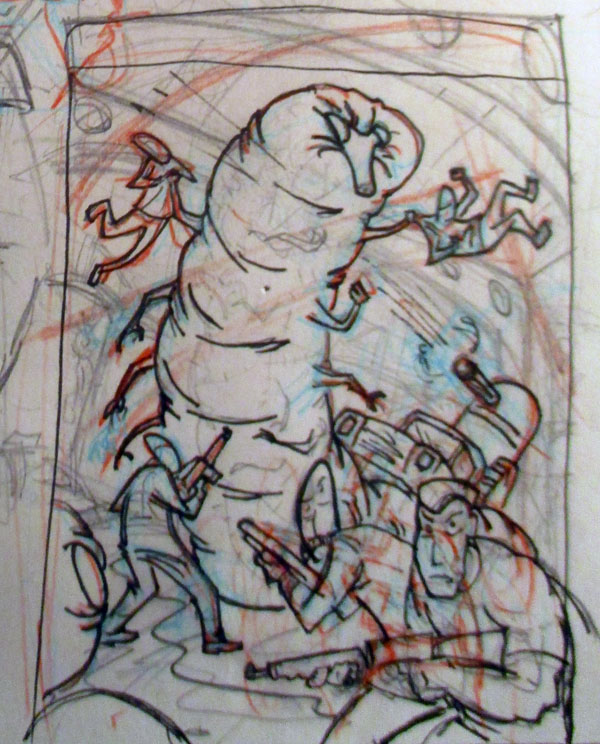 That'll work. The composition is interesting, even though it's a fairly standard horror/monster type cover from the golden age of comics (which is what was called for).

From there, you gotta refine things...draw the figures a bit more properly, figure out where the vanishing points would be so the background structure actually looks right. 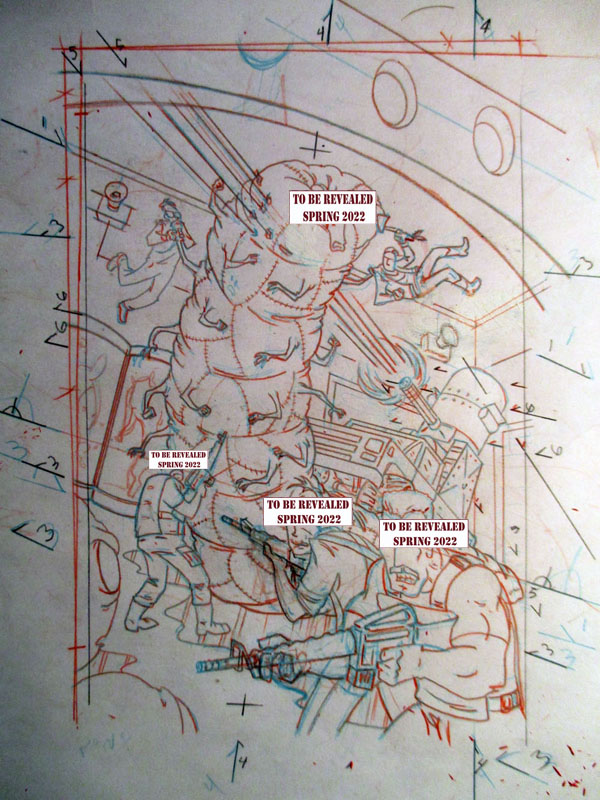 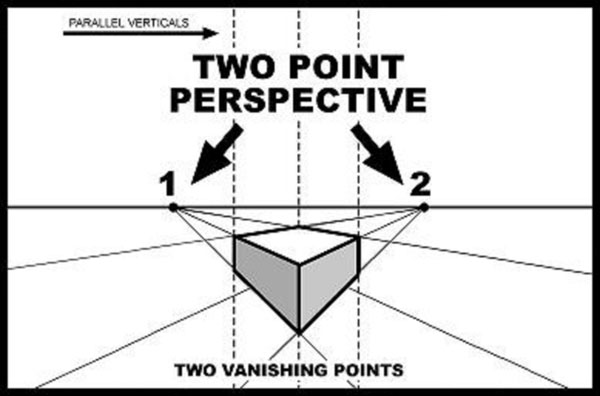 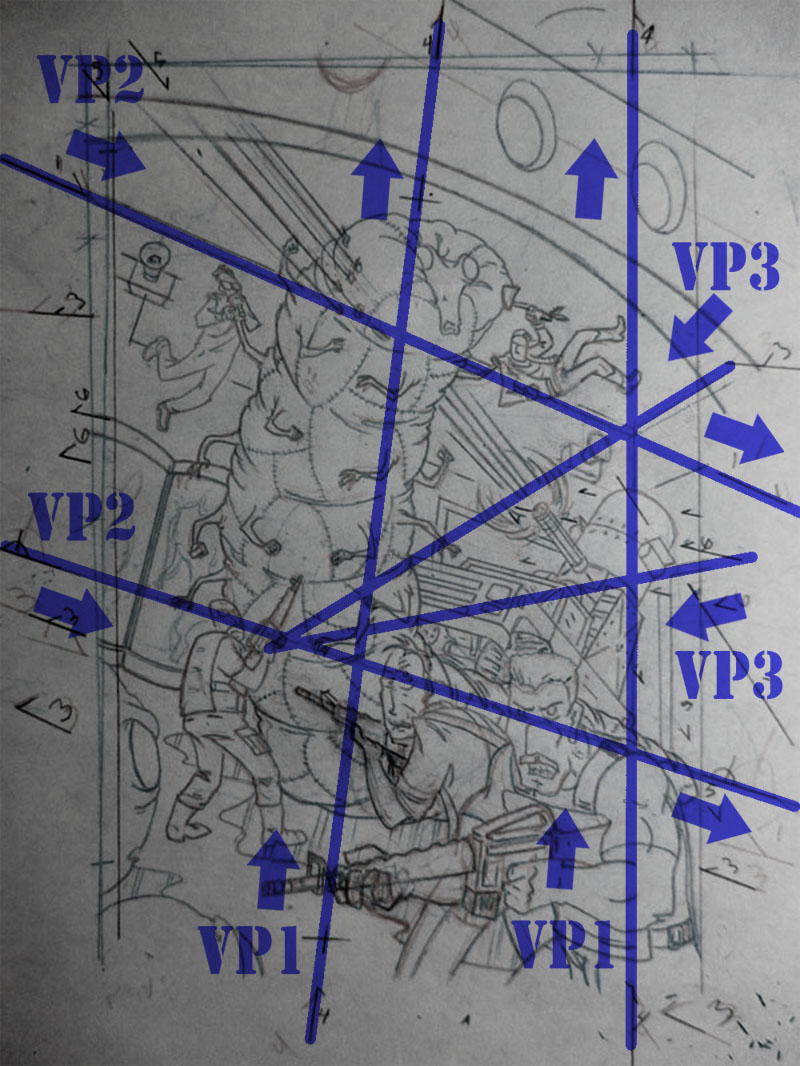 we got a vanishing point for each of the sides, and one WAYYYYY up above so that you feel a bit like you are looking up at the scene ( "worm's eye view" is the term I was taught, but there's probably a more legit term for it). So that takes care of most of the inanimate objects. HOWEVER...there's a truck in the scene.
Vehicles, unless they are somehow traveling completely parallel with one of the sides, need their own set of vanishing points, and in this case the truck is driving up/over something so it for sure needs it's own set... 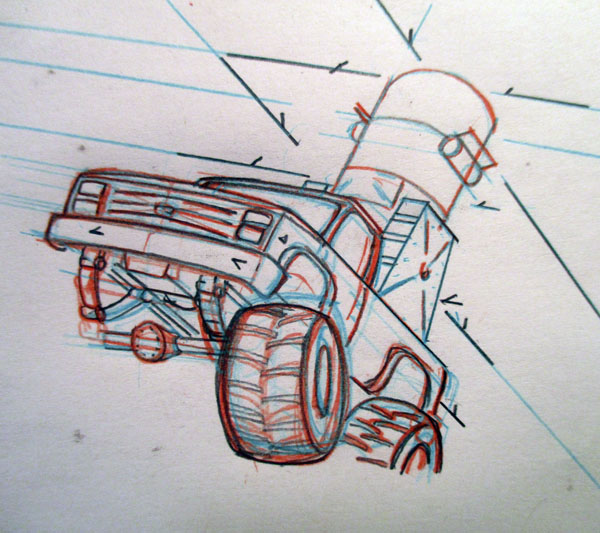 That'll work...on that take I had toyed with having the suspension tilting (see front axel) but decided against that because...meh ( LOL) Sometimes "meh" is the proper decision. You can be "too smart by half" and make the whole thing a visual mess. Often times "correctly drawn" can make things worse, or visually confusing. Sometime "incorrect" is actually better visually. That's where the phrase " using artistic license" comes from.

ANYWAYS...now we get the bugger penciled out at full size ( 11x17 inches) 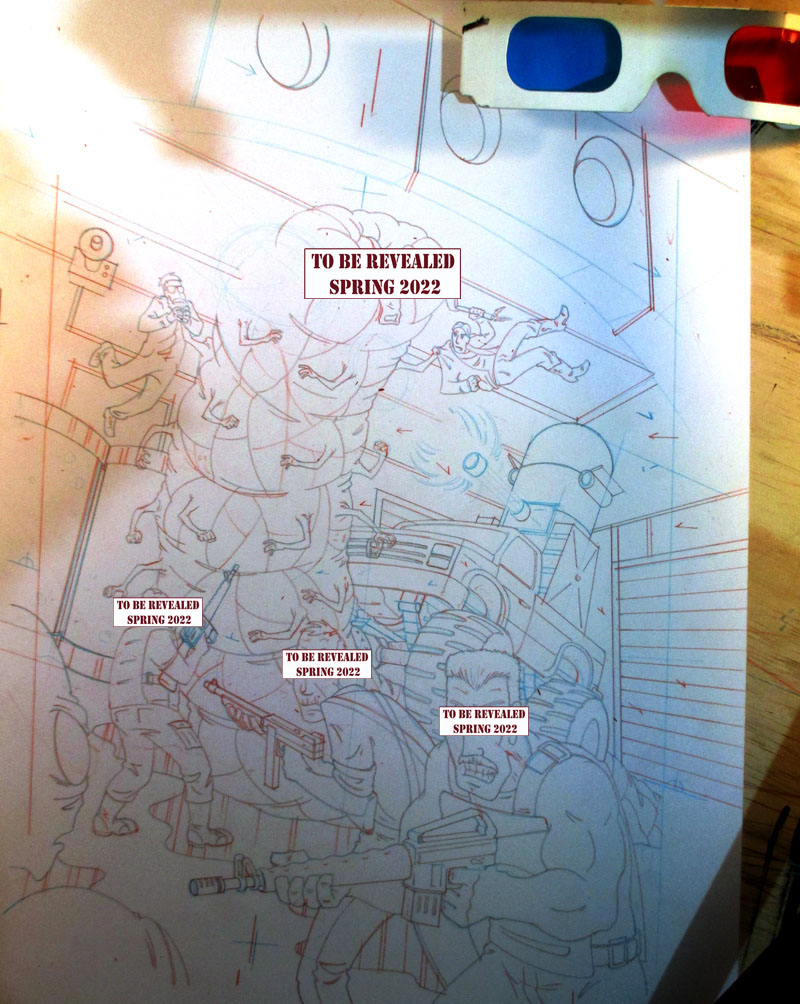 Keep those 3d glasses in mind...I'll explain why I had those laying around in a moment. 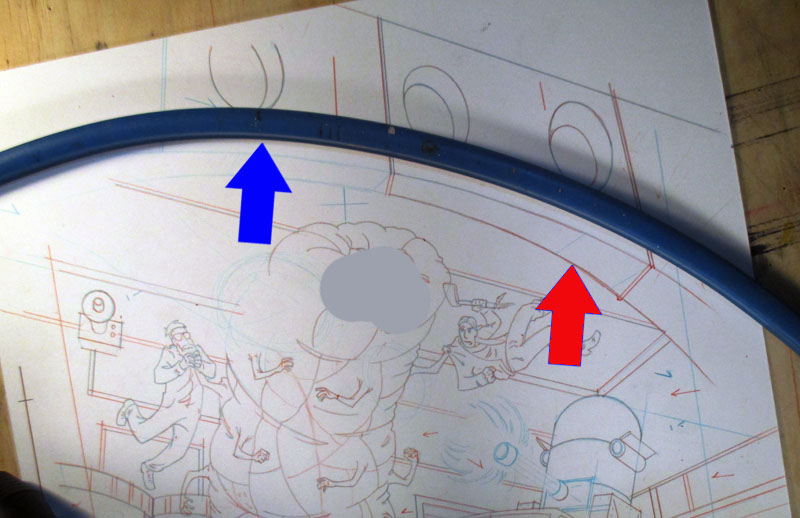 Those top curves lines. Those are about...6 inches across. That is a TOUGH line to pencil without some sort of tool. There are of course stencils but stencils are normally symmetrical, which does no good for lines like those which are curved in perspective (more egg shaped ).

Luckily someone invented this tool, a flexible straight edge. You bend it to the shape you need and can make a nice stable, dark line to ink.

Back to the glasses for a second, and the concept of "correct" not always being good. We could have the piping coming off that overhead curved pillar go to the actual vanishing point, or just BS it. Doing it correctly might force the eye into the center of the page too much. So, I drew both options, one in blue and one in red...then I put the 3d glasses on and cover one eye at a time to see which looks better ( when I look through only the blue, I only see the red lines, and visa versa) 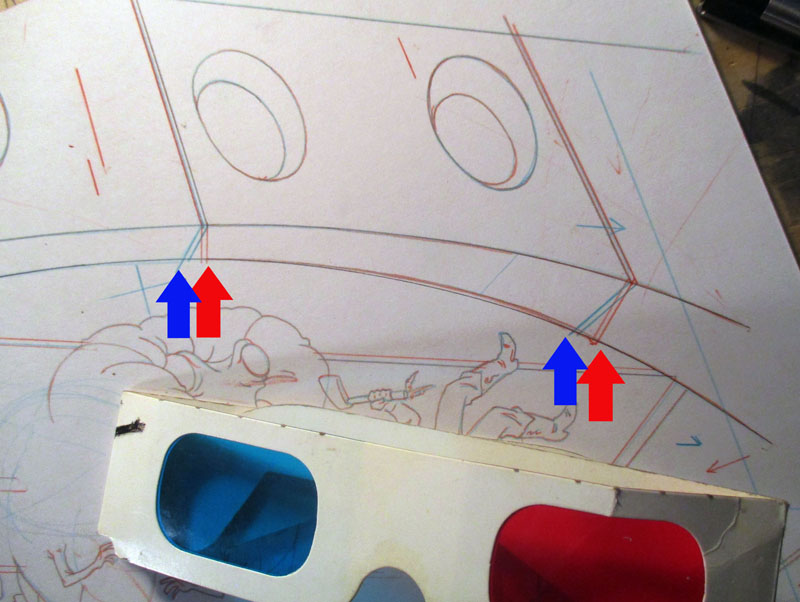 That...is not something I recommend doing, it is arcane and probably an affectation. 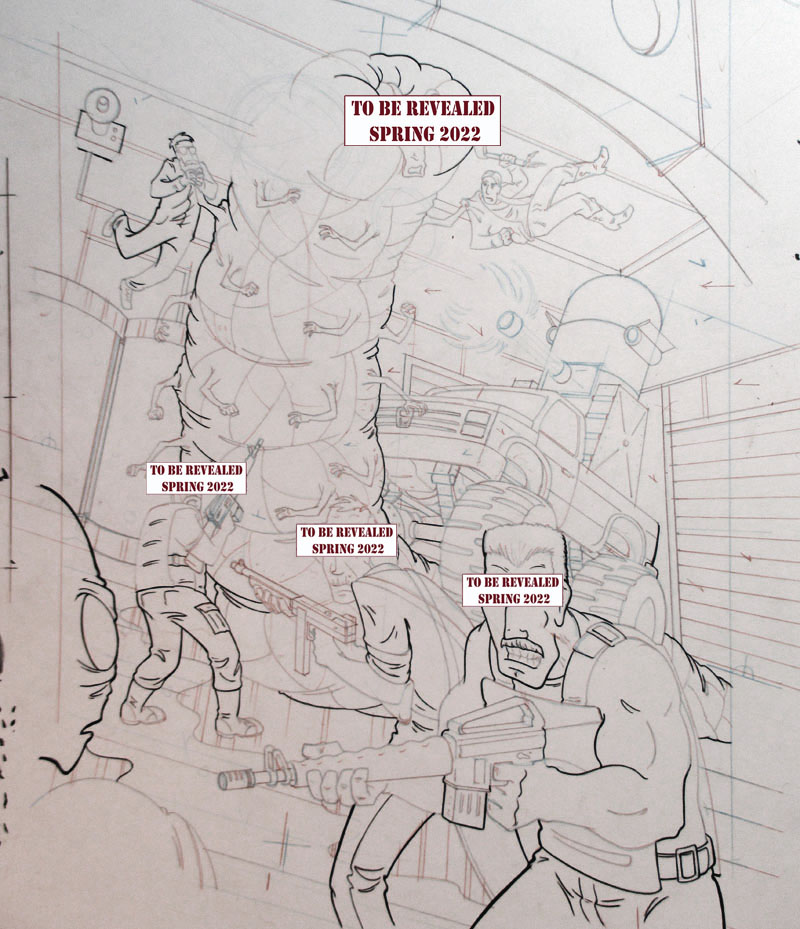 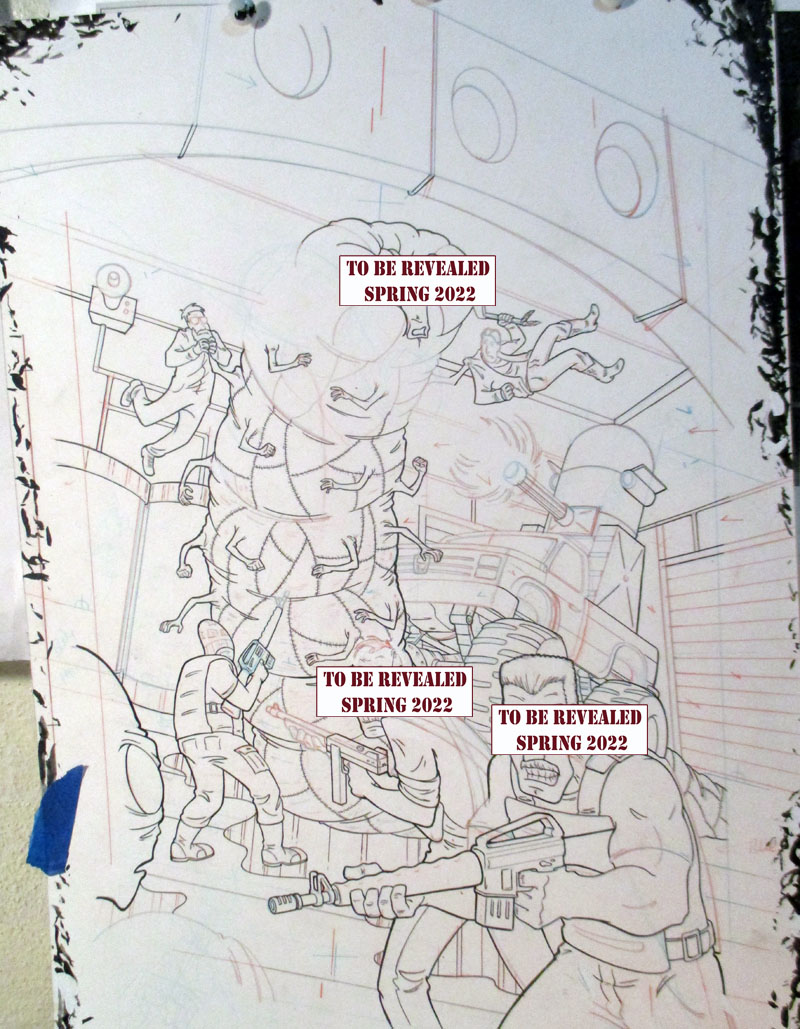 Oh yeah...at this point I sent a progress pic to the man in charge and he decided he wanted one of the tubes in the background cracked open with parts hanging out. ...smh...okay (adding that to the bill)...gotta back up and pencil that. 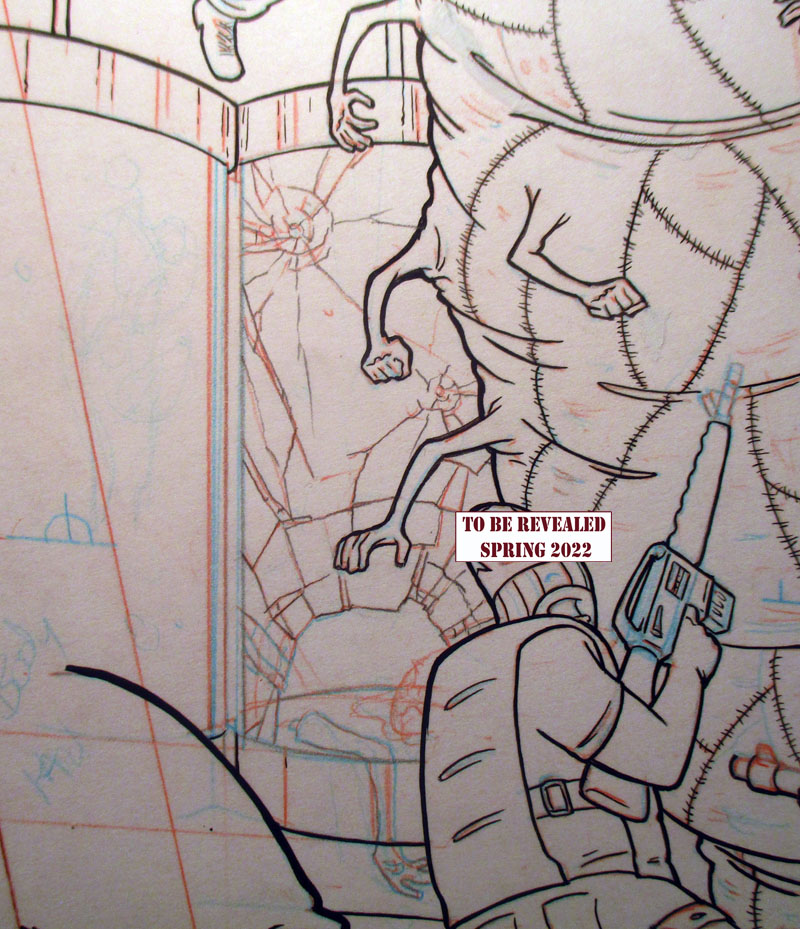 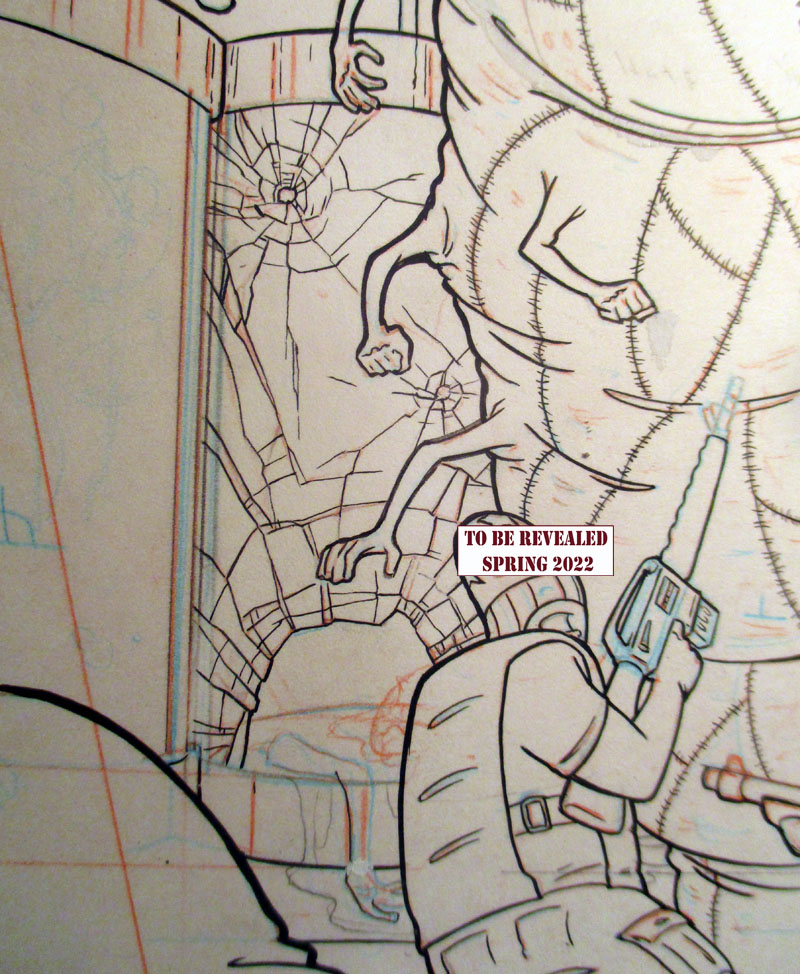 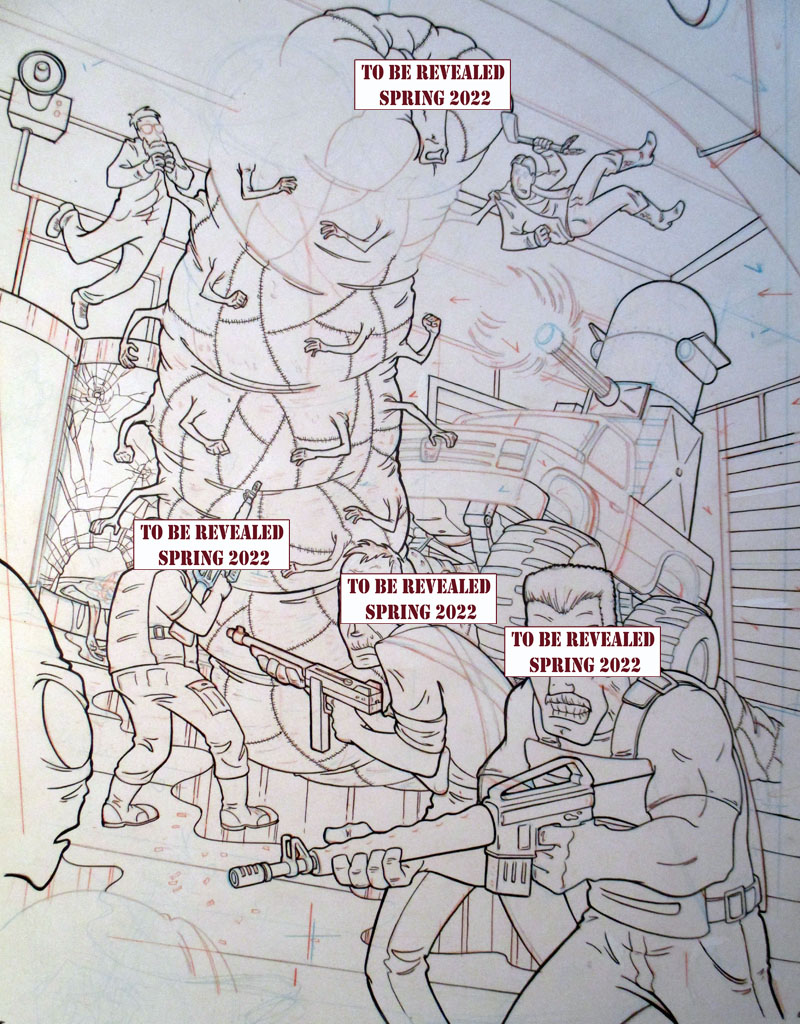 and this point, the bright idea was put forward to change the lower left hand corner, from just two alien heads looking on, to one alien with a sci-fi looking device. 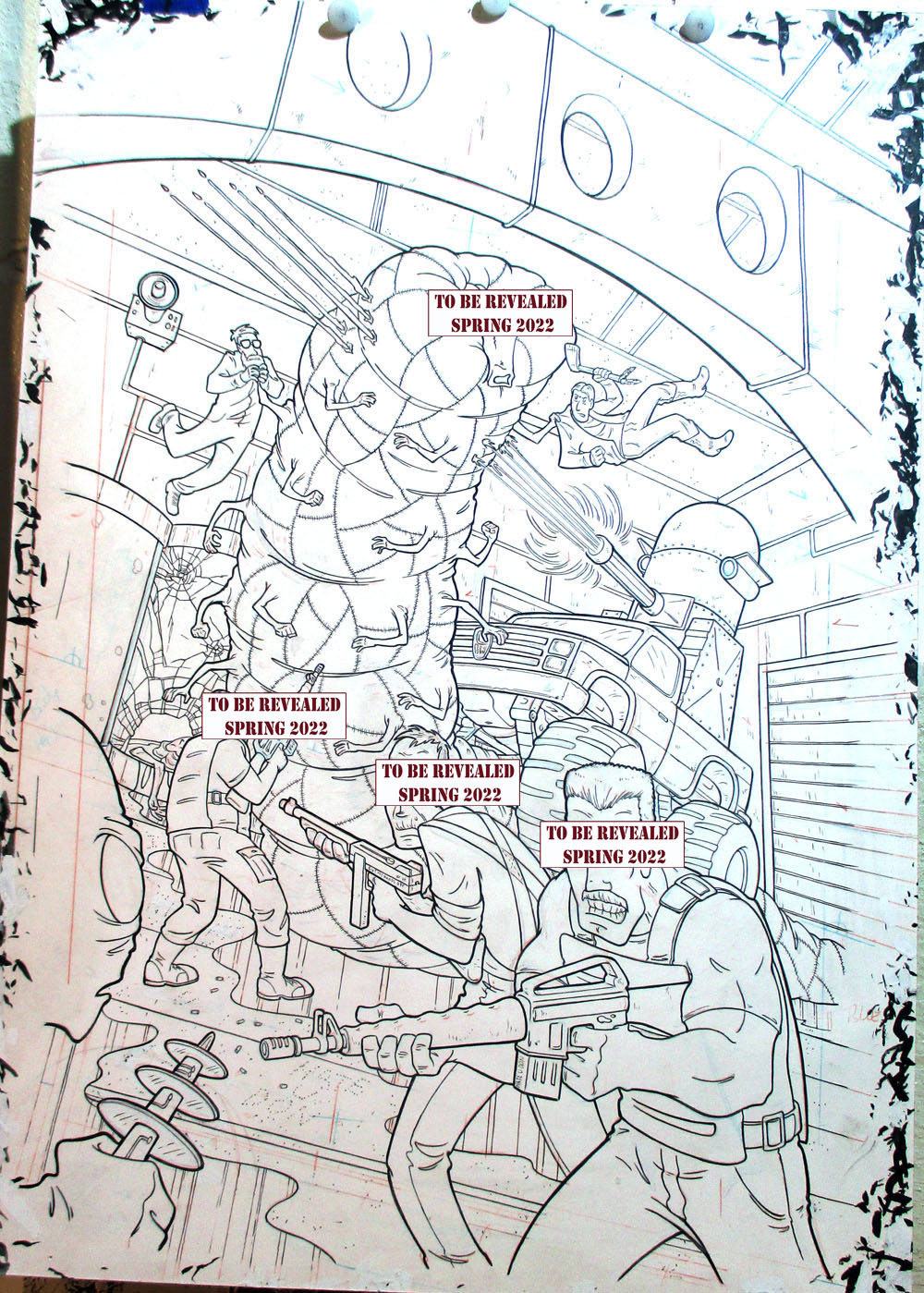 Turned out decent...hopefully the colorist doesn't murder the thing (I'm looking at you, Don).

Lots of detail to work on. I was wondering about the 3d glasses. I know you like to get the perspective right. Looks like a fun project to be part of. Let us know how it goes.

this one took WAY the hell too long, lot's of detail (which I'm used too) but also weird detail...broken glass, underbody of the car...the specific guns. a perfect storm of things that take too long. I'll keep you posted. hopefully can give more details soon

Amazing amount of detail that goes into drawing a scene like this.
I never appreciated how much work goes into the like of this piece until you spelled it out in the post.

That's why I love seeing this type of content as it shows me thing that I never knew before and gives me an appreciation for the next one that I see.

Glad you find this interesting!
I remember years ago, when I was a little kid, I got a book about baseball pitchers. It had the usual stuff about how many games they won and whatever...but in a few parts they got into the little stuff about how they held the ball and way and which way they'd spin it for different reasons. It stuck with me, that every single job has little details you gotta know. art, pitching, plumbing, even they who bags groceries does it a certain way for a reason. so...hopefully my drawing blogs are at least as interesting as why you don't pack eggs first. haha

$0.00
Reply
[-]
poshtoken (74) 3 months ago
The rewards earned on this comment will go directly to the person sharing the post on Twitter as long as they are registered with @poshtoken. Sign up at https://hiveposh.com.
$0.00
Reply