How does reputation work in Hive? Answering in Quora.

Reputation is a way to indicate the trustworthiness of an author in the Hive community. It is basically a function of two factors:-

The raw reputation of any author in Hive Blockchain is the net aggregated sum of rshares received at any given point of time. The rshares is a function of the reward pool, HP can influence the reward pool and as the influence is governed by the HP(Hive Power), the rshares is ultimately dependent on the HP of the voter.

The raw reputation is then simplified using a logarithmic function and with a mathematical formula so that the long complex raw reputation which is not easily readable by humans can be brought in to simplified form for human use. 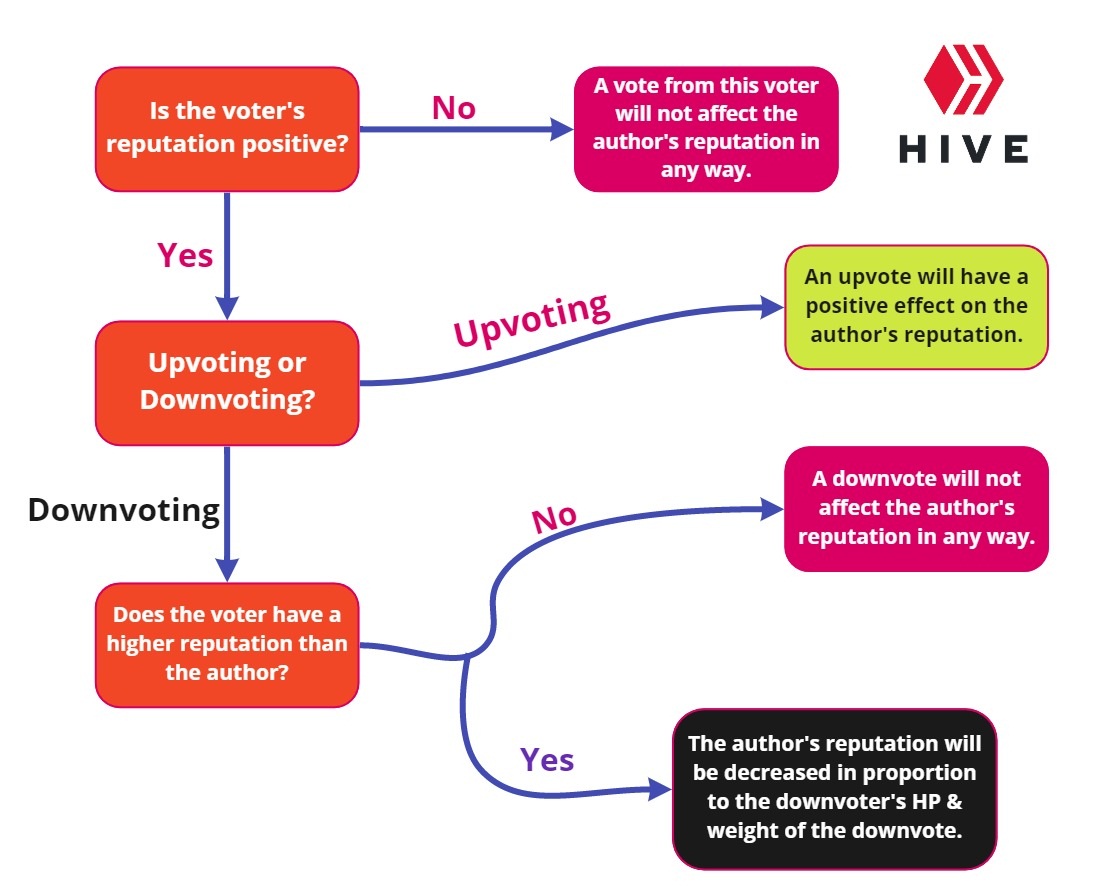 Every successive increment of the reputation score becomes difficult than the previous score. 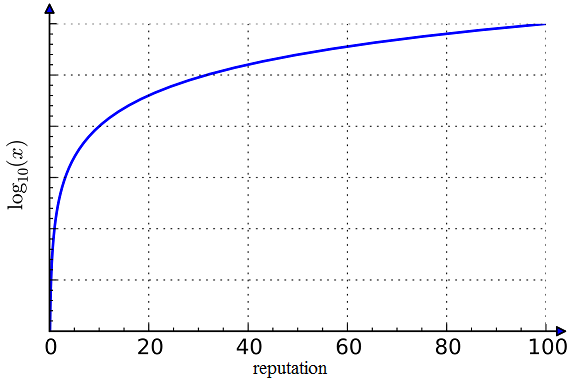 So as evident from the graph, you can quickly and easily reach a rep score of 50, but from 50-60 it is harder, from 60-onwards it is hardest.

The raw reputation score you can check from Hiveblocks.com/@username. Replace "username" with a valid Hive username and then scroll down to see the raw rep score at the left. 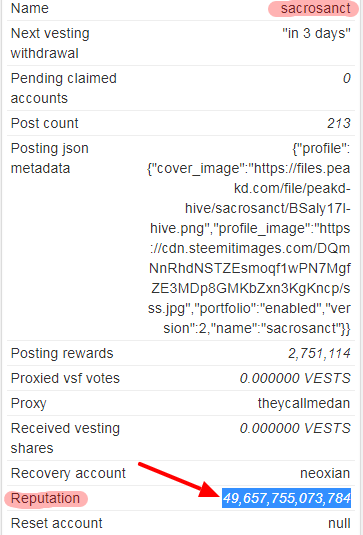 Now the formula for simplified reputation score is: 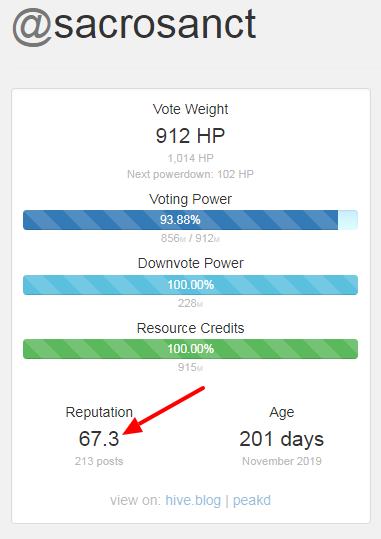 I hope it clarifies.

* Immutably backed up the answer in Hive Blockchain