Rabindranath Tagore - My 1st Drawing To This Blockchain. 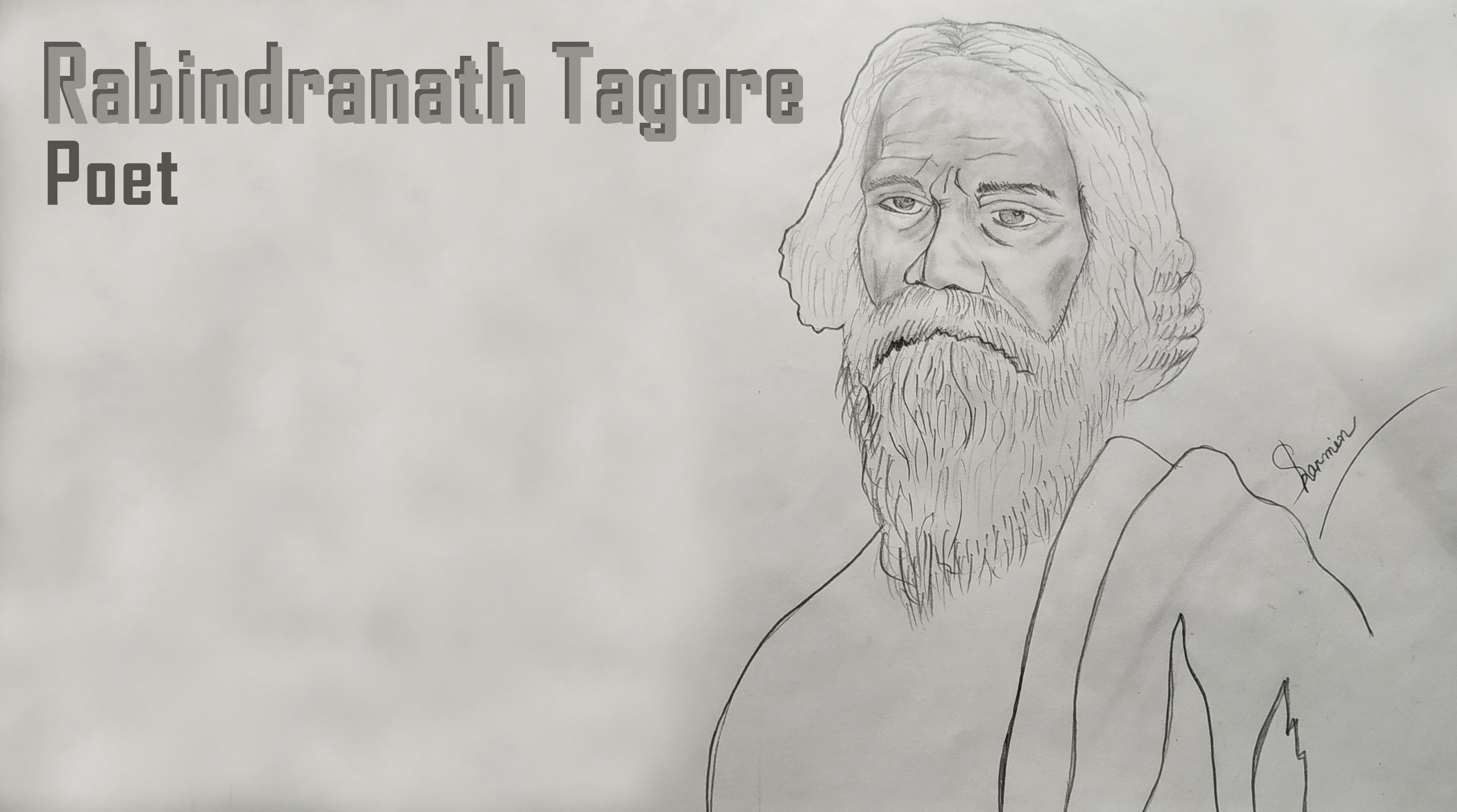 How are you doing today?
Here I'm showing my art for the first time (in detailed).

This time I'm showing my portrait of Rabindranath Tagore.
This is my pencil sketch that I drew some day before.

Thanks to my husband @ashikstd to help me with this post and with these formatting. 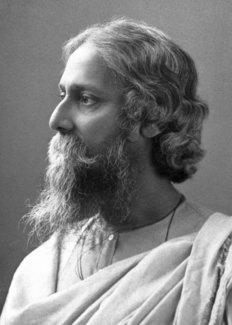 Rabindranath Tagore (1861-1941) was the youngest son of Debendranath Tagore, a leader of the Brahmo Samaj, which was a new religious sect in nineteenth-century Bengal and which attempted a revival of the ultimate monistic basis of Hinduism as laid down in the Upanishads. He was educated at home; and although at seventeen he was sent to England for formal schooling, he did not finish his studies there. In his mature years, in addition to his many-sided literary activities, he managed the family estates, a project which brought him into close touch with common humanity and increased his interest in social reforms... Source.

I captured photos of every steps through the mobile of my uncle and he deleted all of em thinking they won't be necessary.
Luckily I captured 2/3 photos in my phone and my husband captured some after finishing.

Let's get to the point.

Showing my art from the beginning. 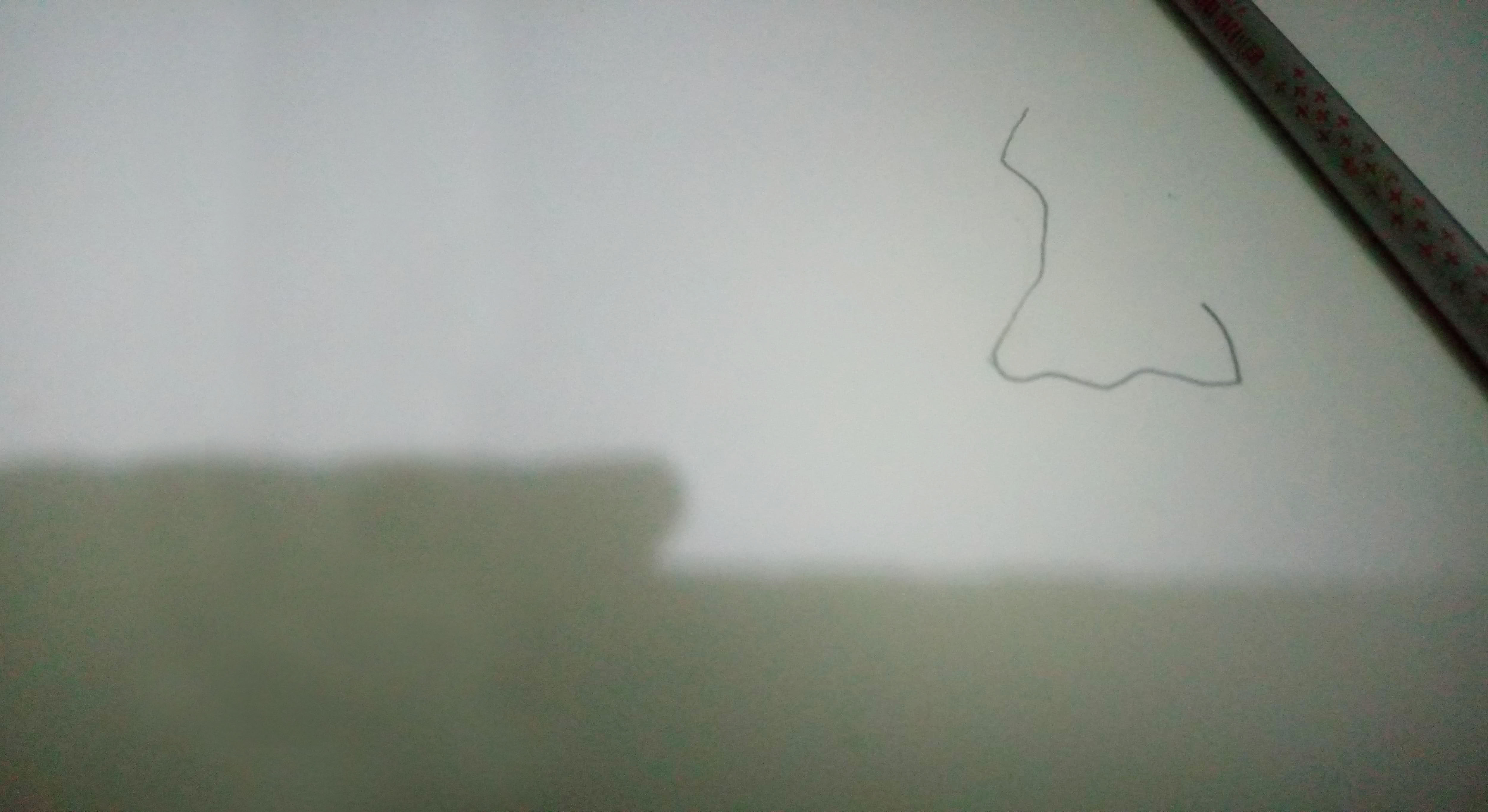 I started with the nose.
It was a nice idea starting with the nose as this particular part gave the idea and showed the way to other parts and then I ran on the road smoothly. 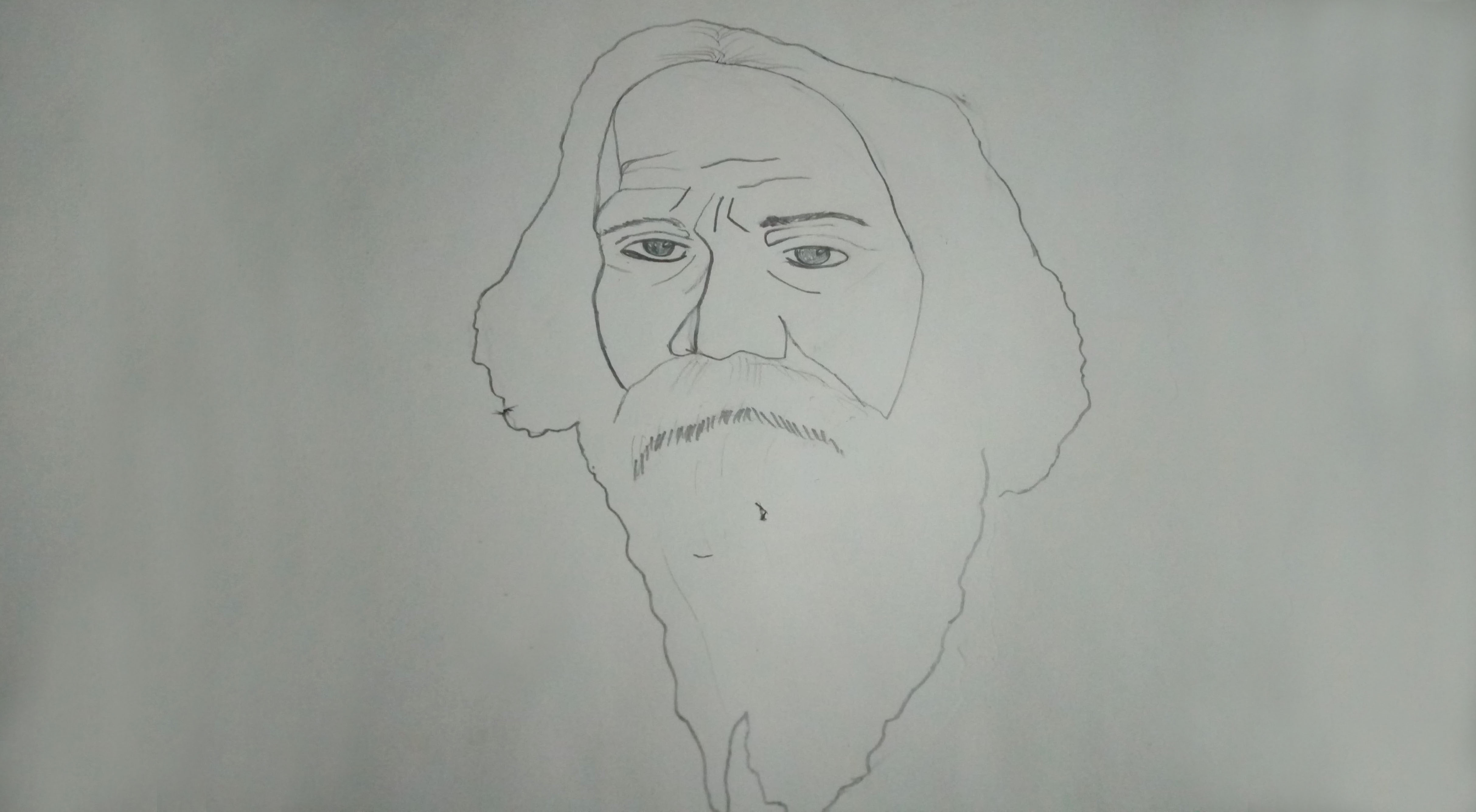 Drew eyes and other things then.
And then completed the face border like stroke. 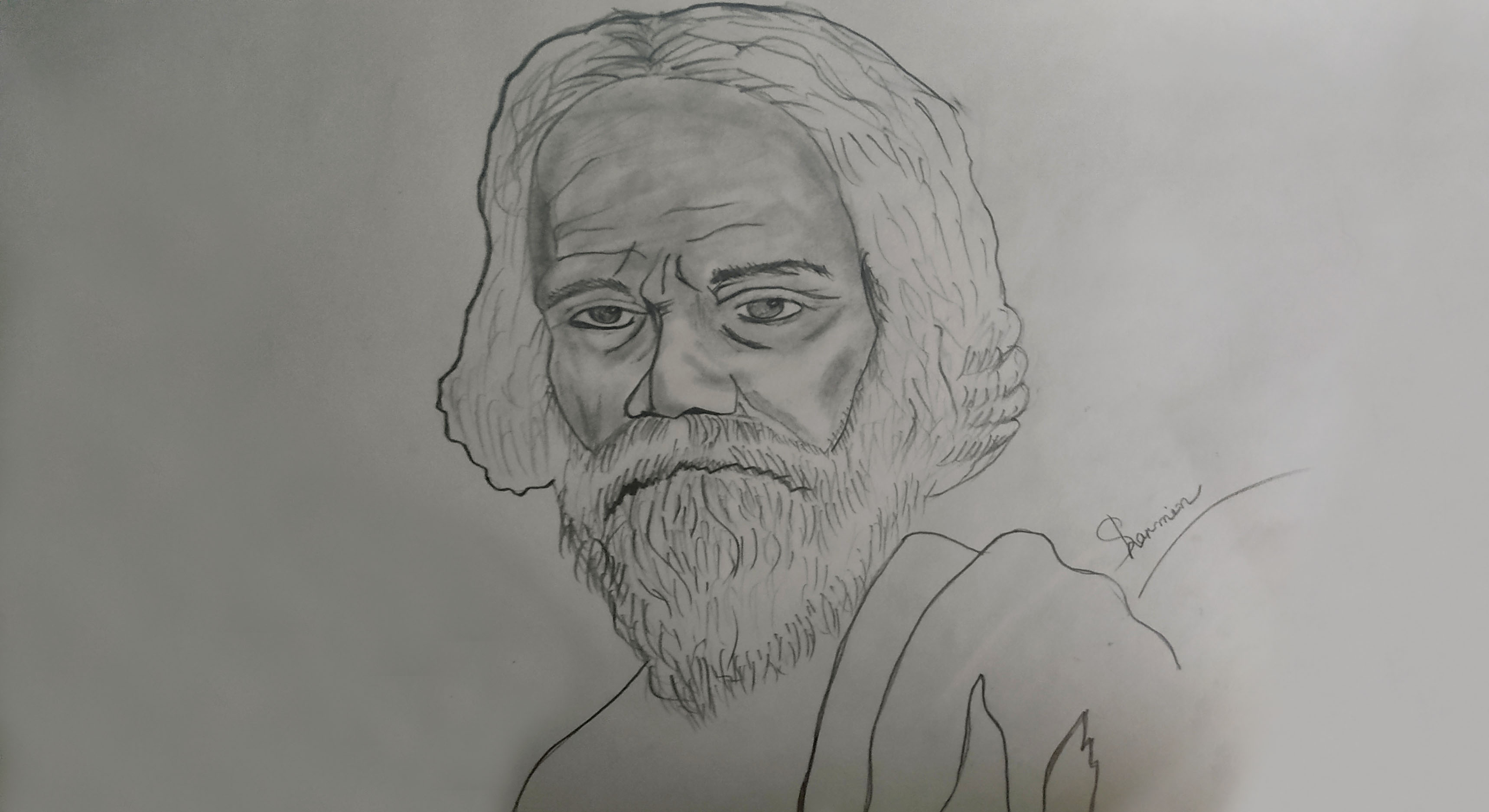 How did I do the sketch on the face?
Well I destroyed some part of a pencil and made pencil powder.
Then I used cotton bud to put those pencil powder on the face.
Tried to give proper shape on mustache & beard.

Then It came to the proper shape. 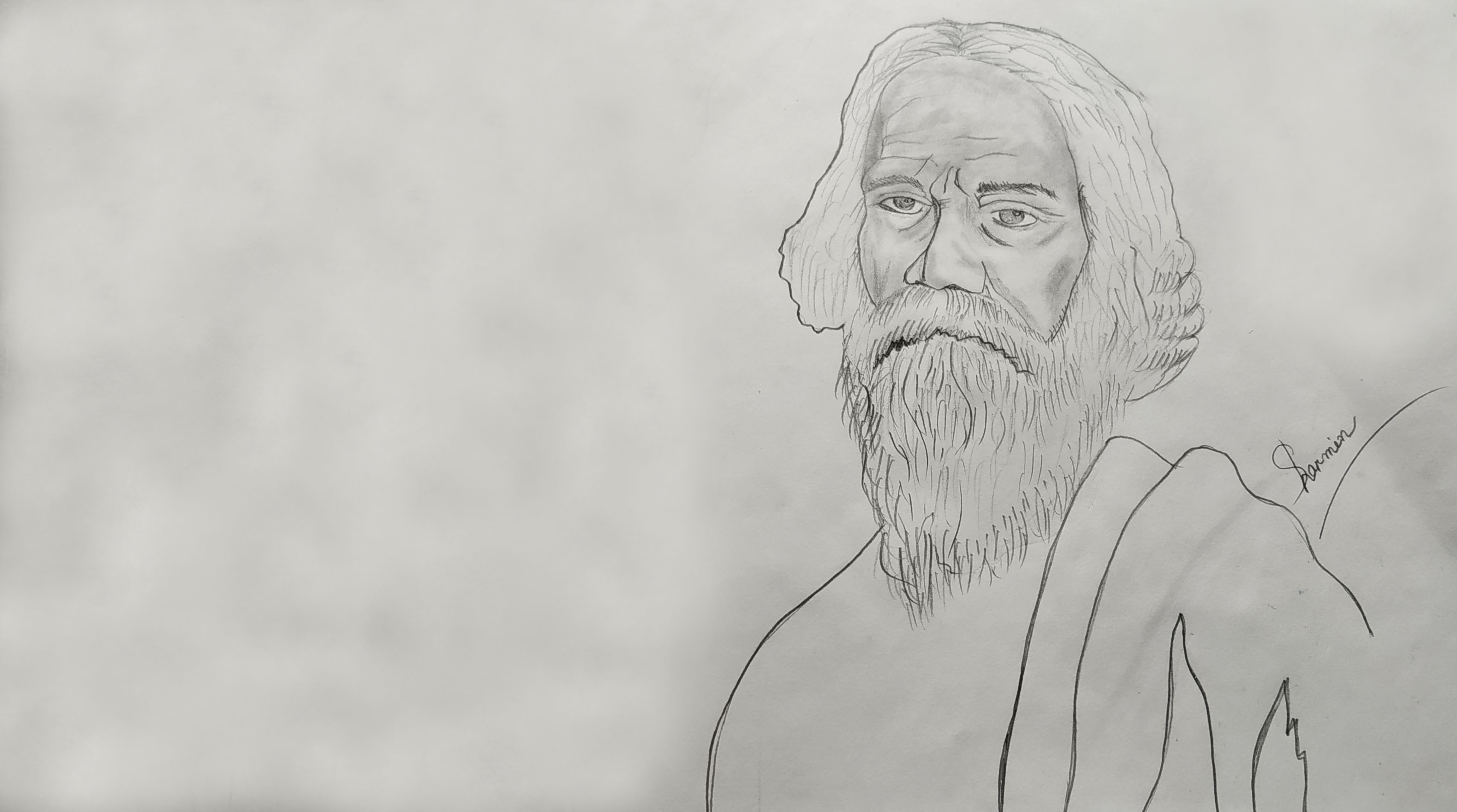 Note: I drew the pencil sketch after I got took idea from the internet, specifically from youtube.

Introducing Myself As An Artist.

I want to say goodbye now. I'm hoping that this post will get some nice view and I'll be trying to do better next time.

Thanks for presenting the legend

Congratulations @sharminmim! You have completed the following achievement on the Hive blockchain and have been rewarded with new badge(s) :

This post got curated by our fellow curator @deepu7 and you received a 100% upvote from our non-profit curation service!

Excellent art dear.
I bet you'll do far better in the future.

Sorry to see that you didn't get the support that you deserved.
Here's my tip for your hard work.

You have been curated by by @ashikstd on behalf of Inner Blocks: a community encouraging first hand content, and each individual living their best life. Come join the Inner Blocks Community , and check out @innerblocks! #lifehappening