Curator Cat on Communities: PALNet and PAL Tokens — a Slow Slide to Worthlessness?

curatorcat.pal (57)in Proof of Brain • 6 months ago

I’ll be the first to admit that I have a ”soft spot” of sorts for the PAL tribal token on Hive-Engine. After all, it was the very first community tokens that one day showed up on the ”old site.”

Heck, the ”extension” on this account’s name should tell it all! 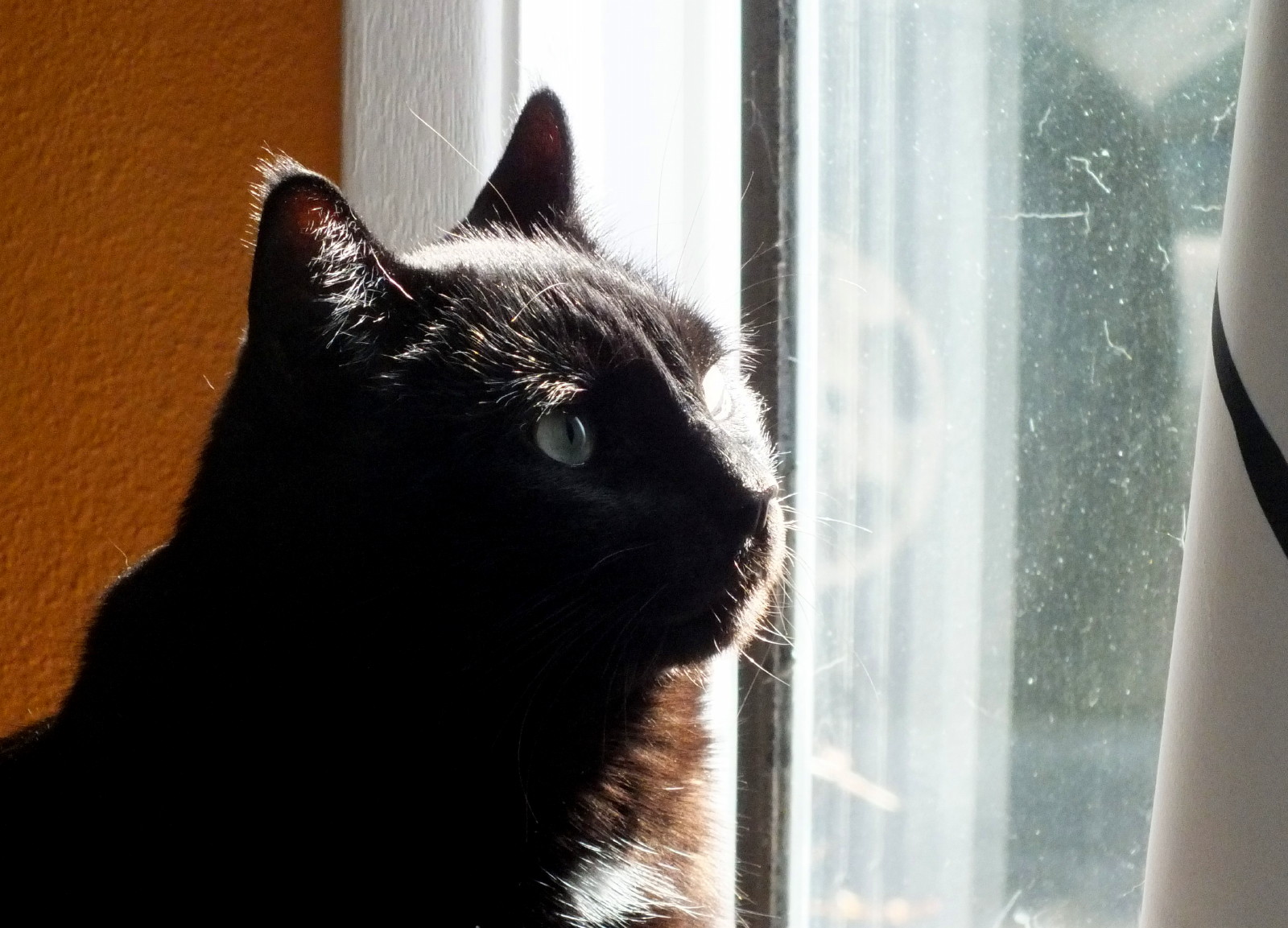 A moment of reflection...

Earlier today, I noticed with some sadness that my modest stake in the PALNet community's PAL Token had dropped to about six dollars. Not that long ago, that same approximate stake was worth over $200.00! 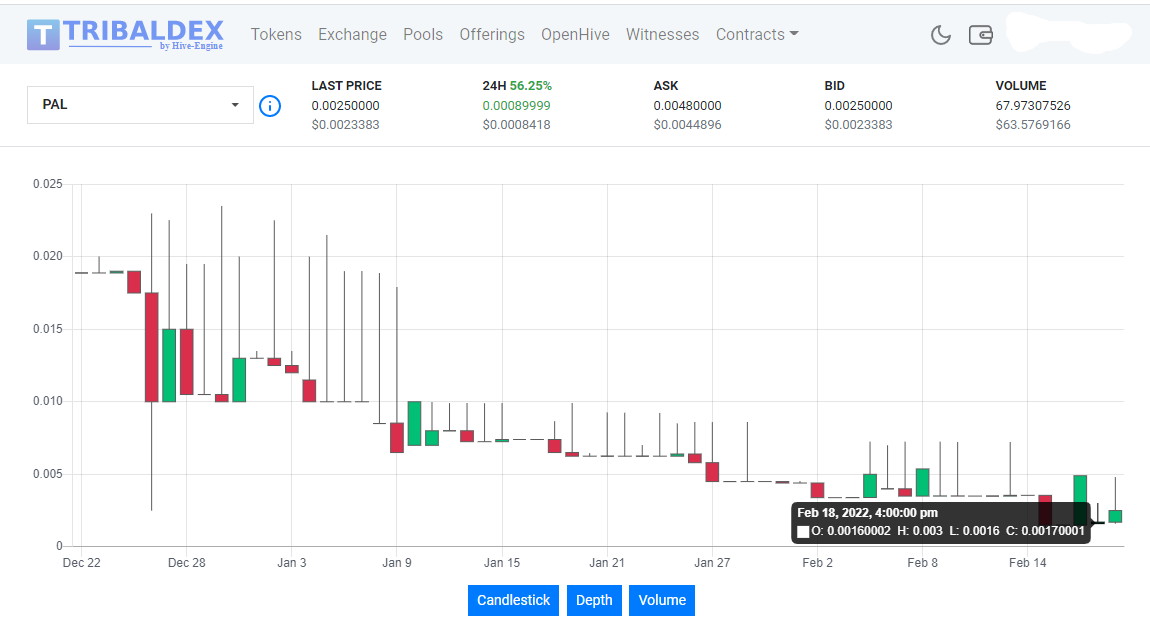 The most obvious thing — which is part of the ”maturing” process of the entire cryptosphere — is that it is no longer ”enough” to simply ”have a coin” and ”have a white paper” in order to have a successful project.

Way-back-when, fortunes were also made by people who started companies with NO plans more elaborate than ”we have a web site and a dot com!”

That might be nice during the ”innovation euphoria” phase, but at some point you have to deliver something more than hype and vaporware. 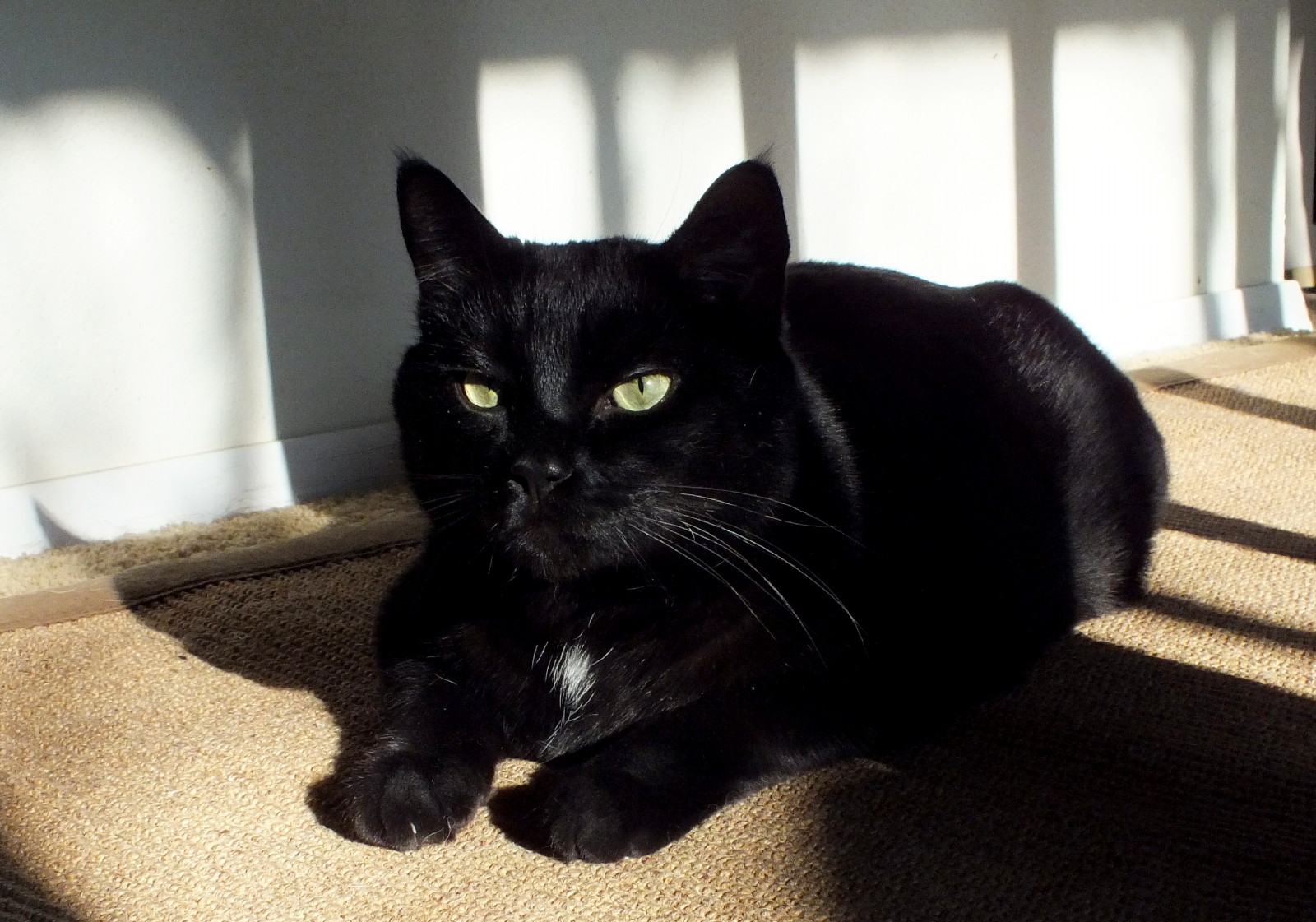 How Else do Things go Wrong?

Perhaps the ”beginning to the end” happened in late January when @minnowsupport announced changes to the PALNet White Paper… materially centered on de-emphasizing content and curation, essentially removing most incentives for posting, commenting and curating.

Interestingly enough… the palnet.io front end was actually converted to the new format ”Outpost” in September 2021, but not much else happened. Sure, an NFT market and Diesel Pools were added… but not much activity there.

Most notable recent ”UN-development” is that the weekly MSP “Introduce Yourself” curation initiative just… stopped in December 2021.

Meanwhile, trading volume of the PAL token on TribalDex is ”lethargic,” to say the least, trading on most days amounting to under $5 a day. 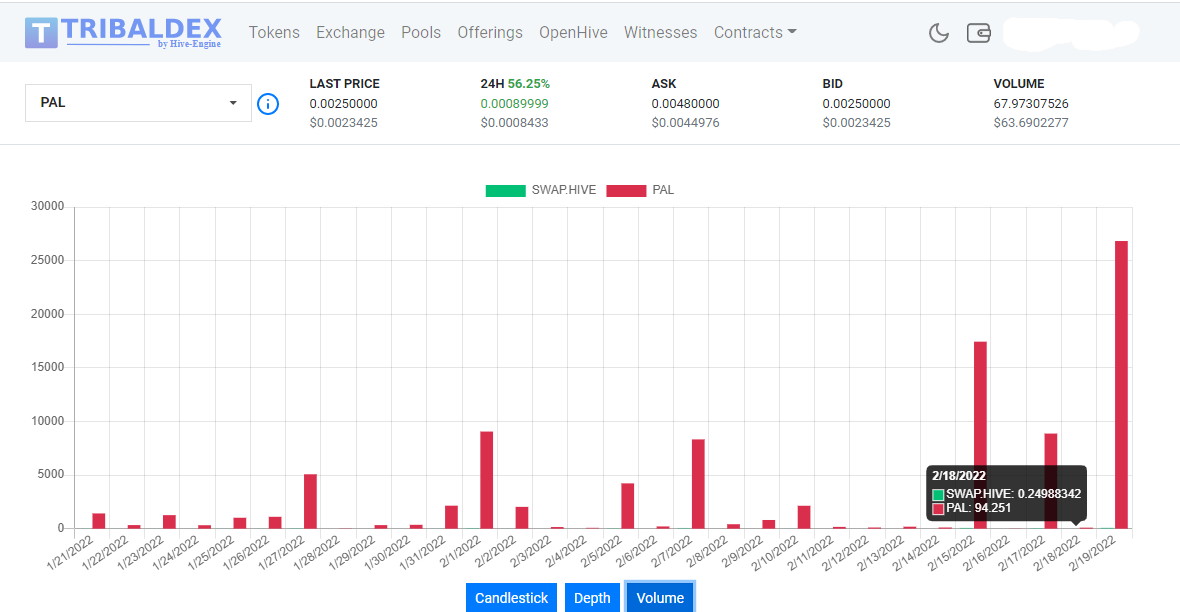 I’m no blockchain or investment expert, but from where I am sitting that all smells of a project that took a wrong turn and now is pretty dead in the water.

Undaunted, however, thousands of Hive content creators continue to use the #palnet tag as one of their ”general filler” tags, likely unaware that doing so will earn them… absolutely nothing. 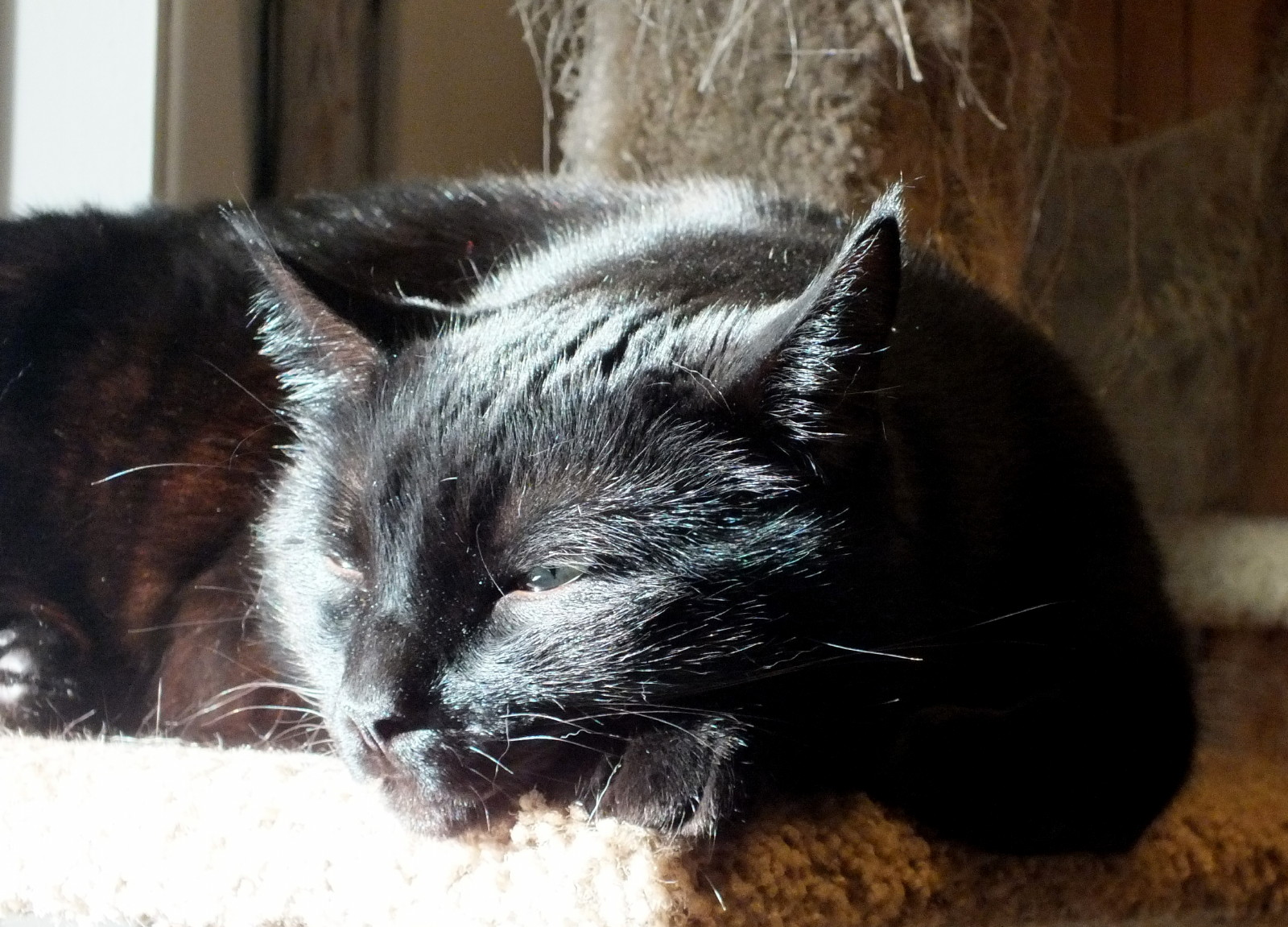 So what to do now?

At this point, I’m just ”leaving it alone” as part of an ongoing study of Hive Communities and how they fare, as a result of management decisions and directions taken. Not speculating on whether or not PALNet is a lost cause, or it can be revived by a change of focus.

What I do think is somewhat obvious is that the ”active face” of a Community tends to be content creators — after all, they are the ones who ”do the talking” — so de-incentivizing content creation and what goes with it is an ill-advised choice unless you have a Monumentally Exceptionally Outstanding alternative ready to go, in the hopper.

Even then, who's going to sing the praises of that Monumentally Exceptionally Outstanding alternative, if all the content creators are gone?

Of course, this is all just my opinion and should not be taken as ”investment advice!” Thanks for stopping by and reading!

I stopped using it because I thought it wasn't around after the split from steemit. But if thousands are still using it and nothings happening than I guess it really doesn't matter if you use it or not.

I really thought it didn't matter, but @forexbrokr's detailed explanation suggests that it definitely does still have indirect value.

Just posting and voting with PAL until they do another 270-turn.

I have a enough tokens (numerically speaking) and they are worth little enough that I'm good with just hanging on and hoping that maybe someone will engineer a new idea and turnaround.

Ah, the old question of what gives Hive-Engine tokens value ;)

The changes to PAL's tokenomics have crushed the token's ability to generate demand via their front-end.

I just can't see a reason for anyone to want to buy the token and price will continue on its current path to zero.

There is value to be found!

The palnet.io domain is one of the oldest on Hive and therefore Google sees them as 'an authority'.

As its a Hive front-end, other communities like LeoFinance can therefore take advantage of the domain's age, simply by getting their own authors to include the palnet tag.

Just by including the tag, it will generate a palnet.io version of say the Leo blog that features a piece of code on the back end that tells Google the leofinance.io version is the original one.

Since palnet.io has good rep in Google's eyes, this 'recommendation' is more valuable than one that comes from another front-end (like the brand new pob), therefore helping to rank Leo's version higher.

Don't sleep on the palnet tag.

Thanks for the detailed explanation @forexbrokr!

I hadn't considered the SEO ramifications, and PAL certainly does have some authority value in that sense. The domain has been registered since May of 2019, and is paid up through 2023.

I believe it was also the "prototype" for Outpost style front ends.

And yes, I need to find more time to come over and participate at Leo!

Thanks for sharing your thoughts. Very interesting l. Hoping something good will come out of this! Good they haven’t given up!

To be honest, I don't know whether they have given up or not... but the fact that the site is still running and that have been updates suggests they do care. It's just not very interesting for content creators.