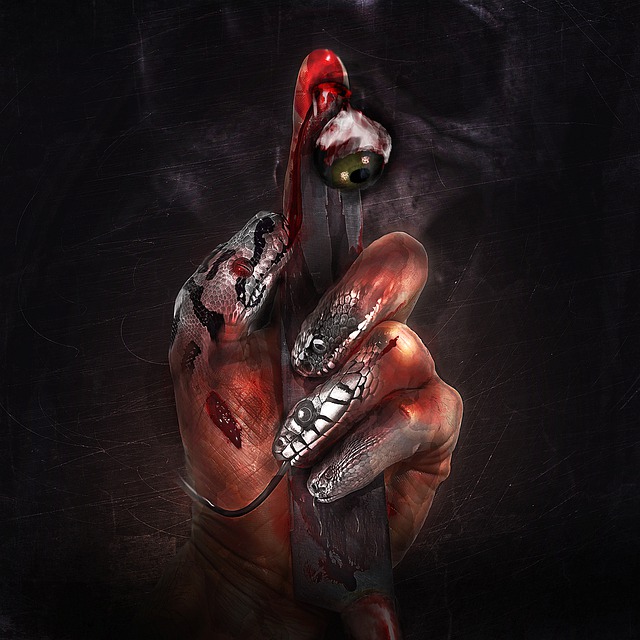 They say, "Friendship is a bond that binds with one trusted one and is built on integrity, loyalty, and sacrifice. But what happens when all these qualities fade? You get a deep hole into the heart. Knifed beyond repair, as it triggers the dark side of you. What do they call it? Betrayal.

My name is Wilson, and I will tell you the story of two friends that grew to be brothers till the bond was broken. And changed our path.

I grew up in the streets of Chicago, where gangsta crashes, shootings, police chases, and drug dealing are normal routines there. As a young lad, it wasn't easy growing up in such an environment, I had to live in fear and loneliness. Sometimes I skip school because of getting cut up in a crossfire by cops chasing gangsta. But still, I had to make friends, otherwise, I will have a boring youthful age.

I remember the first day I met Drake. It was lunchtime in school, and we all had to use the school cafeteria as we all queue according to our height for the lunch meal. Hungry and waiting patiently for my turn to get served. Suddenly, some group of guys bypass the line and walked straight to the counter, ignoring the yelling of other students, but still, nobody could approach them.

They were scared of being in trouble with them. I stood in the queue, watching how the school chef dished them their meals with extra French fries and he didn't say anything. Nobody did anything. I got angry and walked up to them, knowing that I would get beaten up by them. But at least I stood for justice.

"Hey!!!" I called out
They turned and looked at me, then laughed.

"Why don't you guys join the line?" I asked

"Oh! This line. C'mon don't play the hero here, little man." One of them said with a weird smile.

"You better join the line now!" I ordered, not sure what I was doing or saying.

"Else what? Little man" they stared at me, while the rest of the students had us filmed with their phones.

"We thought as much." As they walked past me laughing

In anger, I pushed one of them to the floor, stirring up a fight. Only to get punched in the face, as I fell on the floor waiting for more kicks. But none came except for shouting and cheering by the students. I looked up to see a white, brown hair guy beating their ass up and saving my butt.

He reached out his hand for me and drew me up. "I'm Drake." He gasped

"I'm Wilson.." I replied with a face of seen a ghost

"It's a hell of a fight you put up with those guys." We laughed, as we took our meals and ate at the same table. After that day, we became best friends. We went to the same college and chased our dreams of becoming police officers.

We rolled into the police academy and became badass cops, kicking shitty people into jail and getting ourselves so many credits. He was more than a partner, more than a friend. He was my brother.

But we wanted more, wanted to be paid better for our services. And that when we put our hands into dirty shits, getting rogue and bad. We helped the politicians do their shady dealings, cleaning up their murder mess, just for money. Our soul was sold out but still, we were in it together. That's all that mattered, good cops have gone bad.

I could no longer do what other good cops do, fighting for justice instead I sweep Justice under the carpet, knowing that someone up there owns my ass now. So one night, I discussed with Drake that I wanted out, we should end these bad acts we had got ourselves in for fifteen years because I don't want to lose our thirty-five years of friendship to those cruel politicians that don't give a damn about us. To them, we are tools they can dispose of, and sooner or later that will happen.

We both agreed but promised to do one last job for them. Unknown to us it would be my last.

I was caught in a crossfire with drug dealers, trying to steal our employer's products. Shot on my chest. Immediately Drake called an emergency, giving false details of what happened. It was clear that it was a setup. A plan to eliminate us. I was in the hospital, guided by police officers because of my rank as a Detective.

There I was in the hospital, while my friend was having a secret meeting with the employer.
"You had us set up…. You wanted us dead, Uh! Why?" He shouted in rage

"Oh! It was a miscalculation. But you survived the night right." He chuckled

"Yes, but not my friend who you put a bullet in his chest. And now in the hospital."

"Oh, then he's weak and soon he will expose us. You know what that will do to us." He raised his eyebrows with a deep stare.

"What! You want me to kill my best friend. That's not human of me." He replied in a disapproving tone.

"Yes! I know how difficult that will be for you."

"I can't. We have been friends since high school, thirty-five years of friendship. Is not easy to come by. " he frowned at the idea

"Hmmm…. I understand, then I will pay any amount for each year." He said without leaving any facial expression.

He came to the hospital, walked towards my room door, and was searched by the police officers on the guide but unknown to them, he sneaked a poison(injection) into the sandwich.

"I am sorry, Wilson, I am so sorry." He said as he injected the poison into my right arm, putting me into cardiac arrest, as he raised an alarm for help. But faith had it. It wasn't my time to die yet. I survived it. But won't because I will rain hell on him.

cases of betrayal occur generally because we trust someone too much. so I always learn not to fully trust other people and just do it.

Where did you spin and steal this story from?

I didn't spin any story from anywhere please. I wrote this story by myself. And itself not plagiarized please

Why this false accusations @nathen007? I can show you my writing book. I don't steal.

You dropped a comment on my muted post in inkwell. Only got an idea from movie i saw. I liked the entrance line of the actor and i got an idea to write my own story. I never knew the quote was posted online by someone else. Check all my work on inkwell and Hive i have never posted a copy work or spun stories. I swear on my grave. I was misguided by using a entrace line of an actor in a movie

Sir, @nathen007 all my post on HIVE are written by me. I have an account that shouldn't be stained by that. My mistake in my first muted post on Hive was that didn't used an entrance line of an actor in a movie i saw, which i didn't know it was posted online already, i thought it was a random word. If i had known earlier i would have used a quote markstyle to indicate it. I swear Sir.