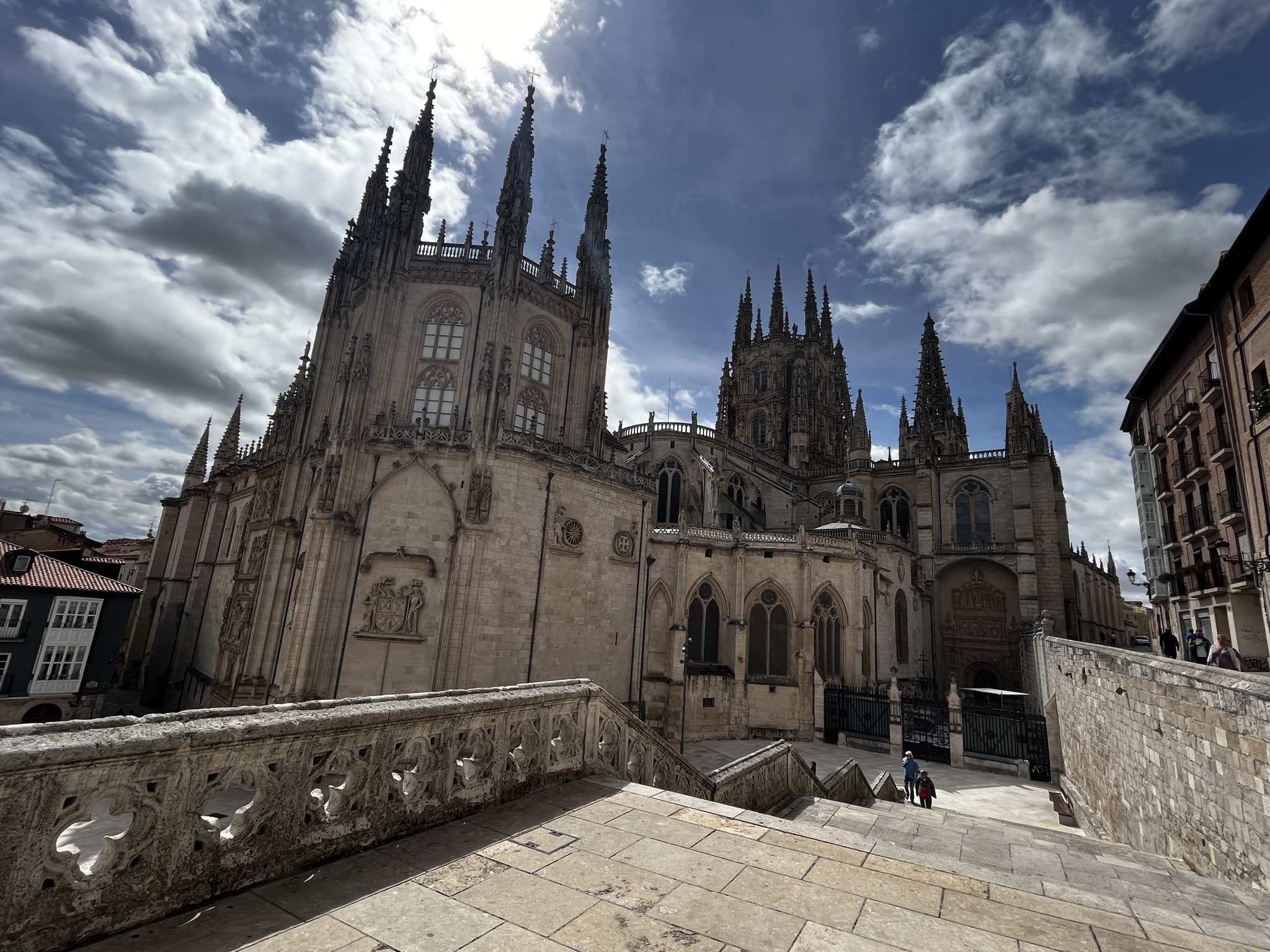 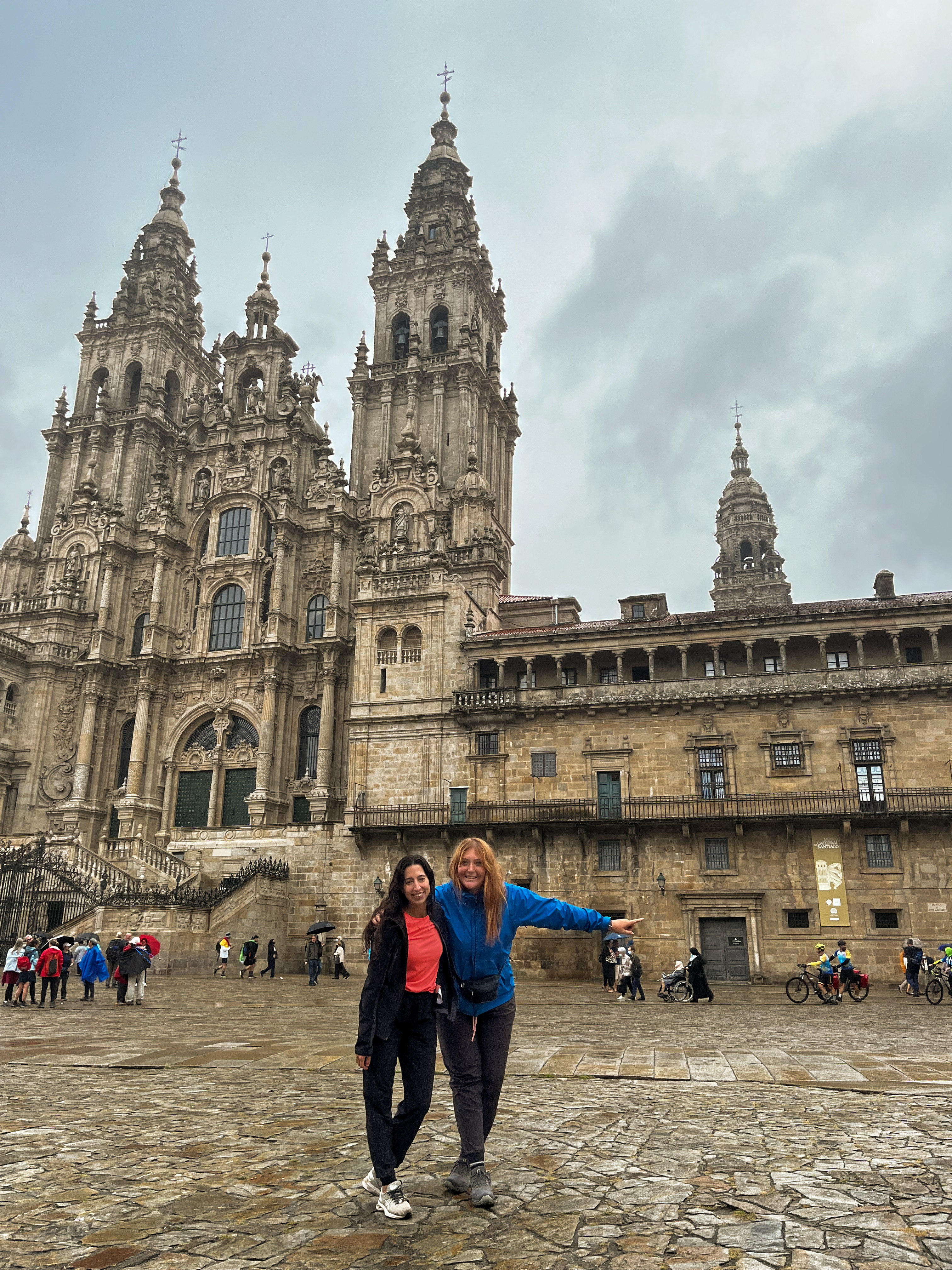 I really wanted to share this post long time ago, but it took me some time to process what this experience meant to me. It has been almost a month of digging deep into thoughts, meeting wonderful people and getting to try great cuisine from different parts of Spain.

So here it goes, this is my story. If you were thinking about walking St James' way, this is your sign to do it!

This is not my 1st post on Hot Pot and it will not be my last. When a dish makes the type of impact on you that Hot Pot does, you do not fight it. You embrace the goodness, hit the grocery store, fire up the butane stove, and get to work. Then you post photos in everyone's faces until they have no choice but to indulge in this cuisine themselves.

Let's get into it. 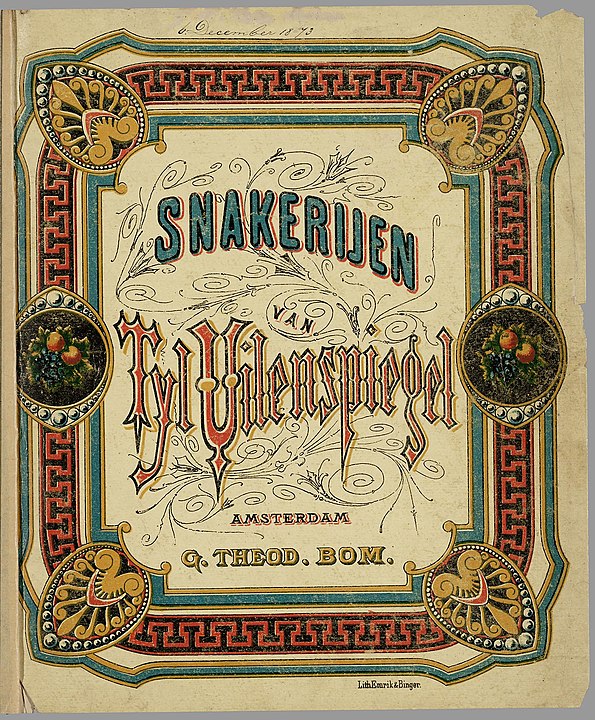 Have you ever surprised yourself in life?

Not with trivialities (though I doubt that surprising oneself is a triviality itself), but with what one considers a milestone?

What is it that we sometimes do when we are faced with decisions and are caught between feeling discouraged and needing to take action? What feeling do we follow?

Featured Author: @grocko
A Stroll Through The Old Bazaar, Skopje 🚶 Over half a millennium of history Greetings one and all. 👋

It was such a beautiful day today for walking...well, until it wasn't. 😅 Luckily the cloudy whether wasn't so bad as to dampen the images. And if nothing else, it brought some nice variety to the scenery. (I hope) 😁

Today i'm taking you through one of the more famous locations in Skopje. The Old Bazaar, or as we call it Charshija - Чаршија. I'm sure it will prove a fun read for my fellow walkers. // is that a term? is that a thing? we going with it anyway.

I finally got to see my friend @clairemobey this week. She's the person that I usually perform in public with. We are both songwriters, and so we have a funny habit of singing covers with "cover hats" on, so that the audience knows when we are not wearing hats that the song is an original! We have carried that tradition over to our HIVE videos now!

Claire and I met up to talk about the next couple of gigs we would like to try and organise, and I thought it would be the perfect opportunity to do a song that @anna-newkey has requested in the past, but is much better suited to a duo performance!

Featured Author: @belug
4 Good habits for you in the morning! This time I want to share 4 great habits to do in the morning, as soon as you wake up, that will help you to be more energized all day long, and also more connected with you.

I use to do this everyday, with some other habits that I developed during my Yoga Teacher Training, but I believe that is better to talk about a few point to get your attention, and maybe in another video, I’ll share more of this! What is a Folly anyway? In my last post, I talked about this folly I made for my friend Lisa and never really gave an explanation of the word. Well, a Folly is a piece of architecture in a garden purely for decorative purposes. Lisas one did have a use but not having a child at the time showed how young at heart she was. This is one of the things I like most about her, she also has brains to burn. She thought it would be fun and look cool. I am happy to say that it did. With this post, I wanted to talk you through the process of making it in case anyone out there would like to build similar and I'll explain some of the things I had to do to make it a reality.

@curie thank you for featuring @jasperdick and I! What an honour. This is such a lovely and diverse curation of content. Well done everyone!

Thank you so much for your support, I really appreciate it! <3

the display of the image shown is very how are you friends today I hope you are always in good health and can participate in activities smoothly. good. they are buildings of exquisite shape and design.

Now, that caught me on surprise, thank you. I just published some hours earlier. Congrats also to the other featured articles.

I must delete my message, I am harassed, explanation below!

To answer your question that you obviously spammed to several people, and in only a few words :

I experienced an abuse of power by a curator who voted negative -100% on my article, because I gave him -1% on a comment of his that was aggressive to my taste. And, also because with each article that I create he criticizes me all the time, he always has something to say that I disliked by dint of each time making a remark to each article. It's like on social networks you have the right not to like a comment and the -1% was like a sign of "I don't like." So it's a joke and it does nothing special for a comment. But, I did it on the official profile and not on his curation group account.
His group curation account is "Hive-143869" and his official account is "itharagaian" which has multiple accounts for him.
So early, with his curation account, he negatively voted my article and not only my return comment. He voted -100% to harm and penalize abuse of his curator power.
Then, having the influence of power, he brought this woman and other accounts to make -100% to my article. For no particular reason and out of sheer wickedness of revenge for my -1% of his first comment that I didn't like.
Aren't we allowed to put a "dislike" on a comment?
Is a curator account allowed to abuse revenge and meanness to a small account like mine that can't return the same amount of HP?

Next, another person criticizes me for my spelling mistakes, I don't know him, he came out of nowhere, and it was the first time he posted something on one of my many articles for 3 years. And, with his criticism of my spelling the way he said, I didn't like that either and downvoted his comment.
Result, the curator "Hive-143869" threatened me saying in translation of comprehension that; if I again take a negative vote on a comment to a person who is part of his group, he will take it against me, so again negative votes on future articles for example.

Then, with the emotions that happened and feeling overwhelmed disloyal, I started to let off steam in writing on the end of the day of the incident and vice versa from him on me as well. And then it ended there.

I feel like I have to stop HIVE. Because "Hive-143869" told me to quit HIVE and get back to Facebook, (having told me that when we were both sending each other ranting messages).

After spending 3 years, (with Steemit before the creation of Hive) I have never experienced a curator abusing his power and forbidding me to downvote a comment "that I don't like" from a person belonging of his group, I thought I was free to dislike a comment only posted in my article.
So for him it's his guys. As if they belong to him.

It's a bit as if I now feel excluded from the freedom of my own blog, where his wife "florenceboens" made me understand that I must correct my spelling before validating my article and not later. Excluded from freedom of not being able to put "a dislike" of a comment posted in my article. Excluded by abuse being able to vote my article -100% by revenge and by profit that he knows that I do not have the weight in HP to return the same thing to him.

Today, 3 days later, he continues to write to me and hurt me in writing, always having the last word.

He plays sociophate like a psychopath and I have a big problem, this person is hurting me a lot again in writing 3 days later.