Day 1460: 5 Minute Freewrite: Be Merciful towards everyone 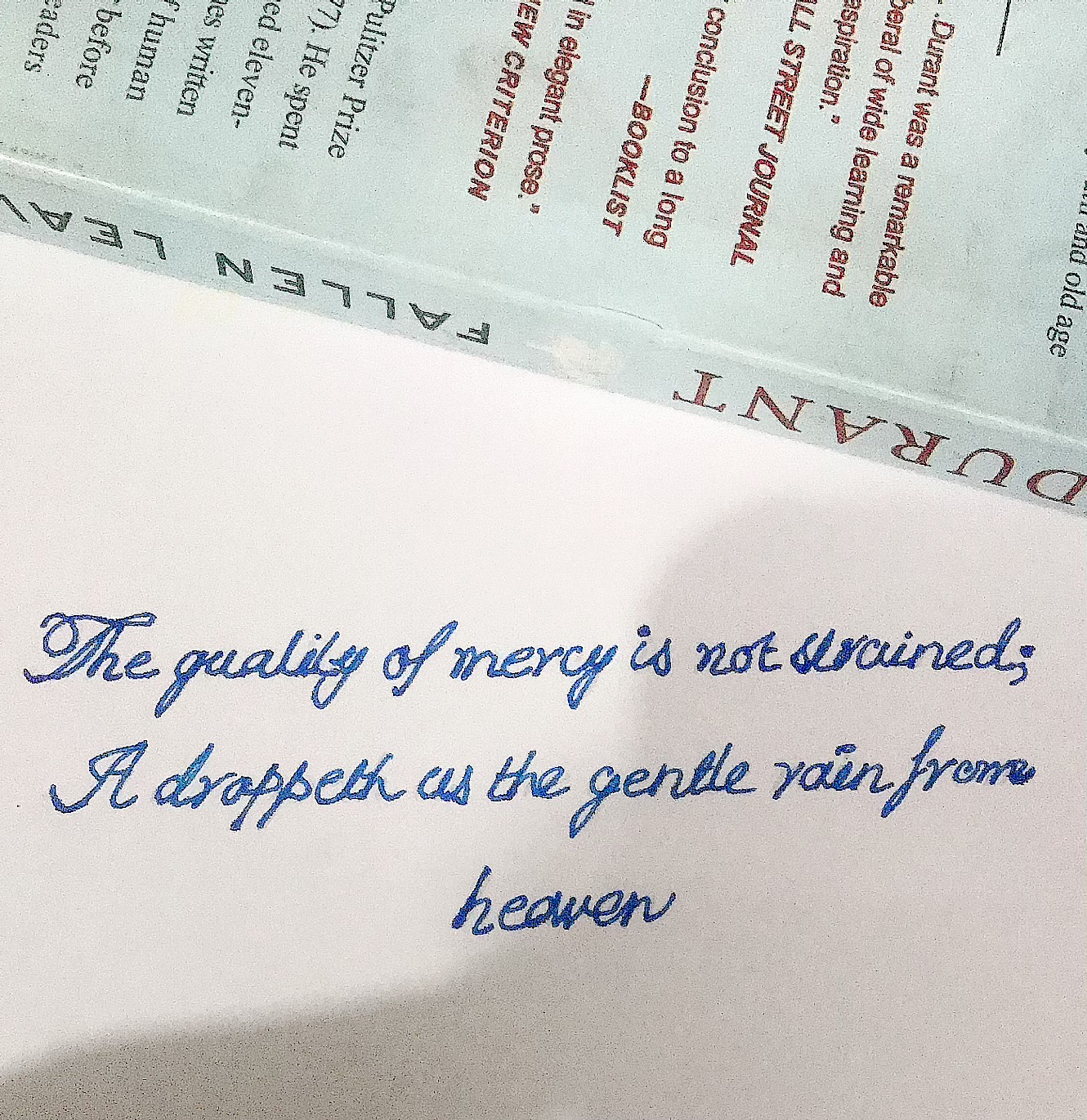 The words I wrote in stylized writing with ink pen are taken from Shakespeare’s The Merchant of Venice. In this act, Portia tries to convince Shylock to be merciful towards them.

When I read those words for first time, it moved me so much because it's no longer taught in educational institutes. The idea of mercy has been lost in this era. Mercy is divine and it's one of attributes of God. I still remember when I talked harshly with people and I feel regret why I did so. Although they made serious mistakes, I should have forgotten them. Grant mercy to people when they ask for it. Mercy is noble and it shows your generosity. Generosity doesn't mean to spend billions on poor but to be kind and merciful towards creature of God.

When we begin recitation in our tradition we begin by saying,

"In the name of God, the Most Compassionate, the Most Merciful"

Why God has given so much importance to mercy because this is divinely attribute that God loves Himself.

I have seen stonehearted people who always show disrespect and humiliation towards poor. Show compassion , kindness and forgiveness. Not everyone is perfect. Accept people with all their weaknesses . You never know what act of kindness bring you closer to God.

In the American Revolution, forces of George Washington did not take revenge on Brits. Similarly after the civil war , President Lincoln issues Proclamation of Amnesty and pardoned those engaged in the rebellion.

Sultan Saladin did not take revenge after conquering Jerusalem. Saladin proved that mercy can be given to everyone. The city of Jerusalem was taken bloodlessly. Showing mercy to Christians of Jerusalem inspired historians to praise his character. It was in stark contrast to what had happened to this city when it was taken 88 years ago.

Take example of Nelson Mandela , who sought justice without revenge.

There are so many examples of mercy and kindness in history.

In the end, I would like to ask for sake my knowledge.

** What is the greatest act of mercy or kindness you have ever seen or read in history?**

And to clarify I have written these words in English cursive writing with blue ink pen. 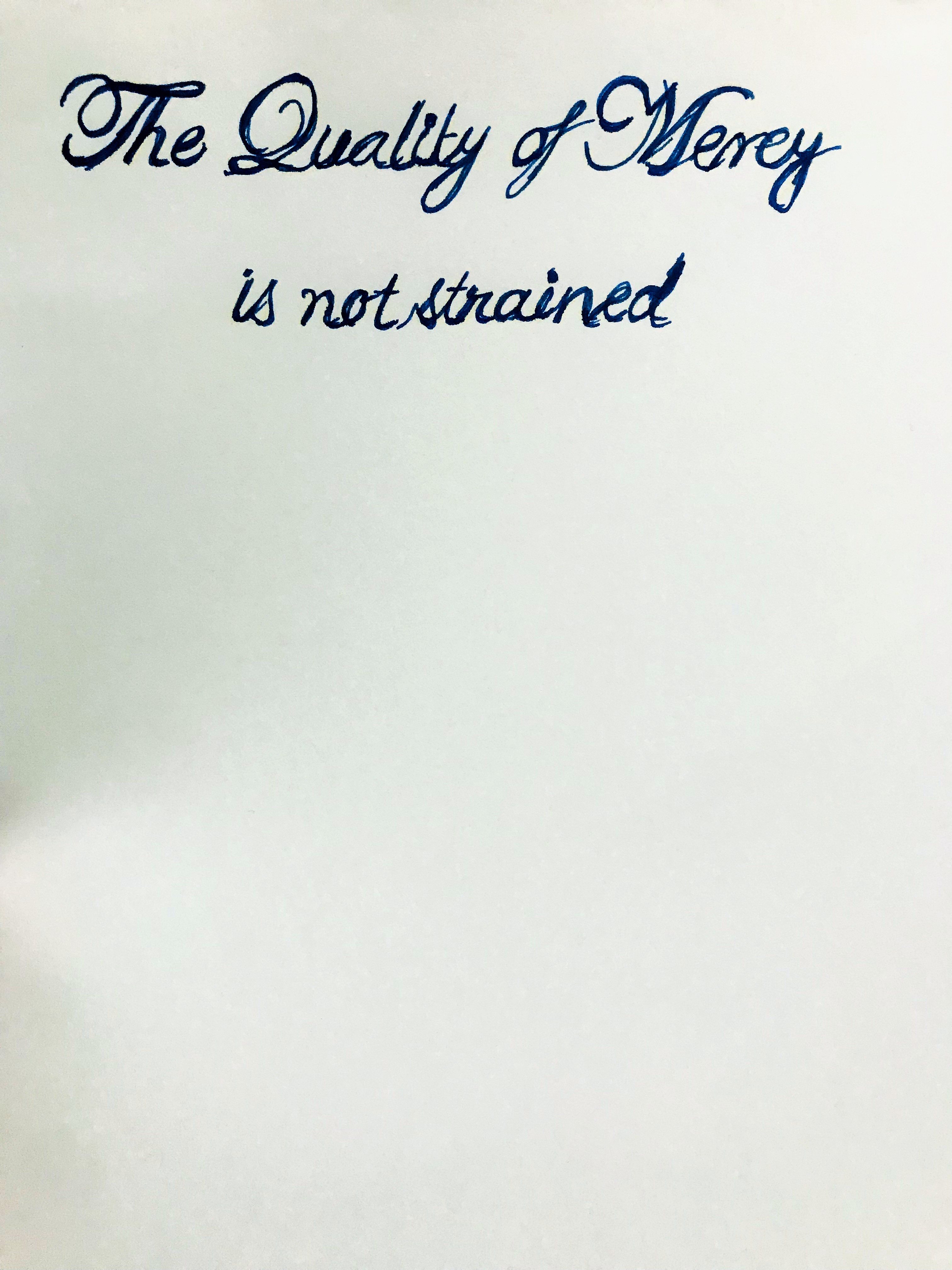 I'm enjoying your writing and your thoughtfulness @ahmdorak. Please keeping sharing the things you are pondering :)

Sorry for late response .
Thank you so much for appreciation! I do love abstract thinking and it seems you love philosophy , too.

No apology needed @ahmdorak! I only log on to Hive once every 24-48 hours, so I definitely don't expect other people to reply to me quickly :)