Pneumatic Basics: AND and OR Logic

We present the implementation of AND and OR logic in the text. Also we explores the usage of shuttle and dual pressure valves in relation to implementing logical AND and OR operation in pneumatic circuit. AND logic needs to have both input as high values (1s) for it to have an output of high (1). The dual pressure valves operates in the same manner as to an AND logical gate. Both input port of the dual pressure valve should have a air intake for the valve to switch from closed to open. The truth table indicate the response of the AND logic corresponding to a pair of input.
Truth Table: AND Logic

In the next section, the AND and OR logic is implemented in reference to the set of problem or scenario. Shuttle valve is also known as double control valve or double check valve. A shuttle valve has two inlets and one outlet. At any one time, flow is shut off in the direction of whichever inlet is unloaded and is open from the loaded inlet to the outlet. This valve is also called an OR valve. A shuttle valve may be installed for example, when the cylinder or valve is to be actuated from two points, which may be remote from one another. The problem are: 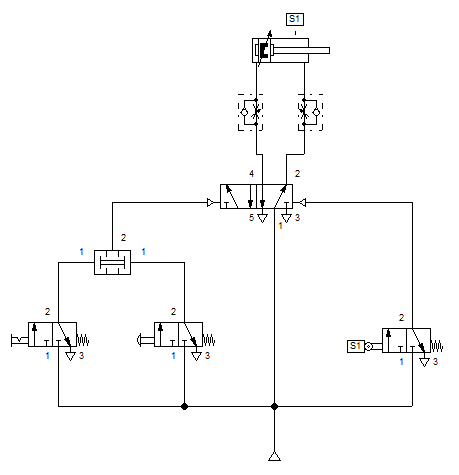 A pair of 3/2 way directional valve with push button serve as the input for the dual pressure valve in Figure 1. The circuit is built from the indirect control by which the intermediate valve have both pneumatic actuation ports. The port 15, at which the 3/2 way directional valve with limit switch (sensor S1) is placed, retracts the cylinder when it reaches the full extension. On the other side, port 14 controls the extension of the double-acting cylinder. As stated in the scenario, two push button are needed to actuate the cylinder and it must be simultaneously pressed. We interpret it as an AND logic function. We used a dual pressure valve to perform the function in a pneumatic system. 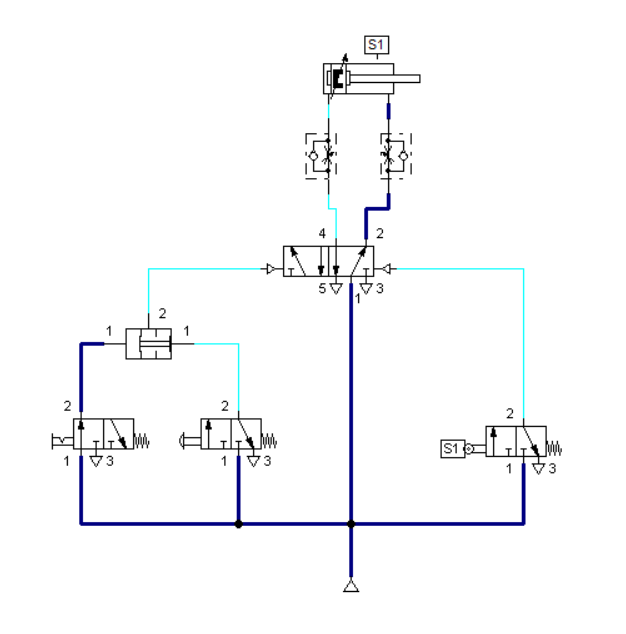 Figure 2: A single push button is pressed (AND Logic) 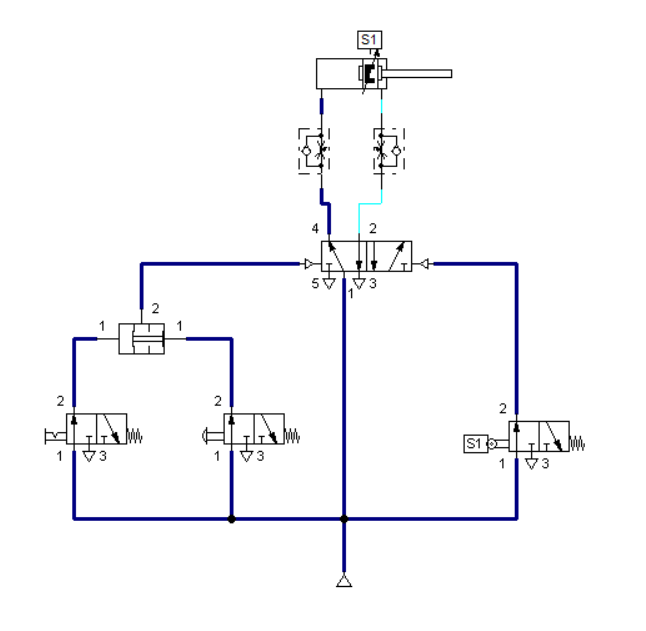 Figure 3: Both push button is pressed (AND Logic)

In Figure 3, the double-acting cylinder extends because both push button are pressed. Dual pressure valves switches from close to open state when both of its input port experiences build up of air pressure. 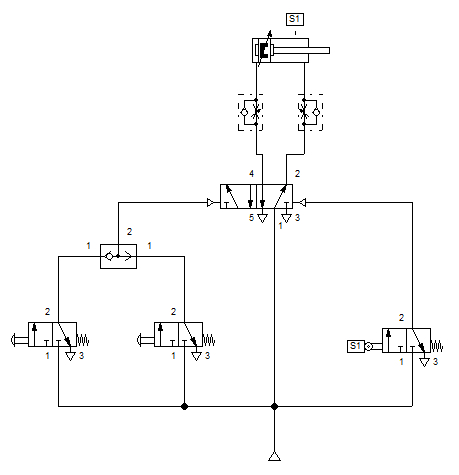 Once a push button is pressed, the corresponding 3/2 way directional control valve is actuated and a signal is transmitted to the input port of the shuttle valve. The OR condition is fulfilled and the signal passes through the shuttle valve and is emitted at port 2. The signal pressure is prevented from escaping via the exhaust of the unactuated valve by closing the line in the shuttle valve. The signal effects the switching of the control element 5/2 way valve pneumatically operated. The piston side of the cylinder is pressurized and the piston rod advances. The 3/2 way roller lever valve is used to retract the cylinder back to its original position. This is visually shown in Figure 5. 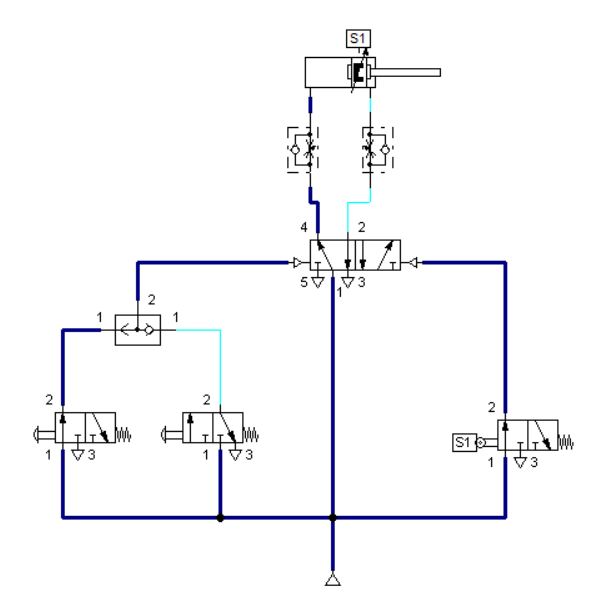 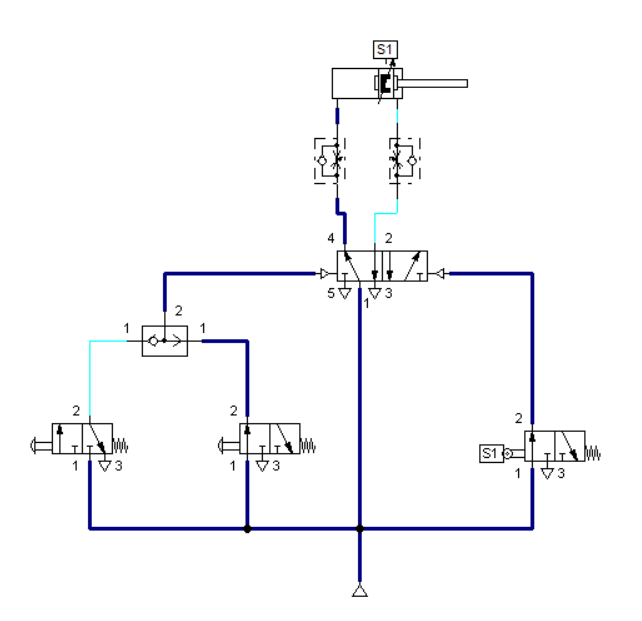 Figure 5: A push button is pressed (OR Logic)

In an AND logic in pneumatic, a dual pressure valve requires two pressurized inputs to allow an output from itself. It is an interlock control that means it is only possible to operate when a pair of condition is achieved. A classic example is a pneumatic system that works only when its safety door is closed and its manual control valve is operated. The flow passage will open only when both control valves are operated. In contrast, OR logic allows one activating condition to operate. When either actuation mechanism is connected to shuttle valve, the cylinder extends once one of the actuation is triggered. OR logic is an example of remote control of a pneumatic circuit wherein a push button can either be local to the system or remote in the control room.