WHO WOULD YOU BLAME?

Hello everyone!
This is my first post in this community which I find absolutely interesting and thought to be s part of.

So, I'll be sharing a sad yet funny experience. One that whenever I remember, i always laugh and feel happy that it turned out the way it did.
I hope you like it. 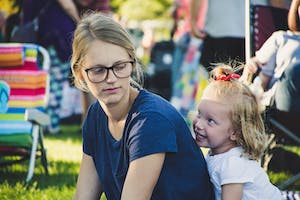 I was only obeying instruction.
I wasn't a terrible child tho.

I boasted to my mum this evening that as a child, I never got into trouble or caused trouble and then she told me this story. I had forgotten about it so this was sort of a reminder.

When I was about 6 years old, she took me to an event as there was no one to watch after me back at home. It was a really big event that pulled crowd from different corners of the state.

At a time, she needed to use the toilet, she told me not to leave the seat and then left to go do her thing. I got tired of being by myself and being a young adventurous child, I got up and left the spot as I noticed a cluster of other children at a far end playing. When I got there, I joined the other children in the game they were playing. I even became friends with another kid of about my age. It was a big event and so a stadium was used. The place held hundreds of people. 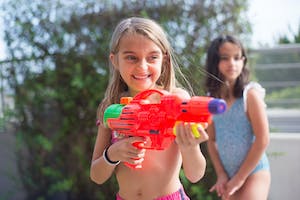 Meanwhile my mother had returned and I was not at the position she left me. She said she wasn't scared about my whereabout, she just hoped I hadn't gone and injured myself. She looked around and didn't see me. She asked those who sat around us but they didn't have an idea were I went. It was at this point that she panicked as she knew I wasn't a child who disobeyed instruction. So, she started to look for me.
In the course of her search, the program was brought to an end. People began to get up and scurry to leave. She got even more scared because there was a sea of people and there was no way she could locate little me in that crowd.

Back where I was, the child I was hanging around got called in by his mother. I was left alone and since I couldn't play on my own, I decided to go back to my seat. When I turned around, there was chaos. So many people moving. I would not be able to walk in that crowd cos they shielded my view.

After standing at that spot for a while, i heard my name and I looked in the direction of where it was called. It was some man. He beckoned to me to come over to where he was but I remained at the spot. Seeing my hesitation, he walked over to me. He called my name again and asked how I was, I replied. He inquired about where my mum was and why I was standing where I was. I said she was at her seat and that I am going to meet her.

He offered to take me to her but I refused. He held my hand and started to walk but then, I started crying and wailing "Leave me alone. I don't know you!". My cries got the attention of a handful of guests and they gathered around and asked what the matter was. The guy said he was an uncle who was taking me to my mother. I rebuffed that it was a lie, that I didn't know him. People started to yell at him. Someone even threatened to call the police. A young man slapped him across the face for trying to make away with a little child. 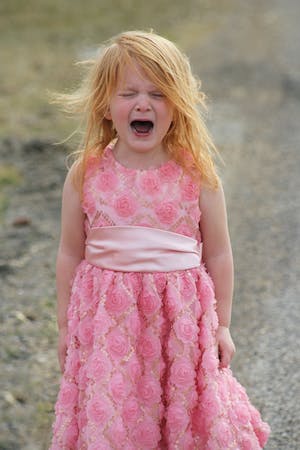 In truth, I did not know him and I remembered my parents always advicing me never to follow strangers as cases of kidnapping (especially of young children) was rampart at the time. I was acting on my parents advice as I didn't want anyone to turn me into yam(which was what my parents said the culprits do to kidnapped victims) with magical powers and thereafter, use them for ritual purposes or something evil.

'By this time, a number of persons had began hitting the guy and using vile words on him. No one bothered to listen to him neither did anyone ask him to call my mother on phone to confirm. 'My word' was enough. After all, why would a little child lie?

My mother said she saw a crowd gathered while she was going in search of me and wanting to satisfy her curiosity, she went there. She walked up to the crowd and managed to push through to the scene. Behold!, There I was crying and looking both confused and amused. Relief washed over her when she saw me. Immediately
I saw her, I yelled 'Mummy' and ran into her arms. 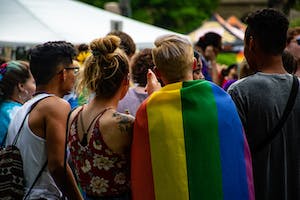 At this point, the crowd had turned to face her. She then enquired about what was happening. She even called the guy by his name. When she was told, she acknowledged that she knew the guy really well as he was a family friend. By that time, harm had already come to him. It wasn't uncommon at the time for a person to get beaten to a pulp by a mob whenever an alarm was raised. The people began to console him and whatnot. I still remember how swollen his face was on that day.

So many persons blamed my mother for being careless with me and leaving me by myself. Some others praised her for raising a smart child.

You can only imagine the spanking I received that day. So many persons blamed my mother for being careless with me and leaving me by myself. Some others- my mother inclusive- praised me for being a smart and obedient child, but I still got punished for disobeying my mum by leaving the seat. 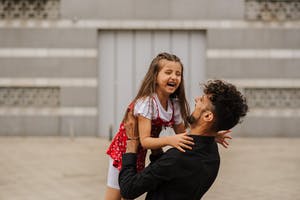 Guess who's my best uncle at the moment? Yes!, You guessed right. That uncle. The one I almost got killed!

Thinking of this story now, I can't help but laugh at how childish I was. I still do not think I was a problem kid. Or was I?

I hope you enjoyed this piece.
And, thanks for reading.
Goodday!

Hahaha😄😄😄. I think you're to be blamed and also your uncle too, and even your mum.
I think you all should share in the blame. Your mum would have left in someone's care, you shouldn't have left where you are, your uncle should have called your mum on the phone or the police .

But I pity your uncle . He didn't deserve what he got😄😄.

I'm just happy the story ended the way it did. Atleast everyone was safe at last 😄😄😄.

Thanks for sharing. This is cool

We're all to blame really.
I'm glad my mum showed up when she did...else.

By the way @cheeamaka you're welcome to this beautiful Community, it's a place where you'll not be short of laughter, there's always something to tickle your fantasy.

I can only imagine how the uncle would have felt, his pain would be double, hehe..,but I can't blame you, as a child if there's someone you don't recognize there's no way you should go anywhere with that person, so you did the right thing...but all this wouldn't have happened if you stayed patiently on your seat like the good child that you were...

If only I stayed back. But being a child, I couldn't resist going to play with the other kids.

I've read so many hilarious things on here. I'm definitely enjoying it here. Thank you!

An innocent problem child you were! If I'm to make it a little cool that way 😅

Well, to be sincere you're to be blamed for disobeying at first.

But seriously, if your uncle had known... He would have just let you be and call your mum quietly 😂

Well, I sense a happy ending since that same uncle is your favourite now 😊 that makes a very good happy ending.

You should thank mum for that story, it was worth telling again.

You're very much welcome to our community, do come back again!

I was only acting my age but am glad it all turned out well.

See the way I'm feeling for the guy😭.
Normally if you get home that night, "spanking" is an understatement to what would happen unless you're last born it let me your parent Pampers you .lol🤣

I'm the last child but my mum doesn't spare the rod. She gives it hot-hot.

Alright. I will do as said.
Thank you!

Awhn mehn. I'd hate to be in your uncles shoes in that story....this is why I'm a strong advocate for avoiding children as a man... but the need to protect your own can be defeated by such self security. I'd probably get beat up twice for my nephews though...as long as they are safe...

I'm glad things didn't get worse than it did.
And, I understand you totally. Thanks for your input.

A memorable day it must have been for both the child and the uncle, crazy way to meet family…lolz.

And ofcourse I’ll say you were a smart kid cause you acted out of defense and self protection, your uncle tho would have found a suitable way of telling you he is family quick. His fault too. Great post here and don’t miss the official ecency discord meeting on Saturday really expecting you and love your talent. Thank you for your input and I'll be there!

Lol, poor uncle 😂😂 to be honest , reading this, I thought he was actually a kidnapper till I got to the point where you said your mother called him by his name 😁

You were an absolutely smart child, not many children will raise an alarm like that but you shouldn’t have left your seat sha 😅😅

I was only a child and you know how restless kids tend to be.

Thank you for reading ☺️