Defibox School | My participation in the Defibox Global Essay Contest

One of the most common difficulties that's usually found when participating in a decentralized finance platform is the lack of knowledge of the new user who is interested in them. It seems illogical to say this, but it's the reality, because when entering they come across so many unfamiliar terms, that if they aren't very motivated to participate, they could be immediately discouraged. 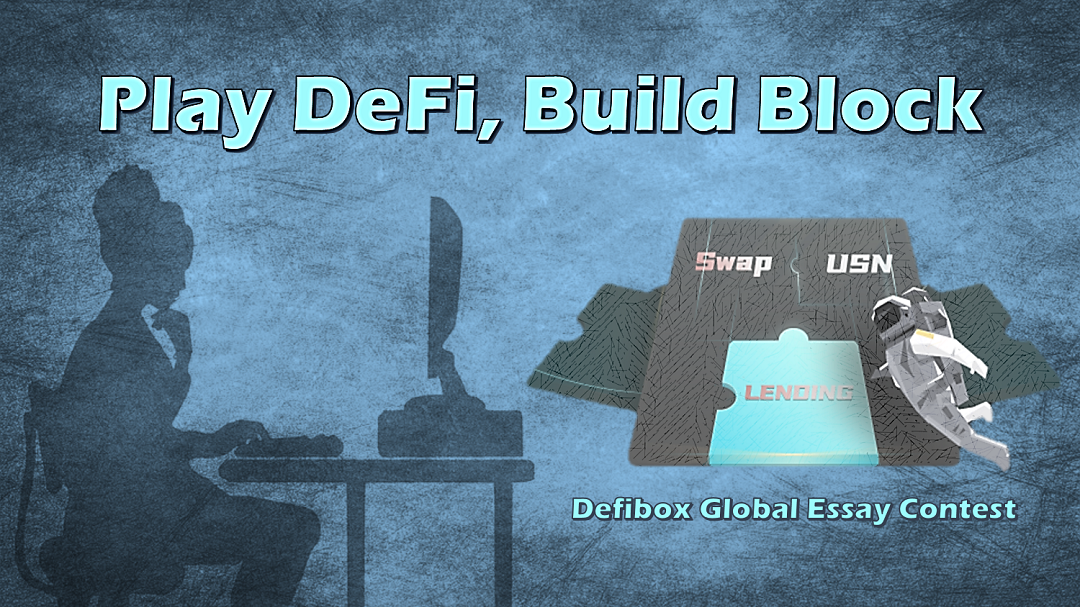 And no matter how long they have been using cryptocurrencies, or consume any other product based on the blockchain, when they enter the world of DeFis, they realize that it is something very different, and they can feel like complete newbies, it's like if you entered another ecosystem, because by far it can be truly intimidating.

However, they know that the DeFis are something important and that they grow exponentially, because the networks are full of news about them. Many of those news refer to the large sums of money involved, giving a first great impression that triggers the desire to be part of this movement, and being able to receive profits as well, but this desire can be frustrated by the complexity of the terminology or the use of the platform, losing a potential new user or investor.

I think that one of the most common factors among people, who have been immersed in the world of blockchain for the longest time, is the desire for a massive adoption of decentralized products to be achieved, based on this technology, to end the dependence on centralized entities, so as to be able to carry out many of our commercial activities, though, this is not accomplished due to the many obstacles that must be overcome, including the complexities of the procedures.

Based on this, I have always thought that a key point to achieve greater adoption is the simplification of these technologies, where the final user doesn't even know that he/she is using a blockchain. An example of this is the use of social networks. You don't have to know about programming or algorithms to participate in them.

I'm well aware that this process will take time, but while this is happening, efforts may be made to guide new users, so that they will not be intimidated by the complexity they encounter when logging in for the first time. This can be achieved with simple efforts. 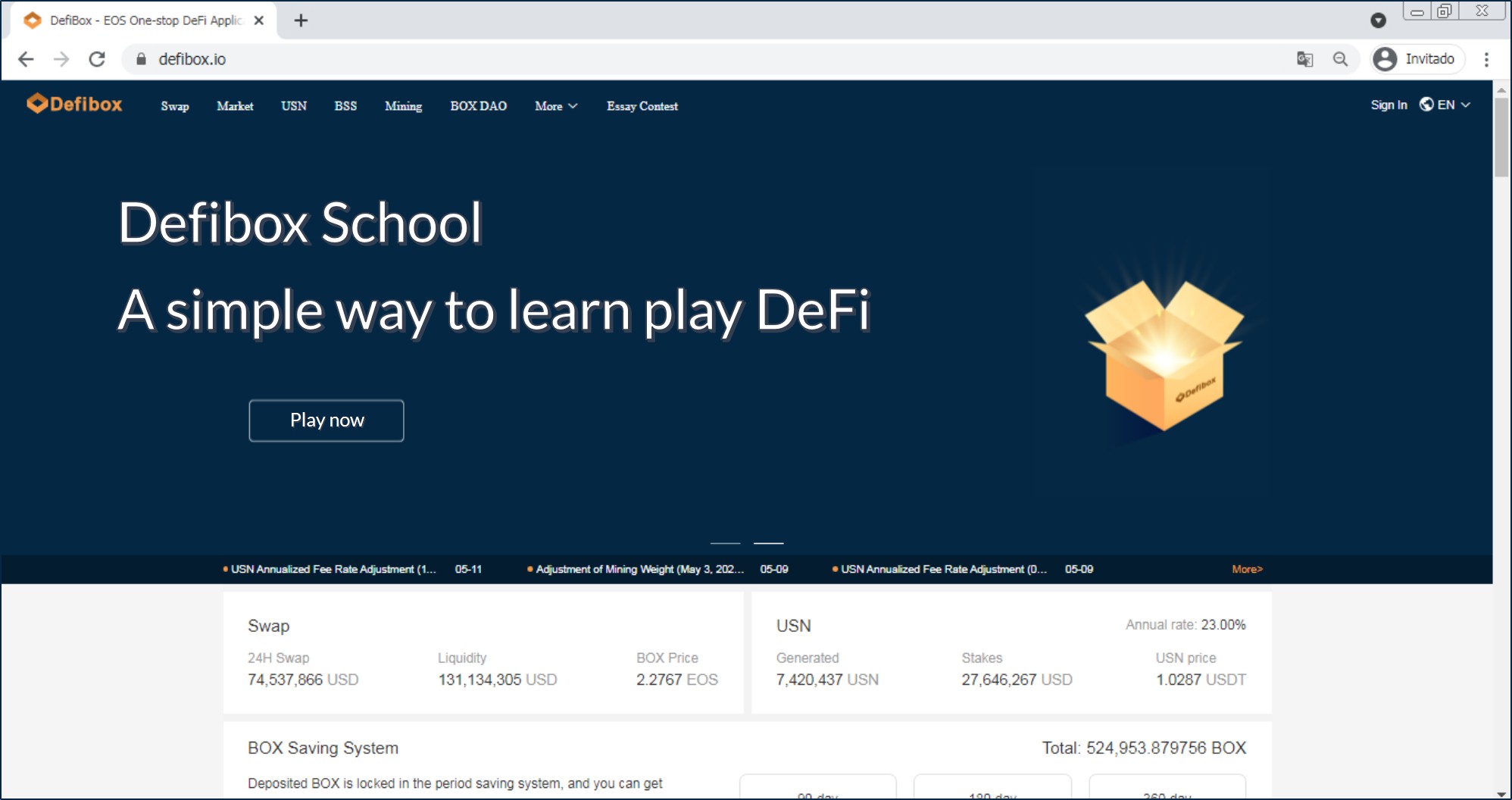 Being a genesis user of the EOS blockchain, for me it has been a source of great joy to see everything that has been achieved so far, which contrasts greatly with the beginning of everything. I still remember how complex it was to open my first EOS account Through SimplEOS. I felt like I was hacking NASA, but seeing platforms like Defibox today, striving to implement changes for the good of the community, makes me feel like everything is on the right way.

Nevertheless, there is still a lot to do, and Defibox may be one of the great protagonists to achieve mass adoption, the reason why I call my presentation "Defibox School", based on the basis of this contest that says:

This, the way it is seen, consists of placing at first sight and first hand basic help, dummies style, for new users, who, when arriving at Defibox, either for advertising or some other type of promotion, are not intimidated by the first thing they see. The idea is for them to feel welcomed and that a hand is being extended to them.

It's known by those of us who have used the platform for a while that Defbox has a support and help center, it even has its FAQ. However, it is located at the bottom of the web page, not being quickly accessible. 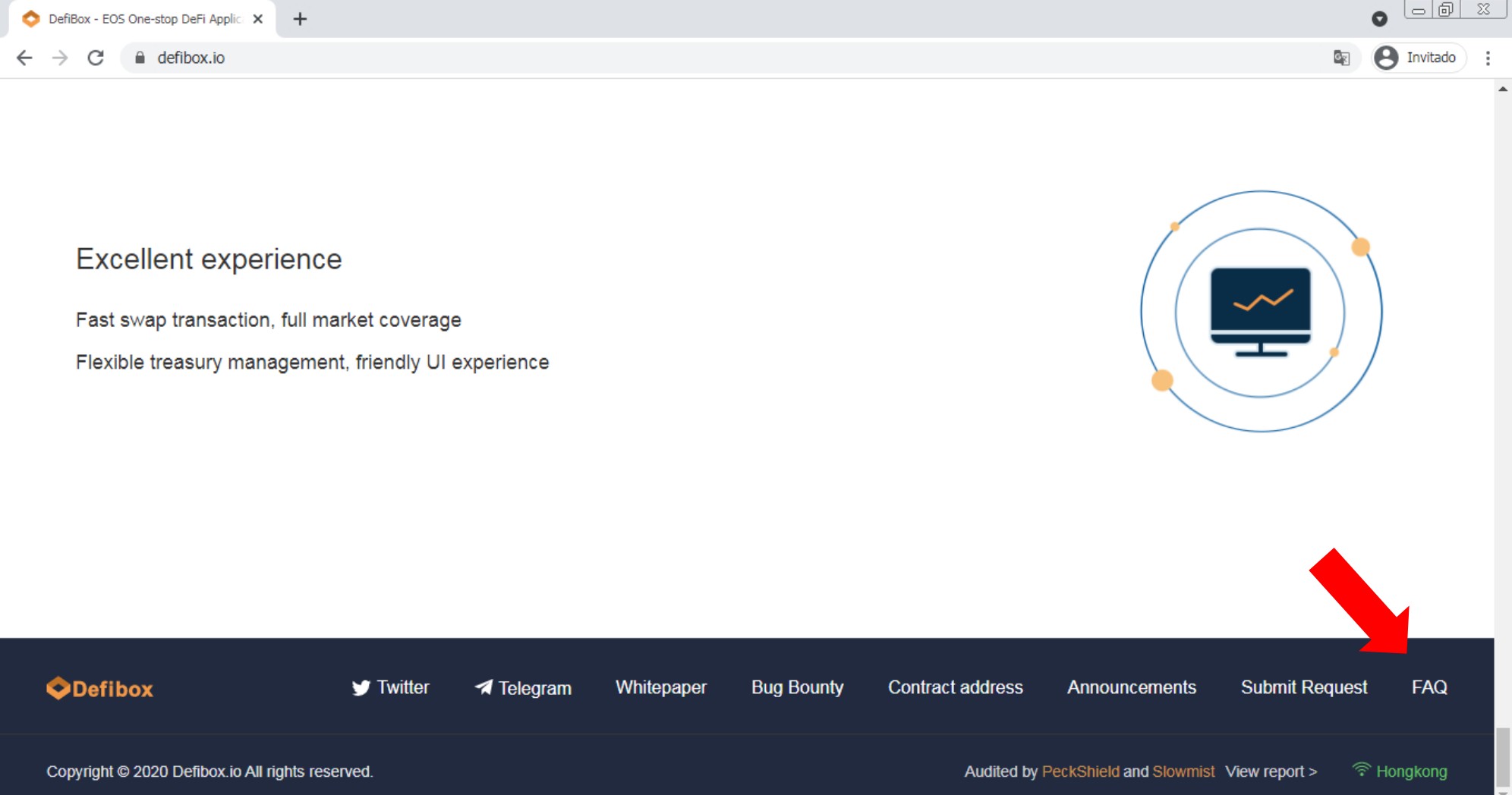 After becoming familiar with these terms, the new user could access a series of procedures’ videos or tutorials within the platform, including: 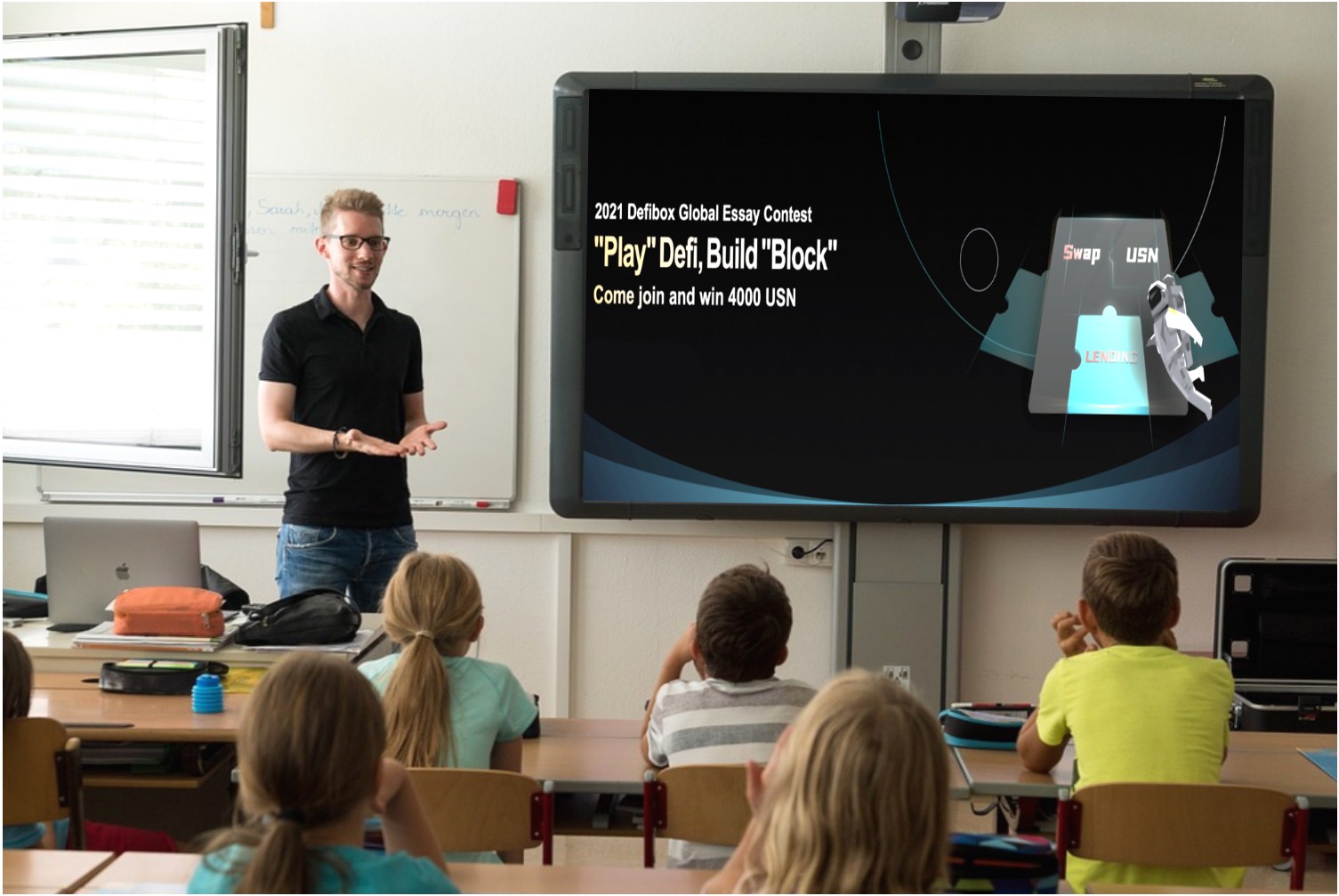 To ensure that the user complies with each of the training stages, a small incentive could be given for completion, to avoid scammers who wish to do it with multiple accounts, these funds could only be used within Defibox, an LP token, for example. In the end, what is sought is to draw the attention of more people to the platform.

It is well known that efforts to train more users are giving good results on other platforms, Binance, for example, and its blockchain school that attracts more and more users, which allowed them to expand their P2P platform to many more countries. This could also happen too Defibox, we could see in the not too distant future users from various places in the world trading among themselves through this platform, first doing a sawp and then exchanging fiat currency with others, or even better, paying for any purchase directly from Defibox.

Very much obliged to the Defibox Foundation for opening this space to propose our ideas, with the option that they be accepted for possible implementation. Thanks for paying attention to the community. My best wishes to you.

Images taken from Pixabay and the official Defibox site

Congratulations on your successful participation in the competition, Daniel. You have to be very courageous and determined to accept such a challenge. Are you really that talented? Unfortunately, I never had the ability to write and had constant problems in college. Therefore, when looking for a job, I decided to use the services of a specialized service https://www.lorservice.com/mba-recommendation-letter-writing-service/ in which I received advice from a writer and ordered this work to him. I liked that I could contact at any time and all the corrections were agreed with me. In the end, I really liked the result.

My main concern was that I wouldn't be able to finish my work on time. My teacher will subtract points from your score if you submit an essay after the deadline. Have you heard about essay service, a fantastic writing service? Obviously, these brillassignment can help me; I appreciate the fact that this company has qualified writers and a reputable customer care team. If you're on a tight deadline, I'm convinced that this writing service can help.

These days, reviews of essay writing services are simply necessary. There are many places where you can read reviews, from student reviews to websites dedicated to essay writing services. However, don't just take these reviews at face value - they need to be analyzed and used with caution. Here are some points to keep in mind when reading reviews of essay writing services. First, remember that not all reviews will be equally helpful. Be sure to do your homework to find the most appropriate reviews. You should also only use trusted review sites, such as https://essay-reviewer.com/domyessay-com-review/. I often use this service myself and it has never once let me down.

I wish I could take part in such contests, it must be very interesting and prestigious. Unfortunately, I'm not so good at writing, and to make sure about the quality of my papers, I usually turn to a nursing writer who can prepare an excellent paper in no time. I can't even imagine what I would do without this help, the quality is always awesome.