Bitcoin pushes through $11,800 and remains on track with Stock-to-Flow Model

A long used metric to price gold and other precious metals, the Stock-to-Flow model was applied to bitcoin famously by @PlanB on Twitter.

He found an uncanny similarity to how bitcoin behaved in the wild versus how the stock to flow model suggested it would.

In fact, according to @PlanB, the model has accurately accounting for over 90% of bitcoin's moves since it was created.

Not sure about you but anything that has been over 90% accurate since inception seems like something to pay attention to.

And as it stands now, bitcoin continues to follow the predicted prices, almost to the letter: 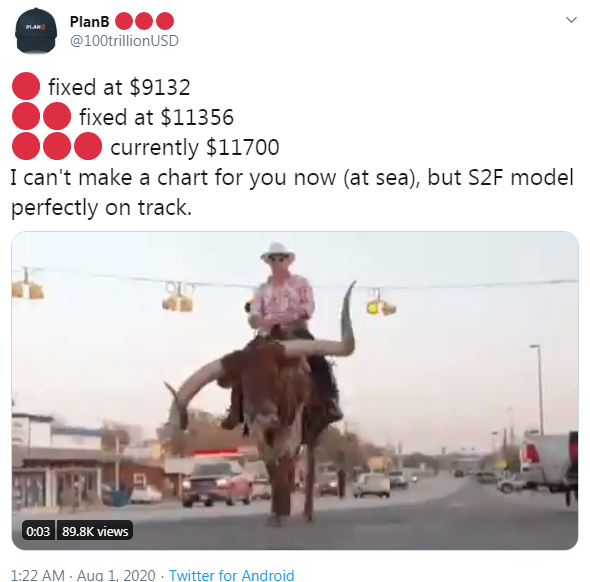 As I mentioned above, the model has explained the vast majority of bitcoin's moves since inception and if that trend is going to continue the next move has to be significantly higher for bitcoin.

The model is predicting something like $100k by the end of next year.

If you haven't seen the current stock to flow model in a while, here's the most recent rendering put out by @PlanB: 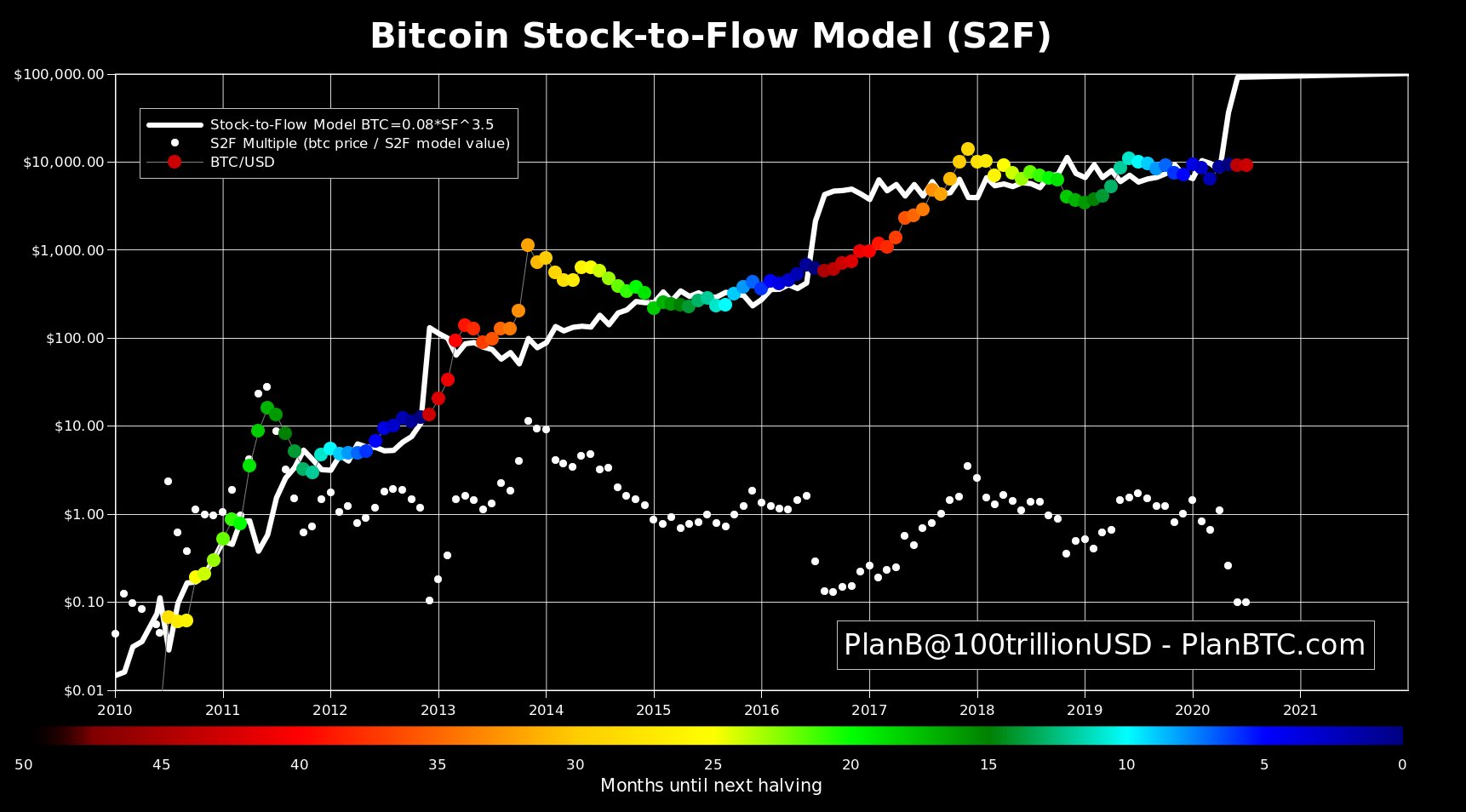 (or for a smoother rendering using other commodity values as well, see below) 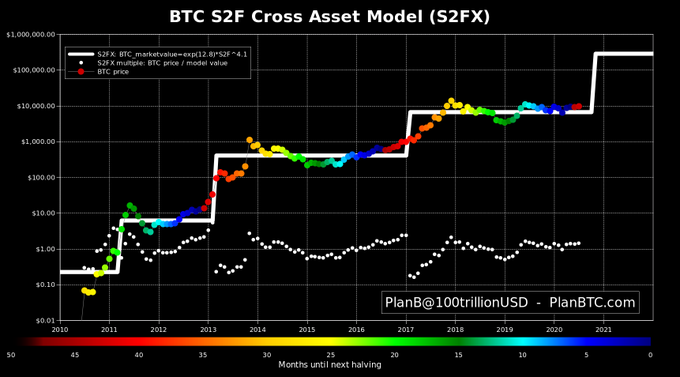 And right along with the theme of bitcoin behaving as expected, it just created it's second red dot, which was slightly higher than the previous red dot, which is exactly what the model has shown after previous halvings.

The time periods that have shown the greatest (and fastest) price appreciations for bitcoin are the red and orange dots, which is exactly where we are right now.

All this is great, but is HIVE ever going to participate in the fun as well???

I have seen a lot of questions and complaining about the price of HIVE not seeing any love at all over the last several weeks when we had a minor altseason and are now seeing tremendous strength almost across the board.

I don't have great answers as to why HIVE isn't participating more than it has other than the vast majority of the coins seeing the most love are readily rewarding their investors via Defi and the like.

The market doesn't seem to be interested (at the moment) in the long term prospectus of a blockchain that eventually may or may not have some cool things built upon it.

And we have seen for years and years now that the decentralized social media rewarded in crypto that HIVE/STEEM has to offer hasn't really caught on with the masses for whatever reasons.

But, just because it hasn't been included yet doesn't mean that it will never be.

It's very possible that we will need to see bitcoin break to new highs before we see a rising tide really lift all boats similar to what we saw back in 2017.

In fact that is my guess as to what happens as it relates to HIVE, although it sure would be nice to see it rising like many of these other high flyers are at the moment.

what you say is true.

Yep, you pretty much nailed it. Fun times eh?

Just convert a little Hive to Bitcoin and Ethereum every now and then and you will have some good gains on your Hive earnings..... Especially when Bitcoin and Ethereum have big drops. Hive, Steem, Blurt, Smoke.io and Publish0X are the only places you can earn a good amount of crypto through blogging. AWC on Atomic wallet is best place to Stake crypto to earn 20% + .... maybe Hive should look at getting added to the Atomic Wallet for staking ? I make these suggestions and they go nowhere. Nobody listens to me .... I stopped trying.

sooner or later everyone will want to own a fraction of Bitcoin.

Aaaaan that’s a buy ladies and gents, I’m sure plan B and Preston Pysche must be losing their minds right about now

I'm sure Hive will get it's day soon, as we start to become more influential with the mainstream audiences using Reddit, Facebook, and so on. It'll take time, and a bucket load of marketing magic to get the good word out!

Speaking of, at least it looks like Hive is staying steady compared to the volatility. BTC broke past $12,000, before dropping 12%. ETH saw a huge rally today, up to about $410, before following Bitcoin's drop, and now falling 20%. Both are back up, and handily in the green still in the last 24 hours.

Will it though? Many of those platforms are launching their own tokens and trying to figure out how to become more decentralized. If HIVE is really going to steal those users away, it probably needs to happen soon.

Agreed! The heat's really onto us since Reddit's plan to launch ETH token on their site. It's fair to say that while people care about their privacy more than ever, moving into the decentralised movement isn't really necessary. It's not something that they want to do, knowing how much they have to give up.

It's up to platforms like Hive to get people in the know about why it means to be decentralised, and more on how Big Tech's using their data. That education is crucial, and I really think that Hive should do a lot, lot more in terms of marketing.