leofinance (76)in LeoFinance • 4 months ago 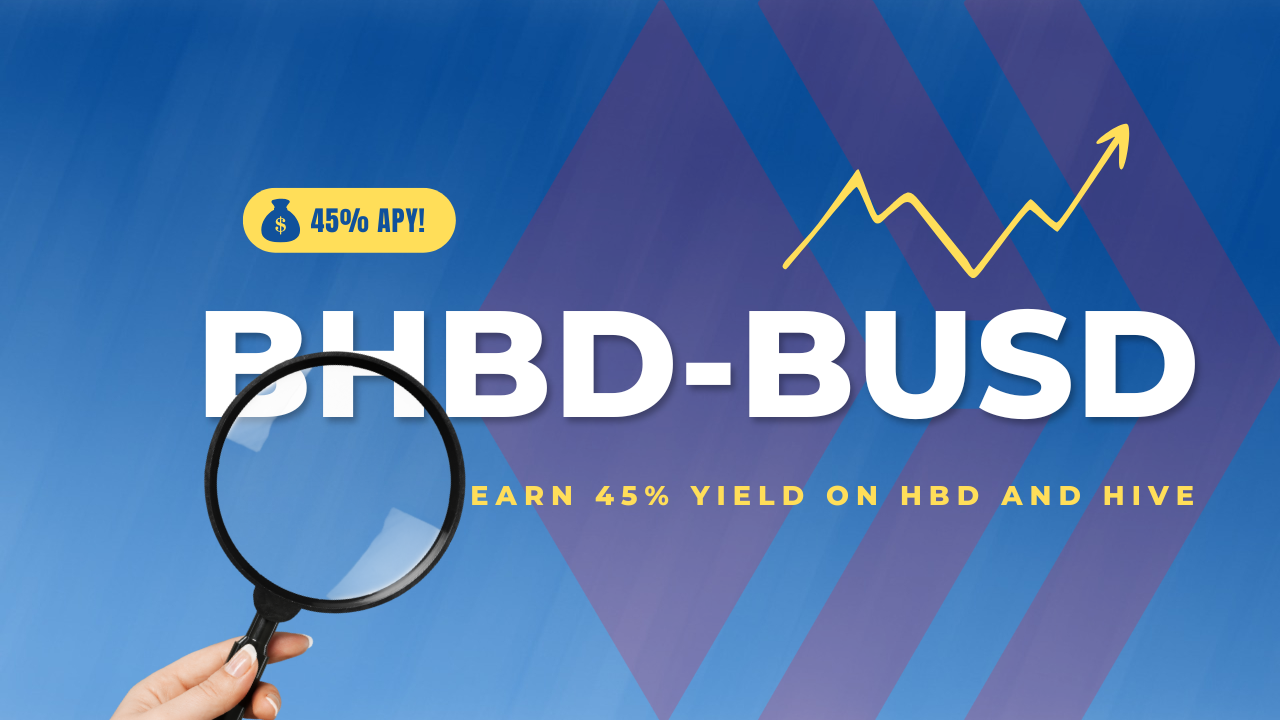 CUB has recently moved to an all-in strategy on the Multi-Token Bridge (MTB). After a successful launch of the bridge, we've seen hundreds of thousands of CUB get burned. In August (last month), the MTB launched and at the time we had burned a total of 517k CUB since CUB was launched in March 2021.

We're only halfway through September which means that we're on-pace to burn 300k CUB this month, putting the total CUB burned since the launch of the Multi-Token Bridge at 500k... More CUB will be burned in the first 2 months of the multi-token bridge than the first 18 months of CUB's lifespan. That's pretty insane.

Through our successes and failures in building DeFi use cases and applications, we've finally landed on the Multi-Token Bridge technology. We've spent a disproportionate amount of time lately on improving the MTB and making it highly reliable, efficient and also improving the tech support. We're happy to announce that failed wraps/unwraps are now down to essentially 1 per 100 TXs (1% of the time) and in the unlikely event that a refund is needed, our new tech support system has gotten the refund turnaround time down to 12 hours or less.

CUB's new strategy has us going all-in on the Multi-Token Bridge (MTB). The reasoning behind this is made clear by the disproportionate amount of CUB that we are burning on a daily basis.

If you're following the "Total CUB Burned" number at the bottom of the CubFinance Homepage, then you'll see that number ticking up every single day by 15-30k CUB.

As of yesterday, the MTB crossed $410k in Total Value Locked. That's a fantastic number but it goes to show how a small amount of liquidity can create an incredibly positive effect. On just $400k in liquidity, we are able to burn over 300k CUB per month. What happens as this number continues to grow (as it has been growing consistently by several thousands of dollars per day)?

Our Mission is to turn CUB into the ultimate DeFi platform. We're seeing this turn into reality thanks to our new focus on HIVE and HBD and providing a landscape to earn massive incentives for pooling/trading HIVE/HBD on BSC through CubFinance.

You can see HIVE and HBD taking precedent on the CUB Platform. Our focus is on generating the highest degree of rewards to anyone who wraps HBD and HIVE over to BSC and then provides liquidity to these pools. A guide has been put out for anyone who needs a step-by-step walkthrough on how to wrap and LP HIVE/HBD on CubFinance.

A few people like @edicted have pointed out that a supermajority of CUB Block Rewards are now flowing to these Liquidity Pools. That's 100% correct and the reasoning behind that should be abundantly clear: we're seeing a disproportionate amount of value be generated by the Multi-Token Bridge every single month and 100% of that value is buying and burning CUB on a daily basis.

At current rates, CUB is nearly deflationary (with an average of 15-30k CUB being burned every single day - depending on the day - and 28k CUB being created).

If we can grow the MTB liquidity further, we are likely to see CUB flip deflationary (burn more CUB per day than is produced) in the next 30-60 days.

How Are Yields This High Possible?

Is it possible and sustainable to provide 40%+ yield to people who pool HBD and HIVE on CUB? How long can we keep this up?

The key to long-term, sustainable yield is efficient capital.

Before the Multi-Token Bridge, we hadn't figured out the efficient capital equation.

To generate long-term, sustainable yield we simply need to generate more revenue from the assets pooled on the platform than is being paid out in block rewards.

That is made possible through 3 methods of revenue generation:

We spent a ridiculous amount of time trying to make this work and I believe we've finally hit a stride that is sustainable. The key now is to scale up and bring more MTB TVL into the platform to increase wrapping fees, staking rewards and arbitrage revenue (arbitrage revenue being the largest source - and one that exponentially grows as liquidity deepens).

Got HIVE? Got HBD? Pool on CUB and Earn Massive Rewards

There are two pieces to this equation. One is that you can simply sell the CUB you earn on a daily basis (no lockup periods or any fees for harvesting daily). This will give you the exact yield displayed on https://cubdefi.com/farms.

The other is more speculative - LP your assets and harvest your CUB and reinvest into CUB-based LPs. The yield can grow exponentially IF - and it's a big IF - CUB flips deflationary and the price begins to increase.

Growing the bHIVE and bHBD LPs is Now our #1 Mission

Our #1 focus right now is growing the bHBD and bHIVE LPs:

Growing these 4 LPs is something that we'll focus on heavily. Right now, we're at $410k TVL. We're seeing daily growth in this figure and the growth is climbing at an exponential rate.

Seeing this number grow to $750k, $1M, $1.5M and beyond is our mission. We're burning 300k CUB per month at current rates. If the TVL 2x's, we'll burn even more than 600k CUB per month (since the arbitrage revenue grows exponentially for each $1 increase in TVL).

Flipping CUB Deflationary is NOT guaranteed, but it is likely at the current pace of TVL growth. We simply need your help - Hive and Leo community - to grow the assets in the MTB in order to make this a reality.

Building a Decentralized Marketplace for HIVE and HBD

Right now, HBD is listed on virtually no CEXes (not counting the manipulated and walled garden that is Upbit)... HIVE is listed on very few CEXes and the main one being Binance that is hard for 90% of users to access.

Our goal outside of making CUB a success is also building a decentralized exchange market place for buying and selling HIVE.

We've built smart contracts that allow anyone - regardless of who or where you are - to buy/sell/pool HIVE and HBD in a decentralized way. That mission is becoming increasingly important as regulators slam their hammers down on Centralized Exchanges.

We love and believe in Hive and its ability to change the world. Our mission is to make this blockchain more accessible whether that means building great social apps (https://leofinance.io and LeoMobile IOS/Android) or building decentralized methods to buy/sell/pool HIVE & HBD.

Our mission is to put Web3 in the palm of your hands.

Web3 is about more than social media. It encompasses a personal revolution in financial awareness and data ownership. We've merged the two with our Social Apps and our DeFi Apps:

45% APY is just too much and amazing. Lots of hivers are going to join this for sure I believe. Thanks @leofinance
You always amaze us.

I have a question. It happened to me in pHBD that I deposited in farm with USDC and when HBD went up I took it out to sell it, but they gave me half of what I had deposited.

Does this mean that when the HBD goes up, a calculation is made to equate it to the dollar? If the HBD goes down, would they give me more HBD?

It's an impermanent loss.
You can search this key word to find the answer for you.

This is really nice and very much appreciated

Building a decentralized marketplace for HIVE and HBD is a true commitment and one that is well needed for this ecosystem. I cannot but wonder how come after so many years we aren't listed on big CEXes and DEXes... something in need to improve the tokenomics.

This is a very good new to the community, what a way to grow and earn faster

I asked these questions on Threads last night, but nobody chimed in so I'll try again here:

I'd love to hear your strategies for using the bHBD-BUSD pool (or others?).

PS. Long may Korean pump and dumps on Upbit continue to make the price of Hive crypto go up and keep the MTB revenue chugging! Congratulations @leofinance!
You raised your level and are now a Dolphin!

Cub Finance has gone a long way since its inception. Adding Hive and HBD to the pools is something I have been looking forward to. Thanks for actively improving this for everyone to benefit from.

There's no liquidity for bHBD, it would take a week to deposit $10k into the LP unless your happy to pay 3-15% in slippage fees. 45% is cool but it can only be earned in super small amounts

This is going to be a great way for hivers and more to join and gain from it. Its really a great one and thank you for the post and information.

Good one and what a massive update here