I Cooked Two Chickens So I Could Write Two Posts

One of the challenges of being a work from home mom, is that you still have to tend to your home while you are working.

If you have a phone call to tend to

Which is what I usually have to do as I give Psychic Advice for a living, and your toddler is taking the 9 year olds barbie house and emptying out the closet of dozens of pairs of barbie shoes, then you have to choose: Do I continue talking to this person who is putting 1.21USD in my pocket every minute? Or do I save the barbie shoes that I will later have to replace?

Well, as long as the toddler doesn't eat them, right?

Right now the kids are all home for summer.

Which means that they have to eat.

Which means that someone has to prepare food.

Which means that someone has to clean the kitchen afterwards.

I decided that in order to make life easier for me, I was going to cook in bulk, and have them graze on the meals all day.

It took me six tries before I finally did it "right"

It turns out that I was not making as much food as I needed.

As the teenager pointed out, I am used to feeding them breakfast, sending them off to school (enjoying the free-for-everyone lunches and snacks), then having them come home, eat some dinner and call it a day.

Now that they are home all day every day, I have to buy more food.

Which is why I roasted two chickens, bought a bunch of tortillas, made a bunch of salsa and grilled a great deal of veggies 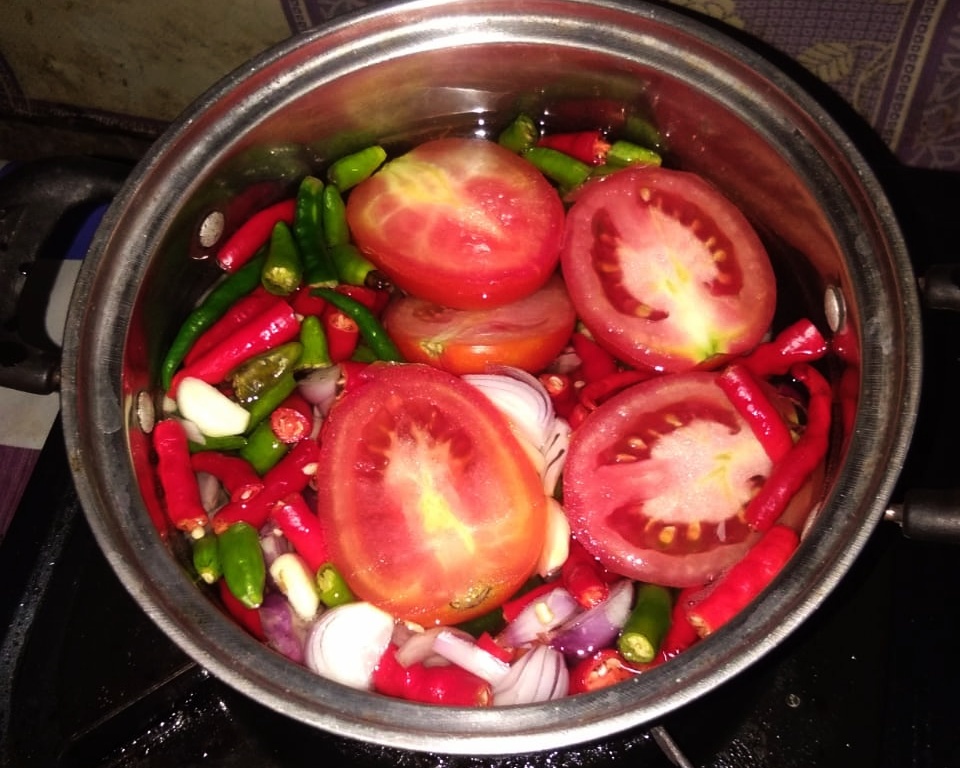 this is not my salsa, I got the image from hive stock images thank you @wiwit2

And it finally worked. It turns out that grilling one chicken is barely enough for a lunch meal, but grilling two chickens makes the food last for several meals, plus some leftover.

I think its because if they see all that chicken, then they don't have to eat it fast, because they know there's more.

That's also probably why the listnerds wall keeps getting knocked down

If there was a huge buy wall, then there would be no hurry to sell, but since its not that big, people are taking while they can and running with the profits.

One chicken? Eat it all before your sister does! Two chickens? Save some so mom can turn it into soup!

The chickens were fully used

We had tacos, soup, and chicken salad.

We were able to make three meals out of it, and some snacks.

And here is the second post I promised myself I would write after I had all that free time from cooking two chickens.

And sometimes those are the types of changes you can make, so you can give the time to your commitments.

For me its cooking two chickens.

What changes can you make so that you have enough time to meet your goals?

if anybody is wondering why I need two chickens to feed my family, its because there are six of us in a household and my kids are popular, so there are other kids coming in and out, and yes, eating. Because how can you eat a taco in front of a kid without offering them one too? And yes, I know that part of the reason why my kids are popular is because I feed their friends

I also gave lots of advice (from people who asked for it and wanted it), wrote my "How to Thrive During Mercury Retrograde" workbook which needs some finishing touches before I upload it to KDP (which allows you to print on demand), did some rising star missions, earned some splinterland cards AND cuddled with my babies.

I am cooking in bulk again this week, lasanga anyone?

Awesome that you found one of my images useful. Thank you for using it! :)

That's a valid point, knowing that food is not going to run out, you don't have to eat so quickly and you don't eat too much. And what a busy day, sounds like you really managed to do lots!

I have a little 9 year old girl who is super thin, but dear God she eats more than her father. She's the reason we don't eat "buffet style."

Thanks for uploading images and being part of the HIVE stock images platform, I plan on using it lots, and really, there is a need for an in-house service like that one.

This is awesome. Just this morning I was thinking of revamping my meals and adding more chickens to the list. And while I planned the meals in my head, I realized chicken is a huge animal for me and maybe one other person that visits. This made me decide, okay, I think, I'll have them fried and stored so it will last longer. And use them in subsequent food as the days roll in or probably sit it out, and chew with a drink or so... Lol.

Glad to see that your kids being home have made you adjust the food timetable and they are even popular because the kids in the neighborhood have a portion in all of those meals. Well done ma'am.

One chicken does seems a lot for one person, but cooking smaller portions tends to use as much energy as cooking a large one. The oven (or grill) doesn't care if its one chicken, two chickens or just a leg/thigh combo, it is going to use the same amount of energy regardless.

I agree completely ma'am. It's the same energy one uses to cook the chicken no matter the size. It's better to conserve energy.

You are welcome Ma.

What you did with the 2 chickens is similar to other things people can do to save time later. Whatever it is, the principle is the same: do it ahead of time upfront so that each day it's grab-and-go.

I'm thinking of doing that with posts: work on one big post which I break up into smaller posts to then get posted on a schedule. I haven't done this in a while, and I've never tried this including images (which is where I get hung up). I'll figure it out, but there will be trial-and-error along the way.

When it comes to creating content, we call it "batching" - you make a whole batch of posts, and then drip them out.

I kept going after the chickens. I made a bunch of breakfast muffins too and a huge lunch soup.

I used to worry about them eating the same thing for days but I'd rather have them eat nutritious food that is exactly the same as yesterdays, than end up at the fast-food drive through.

Batching posts-- that's actually what I was going to do from Day 1 before I discovered that dirty little secret of Resource Credits. I think I'll batch a bit more before I resume posting.

I have a post I want to publish; all that's missing is the cover image. For this batch of posts I'll just simplify the image rather than attempt something that will take me a long time. Then I'll schedule each part.

Some posts I can crank out quickly, but anything involving spreadsheets need to be batched just because of the time involved getting the screenshots to match the instructions. Likewise anything involving even basic coding showing CSS in action.

Going the other way, I'll also need to batch some short-form content Things like charts take me too long to do, and I'm waiting to get credentials to be able to access the HiveSQL database. I can do something like haiku but instead of nature the topic is crypto or financial.

I can always scrape together a number of links featuring other people's older content to make a daily post series, but I don't know if the community frowns on those sorts of posts. If anything, it gets engagement going so for that reason alone I would try that.

One of our daily writers - taskmaster, uses the same images over and over.

Canva is free, and you can make a header there - then you don't have to worry about images anymore.

If you'd like to write about HiveSQL Database and what it is, I would love to read it.

I will write about HiveSQL, for sure. At the moment I'm waiting to get access to it. My interest in it is to download blockchain data pertaining to me so I can then sift through it to find content I can use for spreadsheet posts. Although blockchain explorers exist for this purpose, going back further than 7 days is too painful a task.

However, there are other queries I can make which would be of interest to everyone:

I'm not looking to make any application, but I want more insight for those times I have questions about my own data. After that, who knows where things will take me?

You can already check the HiveSQL documentation to learn more about it.
There is a resources section that links to several interesting Hive users' posts about HiveSQL.

I feel like there are a lot of things that I should do and I might need to do things in bulk. Life has been busy but I need to start paying more attention and actually start getting active. I am just hoping the next few days will have things die down for me and I can be busy.

It is Bear Time in the crypto-verse. Its a great time to build slowly without feeling too much pressure.

It seems that when the markets crash, the people who stay on board are the calm ones who work slowly but surely.

Thanks for the laugh and the home economics lesson.
:)

Yay! 🤗
Your content has been boosted with Ecency Points, by @metzli.
Use Ecency daily to boost your growth on platform!