2 Identical Pumps in the space of 4 months. Coincidence? OR who cares?!

mistakili (74)in LeoFinance • 4 months ago

Is it just me or was this recent Hive pump to $0.65 identical to the one that happened exactly 4 months ago? The tweet below was made in June, the rest of the market was very bearish with Bitcoin dumping below $19k. But then Hive stood out and infact pumped. 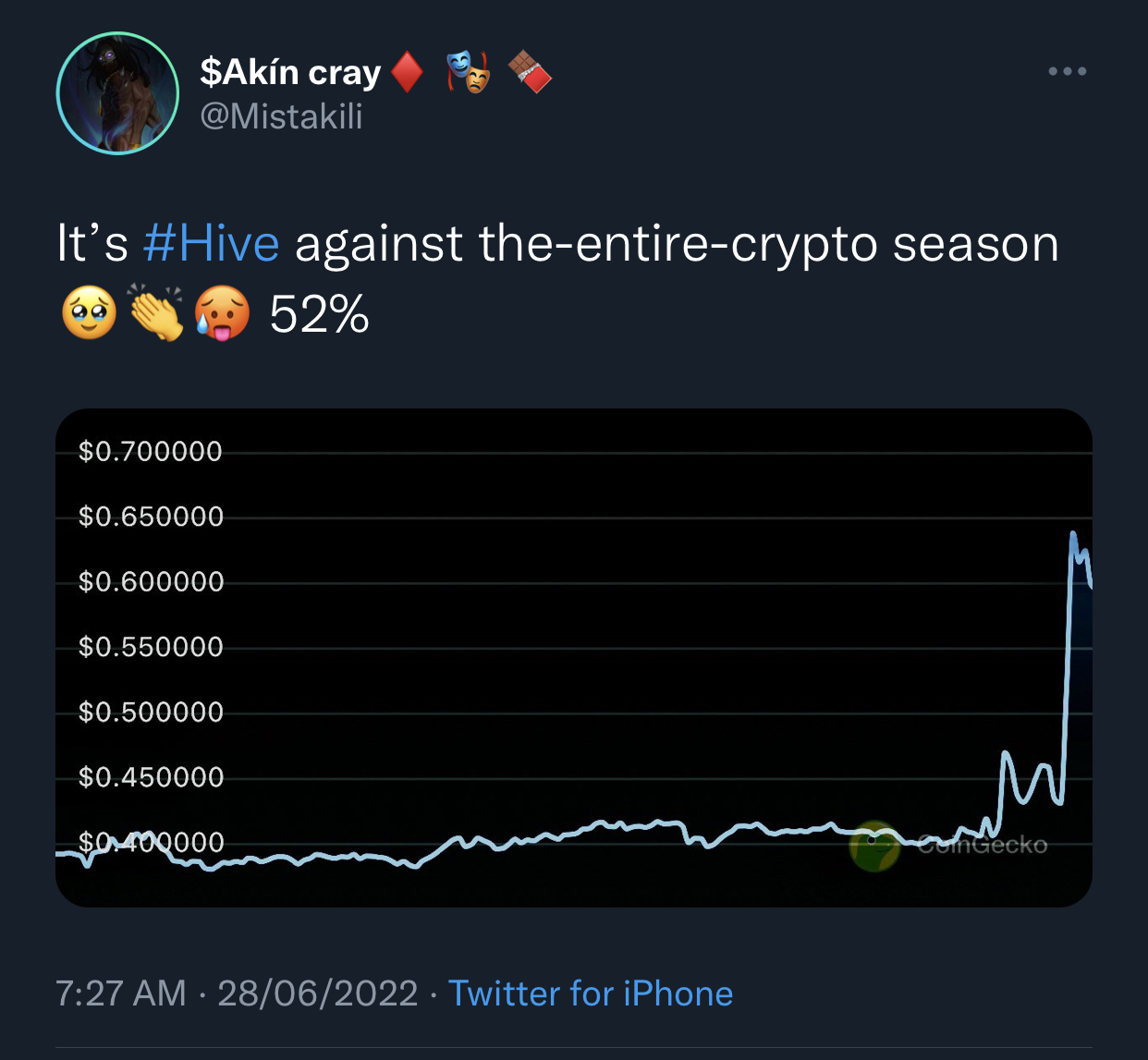 Seems identical to me, both were short timed, both pumped from a low of $0.4, although the one from June took off from $0.40, whereas this recent one took off from $0.48 thereabout, I’m not exactly sure about the time of the day, and both pumps peaked at $0.65. And highest volume came from the same exchange. Coincidence? 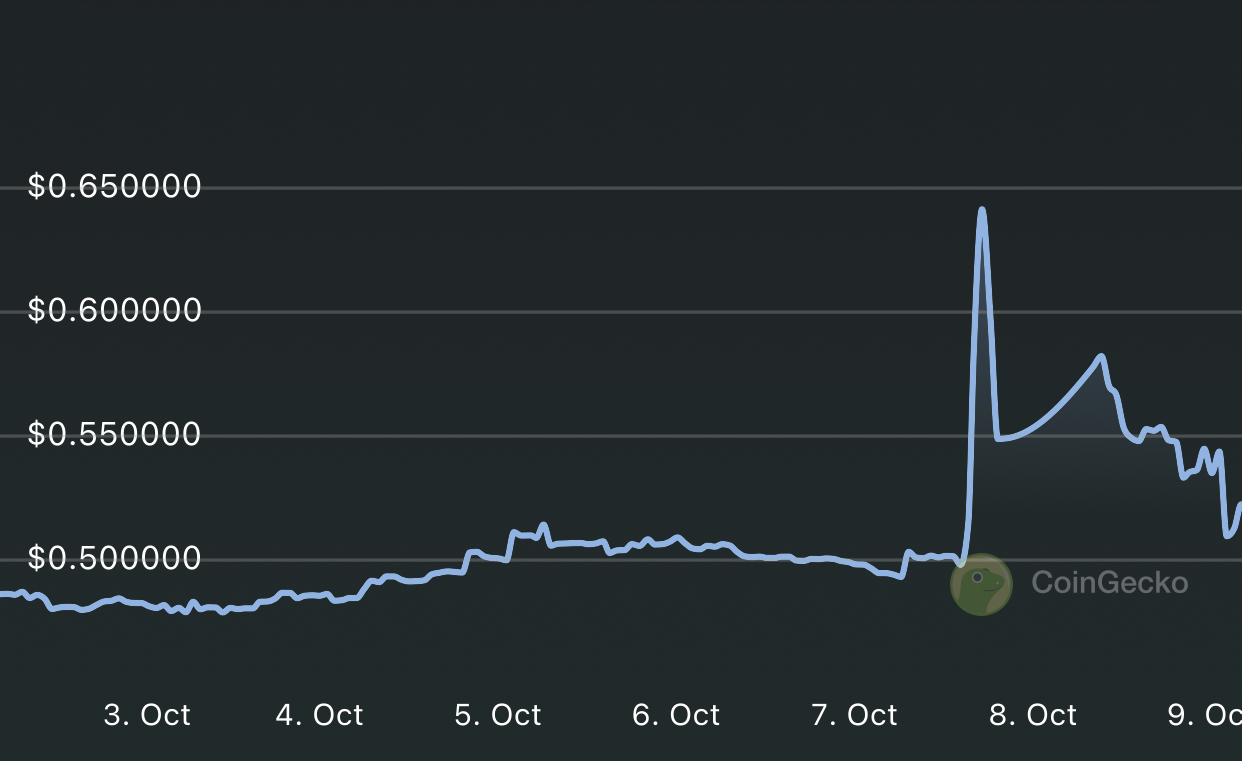 Hive has been showing signs of decoupling from Bitcoins price action for a while now, this is something very interesting to achieve especially during these times when the market is unpredictably bearish. Once again I ask, coincidence? But then again who cares? The important question is did you catch the pump?

Well I did, sort of, kinda, I mean I saw it happening traded few liquids, played extremely safe in order to not catch a falling knife, long and short I made it out alive, by this I mean I didn’t win too much or lose, trade size really matters during such short margined pumps, imagine trading with 10k Hive, such thoughts remind me that I still have a long way to go.

Anyway, cheers to Hive and the great decoupling as we may have it, the upcoming HF might just seal it, who knows!

In other news, I’m back at playing Splinterlands after a long hiatus, I’ve gotten myself to gold level 1 with 5 more days of battle. I presently have over 50 chests accumulated and I’ll most likely get more before end of season, i need to remind myself that those chests are like lottery tickets and who knows when I’ll get lucky. 💁‍♂️

May favor be on your side.

Interesting observation on Hive there bro, it is good that Hive can make a such movement with the entire market down.

Now let's talk Splinterlands, how have you accumulated over 50 chests so far? My seasonal target is 50 and is just about 30 now. Here is where the student humbles himself to the master. Teach me, bro, teach me!

I don’t see how it’s good at all. It doesn’t hold and that looks bad after a while.

If you are referring to Hive doesn't hold, is there any cryptocurrency that's is stable? Even our fiat currency isn't stable unless I misunderstood your comment I don't what's bad about the recent Hive price movement.

Much better than most and that’s a good thing. More experienced traders will love these swings because they are mostly predictable and can be used to increase one’s holdings. $0.4 has been a solid floor for more approximately 4 months if I’m correct.

Interesting to see it’s different from yours 🤔, you know I just got back into the game, so I’m still figuring out the rewards. Could it be based on my collection power? Or something else?

61? this is no joke bro, how is your ECR doing are you depleting it below 50%? I stay above 65%. Your accumulation is supper impressive bro

Didn't look like a coincidence to me. Something is going on there.

Like what? It doesn’t hold snd is kinda weak looking unfortunately.

Hmmn we may never know.

Thats quite interesting - the pump was quite short and sharp yesterday, I always do wonder why when these things happen (or should I say who) !

😂why who what when….valid questions

Decoupling? It hasn’t at all though. It’s moving with alt coin action and jerky changed. Many of the others have big pumps then return to the trend moves. I love Hive but we haven’t decoupled at all. 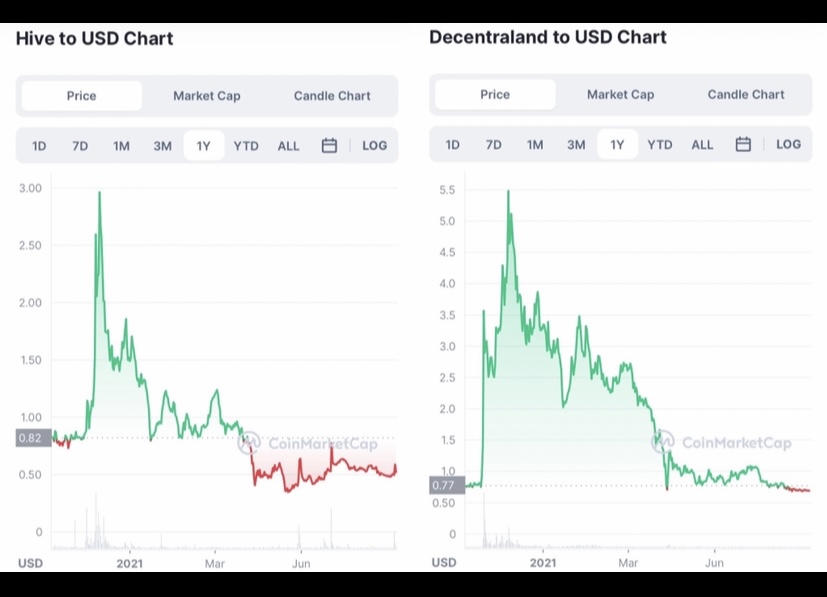 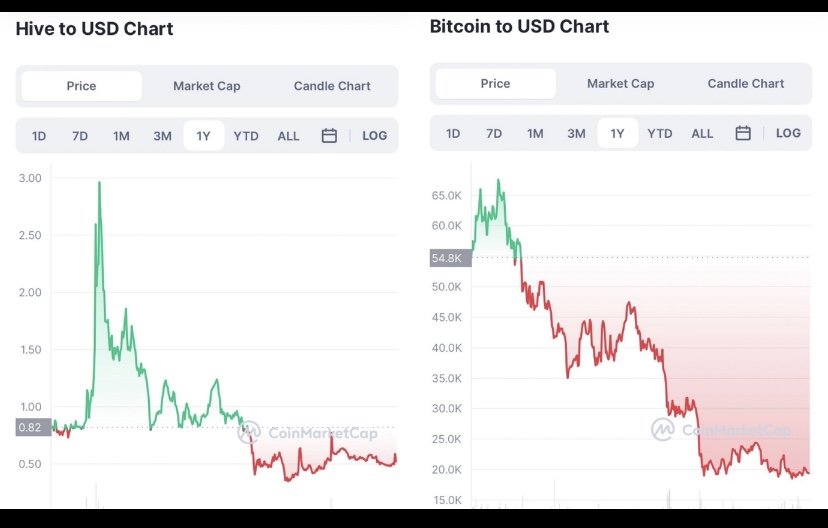 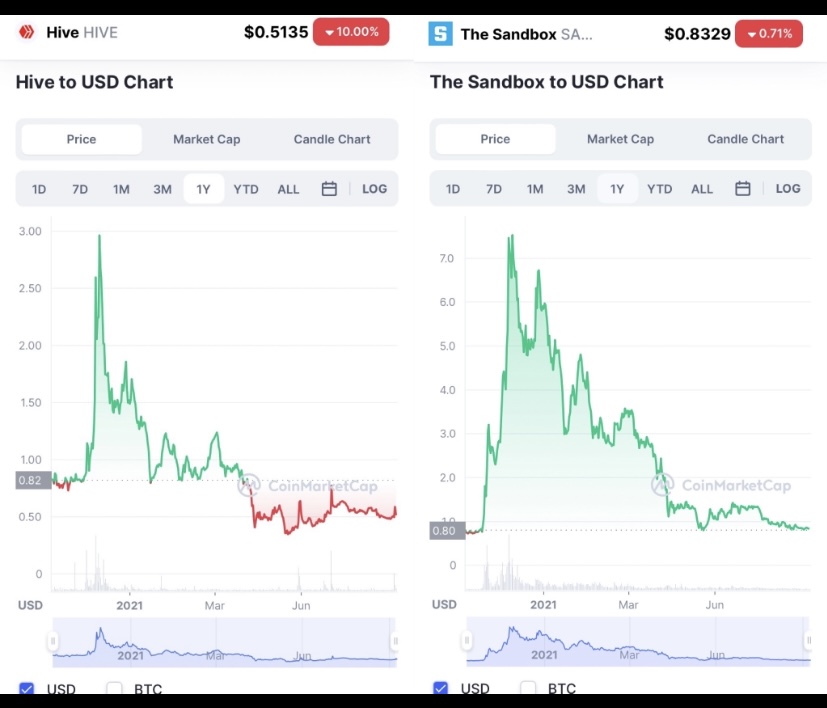 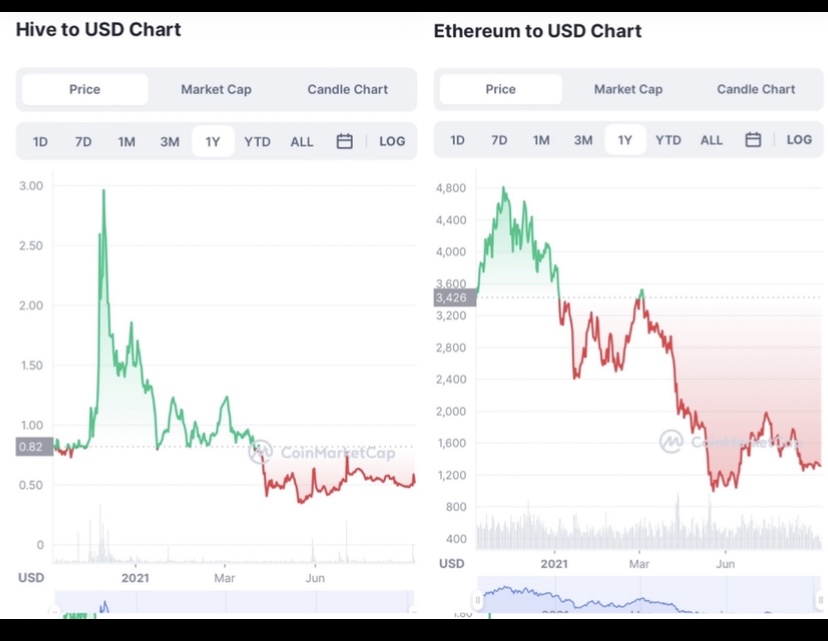 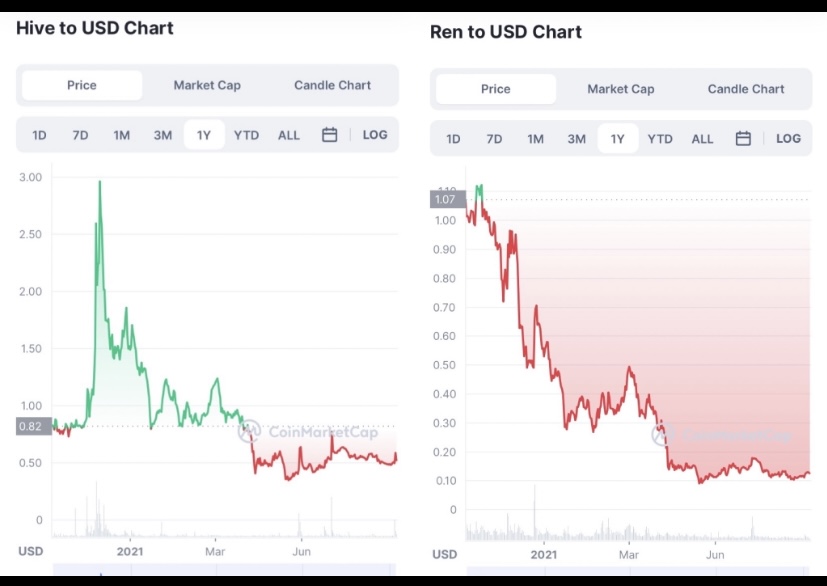 Maybe it’s just me then. The decoupling is a process, and fundamentally Hive is making strides. Price will catch up