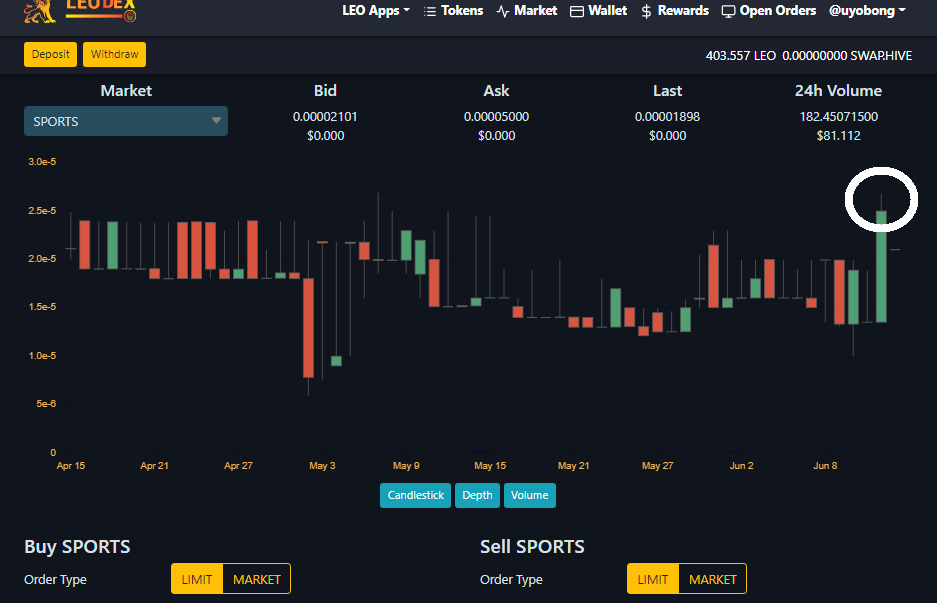 Just yesterday, I shared thoughts about Hive Fantasy Premier League and how it would make SPORTS NFT a thing to mint. I know its time to see a new price shift for the SPORTS token - one of Hive-engine oldest token with n huge prospects.

@Belemo and co has only scratched the gold of SPORTS token with the launch of the epic @HiveFPL which is envisaged to bring the masses of sports lovers and a fraction of the over 8 million users playing Fantasy Soccer Game to Hive blockchain.

If you ain't acquainted with the Hive FPL project, just head to this introduction post as well as this update to gather more facts and motivation to jump in. Strictly for sports and soccer lovers.

NFTs is that aspect of crypto that has earned the fastest adoption rate in recent times and is becoming the buzz of the social space even for non-techies. Having SPORTS

The free league could be open to anyone and everyone but the paid league woudl require some kind of NFT to participate. They could then combine the sales of the entry NFTs to build another fantasy pot for the paid league. Tons of options!

Knowing the realities unfolding for SPORTS token with Hive Fantasy Premier league, I decided to check out the SPORTS market after along while to buy some more tokens. Reaching 200 million SPORTS has always been my dream but it looks like SPORTS would make a hard jump this time.

From the lows of 0.000026 HIVE/SPORTS to 0.00005 HIVE/SPORTS, it's going to be a smooth ride into the future as some investors would now keep their eye on Hive with the new usecase to be added.

Whoever knows Belemo knows his love for play2earn games and his landmark achievements in Splinterlands tells a whole lot how the Hive FPL game would turn out to be.

You may have to gather some SPORTS now as they may not be getting cheaper in the coming weeks. Millions of SPORTS would be burnt to mint NFTs. Whitelisting qualification requires 1 million Stake and 1 million liquid balance. I think that's something impressive to hap[pen around the SPORTS token.

Don't say you didn't know as I've told you already.

I am blown away by the price change. I went to stake my daily amount into the SPORTS/SWAP.HIVE liquidity pool and noticed it'd take double the amount of SWAP.HIVE that I'm used to seeing.