The Power of Words: Or the Reason I Want to be a Community Builder for @theinkwell 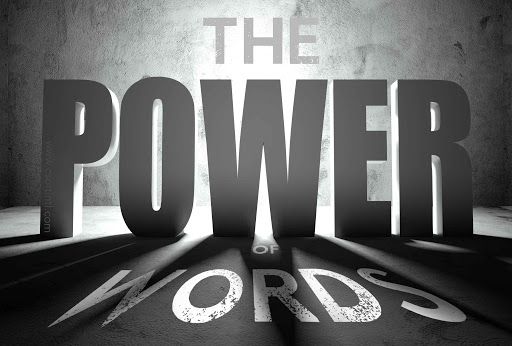 Ever since I read @theinkwell's September newsletter and I have been thinking of a perfect way to write an application that they would like. It took me only some time before I realized that this was the wrong mentality and that this was the wrong question to pursue. Instead I decided to focus on the bigger question: Why do I love this community, a question that led me to know the reason I want to be a community builder.

What is so special about @theinkwell community?

To answer that question I have to go back over a year ago. I had just quit SteeemIt and decided to write elsewhere. The reason why I decided to quit isn't as important as the fact that I did, although I have to say that a part of it was the fact that none of my stories were appreciated or criticized, the latter being the most important part for me as an Iraqi who taught himself English.

Few months ago I had returned to find that everyone immigrated to Hive and found that the site had changed, was it for the better? I wondered. Gradually, I started trying my luck at every community I could find. If I could name one difference between this and other communities, I would sum it up in one word

This is not a knock at any other community, but I have interacted with Jayne, Carol ,and Shani way before I learned that they were the team behind running @theinkwell community. Their presence was felt throughout my experience, whether it is Shani and Jayna's words of encouragement, or those of Carol's along with her giving me specific advices that helped me enormously at improving. A team that helped me be ready by the time the Writing Contest came about.

It is understated how important actions like these are and how they could to unlocking potentials. I could name many examples, but I remember @shanibeer seeing the potential in my "Horribly Written Diaries" series and insisted on me pursuing it to write my "Horribly Written Stories" series and share its first part, allowing me to further explore myself and seek more depth. That level of support made this my favorite place to visit. And prompted me to invite my friend @tacky-iraqi to join.

Paying forward to this community

In my appreciation to this community, I took a lot of time to research the history of stories, why they started, all the way to the styles we have now. The result of that was me write The Story of "The Story", an educational post that was the only way of which I could think to contribute to this community. I have always wanted to pay this community back for what is has done for me, and the chance to become a community builder resembles the perfect opportunity for me to do so.

Now, the reason I want to become a community builder

Before I answer this question I would like you all to join me on a trip down the rabbit hole of this community. A trip that might be necessary to understand how deep my motives are.

While I could think of many similar examples in value, but I would like to bring up @itsjunevelasquez's The Bridge - A short story

A 586 words short story that takes us through that feeling of loneliness and depression. In laments term, the story was about someone contemplating suicide then decides otherwise. But a deeper look tells you way more than a 10,000 thousands words could. To quote the ending.

So, on the middle of the bridge, watching the sun rise, and just holding on the railing, I thought, "Maybe it is the right decision, maybe not. Maybe, I have one more chance to do something good, or Maybe I'm wrong."
I just stood on the bridge, staring at the sky, and then, at the river. It would be a long fall. The breeze felt good, and the atmosphere was quiet and calm. I had to decide; to jump or not to jump.

And then, in the deepest part of my soul, I knew I wasn’t ready to leave this world. And as a sign of my destiny, the most beautiful cat appeared right next to me. He looked at me with its greyish eyes and I could perceive its sadness. Do not ask me how is that I knew that. He got close to me and lay down on my feet.

In that moment, I recognized that it was time to take care of someone else and myself.

To read those words I think of two people Friedrich Nietzsche and Jordan Peterson and thousands of words written in books, articles, and said at lectures.

Nietzsche said "If you stare into the abyss, the abyss stares back at you". And that's what that was, the encapsulation of an entire chapter, the contemplation of a critical decision in both senses of the word critical, all served to you in one literature meal.

Jordan Peterson said in his book "12 Rules for Life" that the second rule for life is "Treat Yourself Like Someone You Are Responsible For Helping". An interpretation of that rule was that you see yourself like you see your pet or someone else. You don't see their faults, and you want to care for them.

I could tell you honestly that I have read a lot about both quotes. I have read articles, books, videos, and even the books and chapters both wrote themselves. Yet I didn't understand as much as I have in those few paragraphs. The author condensed hours long of lectures in one simple short story that you might be familiar with its premise, but will never understand anywhere but here.

That is what I call the real power of words. This is by far not the only example. I could write thesis about each of the short stories for the contests. Or the terror I felt reading @jauregui98's Nightmare at the theater closing line

The dream did not change, did not return to what it was and no one came to observe the play. The children didn't join the society, they never had a chance. I woke up, but I will never forget something that I have not experienced, but it felt just as real.

There's no one there because I am here.

All of those stories are bookmarked on my browser, with quotes from them saved on my google docs. The ideas and philosophies in them are something I often discuss in real life.

Does this community have potential?

I would say, this community has more than that. This community has the ability already. I would argue that many of the writers here have an ability to write a New York bestseller should they have the chance to do so.

This community already has a school of sort is the form "Writing Tip of the Week" to help guide the improvement of aspiring writers.

Regarding the main tasks required

Meet and greet posters (a friendly comment welcoming a new poster, for example).

That is something I have been intending regardless. I would love to do for others what people did for me when I joined.

Encourage participation by reading and leaving positive comments on posts.

I would do that solely for the selfish reason of wanting to read more of the works I have seen here. And knowing how much it meant to me, I look forward to becoming that person for someone else.

Resolve routine queries – e.g. where to find writing tips, explaining how something works.

I have the writing tips locked and loaded already, they are references to me.

Ideally, I am actually available everyday. This is actually the first time I say this in a positive light.

I would love to help this community grow

On a selfish note, I would love to be a contributing member of this community and help it reaches higher avenues. Being a writer in this community alone is an honor, being a Community Builder is an aspiration.

Thank you for joining my TedTalk

Hello @amirtheawesome1, thank you for your application to become a community builder with The Ink Well. I am glad that you have found a home with this community and that it has been able to support you so well. Paying forward is a wonderful idea 😍

Hello! Your post was selected by The Ink Well for quality and has received an OCD upvote! Congratulations!

Hello @amirtheawesome1, would you like to have a look at these two posts about a community comment drive? I'd like to run a similar thing for @theinkwell. It would be very dependent on the community builders. What do you think?
Community Comment Drive
Comment Drive Week 1 Winner

I think that was the same link sent twice. But I got the idea.

I had a slightly complicated idea on my mind. The first step is as mentioned, the second would be them writing a "these are the posts I like"-ish post. But the one in the link seems way more feasible and comprehensive. I was also thinking something along the lines of at least 1 comment would make someone eligible for curie or OCD.

So far the one in the link is the best idea. The others is just me throwing darts.

Yes, we want to keep it light touch (and fun) and keep the comments flowing.
The community builders will have a delegation to help them reward comments (and @shanibeer will vote after them, too, with additional VP), and, if we can arrange it, ENGAGE tokens for the community builders to distribute.
I have put the correct second link now hehe!

Makes sense. I think through time we will find the most suitable method. I am also thinking about writing a post to help people find a way to convert their poems and serialized stories into short stories.

Hi @amirtheawesome. I'm a bit late, but lovely post! It really shows how much you are already active and appreciating and even showcasing other's posts!

Hey, sorry for responding late myself, I have been having some hard times settling here. Thanks. I love this community and hope to do more. I am pretty sure most people here do.