My personal and Witness introduction to the Hive community

Lets start with my name as this is subject to much confusion 😂. My Vietnamese first name is Quốc Huy which means something like the emblem of the country. For short, it's just Huy and the closest easy pronunciation would be the english name Huey. See the following Youtube video: How to pronounce Huy)

So I'm Vietnamese, born in Lao but I spent most of my childhood and teenage time in New Caledonia which is a French colony (oversea territory). So I speak Vietnamese, French and English (from middle/high school). 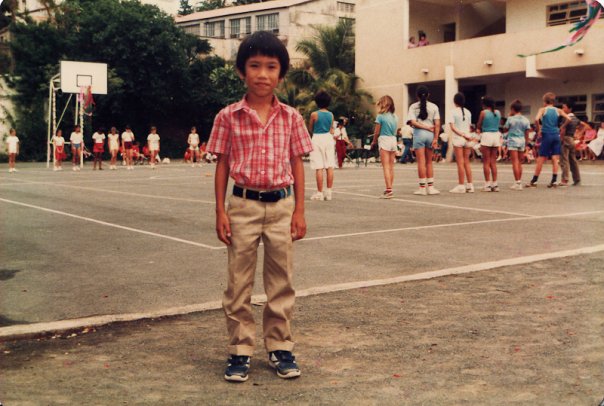 After high school, I went to Montpellier in the South of France by the Mediterranean sea to study computer sciences and I spent 10 years of my life in that beautiful city. After graduating at Uni, I spent some times working for some french companies and then made my way to London where my career as a website developer was boosted and I ended up working couple of years for the Financial Times. In London, I married my wife and we had our son. No long after, we both decided to move to Australia where we believe life would be better for raising our child. 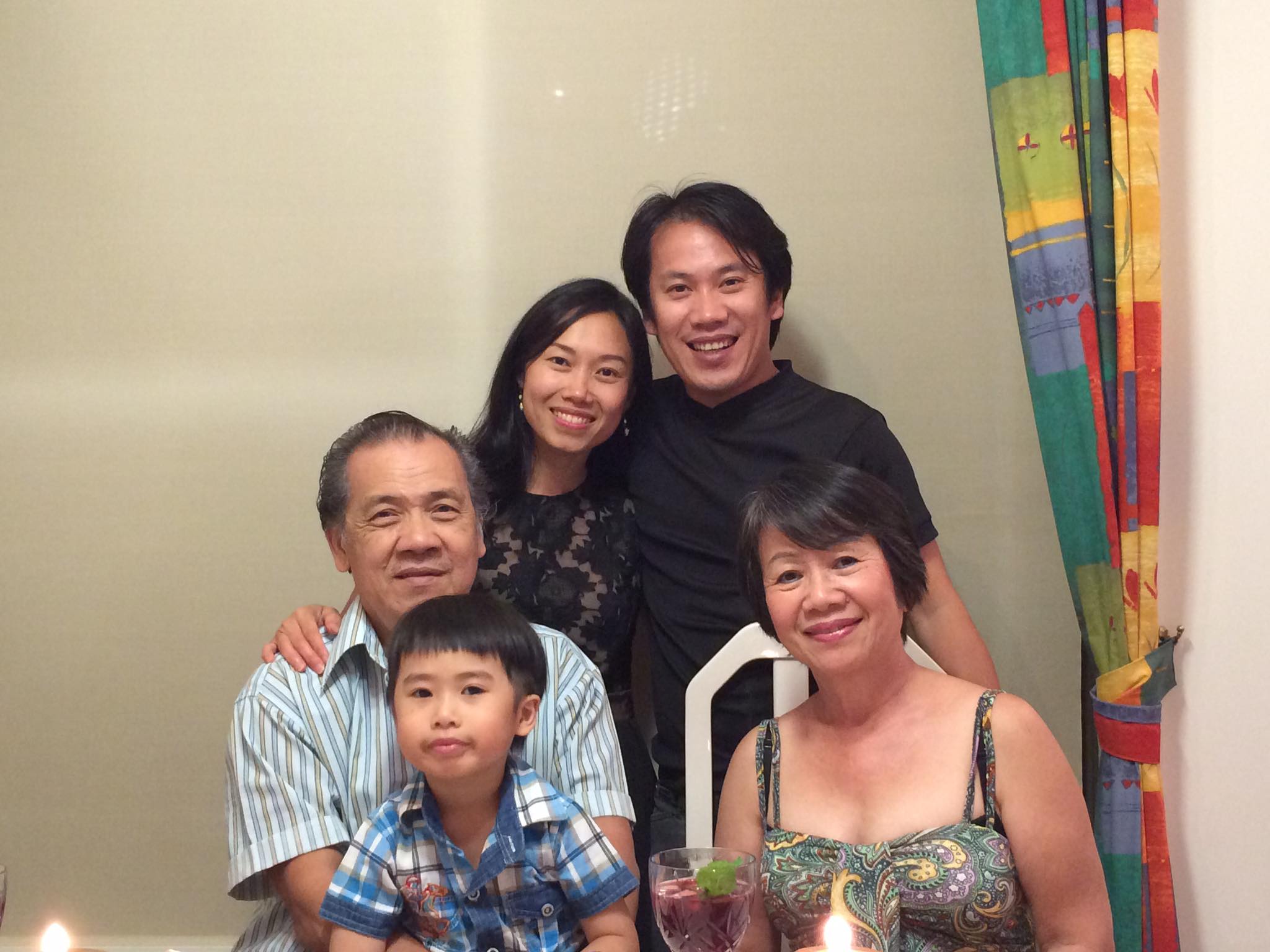 I now live with my little family in Wyoming, NSW. It's a little town on the Central Coast in Australia. I'm still working as a (Senior) Website Developer for a national TV/Radio broadcasting company in their video on-demand department. I commute every day to Sydney and that takes me about 1h45 each way. However, recently, due to the COVID-19 threat, most of us are working from home. 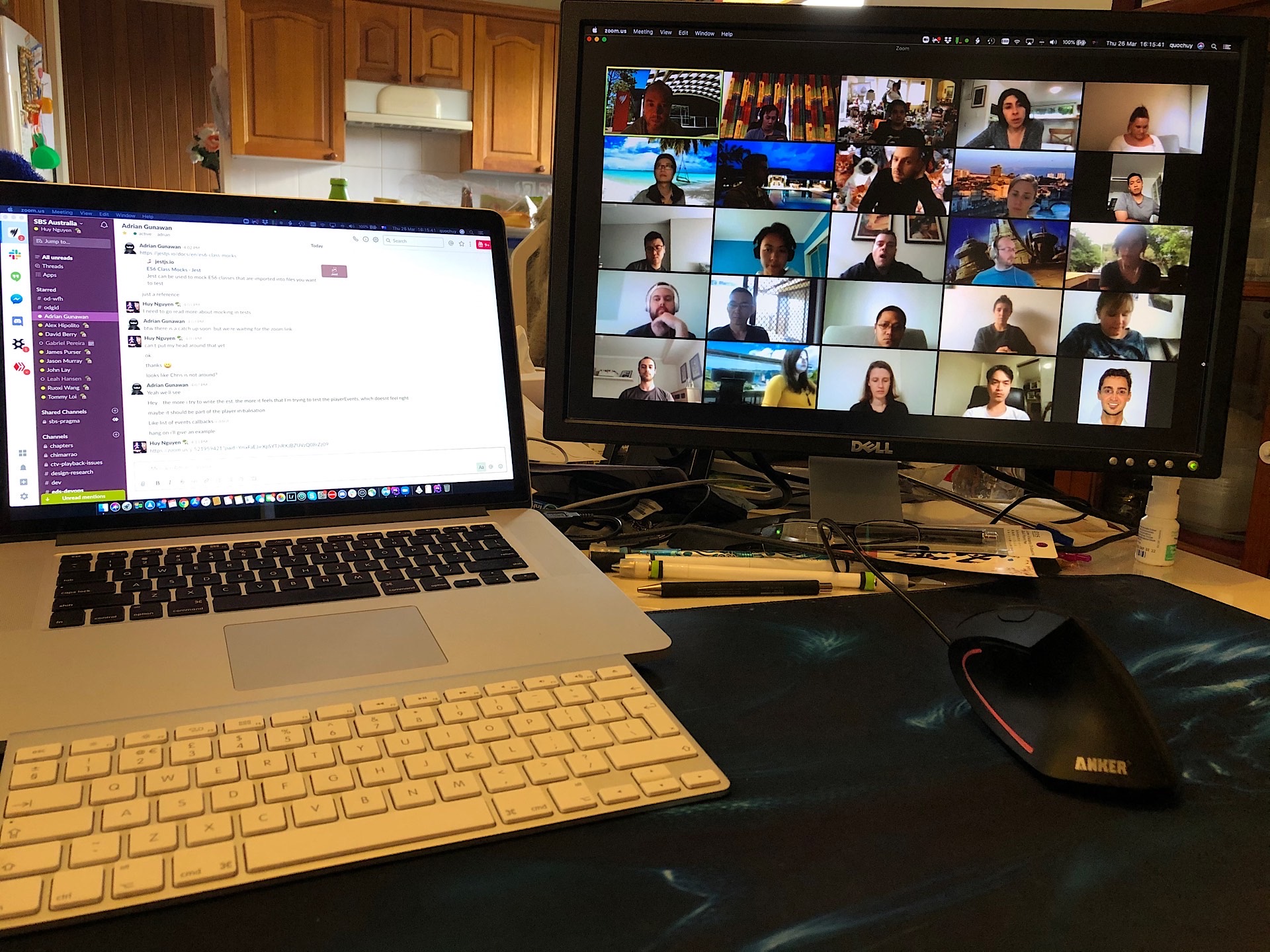 My took my first step into crypto in February 2018 with Steem and I have now moved on to Hive. In March 2018, I decided to run a Witness node to help the network and learn more about the platform. I'm now running a Hive Witness and I'm currently ranked #35. Over the years, I was involved in several community projects on Steem and I'm now progressively rebuilding my "portfolio" on Hive.

My current projects on Hive are:

My Hive Witness node runs on a server with the following specs:

You can vote for my witness on the Hive Wallet or using Hive Signer.

You can also find me on those social platforms: 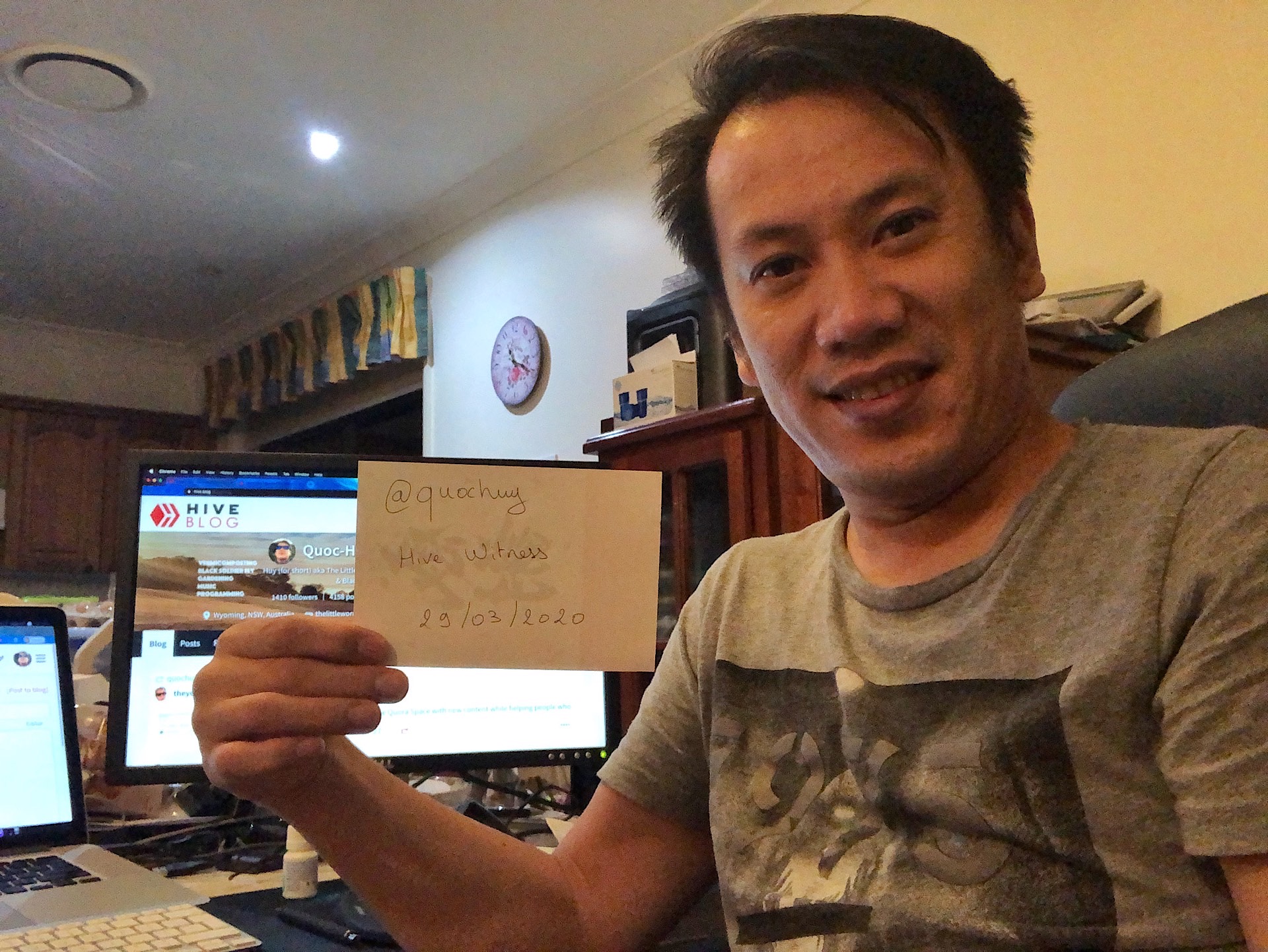 Thanks for dropping by

You have a wonderful family 👨‍👩‍👧‍👦

A 1h45 commute sounds intense. Especially for me as my commute has been 0 minutes per day for the past 10 years 😀
What do you usually do with that commute time? How do you feel now that you're not doing that commute, must give you a lot more free time right?

Following you on Twitter btw, thanks for helping to make Hive strong 💪

Thank you.
Well since Covid-19 lockdown my commute had been 0 too 😁. But I would usually either:

I actually am thankful for that commute because it indeed gives me more personal time to do other things.

Nice article 👍 By the way your last name in bulgarian is .. funny 😁

"Nguyen Dinh" it has a Bulgarian pronunciation?

Very cool experience, I will check your witness update as well. Your services is useful to the community.

Very impressive profile. Hope this community would tap into your wealth of experience. Good luck.

Wow today I know where you came and was born from. Anyway should I say welcome or glad to read the late introduction post to the hive blockchain

maybe I still need to learn more about the HIVE network, but I've begun to understand that witnesses are the people responsible for managing the network, right?

we are from the same continent hihi, so why not upvote someone that is really close to me?

i hope you and your families will go well too, and safe from corona virus. We are fighting the virus too in Indonesia. We must be strong.

hello .. I support you, as a witness I am a block hive

and I will also invite hiveans from Indonesia to support you.

Added you to my PeakD Feeds List-Witness Type-I will be using that as my method to see what the witnesses are doing and then to evaluate when/if I decide to take control of my witness votes instead of using a Proxy.

A nice introduction, I wish you well.

It is great that you want to do research on the witnesses before voting for them.

Hey Huy you and the family are doing great. It's nice to know that you would move across the world to see your son being raised in a safer enviorment that brilliant. Hope your safe and corona stays well away from your family i would like to thank you on behalf of all us on HIVE great work i'm thinking about joining natural medicine community i posted some content and their today anyway stay safe Huy

Short and clear intro 👍 by the way I 'm also spend 1.45h to get to my work via suburban train here in Moscow))

It's not too bad if you have some WIFI or mobile internet so you can do some reading or work during the trip.

Indeed, but sometimes I prefer just relax and to sleep before/after hard day)

Hi Huy, nice to know more about you and your witness node. Your in 35th place at the moment and just voted you for my witness since your not a complete stranger anymore.

Great to meet you! <3 Love the pics from your childhood and family :-) Vietnam is on my travel bucket list (I got close once but had an accident and never made it), as is Australia :D As I live in the Northern Hemisphere it always feels like the interesting parts of the world are in the South of course ;-)

Nice to meet you! I never knew you were one of the naturalmedicine bot maintener. Nice to see another Asian face as part of the hive's front-end engineers.

Looking at COVID-19, I see it as a blessing in disguise for you not to waste over 3 hours of commuting time to work and back daily. Now you will have more time with your family while busy connecting with your office online.

How are you taking your work from home life?

@quochy I think that you are on my witness list my friend.
Lovely family that you have and we wish all of you the best in life.
Blessings from South Africa! Ha! you are so appreciated. I had no idea.

Very nice post @quochuy! I am reading it for the first time. Love to see good families. Looking at a map of where Wyoming is (one of my favorite states here ... 😉) I see it is not far from where I visited Australia in the late 1980s. Very memorable ...

In looking through my current list of Witness votes, post HF 25, I freed up a couple. And I have now voted the MVests over which I have control in support of you being one of our all-important witnesses.

All the best to you and your loved ones, for a better tomorrow! 👍🙂

Hi @roleerob, thanks for having read this post and considered my witness, much appreciated.
Up until I moved here, I didn't know there was a Wyoming outside of USA 😅 and actually, this is the case even for many Australian outside of my region (the Central Coast).

Interesting to know you were aware of Wyoming, the state here in America @quochuy. As an American, I am not really aware of how well known our states may be to the rest of the world. Wyoming is very sparsely populated, but has some of the most beautiful mountain scenery in our country.

My visit there, in the late 80s, was to Wyong, which is just north of you. So ... Wyoming ... Wyong ... I do not know the Australian origin of these names and if there is any link, given they both start with Wyo ...

I'm not even sure where I know Wyoming from, probably movies or documentaries. Maybe docos about the Yellowstone National Park.

I did some research:

Wyoming gets its name from a green valley in northeast Pennsylvania originally purchased from the Iroquois by a Connecticut land company. An Ohio congressman in 1865 first proposed the name—but later, after he saw our dry, wide plains, he wasn't so sure he'd had the right idea.

It derived its name from an Aboriginal word meaning “place of running water.” The town of Wyong was proclaimed in 1888.

Very good to know. Appears, as is often the case, the native people were the source of these names. Interesting that a short name - Wyong - somehow represented "place of running water" to them! 🙂

And "green valley?" Well, I have personally traveled over just about every section of paved road in the state of Wyoming and ... Yes, the Ohio congressman you cite had reason for his second guessing himself ... 😏

Thanks for the exchange! 👍 All the best to you and your loved ones, for a better tomorrow! 🚀🙂