Today was not one of the days where the city stays quiet. The FOMO started a few hours before the giveaway. The city had full attendance and many people were enjoying the chats and making plans for the mega giveaway. This mega giveaway is not the first of its kind. We had a similar mega giveaway event when the Bitcoin price hit 10k USD.

It is true that the whole city was waiting for the Dragon to wake up. When the conversations were at their peak and there were back to back giveaways in the city, @neoxian gave an entry into the city chat with his regular daily giveaway to give his 100% vote. Everyone chatting in the city was very excited about the mega giveaway after seeing him. Then it started. 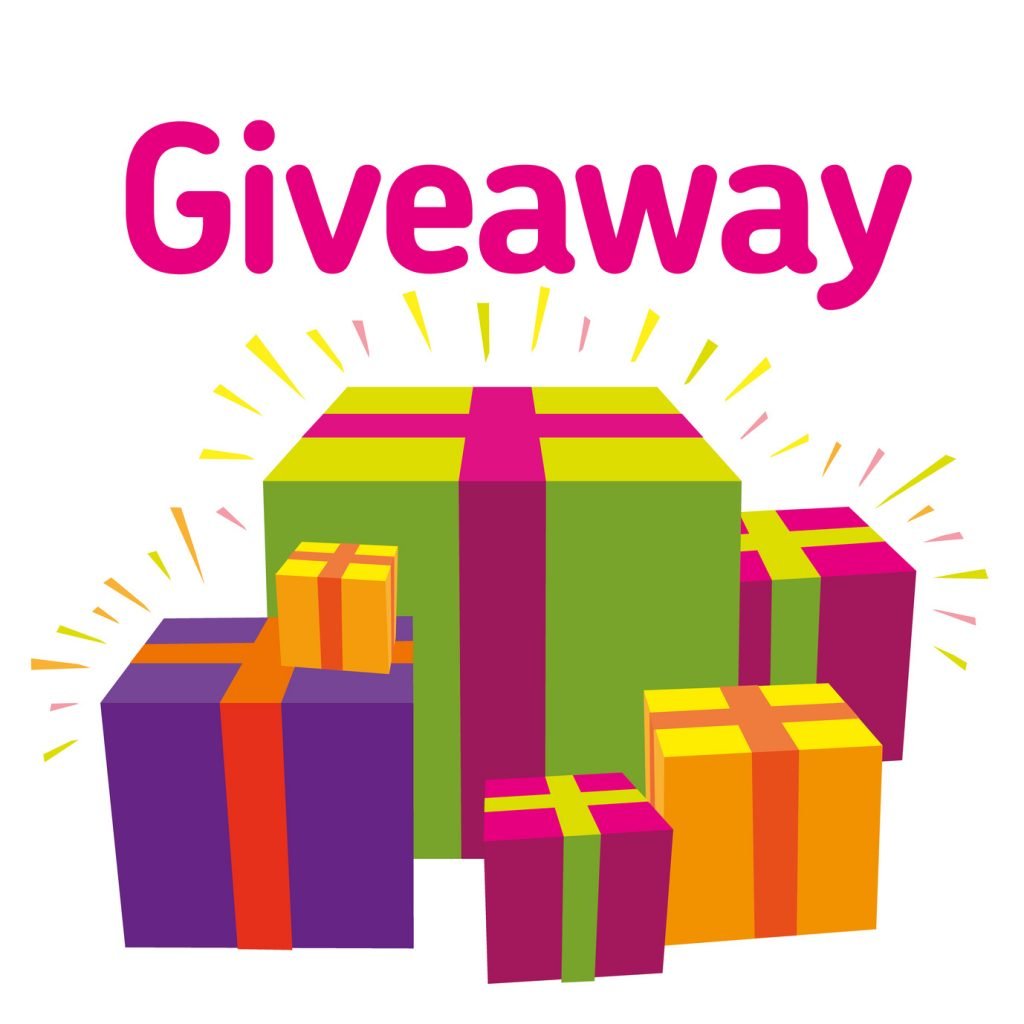 It is hard to go through thousands of Chats in the city today to understand or recap what happened. That is why I wanted to compile this post with important chats and events that happened today during the mega giveaway. For someone who missed it or for someone who was part of this mega event can find it easier to glance through this. Though the images are self-explanatory, I will try to add some comments in between to bring more clarity.

The event started with a brief introduction from Mr Dragon. He explained about Bitcoin and the purpose of this giveaway.

Following this wonderful insight from Mr Dragon, our beloved pope shared her thoughts with the help of some exciting words and blessed this city.

This time Mr Dragon combined his giveaway with other Citizens of the City to make it even more interesting. Many Citizens also wanted to participate in the mega giveaway not only as a participant but also by running some giveaways.

As I was the one who wrote the Bounty Bot code, I was the first one to receive from the mega giveaway and was excepted from participating in the upcoming giveaways done by Mr Dragon. However, I was allowed to participate in the giveaways done by the other Citizens. I would like to take a moment here to thank @neoxian for everything he has done so far to build this wonderful City and for being very generous and for being a good teacher for every one of us. I live with the below quote:

"Every single person whom you meet in your life will have something to teach you."

I'm proud that I learned a lot from Mr Dragon and many Citizens of this beautiful city. Thank you once again for this wonderful opportunity.

Now moving on with the giveaway, most of the below images are self-explanatory. You can keep going. 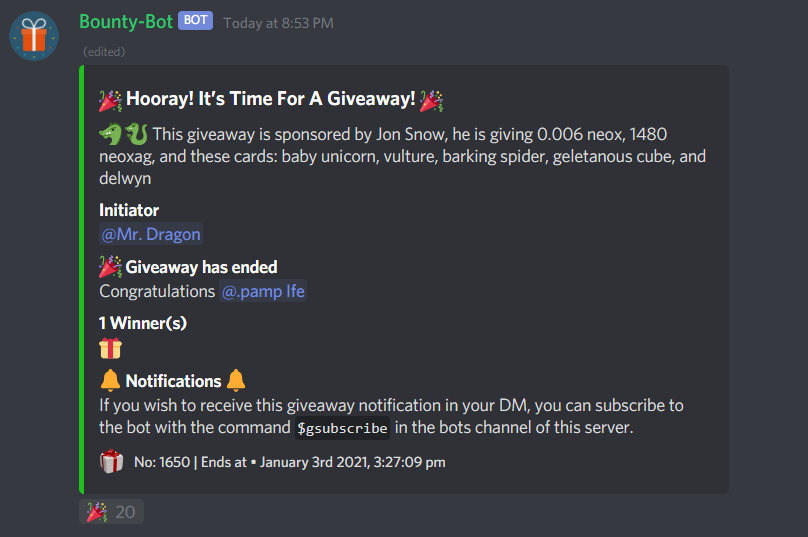 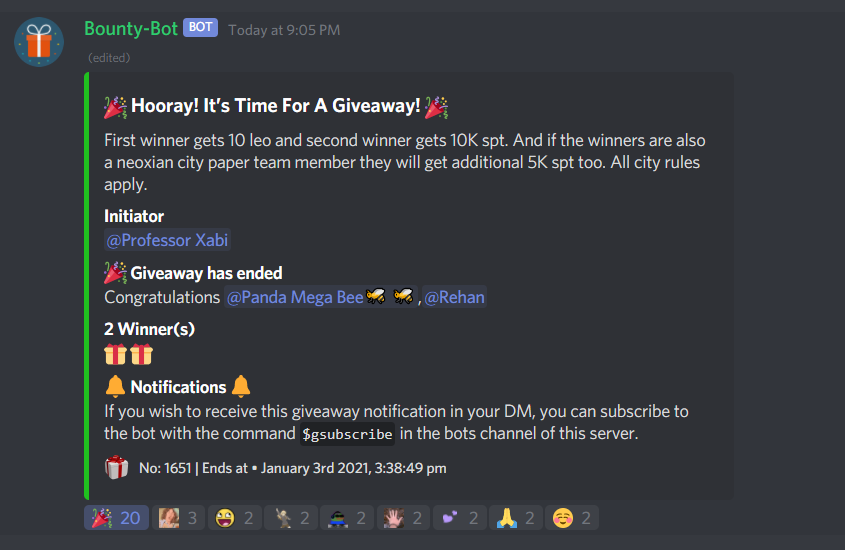 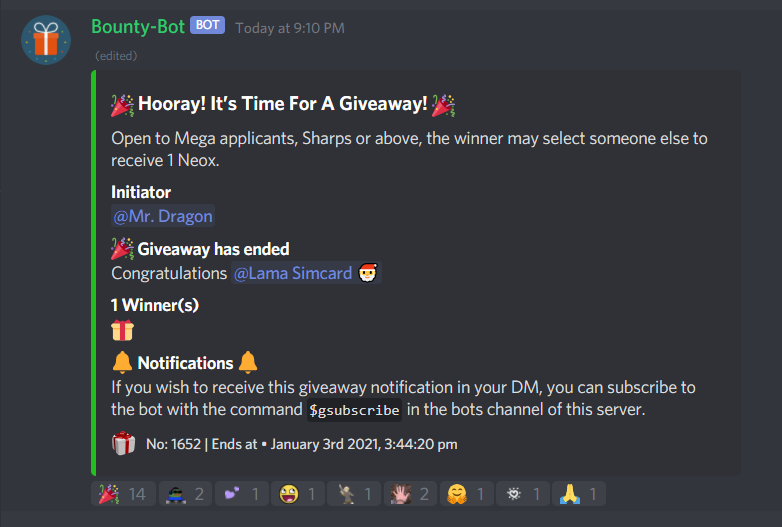 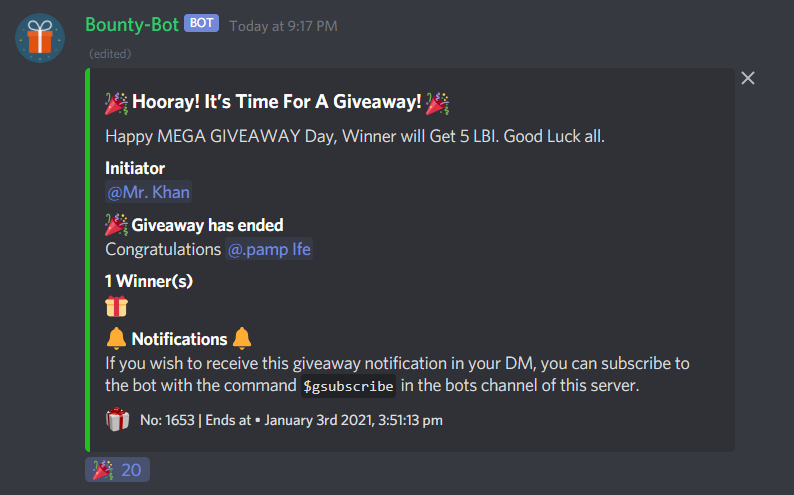 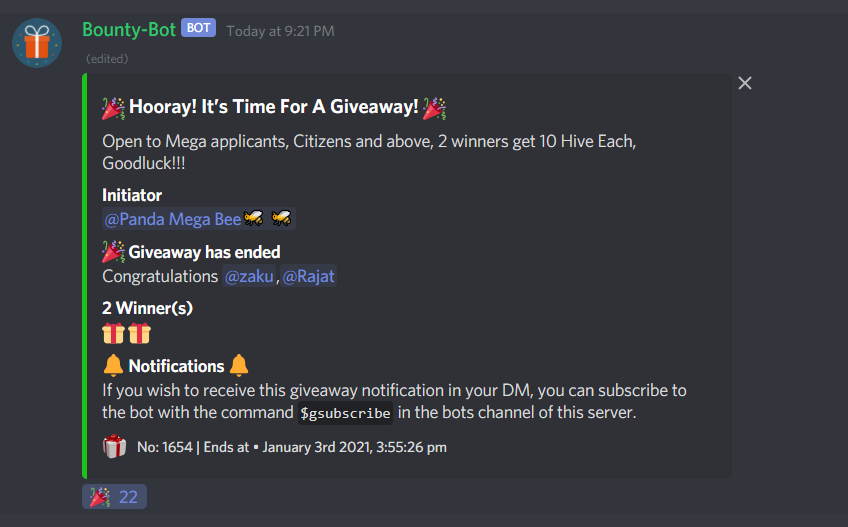 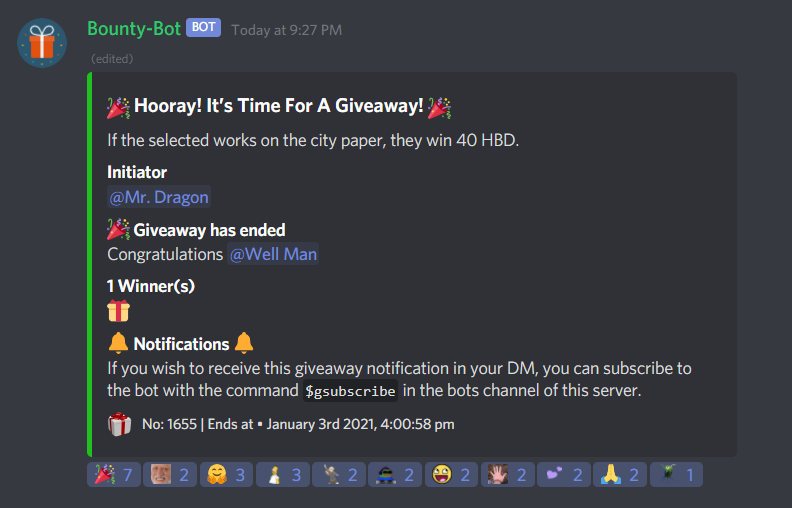 This is where the teaming up discussion started. Usually, whenever a big giveaway happens in the City, the Citizens usually team up with each other and share the rewards. Even before the giveaway started, there were lots of discussions about two teams, @xawi's team and @burlarj's team. This giveaway was won by Well Man who belonged to @burlarj's team. 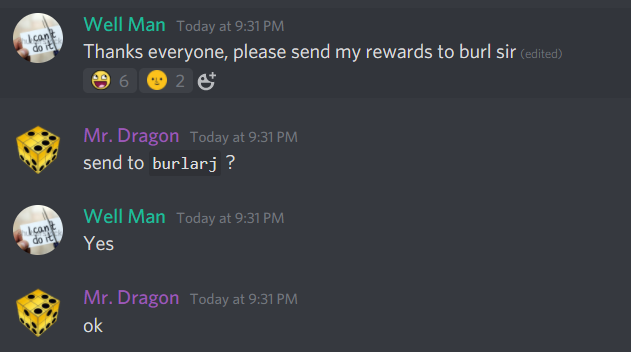 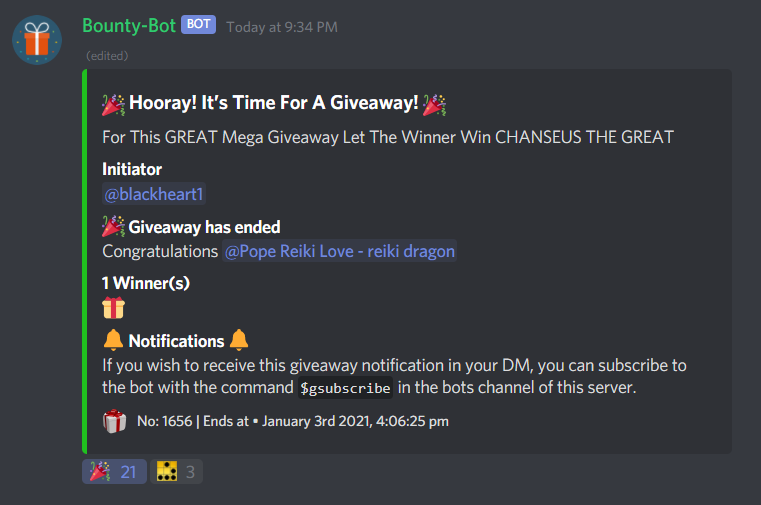 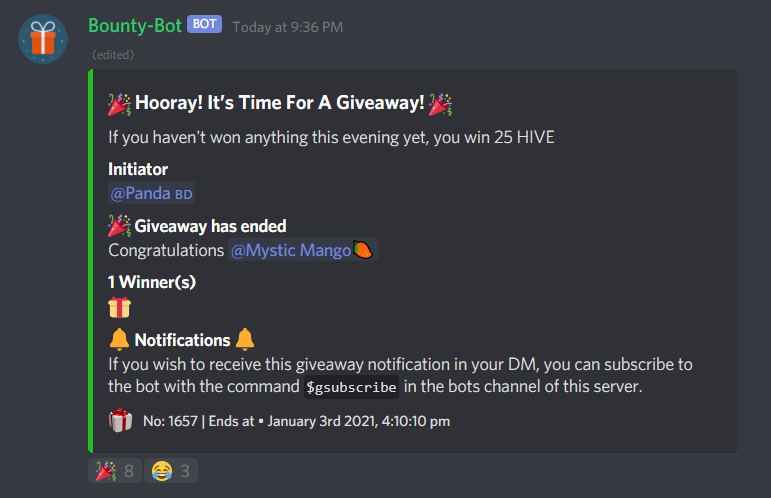 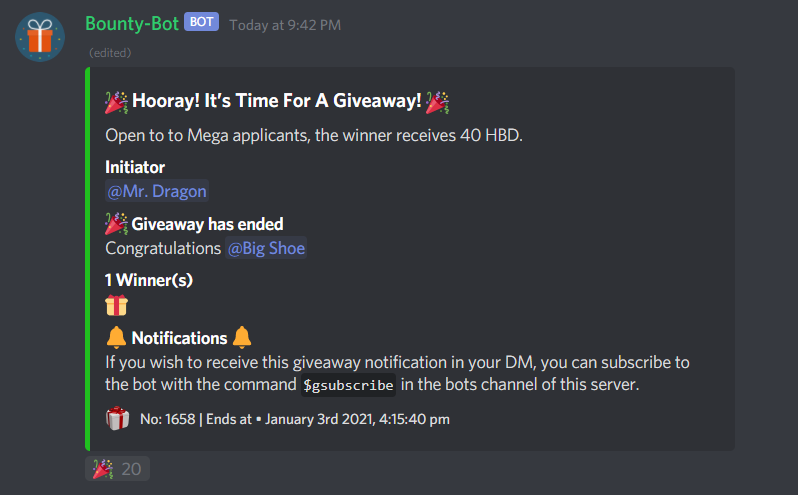 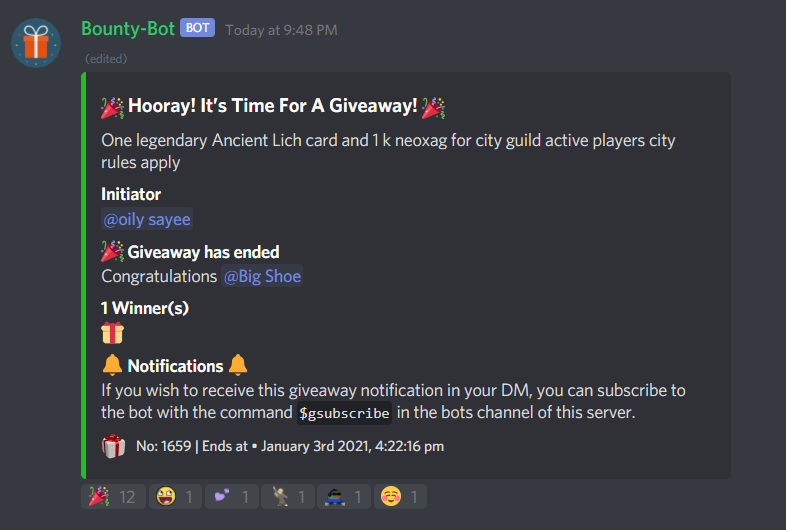 While all this fun was happening in the city, we also noticed that the Ethereum price was pumping. There were also some discussions going around the price of Ethereum. Even though we got distracted a bit on this, we then came back to the Mega Giveaway. 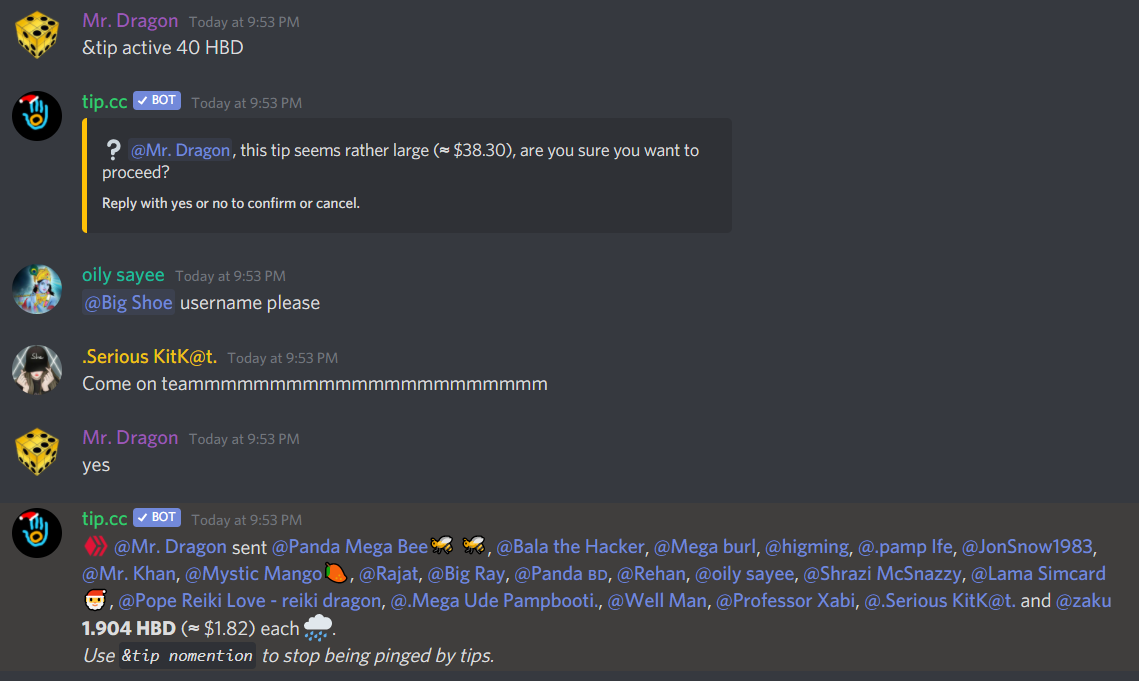 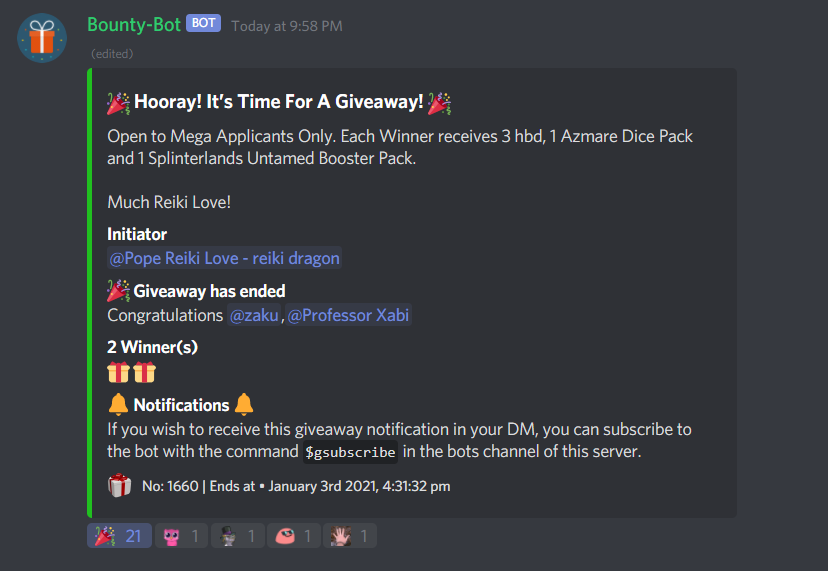 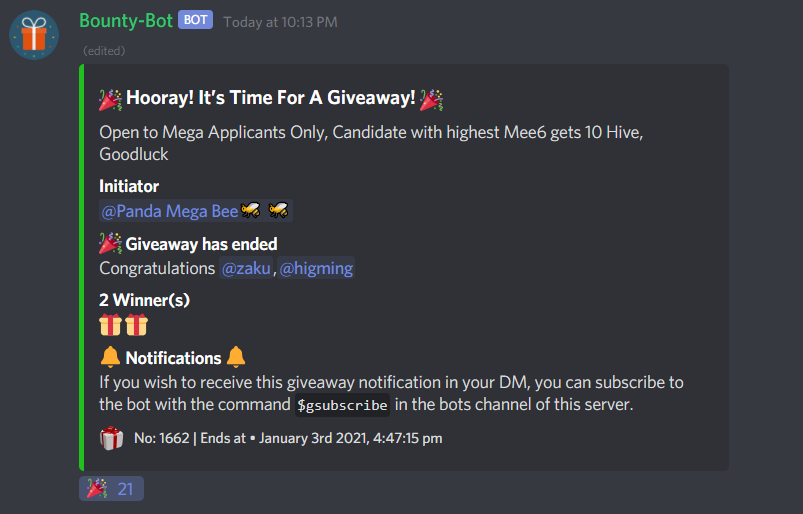 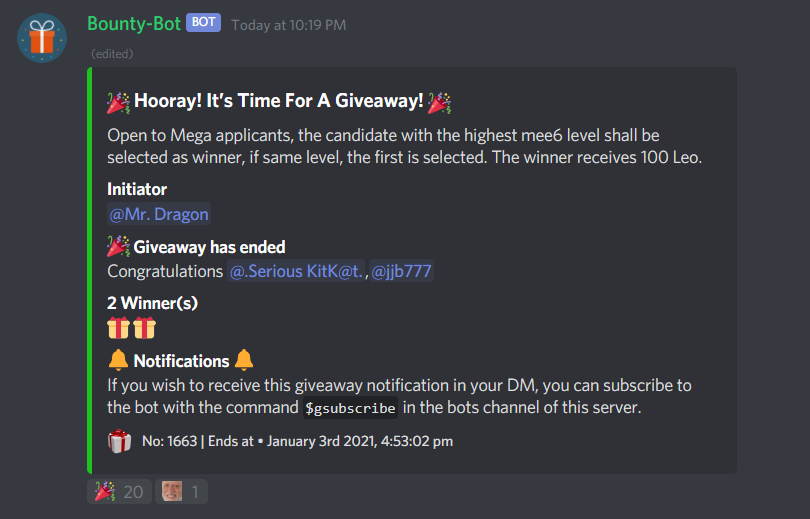 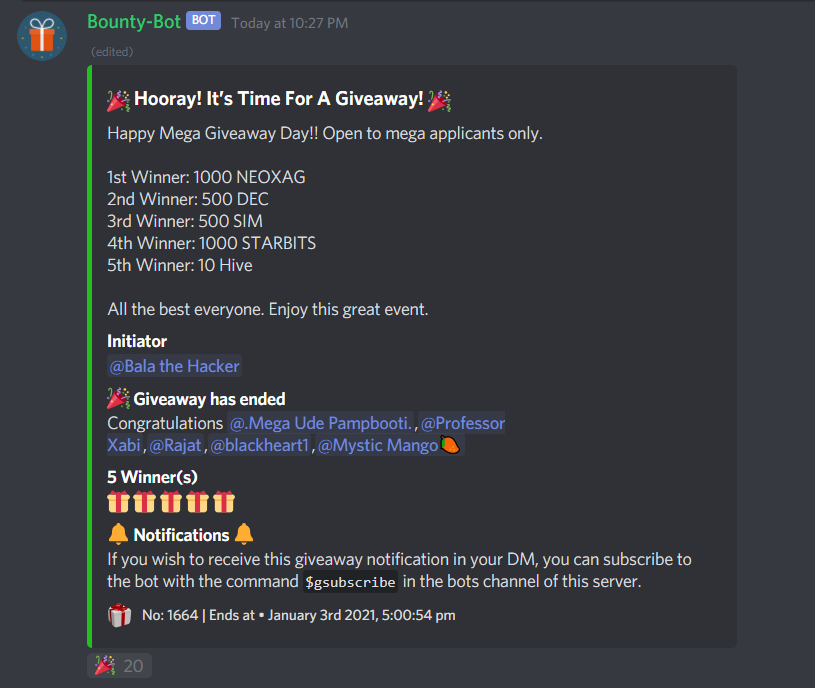 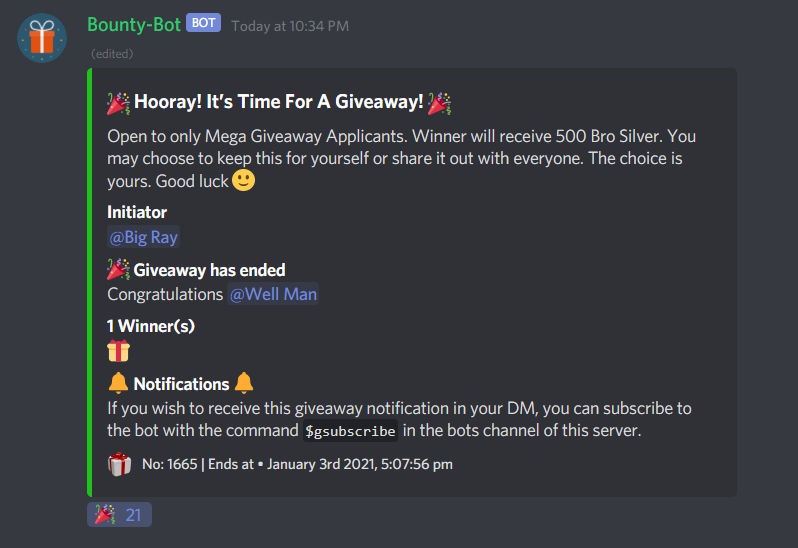 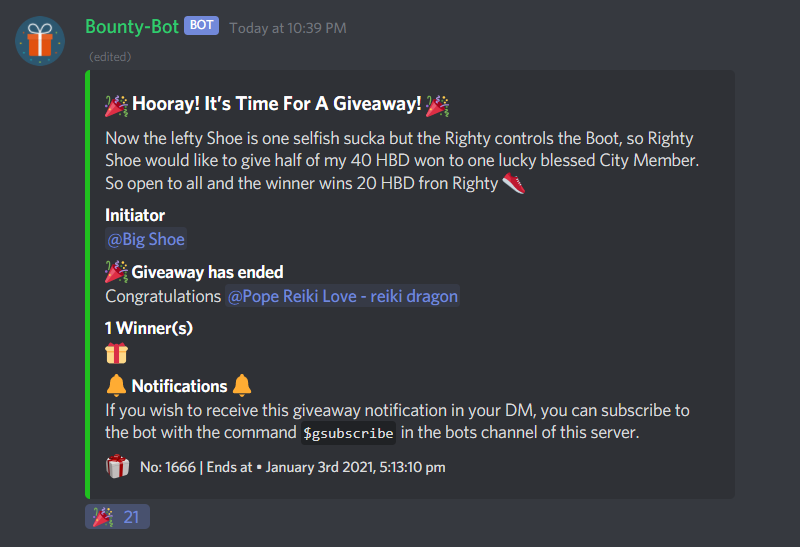 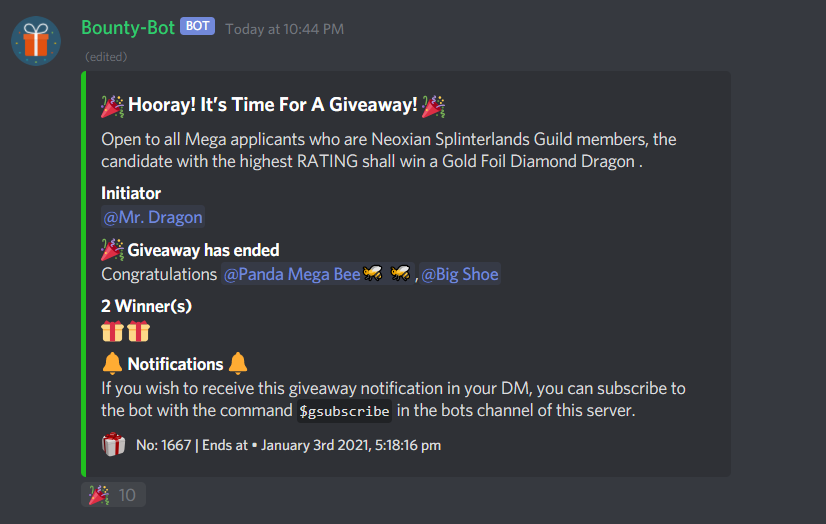 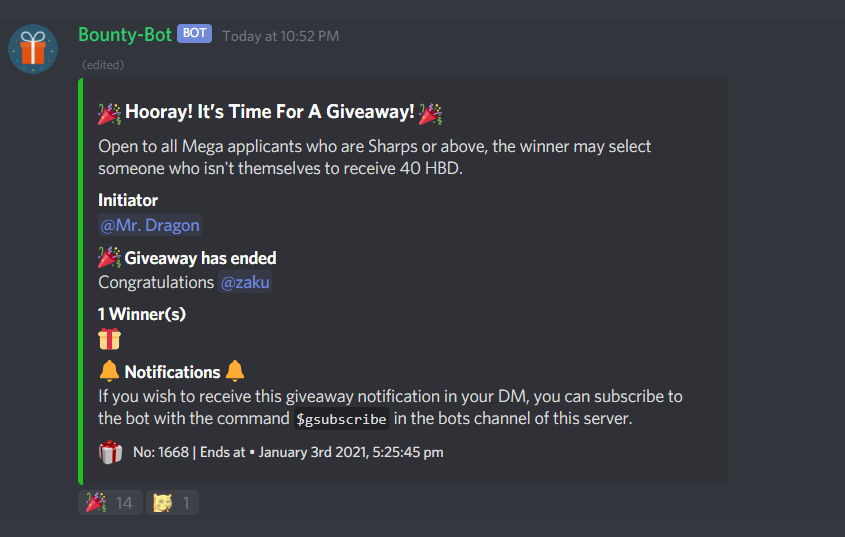 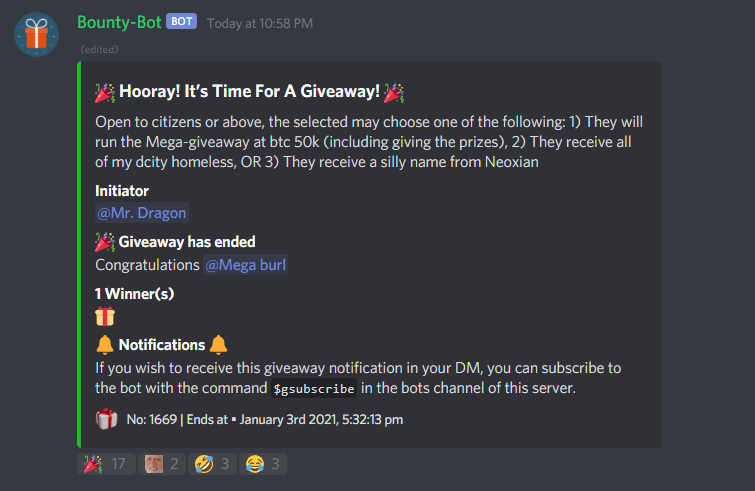 This was the final one and everybody was excited about it. Usually, the final prize is always a bigger one. Even in the last mega giveaway, the final prize was huge. Tactically Mr Dragon set the duration for this giveaway to 15 minutes and grabbed his popcorn. He wanted to see how people would come up with a conclusion on this. 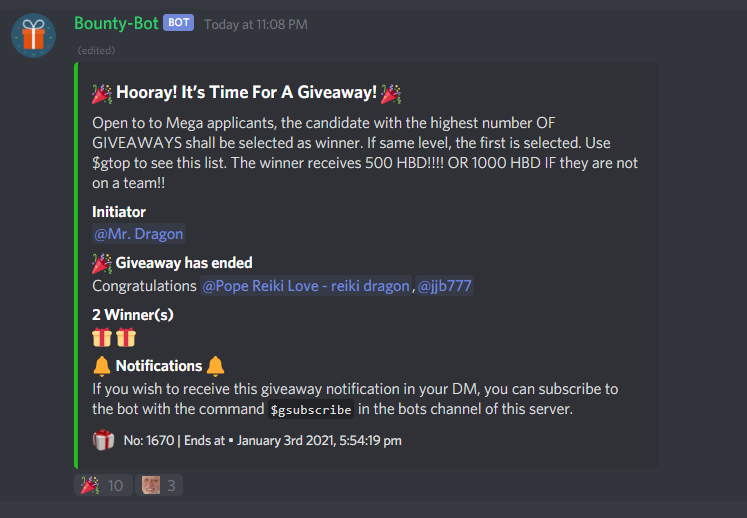 As expected the city stood as one big team and won the prize. The giveaway concluded with this final grand one. It was indeed an exciting few hours we spent today in the city. I'm sure all the participants would have enjoyed today's event. I would like to tag all the mega giveaway applicants below. (Took the list from the mega-app channel) Thank you all for a great day.

This brings to a total of 23 participants.

wow, well detailed post, this looks like watching the event live, nice one bala ji...it is a great day to be remembered...

This was a glorious mega giveaway event. As the timing marked my 3 year on hive which is also btc birthday and on the third day of the new year. Sign 3.3.3 😎

I want to specially thank @neoxian for his generosity and for his prestigious city which is changing lives and I am thankful to have you guys as family as well.

The next mega stop is when btc hits 50k. Hope to see that happen soon.

Yeah, let's hope for the best. Congratulations on having three things in sync. It was indeed fun because of every member in this family. Let's wait for the next big day. !BEER !WINE

You did a great job Mr Bala. It was a great event. Togetherness we are one.. 🙏💯🙏

Thanks for the comments Mr Well man. It was indeed a great memorable day. Cheers!

It really was full of enjoyment and fun. and the city working as a whole team was the best. :)

Yes, the coordination among the participants was indeed a great thing. That's what made the event even more interesting. Cheers!

I really enjoyed every second of the event, not easy to forget that event.
Thanks Mr. Dragon for the Mega Event and thanks to every citizen to make it the Best of the Best Event

Very nice report Bala. Hope we all get these fun and giveaway in future too.

Yea it was sooooooooooo much fun love it and damn Thank God we are part of Dragon sir city. He is the best. God bless him with everything, health wealth happiness.

God bless you Bala Ji for this.

Thank you for the great recording of the event.

You are welcome sir. 🙏

Congratulations @bala41288! You have completed the following achievement on the Hive blockchain and have been rewarded with new badge(s) :

Still have no idea why my posts doesn't reflect on the neoxian.city