There is a lot of talk about marketing Hive to those who are being or in threat of being censored by Big Tech. The challenge with this discussion is that we are trying to cater to those who are not a fit for what we have to offer.

A car dealership does not advertise on the Cartoon Network. Why? Because kids do not buy cars.

In this video I discuss what Hive, at this time, truly has to offer and the target market we are after. I also put up a couple of suggestions of easy methods to possibly access the proper market.

Marketing 101: Know what you have to offer and target market is.

I think Locals was considered one of the sites that people were migrating too after all this nonsense. There were a few others but I can't really name them off the top of my head.

Question: Would the blockchain be able to handle all the traffic if these people were to theoretically stampede into HIVE (posting, commenting, etc)?

Depends upon how many of these people started to stampede.

I think things could be upgrades quickly to handle more traffic. There is no reason why we cant 10x the daily users fairly easily.

If we suddenly had 1 million people posting 10 comments a day, it might be an issue. However, I think we can handle a lot more than what people think. The optimization of the blockchain over the last 9 months by blocktrades etal really helped things out.

Some of the apps might have a problem. It would kill Hive-Engine though I would think.

Few ads here and there can bring in revenue to make up for the extra cost. With the user numbers going up Hive price is going to go up too. It'll be mostly a smooth sailing to 100X user base in 1 year as long as that can also mean $10 Hive (which is fairly reasonable)

Let's be honest, Donald Trump is not going to sit there and write out a 1000 word blog post...

RFLMAO. I can picture in my mind now Trump writing out a 1000 blog post for Hive. Hahahahahaahah...

You've got a knack for spelling things out in a way that's easy to understand for people. My usage of Hive is mainly gaming and not blogging. Lately it's just been Splinterlands and reading Leofinance. 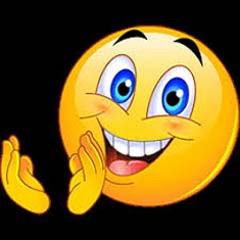