Can't Get Any Traction on HIVE

Hello my fellow HIVERS (HIVIANS?). I've been at this now for a couple weeks. There use to be plenty of exposure and lots of views over on Steemit, but this seems to be a whole new ball of wax (no pun intended...really). If you look at my channel on 3Speak.tv https://3speak.tv/user/highimpactflix you'll see that most of my videos barely scrape by with 2 or 3 views.

Lemme have it...perhaps my content is subpar. If it's something else...what's the secret to getting 3speak videos before a larger audience.

What is the viewership of 3Speak.tv? Perhaps I'm not understanding something here. Is 3Speak the same as HIVE? If so, why are view counts different? For example...I've gotten more "votes" on HIVE than I get views on 3Speak. Don't quite understand that.

If you have any constructive criticism or info..I'm all ears.

The votes are from vote trails. People that follow a specific person or a specific curator in hopes of spreading their vote among accounts that put out quality content. A lot of the larger accounts use vote trails and various curation efforts to spread their vote out among a lot of different people. Voting manually can take a lot of time and effort, so vote trails are used by a lot of large accounts.

I'm not much into videos anywhere, 3speak as far as I know is it's own entity like dtube, or bitchute or youtube. They are tied into the hive block chain so people can vote and give a reward to video posters on 3speak.

Building a reputation on 3speak and Hive are pretty much the same as most places. It simply takes time. I know over on youtube people can "BUY" followers for their accounts. On Hive Block chain, (actually Steem block chain), there used to be a problem with what were known as Vote Bots. Most people did not like them as they artificially put some pretty poor content on the trending page. When Hive split from steem, that was one of the first things to die off.

Some people think that content on Hive block chain should be exclusive to Hive. Others see Hive and 3speak as places to cross post their stuff to so it is always available no matter what the centralized facilities do to delete content. Their content will have a place for people to reach. There has been talk from some people of getting Youtube stars to post on Hive since Hive started out. You certainly have a valuable reputation on most of the other video hosting places so you fit target content producer so many spoke of in the past and still speak of today.

Words are easy for people to type, backing them up is quite another thing. I hope you do find a following on Hive, I hope you do give it at least a good six month try. I think both Hive and yourself will benefit from the relationship. I wish it were a faster and easier process, but it is mostly about taking the time to let the account grow.

Wow! Thanks for the time you invested in this comment. It's MUCH appreciated. I have you a 100% upvote for it but it doesn't look like it amounted to much. I like it here and will definitely do my best to produce valuable content. Many thanks my friend! If you have any valuable tutorials concerning HIVE and 3Speak to share...feel free to pass it along. I never really understood how Steemit worked and I'm pretty much in the same spot here on HIVE.

One thing to think about is how often you put a post up, maybe 3 videos a day spaced through out the day, kind of like breakfast, lunch dinner listen/read material. Hive is in all corners of the world, and excessive posting people can see as spamming or greedy.

Vote value does not really matter very much for new accounts. It takes as much time to build a reputation as it does to build Hive from the ground up. It has only been in the past 4 months that I could cast more than a two cent vote, with the recent price hike I now get to give out more votes at a higher value than I ever have before.

The people will find you and those interested will follow. I wish I could be more help on the 3speak side of things, but I really don't do much video watching myself.

I dont usually watch vids but I've been watching yours.

And include #pob or #proofofbrain tags

I like posts like this because I always learn from the comments! I found your channel from my friend feed and the one video I saw was great. I couldn't contribute to 3speak because I'm on my cell phone where I don't have a hivesigner. Same reason I don't do d.buzz.

To get back on topic, I wish more people did 3speak. I thought lbry was censorship resistant but I'm not so sure lately.

Hi there, first I would like to say I enjoy your content on bitchute, you're one of the good ones.

I think HIVE changed a lot since the STEEMIT years. You cannot expect to just upload content and get a nice sweet upvote.

You need to engage with people, and develop followership with time, go on their blogs, and read their stories, be genuinely interested (generic comments get downvoted as spams).

The line between content creator, user, investor is now quite blurred, and we all working together to build this platform, 3speak included.

So my advice to you, is to engage with people, answer your comments (yes it takes time), and you will be rewarded as people will start to care about your content.

Some of us have been here for years building something entirely Different than what Mass Psychosis wants.

You've been doing what for a couple of weeks now? Just uploading your content? And you think it's not working?

Well... It works bub.
Blockchain is a Tech for keeping Your digital data YOURS!
That social networking bump in audience aint going to happen here.
This place is for making sure you're not deleted by SanFran Faggots who got their indoor dayjob in twitter and Facebook and other MK ULTRA systems that were designed to make the populous act like shitHeels to one another over internet fame : /

YOU CAN WRITE WORDS HERE THAT WON"T GO AWAY!

You can then bring people that YOU know to look at the WORDS HERE without flashy pop ups and gross advertising. The people who come HERE do Not have to SIGN UP here to read your words and see your work; like they do on almost every other platform. I believe that THIS is all you should expect from here and nothing more really.

Now THAT is how this Blockchain works and 3Speak is something ENTIRELY different. Like the comment above I believe your vids are being seen in the embeds and I see your feed is getting acknowledged. I like your work so you should stick around and learn to use this place like a Badass... IMHO. 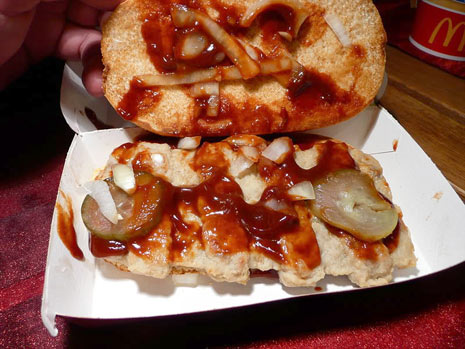 Seriously dunno if you've paid for those numbers or not, or how many videos you've posted to web 2 encouraging those 20k folks to join you on web 3

Your not using any real tags that will get your content into communities and in front of people's eyeballs.

When people watch a video on the hive platform instead of the 3speak platform is doesn't count as a view on 3speak. The only way for it to register as a view on 3speak is to get people to physically go to 3speak and view it there. Maybe a blog here with a link? I'm not sure how to fix that problem myself. Sometimes I get a few hundred upvotes but only 1 or 2 views on hive. That's how I came up with the fact it only counts as a view if viewed on 3speak. Good luck. Let me know what you find out. I like lbry/odysee and hive/3speak as my favorite alternate platforms so far. How about you?