How the birch blossoms... 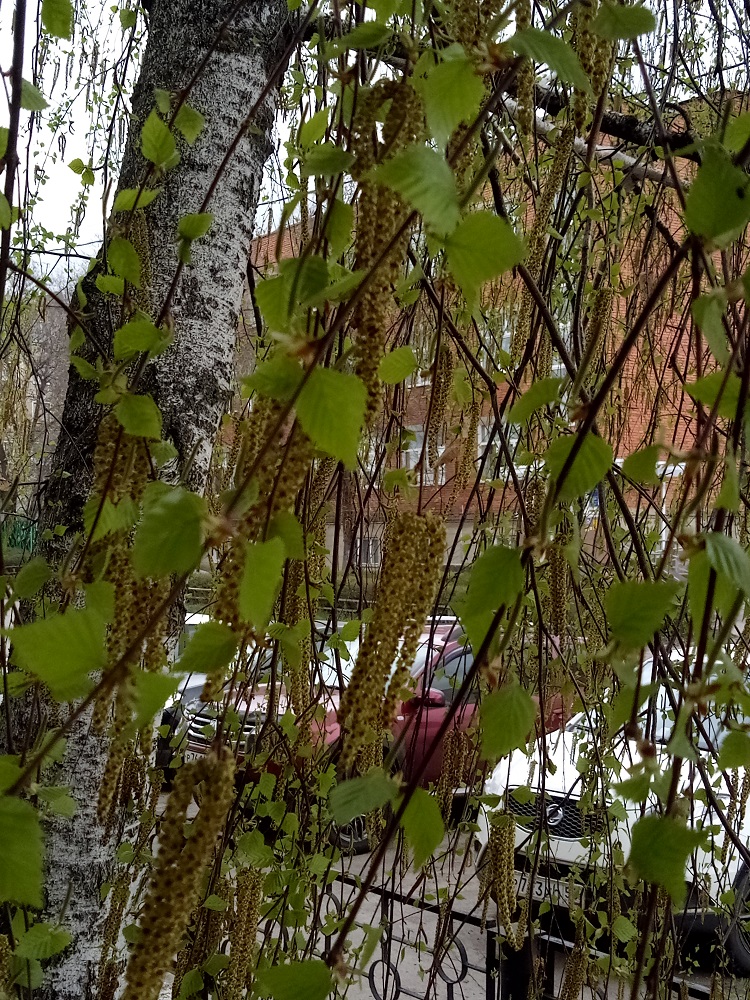 Undoubtedly, you have seen how the birch blossoms. However, I hope that some of the "tricks" of this process will be interesting. For the most inquisitive.

Among the trees of the forest, birch is one of the first to bloom.

Birch blooms even before the leaves bloom, usually in April. Large yellowish catkins hanging at the ends of birch branches (biologists say - on elongated shoots) consist of only male staminate flowers. A pair of perianth scales and two stamens - that's the whole flower. True, there are many of these flowers in the earring.

Three such modest flowers sit in the bosom of the covering scale, and it has grown to the shaft of the earring. There are many scales in the earring, and each has a trinity of flowers.

Click lightly with your finger on the hanging earring - a light yellow cloud will fly out. This is birch pollen.

But since male staminate flowers are collected in separate inflorescences near the tree, then somewhere there must be pistillate, female ones? They are on the same tree, and are also collected in earrings. Just not as noticeable. Women's birch catkins are shorter and thinner than men's. And they are dark green.
This is how a birch blossoms. Thank you for stopping by.