"A good ​character is the beauty of human" 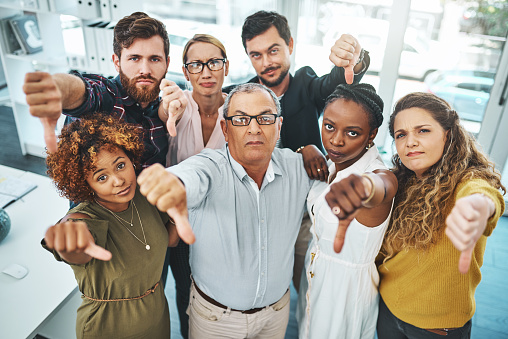 I look at the universe from the corridor of my walls, I am reduced to tears and sometimes regret. I most times blame my parents for bringing me into the planet but had to forgive them and live on, why? They have played their own part and could do little or nothing at all to remedy the damages I sensed within the sphere. I reminisced about the amazing moment when my teacher taught me about life 's virtues and how a good image and name is worth more than silver, gold and diamond. I believed my tutor with everything in me, I promised myself to wear the garment of honesty with pride and get my name chiseled on the immortal rock of pious men. I was given a series of examples of men who were successful during their time, how they influenced and liberated people around them. Having had all this positive orientation I grew up to realize the teaching of my old tutor is no longer practicable.

The world celebrates wealth instead of man, we neglect the person for material things. The definition of success has metamorphosed from what a man has accomplished or is capable of doing to the amount of money he has at his disposal. The word "good conscience" has lost its importance because men these days are ready to sacrifice their image just to get some bank notes. The dignity of human and respect attached to a man's name had been dumped into the eternal dungeon. People are ready to trade their personality for just anything that makes them smile to the bank. It has even gotten to the point where parents push their kids into crime by comparing them with other kids doing financially well around them. This is a canker worm that will ruin us if we don't put a stop to it.

The politicians and public office holders are the pioneers of this evil trend, the position of authority shouldn't be a position of flaunting wealth and living in affluence, it should be a place where selfless service is rendered to the people. These guys live far above the standard of their citizens, they live and occupy those positions to impress and oppress and leave their followers depressed. All these can never happen without it creating a negative impression in the mind of the people they are ruling over. Everyone just wants a good life without considering the well being of others, they indulge in just anything because the world they live in and the society they find themselves wants it that way, we all lack empathy.

Should we watch our ship sink? Should we continue treading this direction? We have suffered more than enough from the malady of greed and wants of material things which we all chase and neglect the true essence of humanity in us. Success in life shouldn't be measured with the parameter of wealth. I accept poverty is never a good condition or life situation but when we have each other in mind we can surmount all challenges and we all shall end victorious. The crimes and abnormalities the world is battling today wouldn't have surfaced if the world had held on to the right principles. We indeed lost it but I feel it is never too late to make an amendment. We can still get it right, let it begin with every one of us. It begins with you.

Congratulations @sir.skillful1! You have completed the following achievement on the Hive blockchain and have been rewarded with new badge(s) :