Honesty, Why Does It Matter?

vidarreturns (47)in #philosophy • 2 months ago

The value of honesty has been taught by families and cultures throughout time. People expect us to be honest, and when we make agreements we are expected to abide by our word. But why be honest when we can lie and deceive to get ahead in life? Today we discuss. 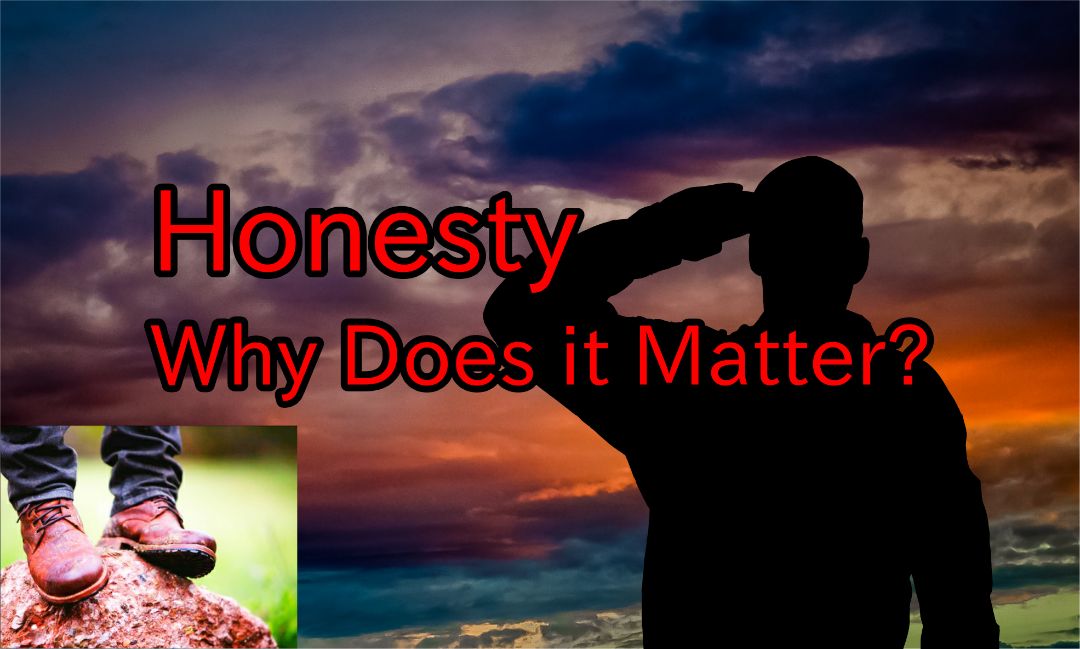 Being honest has it's advantages and disadvantages. When being honest with others, sometimes it can be hurtful or make them angry with us. So why be honest? If we accidentally break our mother's favorite vase, then couldn't we just lie about it? We could say the dog broke the vase, or pretend it disappeared and we don't know what happened to it. That could prevent our mother from being angry with us.

And if we tell our mother that we broke her favorite vase, then she likely will be angry with us. So why tell her? Why adhere to honesty?

And if she finds out, then how much worse will she feel to know we broke her vase and also lied to her. We didn't just cross her, we double crossed her. We did her wrong twice.

We see, if we had simply told her the truth from the start, then she may be angry, but could forgive us, and it would be over. But to be caught in a lie, we lose something much more valuable, we lose trust.

Once lost, trust takes a long time to regain, and it can only be regained by continuously proving oneself honest again.

Honesty is a character trait. It's not just something we turn on and off like a light switch. For an honest person, it should be rightly difficult to lie. Being good at lieing is only something that would only come with practice. If we know someone close to us who lies to others, then we can see that they lack in honesty, and we might be a little foolish to think that same person hasn't been lieing to us as well.

When it comes to family and community, would we rather to live with those who constantly lie to us, or those who are consistently honest with us? Of course, we want to have people around who are honest with us, and we too should be the example we wish to see. When we are honest with others and others are honest with us, then we have greater peace of mind. We don't have to stay awake at night wondering if our loved have deceived us or betrayed us. Wondering if our spouse is really staying at work late, or doing something else. Honesty is foundational to all successful relationships.

If we are dishonest to people, we disgrace the name of our family and relationships of those we love. If people see us as liars, then they will also see the people close to us as liars. We disgrace and damage the reputation of everyone close to us, and everyone we care about. By being an example of honesty, we bring recognition and honor to our loved ones. We represent higher moral character.

Honesty and moral character is something awfully lacking in greater public outlets. From commercials, to politics, to media, we find regular dishonesty and deception. This is a problem that has gone on for decades. Though it's a mistake to lie with liars. Their lies are their own. Be honest with liars, and the honest will prevail. We can't force those dishonest outlets into becoming honest, and neither should we try to force them.

Instead the best solution is to simply delete them. Delete them from our vision. Delete from our lives. Delete them just as they delete the truth. Our time is short and valuable in this life, and those that spread lies do not deserve to consume our time. Avoid filling our minds with garbage, and place garbage where it belongs, in the bin. Support and follow those channels which bring lessons of knowledge and positive values into our lives. We can start by following VidarReturns right now.

As our reputation is shared with those around us, so is their reputation shared with us. Let us surround ourselves with people of good character and integrity. At the end of our lives, and after we are gone, people won't remember the struggles we suffered, and they won't remember the number of wins we scored. But they will remember our value and what type of person we were in life. Let us boldly work to be a role model for others to follow. We send love out to all our brothers and sisters. Our Ancestors live on through us, and we thank them for our blessings of mind, body, and spirit. Stay blessed.