Floating Down the Bow

The Bow River flows from the Bow Glacier near Lake Louise in Banff National Park, Alberta through Calgary, then joins up with the Saskatchewan River, which flows into Lake Winnipeg, which drains from the Nelson River into Hudson bay. While the water system makes its way across thousands of miles of the Canadian wilderness, we only went along for fifteen kilometers of it.

On a hot summer's day, there's nothing beats cooling down by the river. The water is never hot in the Bow River as it flows from mountain glaciers, but it sure is refreshing. Grab a paddle and join us as we float from the suburbs of Calgary down through the heart of the city! 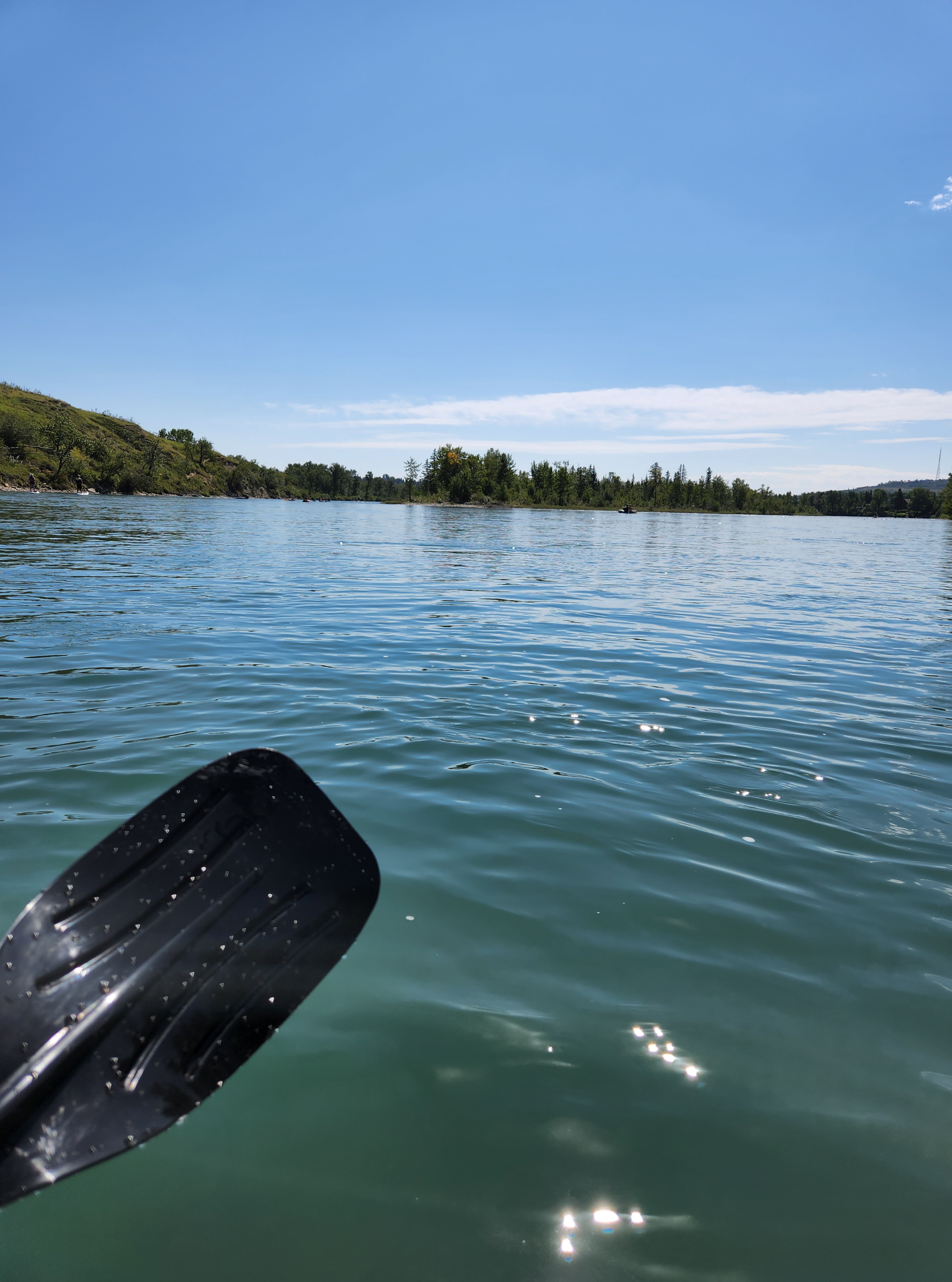 There are companies which will arrange the whole thing for you, such as Lazy Day Raft Rentals but we decided to save a little money and go buy the Canadian Tire Special, which is not recommended. Life Jackets and sunscreen are strongly advised. 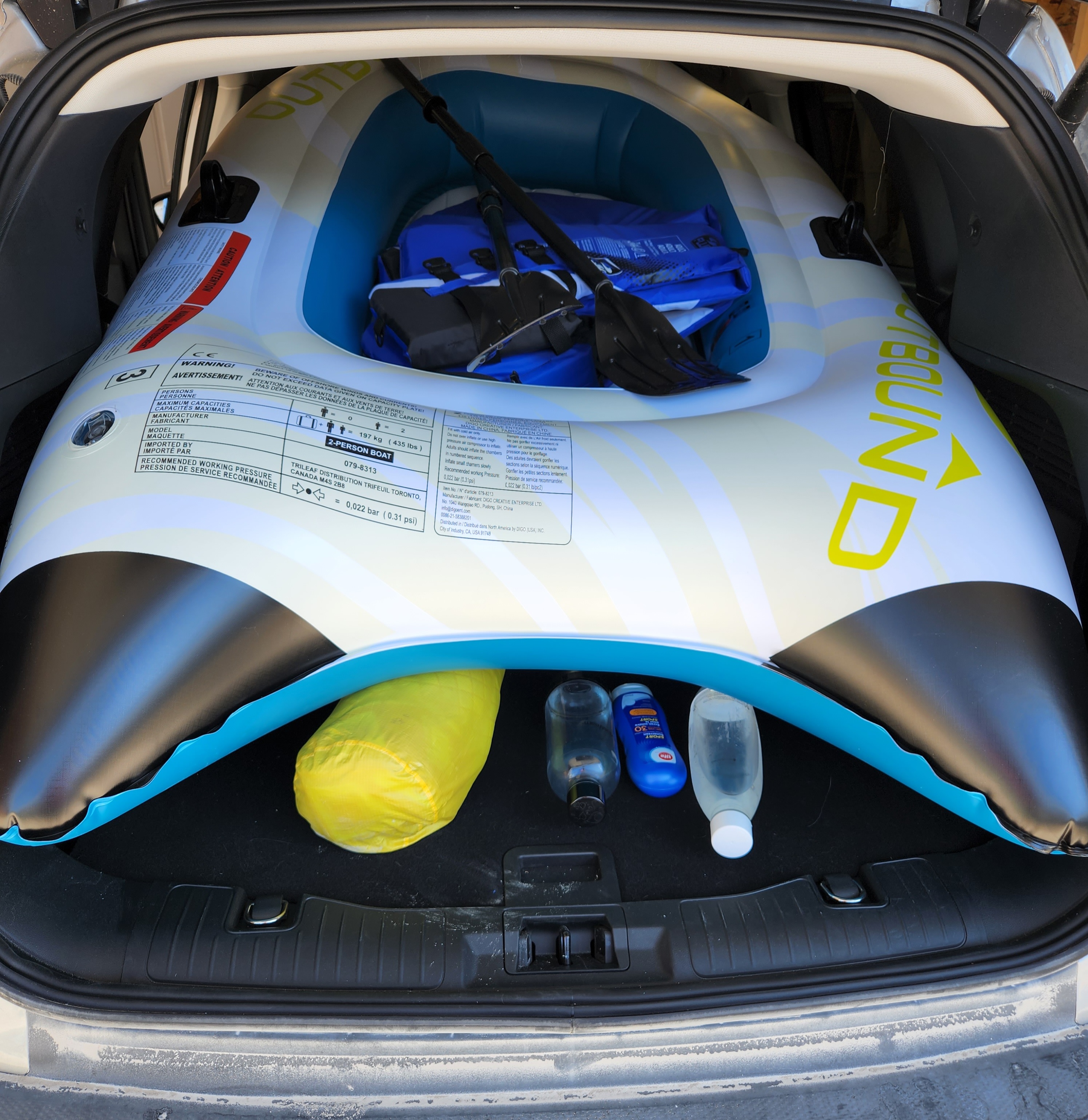 We loaded up the car and launched our raft into the river by Bowness Park. This area is strongly recommended as it is across the street from where many companies start their adventures, it has ample parking and it is along a bus route, # 1 which conveniently snakes through the city next to the river. So you park your car, float down and arrange for a ride back or just take the bus (map below.) 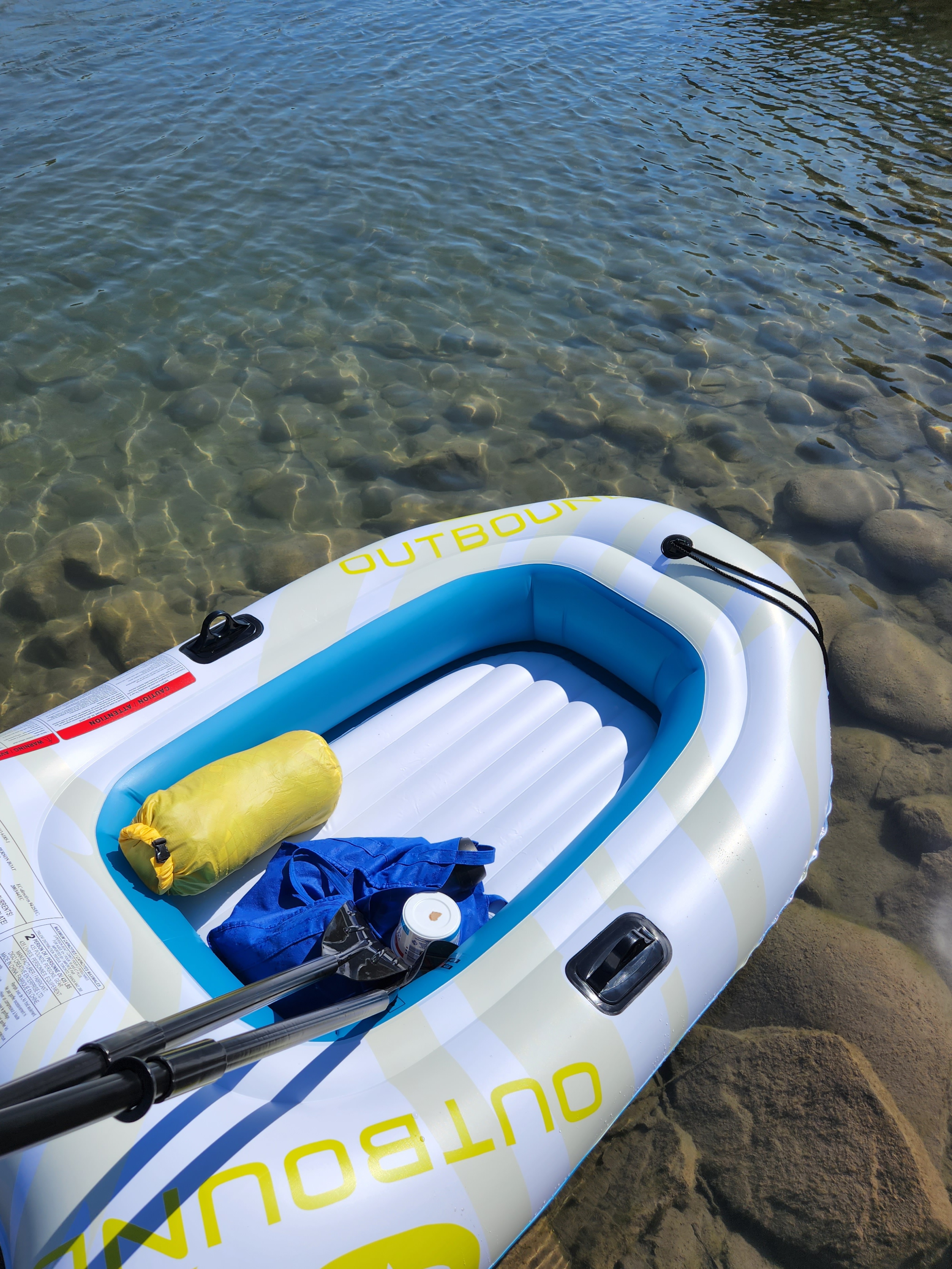 There are mostly class one rapids down the river the entire time. We went when the flow was 100 m/s, over 250 would be dangerous and the police might stop you. There are a couple areas where it gets a little rough or you could end up wrecking your raft on the rocks, so stay somewhat alert. Realistically, though you're gonna get tired of floating long before there is any real obsticles or danger. 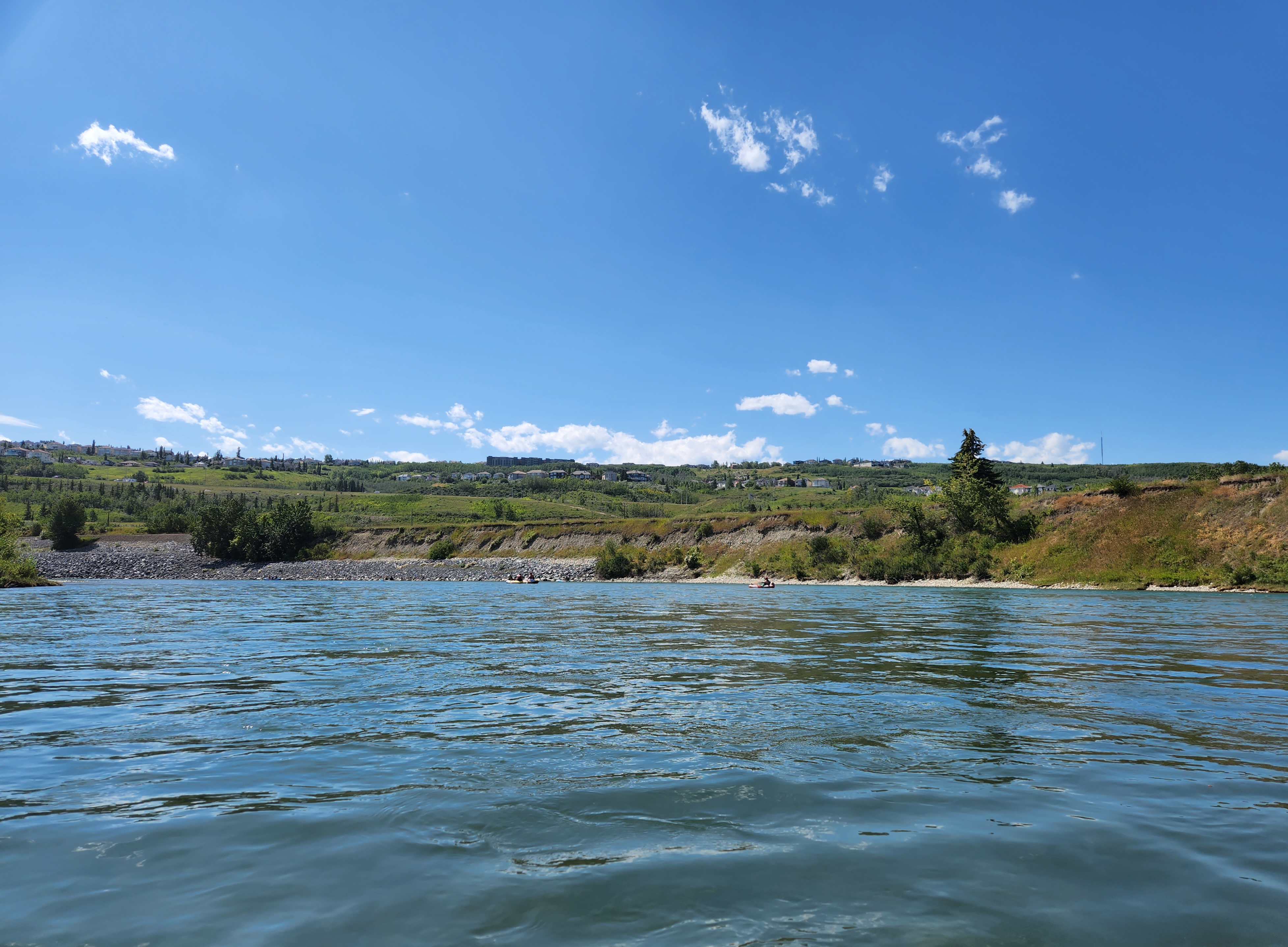 The journey takes you through suburban parks past miles of single family homes up on the hills. It's quite beautiful at points and there are many other floaters on a hot day in watercraft of all shapes and sizes. Motorcraft are not permitted as it is far too shallow. 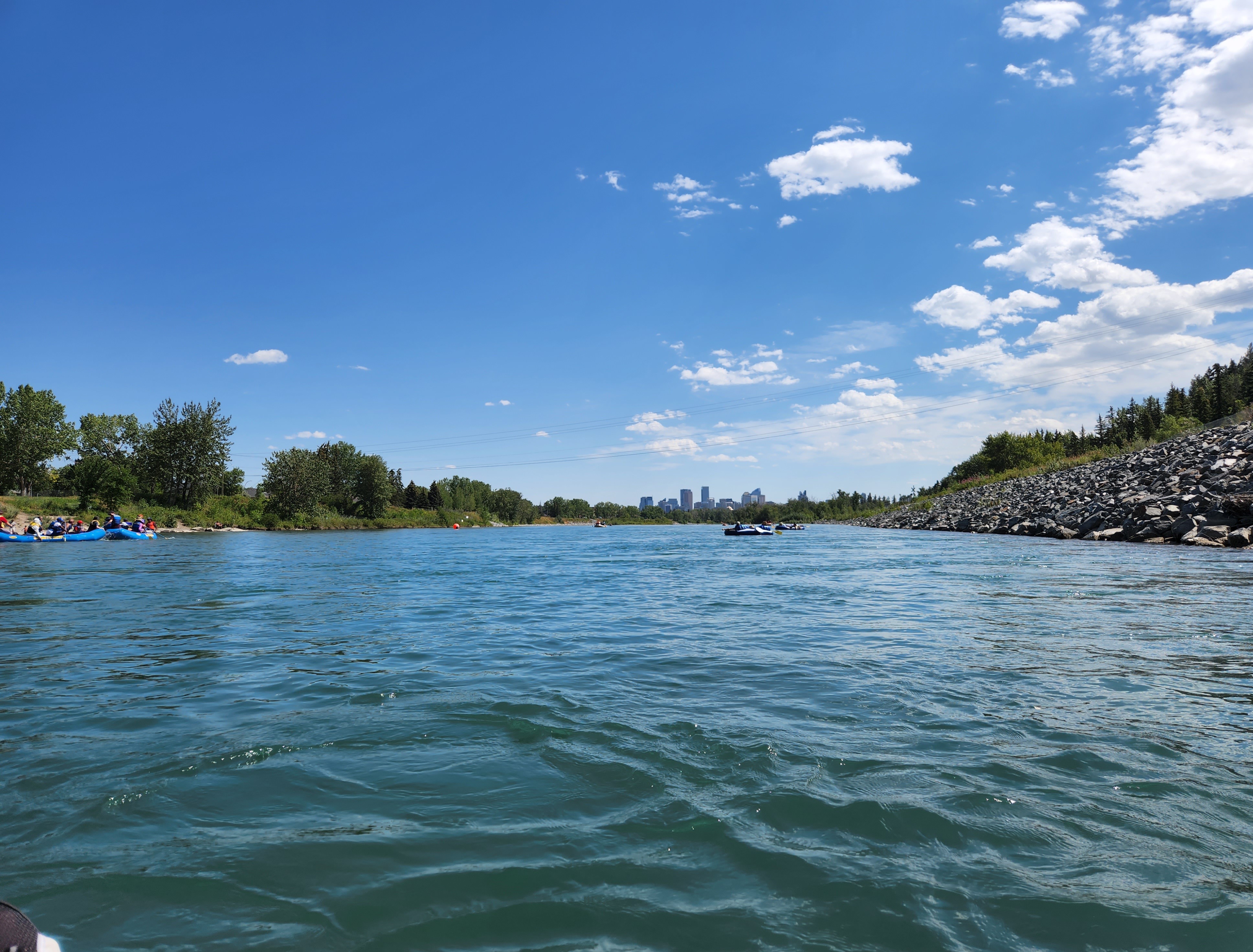 The city gets closer and closer. Around one and a half million people live in Calgary and it's growing fast. While some complain of the suburban sprawl, the downtown still has a lot of modern charm. One of the few dangerous spots is at a bridge right as you approach downtown. Just keep left or you will end up in some waves that will swamp you and/or you might hit a surfer. Obviously avoid bridge pylons. 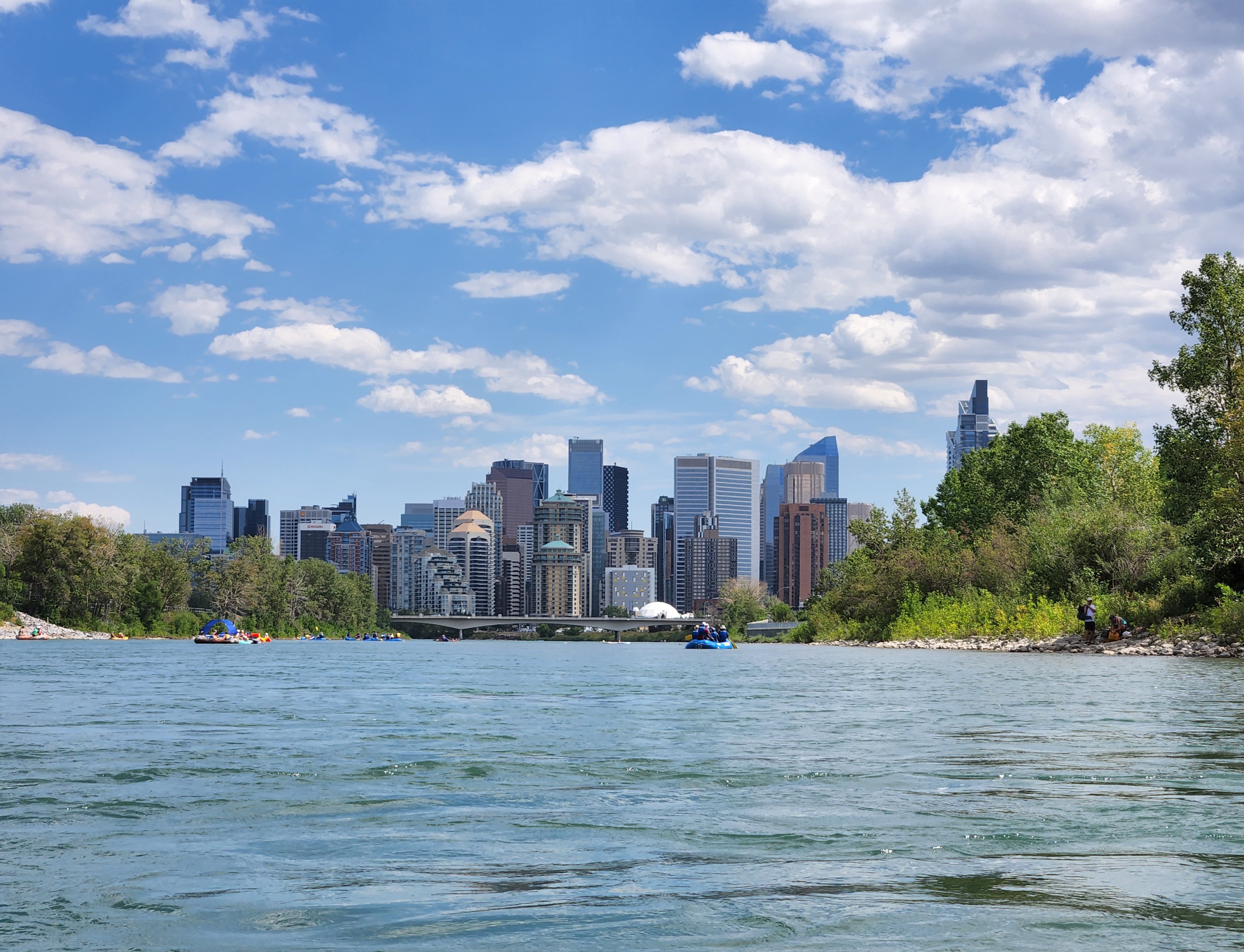 The Peace Bridge, designed by a Spanish Architect, Santiago Calatrava cost the city a small fortune and some controversy but it is lovely. It connects the river parks and just past it is where many people end their journey by Prince's Island Park. 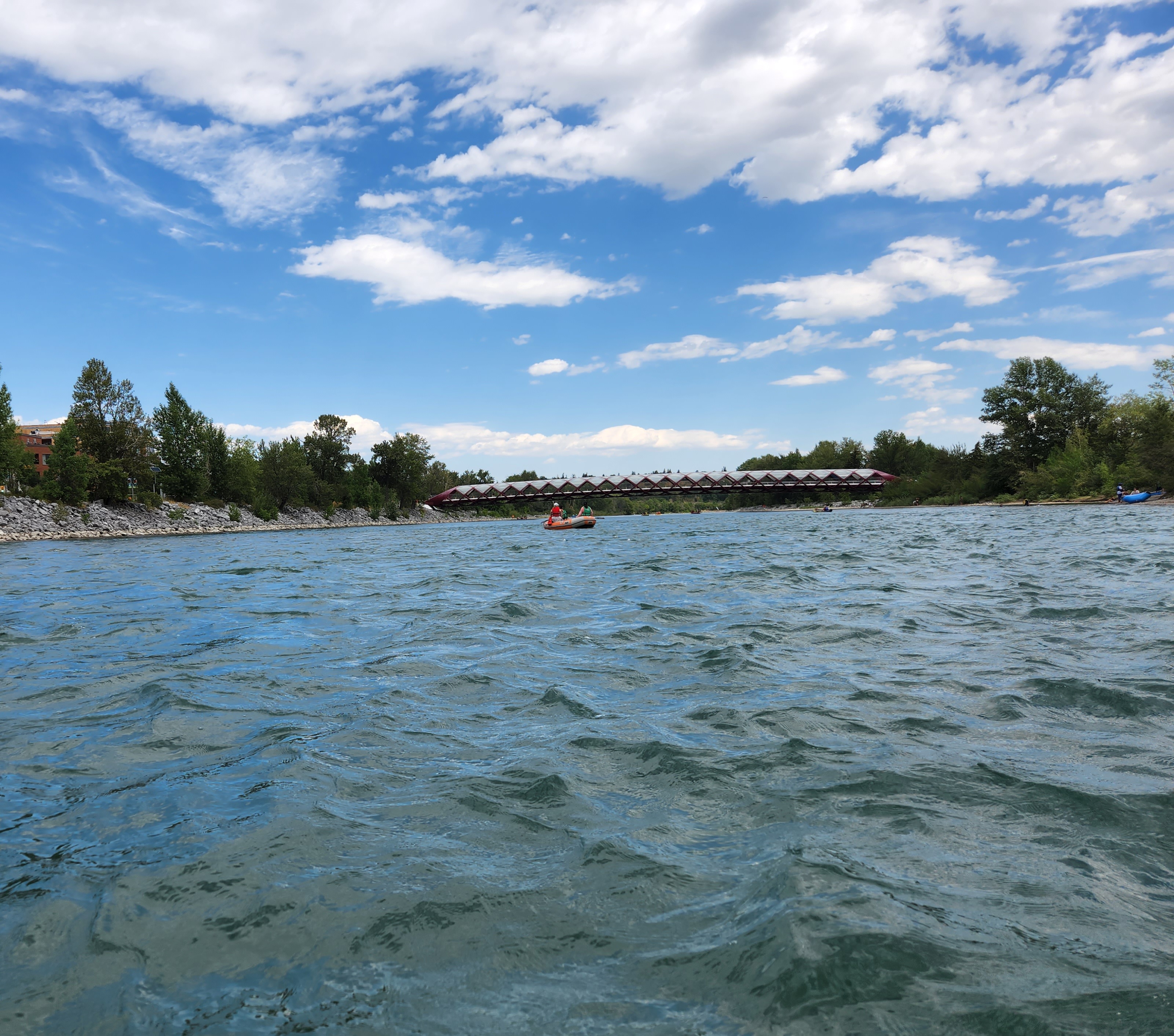 We continued past the Island, past downtown and the Calgary Zoo, then got out in an area called Inglewood-not to be confused with the one in LA. Our raft had sprung a leak and this part of the city is not so nice. It was time to get out. We got out to the right of where the map ends but the bus is just south of the right bank. The Bow River joins with the Elbow river there and it starts to smell a little and get dirty. Get out before there and walk to the bus or take a cab. 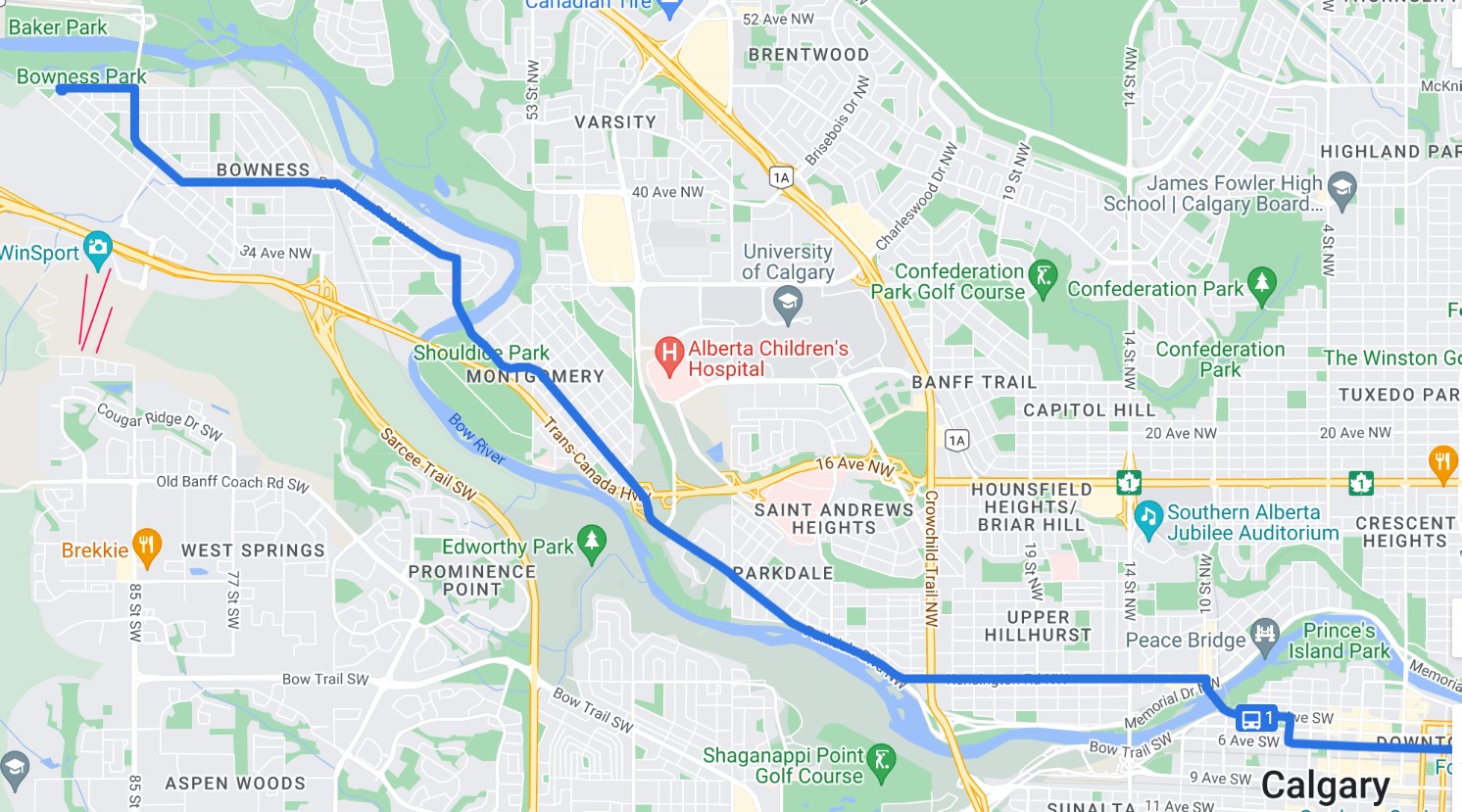 All in all it, was a great day. I strongly recommend floating down the bow if you're in Calgary one summer. It's the number one outdoor activity on trip advisor in the city and is family friendly.

I've been doing this a lot lately too, some great sections of water all along the bow. From Ghost to carseland essentially. That's the area I know at least.

Congratulations @crypticat! You have completed the following achievement on the Hive blockchain and have been rewarded with new badge(s):