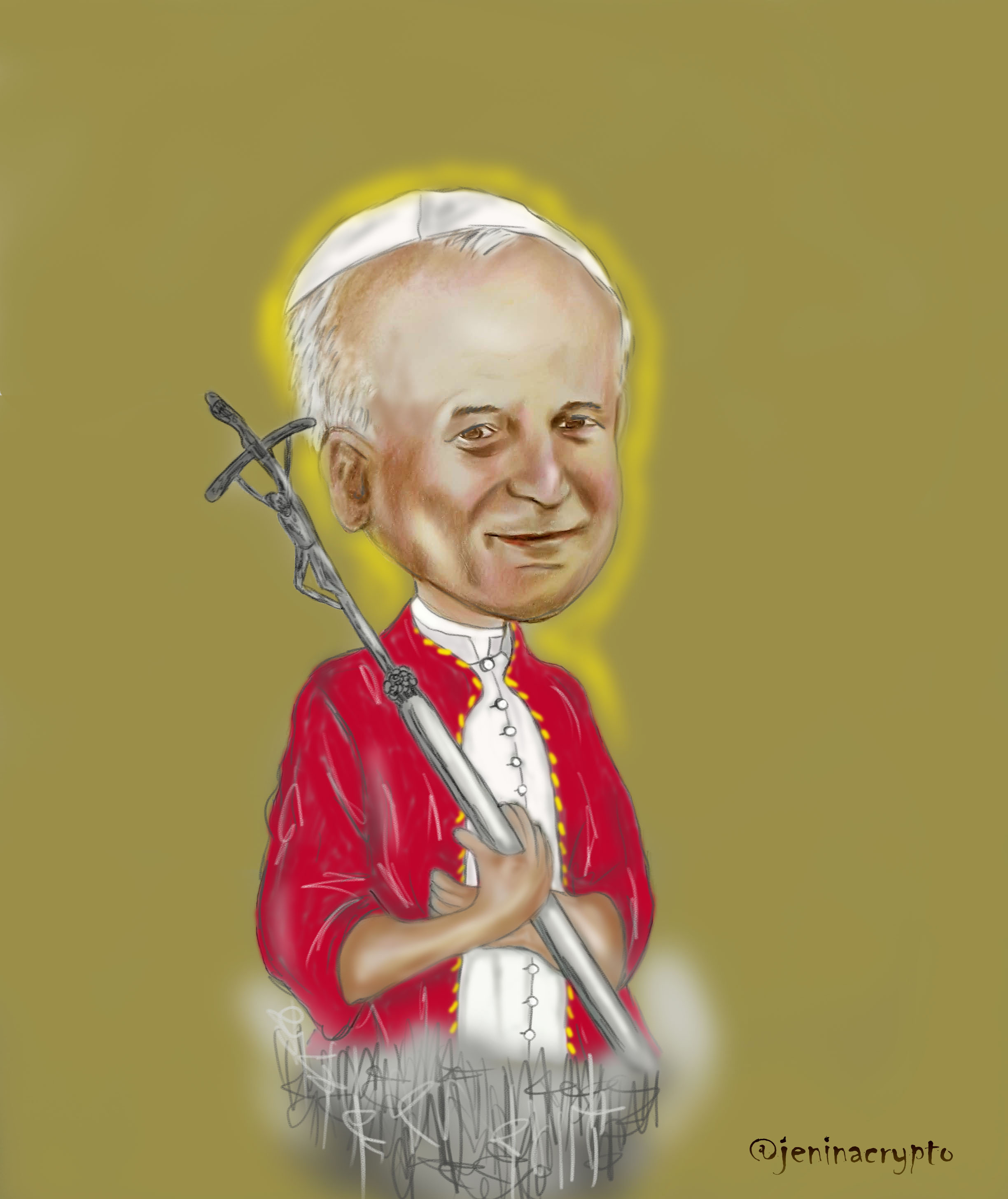 I drew this cute cartoon to thank him for the favor received in health🙏 Once I drew the Pope when I was a child and my great-grandmother wanted me to draw him so I also dedicate this art to her. Thank you for your everlasting love. I love you❤

Saint John Paul II is perhaps one of the most well-known pontiffs in recent history, and is most remembered for his charismatic nature, his love of youth and his world travels, along with his role in the fall of communism in Europe.

Shaped by the terrors of World War II and the subsequent brutalities of the communist era in Poland, Karol Wojtyła became one of the great defenders of religious freedom and human rights.

"Be not afraid" - Karol Wojtyła