The illusion of uniqueness in opinion, information and intelligence 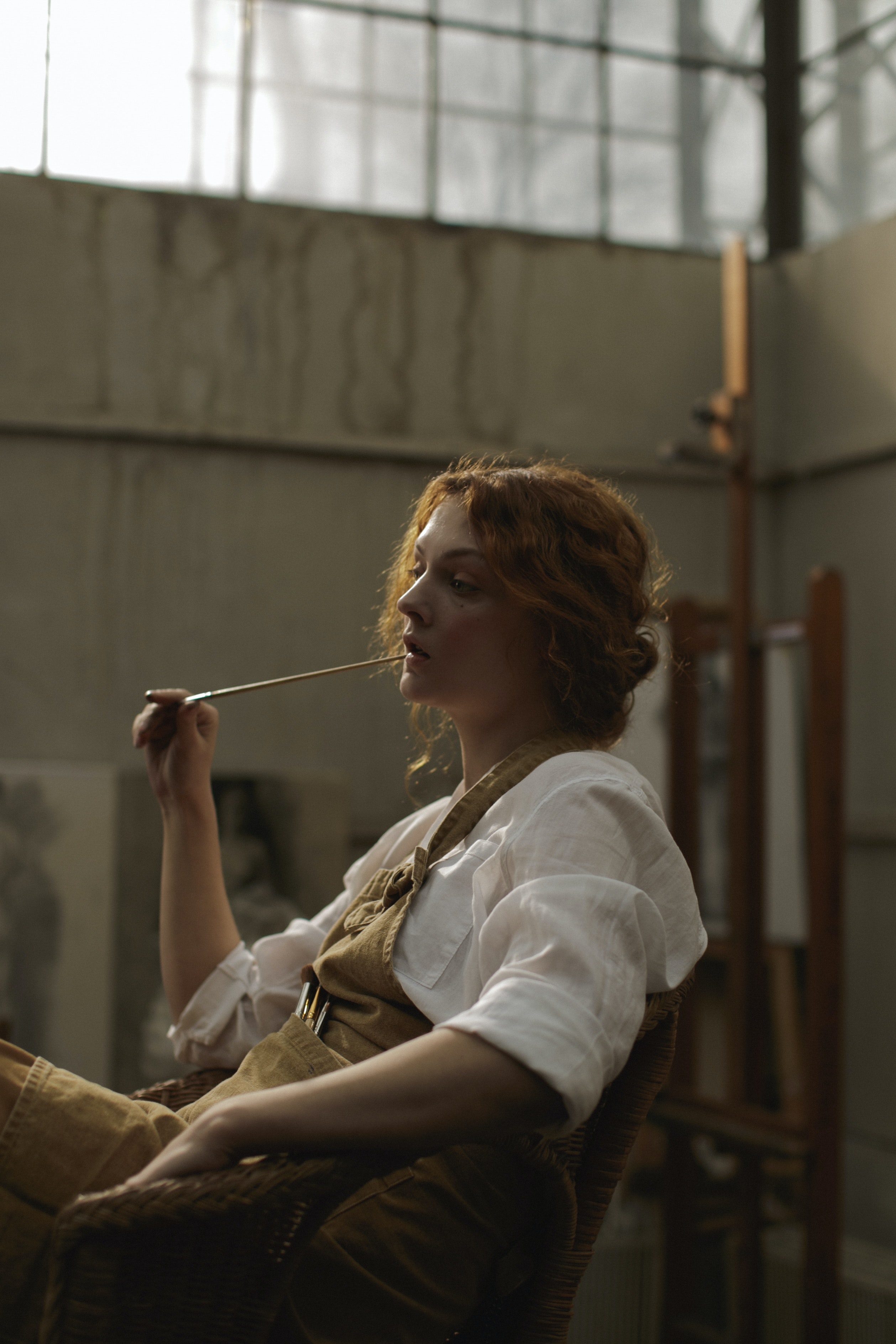 We live in interesting times.

Thirty or forty years ago people had very different lives. They didn't have access to computers as much as we have today, they didn't have access to the internet, and if they did, the connection wasn't anywhere near as good as what we have today, and not a lot of people knew how to work with computers or even get on the internet. All this was new to them back then and a fairly low amount of them actually cared and went through the trouble of learning and experimenting.

Nowadays we cannot image life without computers or the internet. We're constantly connected, always with our phones near us, if not in our hands, talking with other people, watching videos on YouTube, reading articles from a bunch of different websites, watching images posted by others, art, and a lot of other things.

The internet gave us a lot of content to watch, a lot of entertainment to go through, connected us all, and offered us access to a lot of educational materials that could help us not only improve ourselves, but improve our lives. We can literally learn skills online now that can help us move forward in our career and get better jobs.

All this is great. I would be a hypocrite to say otherwise since I spent most of my time in this virtual environment. I started using computers since I was 8 years old, playing games and trying to figure out how Windows XP worked. Four years later my parents got a new contract with a phone company and I finally had access to the world wide web, and I could do whatever I wanted, without having to leave my room.

I spent my days playing games, watching YouTube and trying to create cool things in Photoshop. As I grew older I learned more things and worked on more projects. Now I am here, writing an article in which I mention all of this, although the topic I'd like to approach is different.

I am appreciative for everything that the internet offered humanity and I am really grateful for being alive at a time in which all this is possible. But while the internet allowed people to connect and communicate, to educate themselves and build new things, it also allowed people to express their stupidity and idiotic ideas online.

Whenever people tell me that humanity is getting stupider and stupider with each generation, I look at them with pity. Quite the contrary, I say to myself. Humanity is getting smarter, at least overall. We can do more things now than our ancestors could ever do. If you could go back in time to try and teach a person who was alive 500 year ago to use a phone, or the internet, you would fail miserably. That, or be burned alive for being a witch or a demon. We've evolved more than we can imagine and we're way smarter than those before us.

The difference however, is that now stupid people have a voice, and a strong one. Before everyone was able to communicate with each other, stupid people and their ideas were mainly kept within a small village, and even more, within a small circle of people. If you had stupid ideas you were told to shut up, and people would usually avoid you or laugh at you. I know this is how it was where I lived when I was young. Those who were stupid were marginalized and were told to keep quiet.

In the era of communication, it is impossible to stop those stupid people from talking. Not only that, but our ability to communicate with each other allowed these people to find others who have the same ideas as them, and when your theories are confirmed by people as stupid as you, you begin to think you're actually smart. And what do stupid people who think they are smart do? They become loud, and they find others just like them, and become a big group of stupidity.

All that, in combination with our newly created ideas focused on individuality and how special each of us is, create the ultimate stupid person who not only think he's right and everyone is wrong, but also thinks he's special, educated, and knows the truth that everybody ignores.

I always found it equally maddening and hilarious how people automatically accept and embrace information that confirms their theories, that gives them the impression that they are right, and that makes them feel special and as if they have knowledge that others don't possess. I rarely saw such type of information being put under a microscope by those who agree with it, and analyzed in order to search for the only thing that, in my opinion, matters - the truth.

I like to call this the illusion of uniqueness.

Whenever I think of these people I like to imagine those who are strongly anti-government, but have barely any idea how a government works or what it does. They feel that their logic is so unique, so contrary to the common belief, that they must be right. Whoever doesn't agree with them is categorized as a "sheep" who keeps its head down and follows orders, but the same people fail to notice the fact that they themselves are part of a group who rarely question their own ideas and their own actions. They just happen to follow a different herd.

I hope it is obvious that I am not arguing against or in favor of any government. I am honestly not arguing against, or in favor of anything. That is not my point. My point is that I find it completely absurd when people think that belief is also truth. They believe something, it makes them feel good, they get some sort of information from what they consider to be a "reliable source", and they become convinced that they are right, and everybody else is wrong.

I find it hard to understand how people can get to that point. The fact that you'd like something to be true, and you find some sort of "proof" to back up your arguments does not mean you are right. It means you must do further research. Where do those arguments come from? What is the source of your information? Is it reliable? Is your source someone who searches for the truth, or who follows their own agenda?

So many questions must be asked before considering a matter to be even remotely clear, and this applies to a lot of the topics out there that are causing so many arguments right now.

Is COVID-19 real? If yes, then why? If not, then why? What are your arguments and your sources? Do you think the government is trying to trick and force you into submission? Why? How do you know that? Are you part of the government and have inside information? If not, who told you? Are they reliable? Are they part of the government and do they have inside information? Did someone tell them? Who? And why? And what are their sources? Let's go even further with our theories - you might think that the government is trying to control you and force you into submission, but what if the people telling you that are actually trying to trick you into rebellion and insubordination in order to serve their own agenda while they sit back and watch you do all the work?

Is the vaccine against Covid good, or bad? If you think it's bad, then why? And if you think it's good, then why? What type of information do you have and how do you know that it's valid or not? Do you consider the information good because it makes you feel as if your fears / concerns are being backed up by some sort of proof? Is your choice of information based solely on a personal desire to be right? Do you even want the truth, or do you want to avoid anything that might put you in any sort of danger, even if that means being ignorant and closing your eyes and clinging to your beliefs as if they are somehow special?

Post edit: These two topics given as examples were chosen simply because they are quite popular at the present moment and are easy to refer to. Whether the blockchain and crypto are good in general could be another example, or whether video games are good or bad could be another.

There are so many questions to ask, and so many ways in which we trick ourselves to accept the information we want in order to be right, ignoring the truth and never asking ourselves if we're wrong, or if we just willfully blind ourselves. Before we become the slaves of the government and media and big corporations and Bill Gates or whatever you'd like to think, we first become the slaves of our own fears and we willingly embrace ignorance.

Truth is, in my opinion, the only thing that matters. But truth is so hard to acquire, that we settle for the lesser, yet more convenient option - whatever makes us feel as if we're right. And that is very dangerous. That blinds us, and makes us consider ourselves better than those who disagree with our opinions. An opinion is not a fact. A unique opinion is not a fact. An opinion is only that - an opinion, which can be defined as "the ideas that a person or a group of people have about something or someone, which are based mainly on their feelings and beliefs, or a single idea of this type."

And when the internet allows us to get in touch with people who have the same opinions as us, we begin to consider such opinions as proof for what we consider to be the truth. It's wrong. It's arrogance and ignorance at its finest. And it's a dangerous game that we love to play again and again because it's easy, and it feels good, and it gets us the attention we seek.

The solution? There is no one solution I think. But there are steps and things we can all try.

Question everything, and above all else, question yourself. That is one step.

Question those who offer you information, whether it agrees with you or not. If you can lie, and cheat, and do unspeakable things to get what you want, then so can others, and maybe there's little or nothing stopping some of them. So question them, and their intentions. Then question yourself, and the reasons for choosing one side instead of the others, and whether your choice is based solely on subjective reasons, or if you are actually, even a little bit, interested in the truth.

And remember - everyone can be right, and you can always be wrong.

Just because the "herd" has one opinion, it doesn't mean that the opposite must be true. And just because you think you're special for not being part of the "herd", not only does that not mean that your ideas are automatically true, or make more sense. It can also mean that you're ignoring the "herd" that you're part of, the one formed of people who think they are special, different, against the system, and who think they must have information that others can't get to.