Yesterday started with seeing a spider right outside my door as I was leaving.
I remember when I was younger my mother told me that spiders represent money or wealth or something like that, so... That's how I interpreted it.

But... I just looked online briefly to see what the spider represents and I don't see money or wealth listed anywhere, the closest one I could find is "personal power"... So, I guess I'll go with that one! :)
Personal power sounds better anyways as it involves much more than just money, but... I am trying to work on money stuff right now so that is a focus. Anywho...

Later I saw butterflies and a lizard and a family of deer!
Definitely saw some ant friends too, I don't mention them enough... I do my best to go around their nests and trails and try really hard to avoid stepping on them!

Oh, before I left the neighbors cat said hi too and I may not have seen any birds, but I heard them.
So yeah, lots of animal encounters yesterday! I appreciate animal friends brightening my day like that.

Other than that the day was pretty magical and it was one of the most enjoyable days of my life, I truly treasured it.
Very grateful I get to adventure out in nature like this and I went with my father again and it was really great and nice to spend more time with him like that!

It's so windy outside right now... I love watching the trees and other plants moving in the wind, it's one of my favorite things! I also noticed some of the trees are starting to change color a little bit as well, super looking forward to getting some Autumn photography!

Umm... There's probably some other stuff to mention, but if so I forgot.
I think I covered the main bases though! 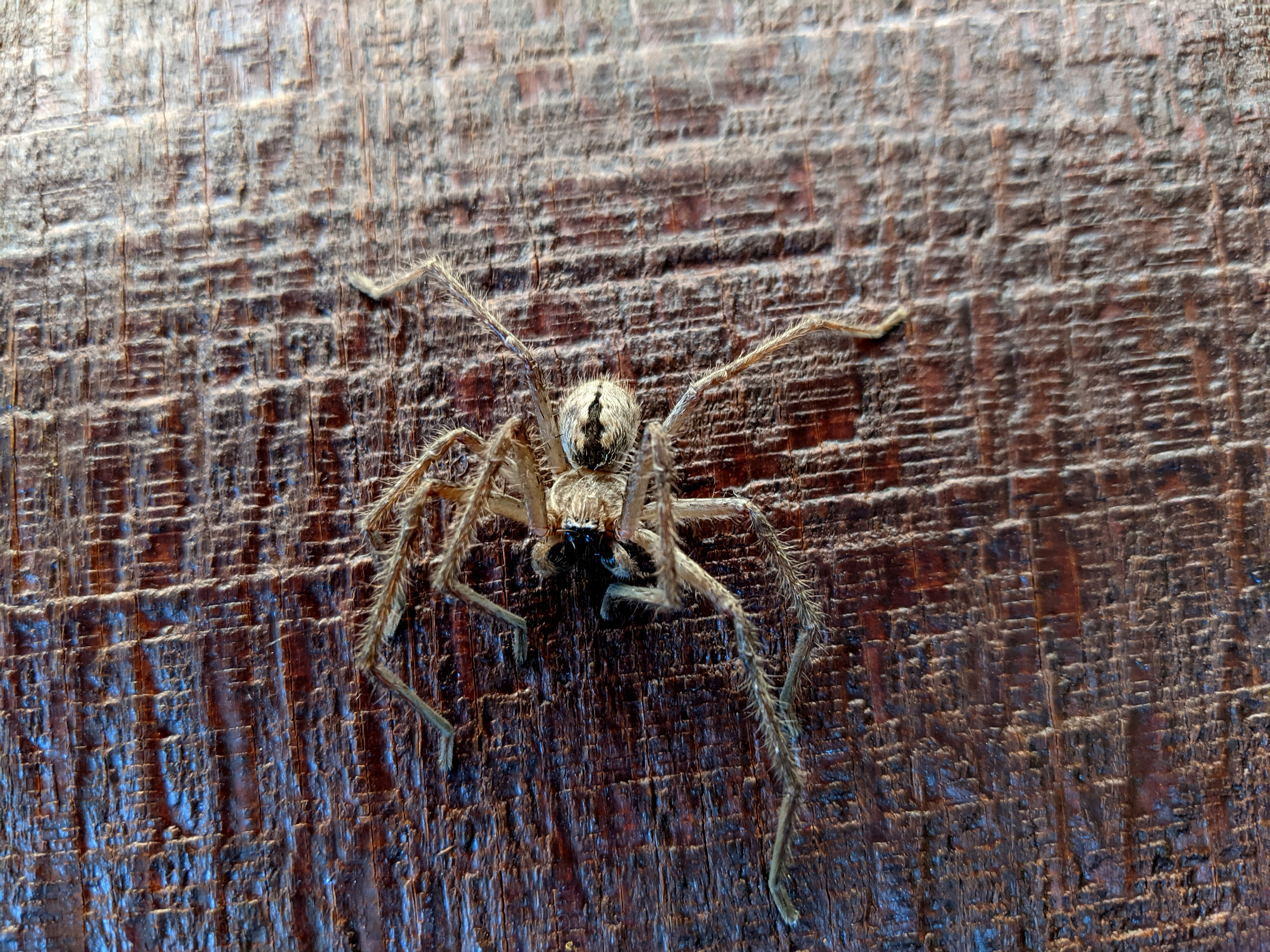 Hi @apolymask ,people have many omens, I don't think that spiders represent money, well if they bite you, yes, you have to go to the doctor and spend money on medicine ha ha ha ha ha, when we think like this we get self-conscious, look at the stairs, don't pass below because it is bad luck, then you have to pass and there are no more roads, what do you do, happen true, I better tell you what I feel, I like that you share with your father, be it nature or whatever, parents are a treasure so take good care of him and he to you

If spiders mean personal power than I should have a lot of it. Our house is constantly full of them, everywhere. And some are massive. I've never seen such big spiders before - like just under the size of a tennis ball. They're crazy. Luckily they aren't harmful to humans or pets though.

Lol. Dang. Just under the size of a tennis ball? That's intense. We have some tarantulas around here that are almost that big, but they aren't very common and I don't see them very often.
And yeah! Glad to hear they aren't harmful to humans/pets. We have a few poisonous spiders here the Black Widow and Fiddle Spiders/Brown Recluse... But, I googled it a while back and found out that people dying from them is actually very rare. Same thing with the rattlesnakes and coral snakes, pretty rare that people die from them. So, spooky and dangerous, but not as dangerous as they might seem!