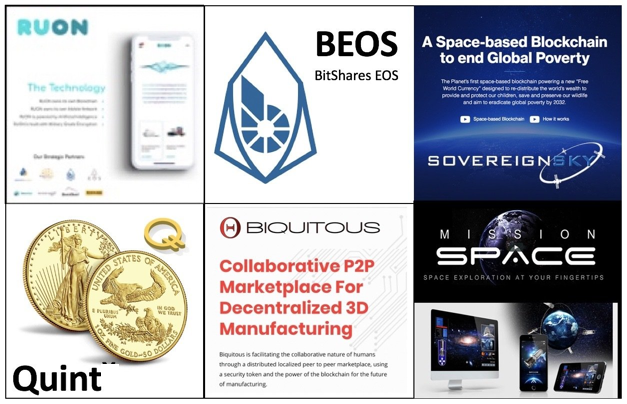 We've created a new company called the BEOS Eco Business Trust (BECO) which is designed to operate the BEOS network and hold assets in many projects that build on the BEOS network for the benefit of its members — those who hold Beos and Manna tokens.

Some of these companies will be offering SEC-approved security tokens through the Deal Box system. You can read about it here: ​Vertalo to Tokenize 22 Securities Worth $200M on Tezos Blockchain More than 20 companies expect to tokenize securities on the Tezos blockchain, representing some $200 million in deals, through a new partnership with fintech merchant bank DealBox and software provider Vertalo.

We anticipate that BECO, as an accredited investor, will ultimately be holding some of these tokenized securities for the benefit of its members. If you haven’t started collecting Manna yourselves – get a BEOS account today at BEOS.world and stake some BTS and BEOS to start collecting a skyfall of Manna from heaven. Read all about it here: ​How BEOS Manna Works

Hey Stan, I tried withdrawing some of my BTS the other day and I got some weird error messages. My user name was not recognised essentially, is this a glitch?

Thank you. In that case @dannote can you help?

It seems so! I hope he answers!

Have you a good beer and rocking chair handy?

Is he gonna sing me the blues!!

First thing it to make sure you have the most up to date version.

Crikey, that might be it. I have never updated it. Don't suppose you have a link to it?

Top notch, will give that a bash. Cheers!

Are manna tradeable? I can't find them listed on any exchanges, quint's website don't seem to reference them anywhere either.