Heyo! What's up people? Today I'll be sharing my simple and delicious carbonara recipe. This is already my second entry to my "Quarantine Cooking' series. It's been months since my last food post but as they say - it's better late than never. Hahaha!

To start you'll need the ingredients below: 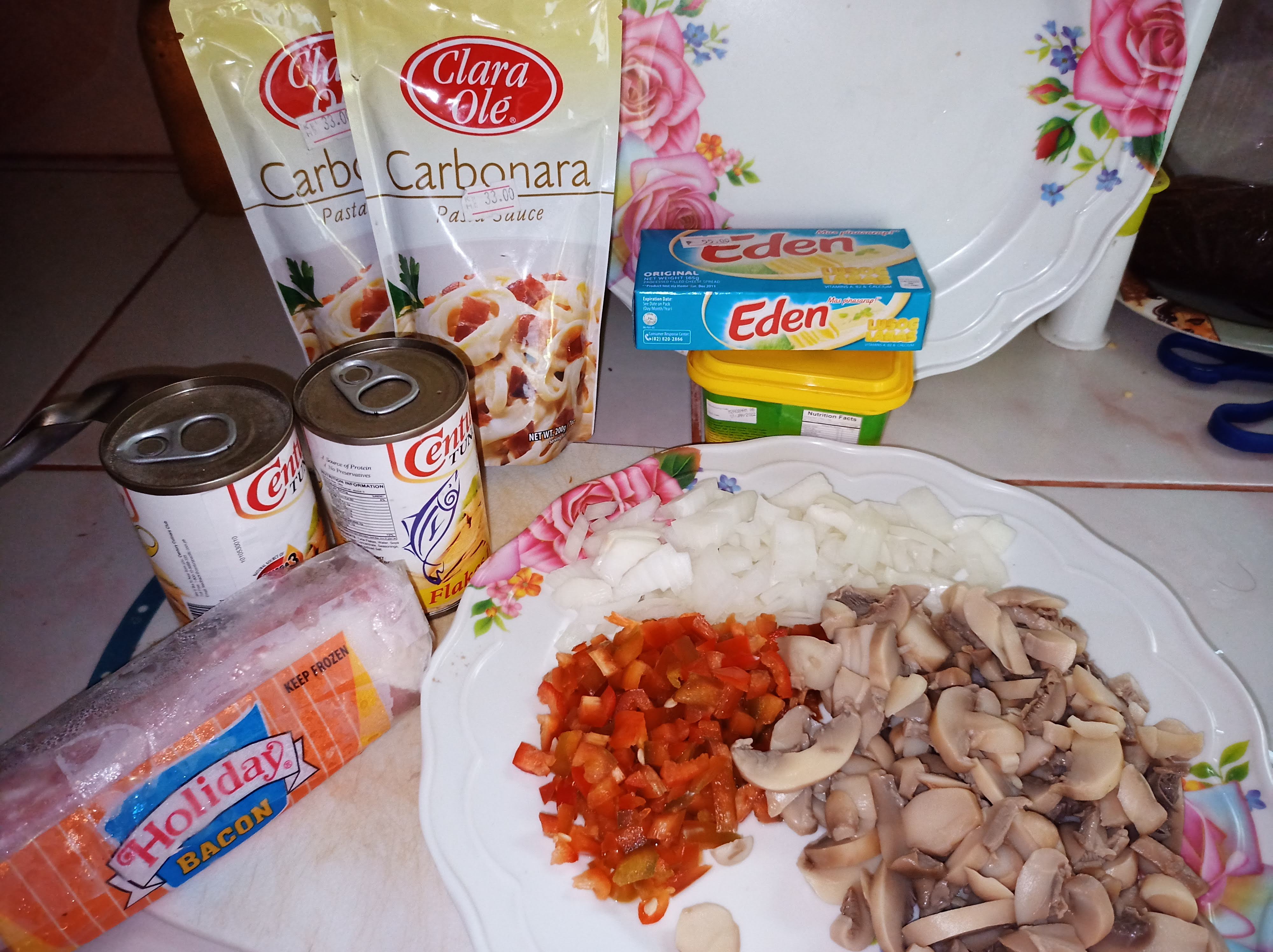 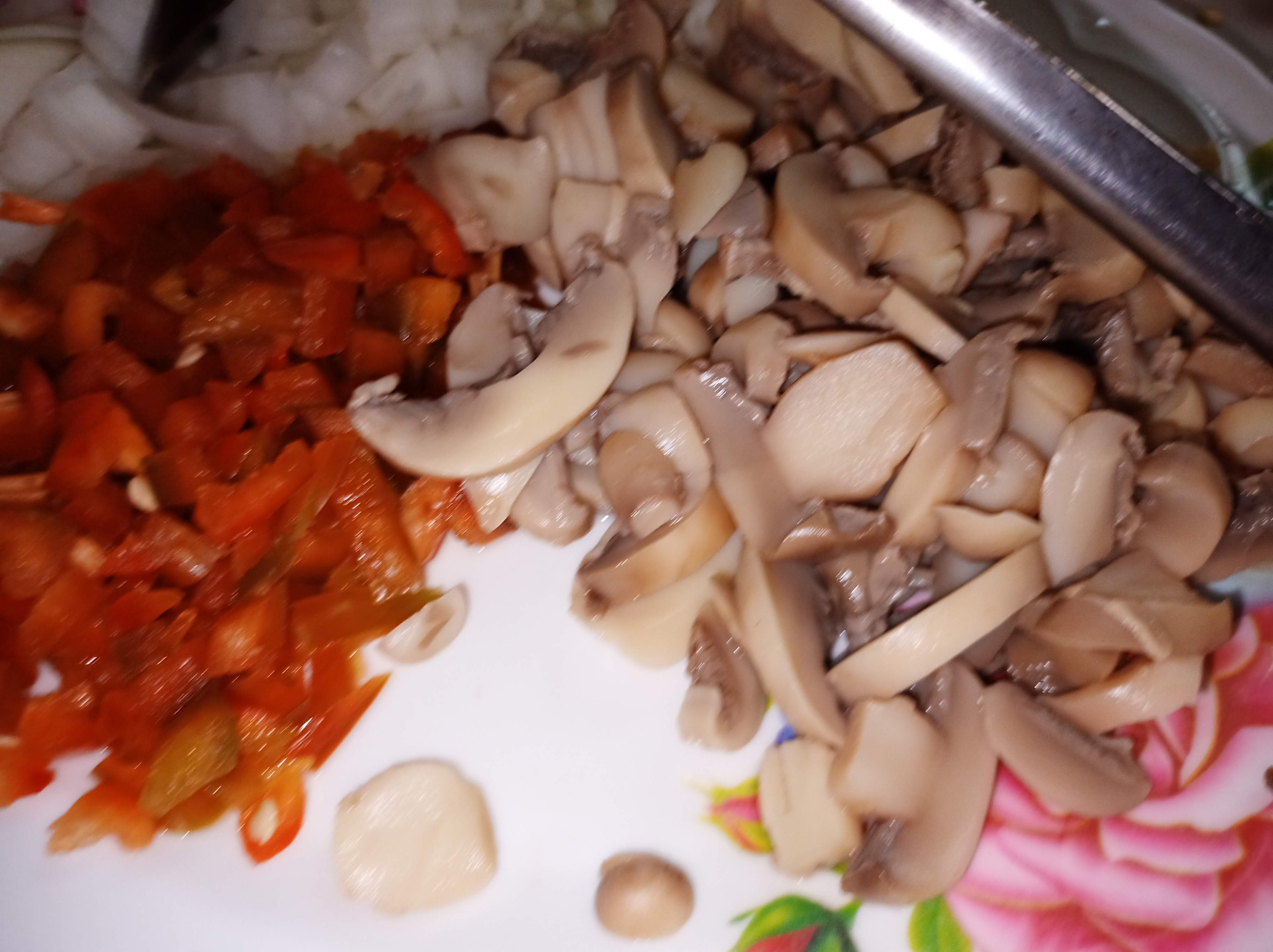 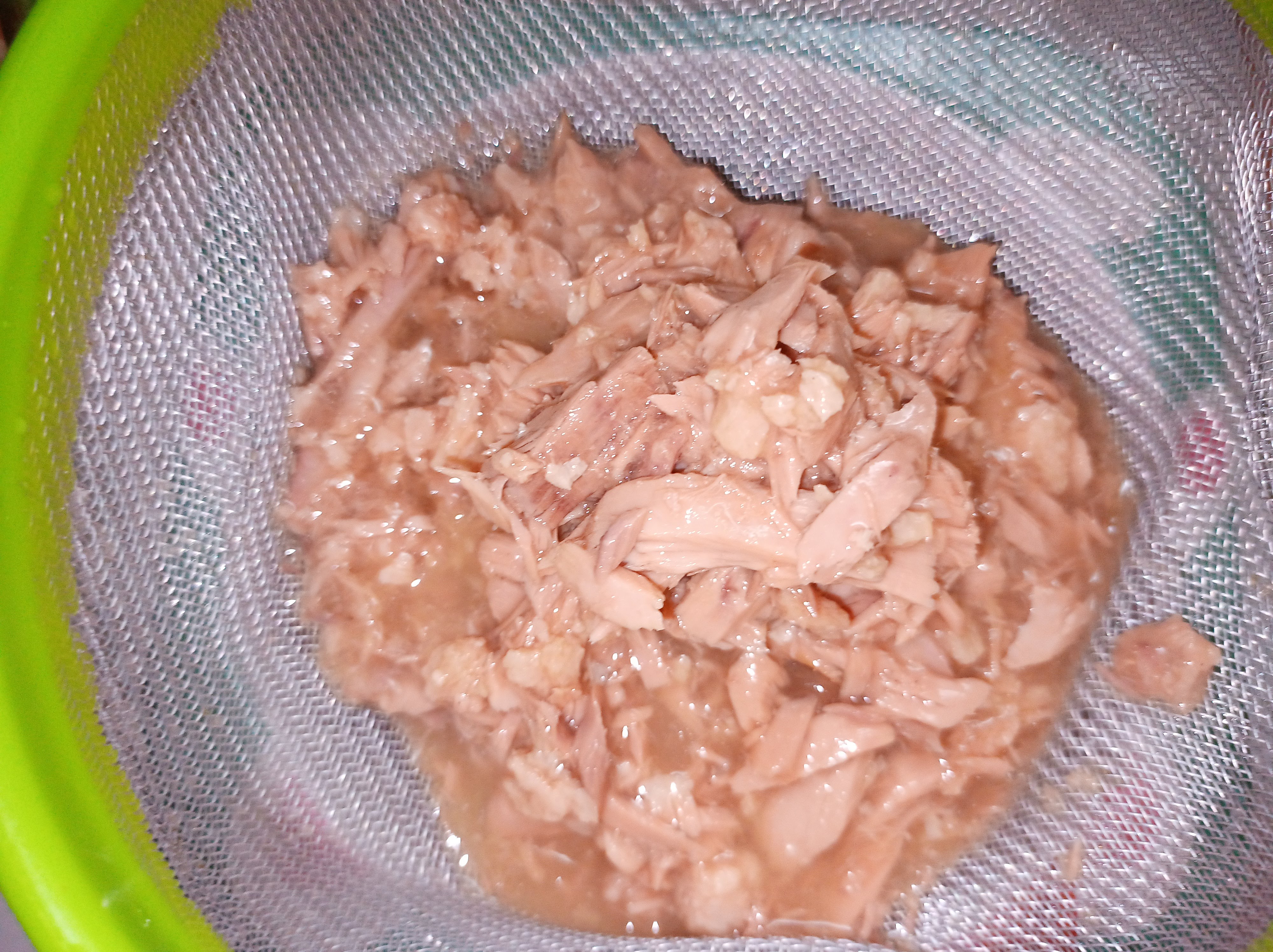 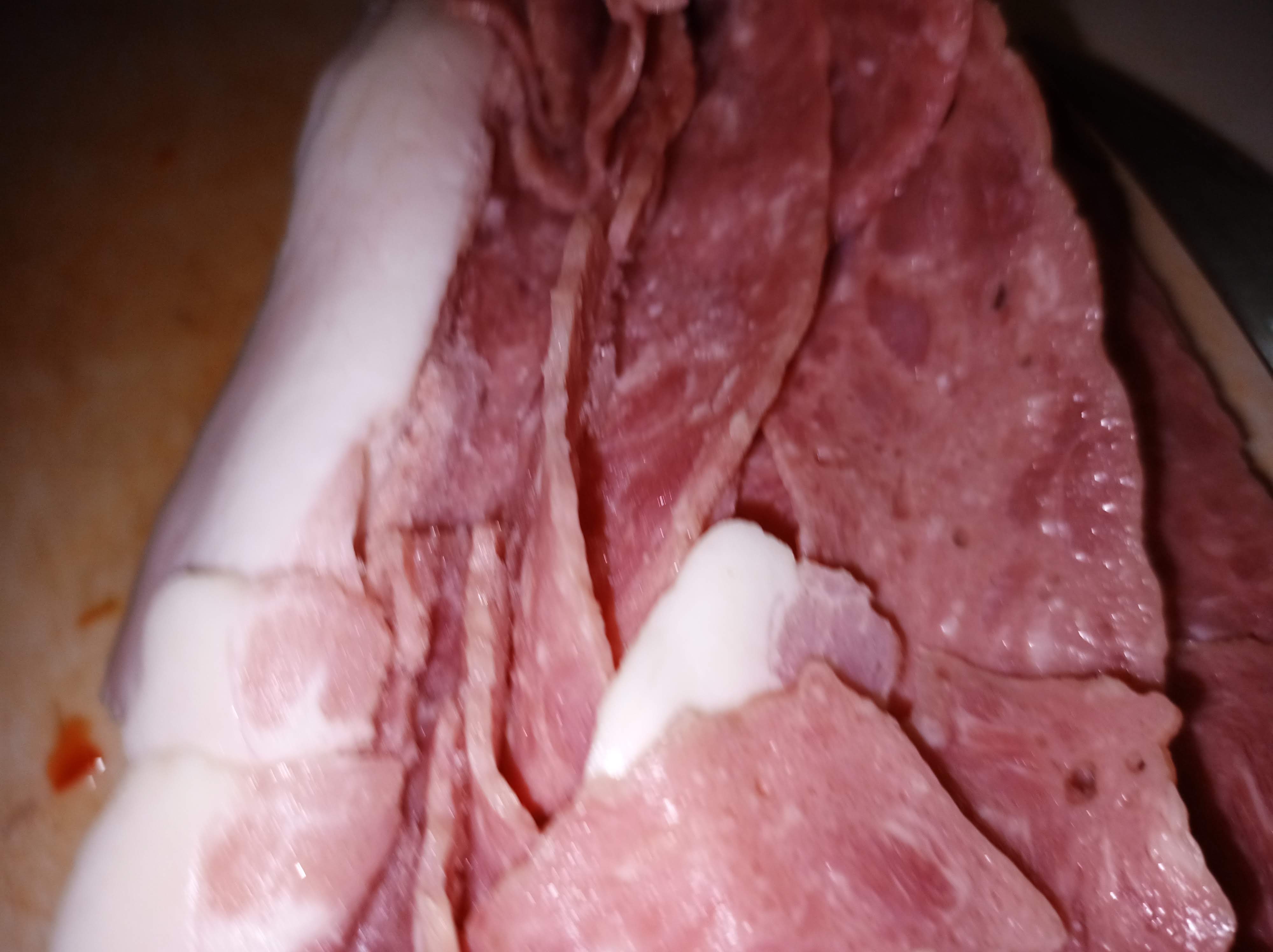 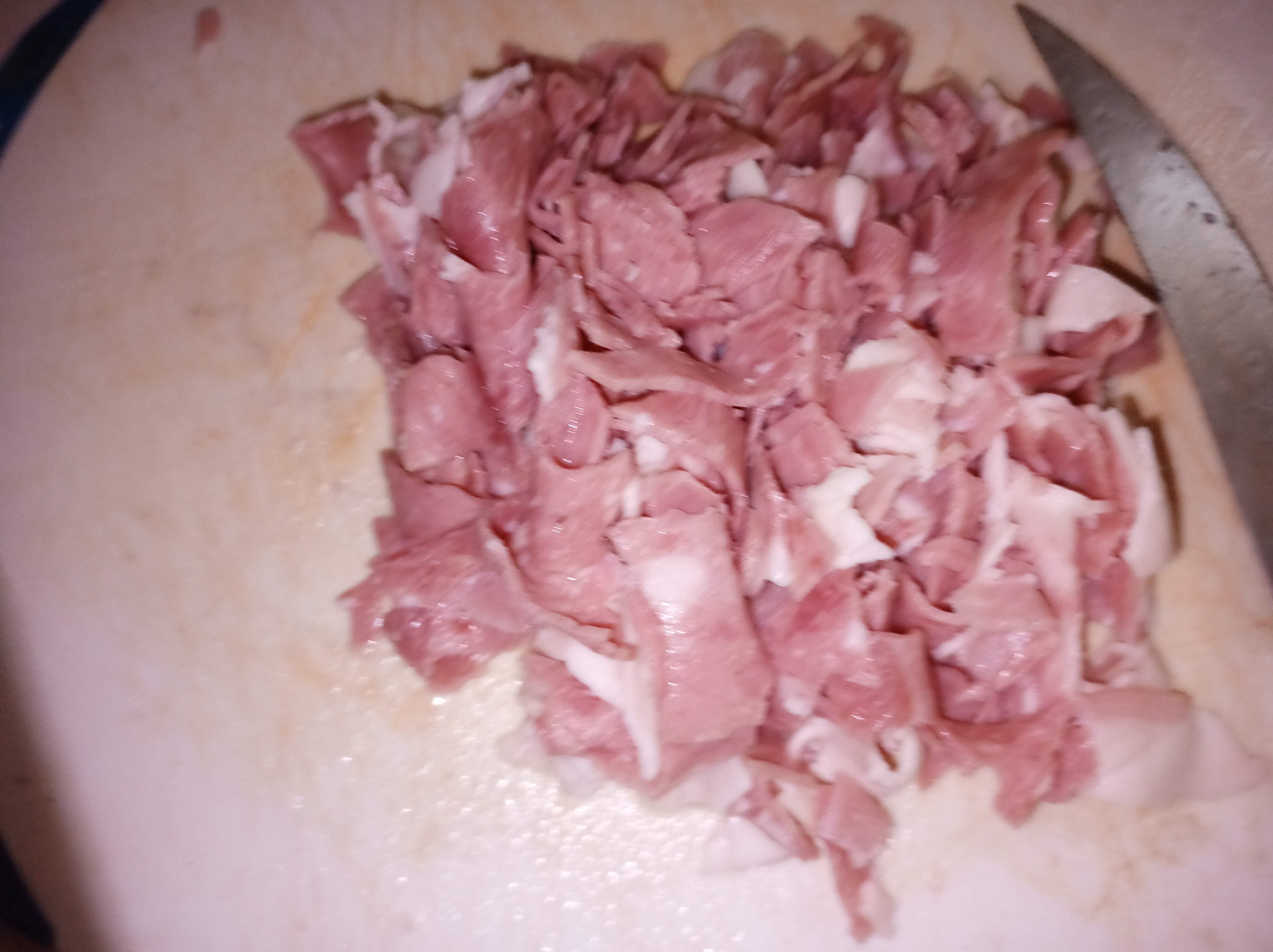 Step 1: Of course, the first thing you need to do is to prepare the ingredients. I started by chopping the onions and the bell pepper into tiny pieces. I know some people don't like bell pepper but I really like the aroma coming from them. Also, drain the mushrooms and the tuna. You can add the oil from the tuna later but if you don't want it to taste too fishy then I suggest not to. Anyway, I opted not to add the oil in this recipe. 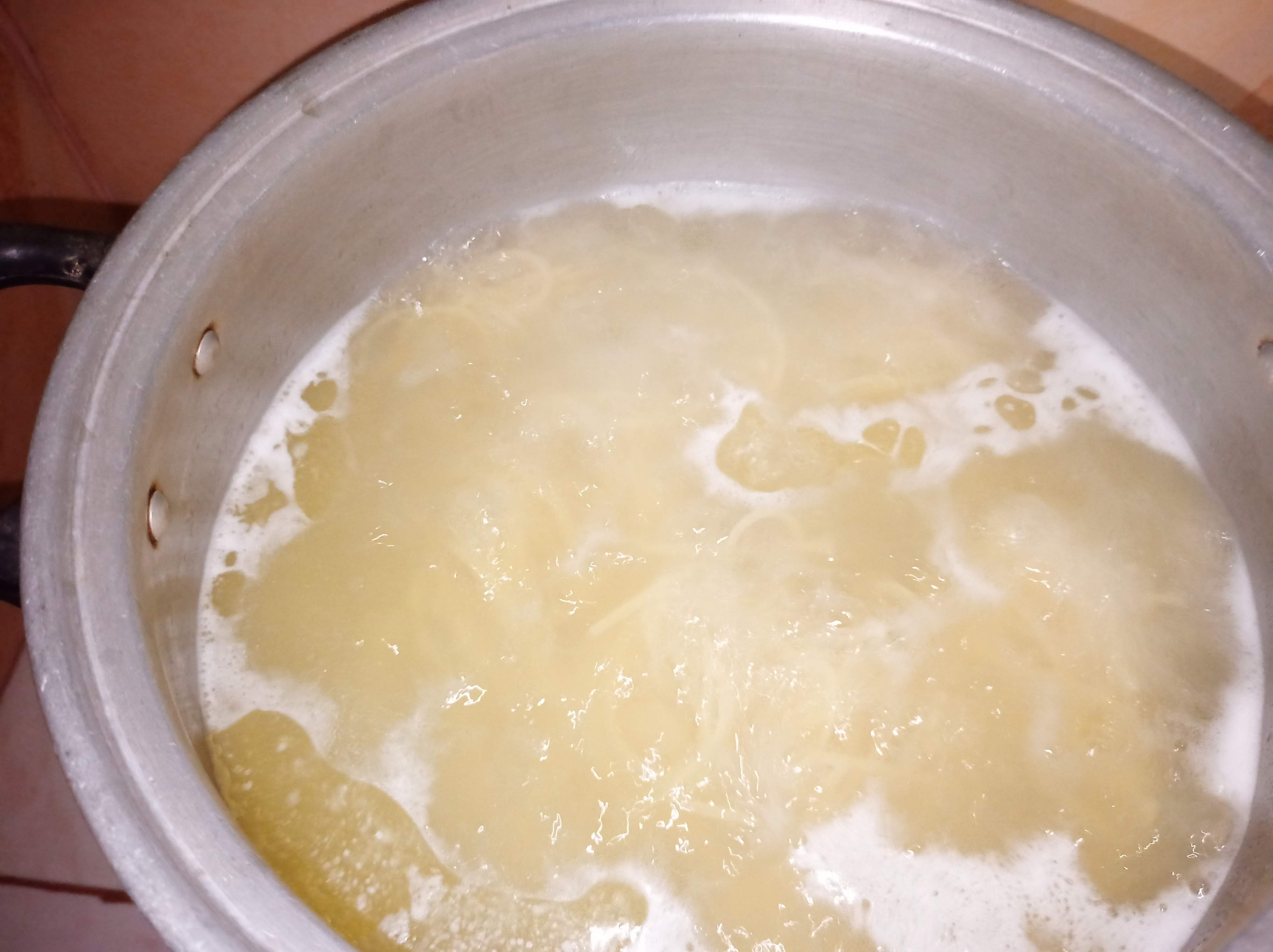 Step 2: Boil some water, add some salt and cooking oil. You need salt and oil to prevent the noodles from sticking to each other. Make sure the water is boiling before you add the noodles. You want it to be al dente, wow that some italian. Hehehe. It just means that you can still feel the bite or the firmness of the noodles. Also, the cook times says, wait for 10 minutes but don't do that. You need only 8 minutes. The noodles will still be mixed with the sauce after. Making it 10 minutes or even more will make it soggy. After cooking the noodles. You can either drain it fast or add some water to lower the temperature. If you leave it in the hot water for too long it might again be overcooked. 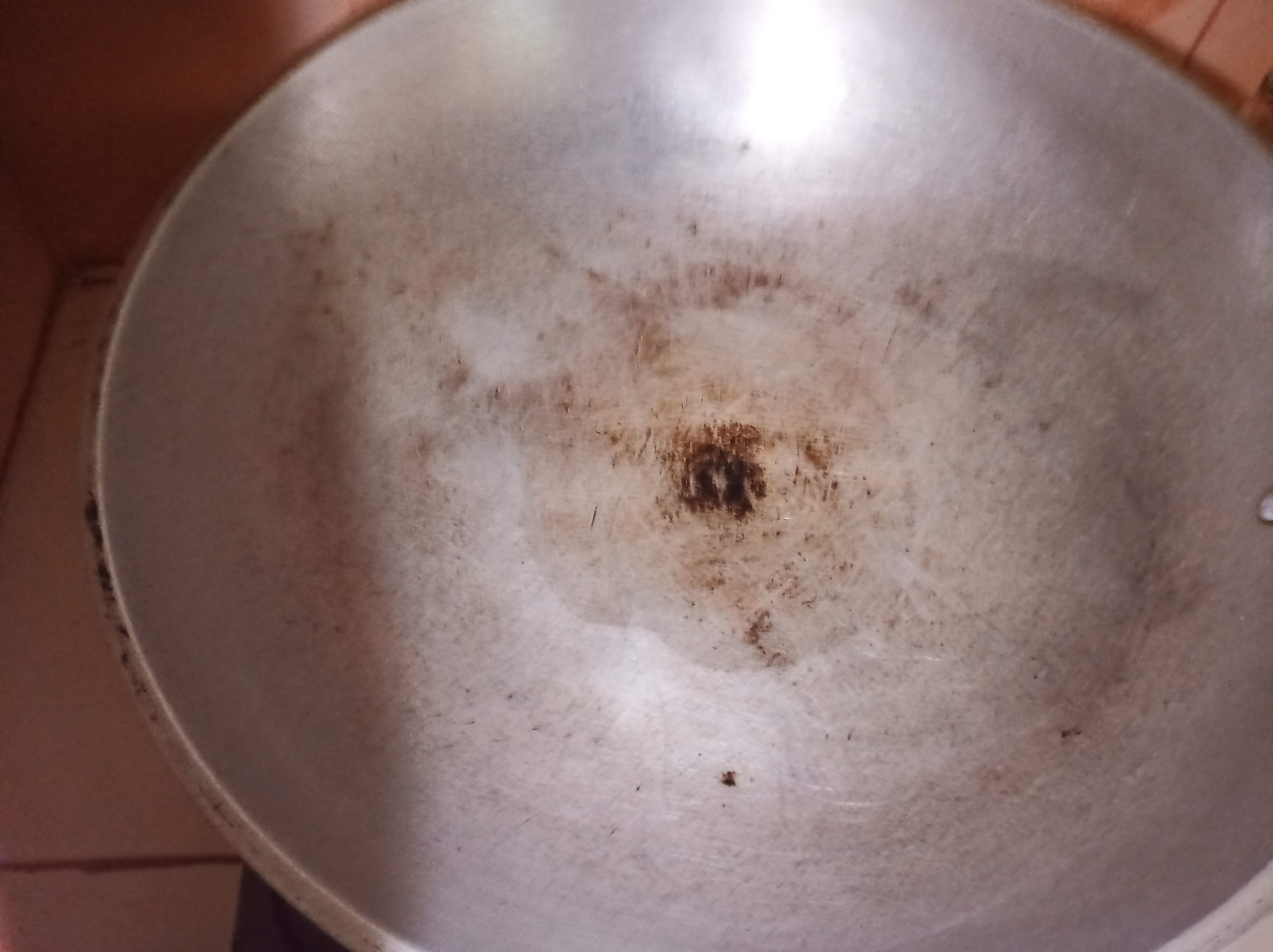 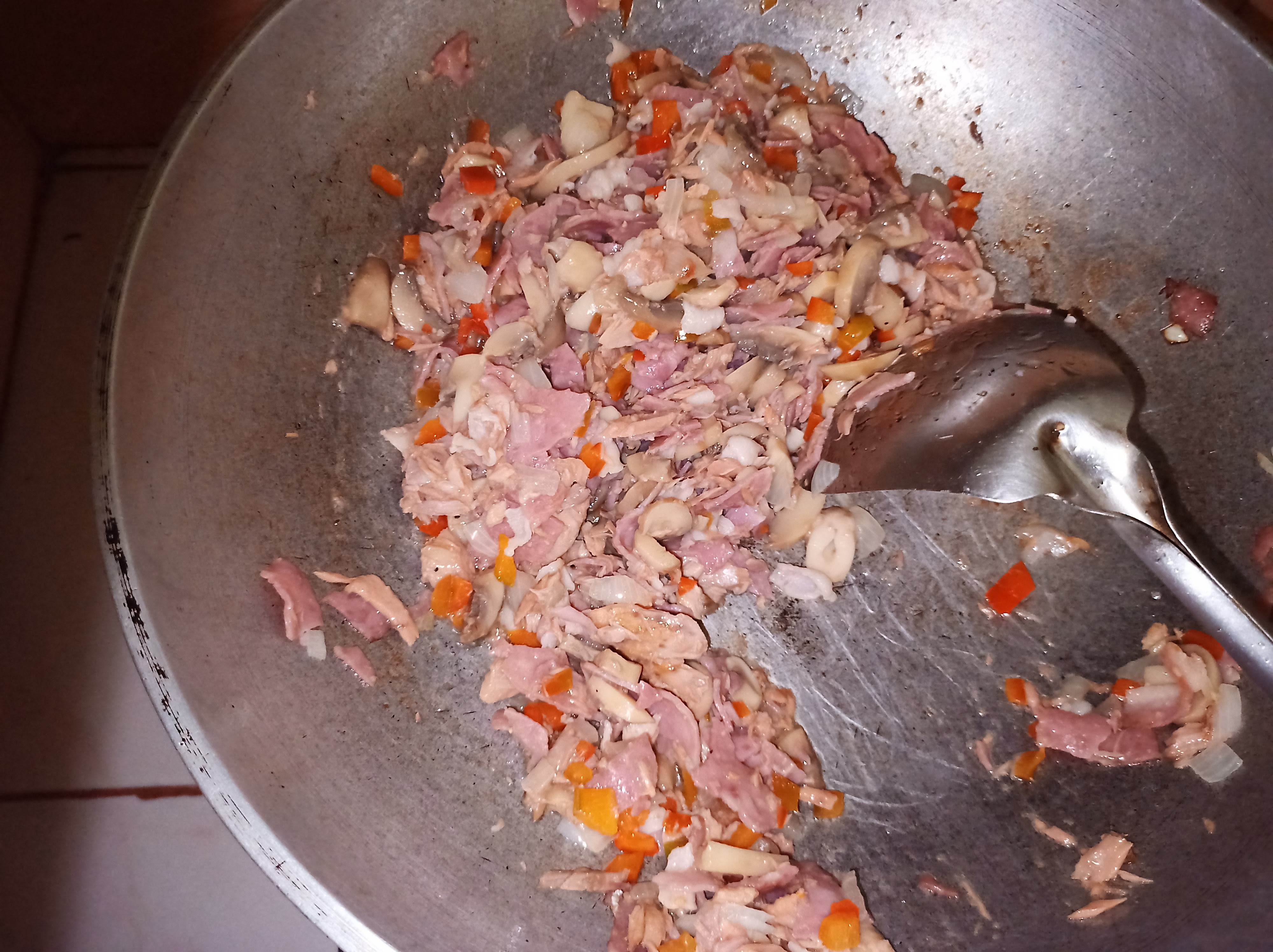 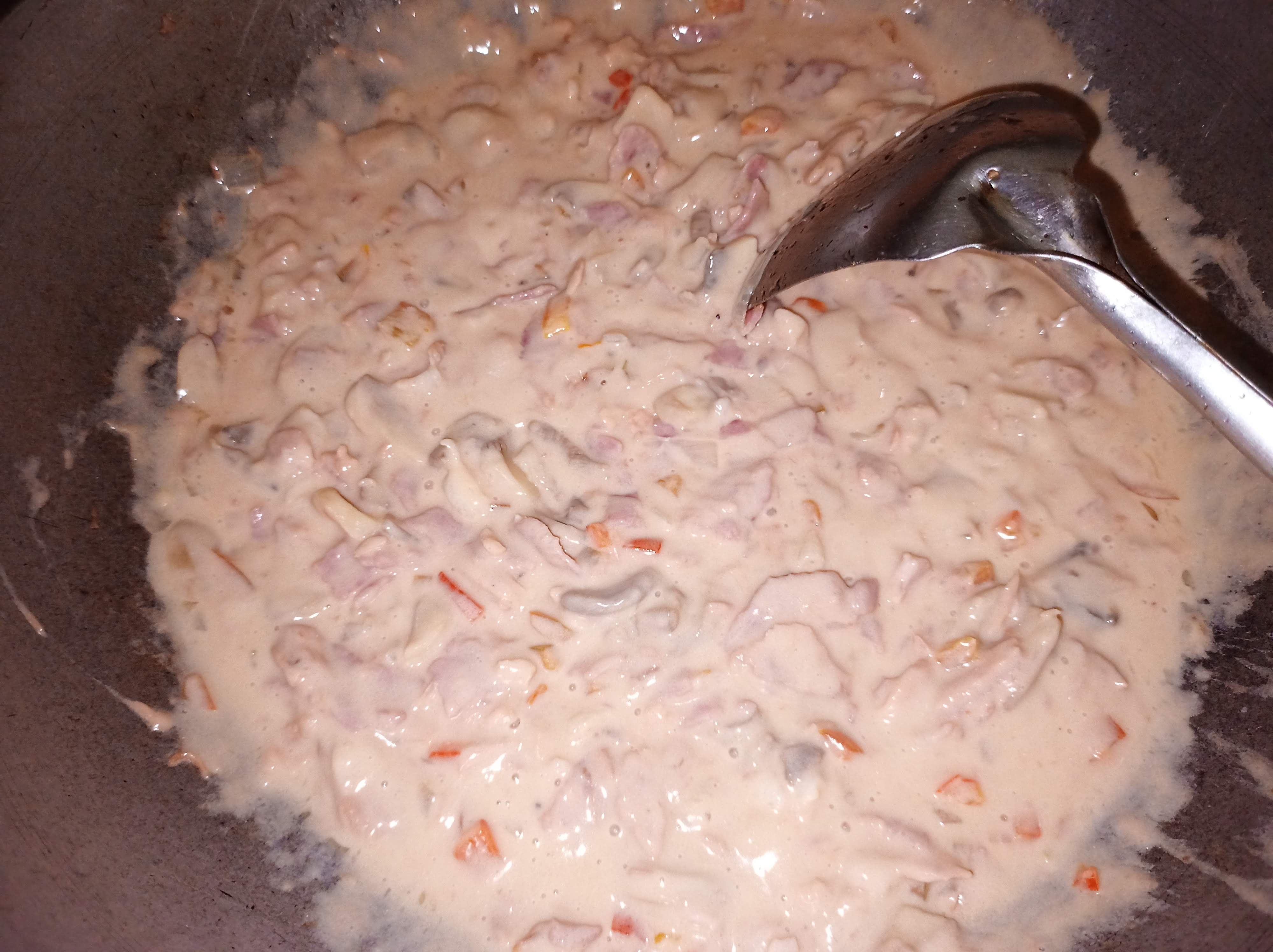 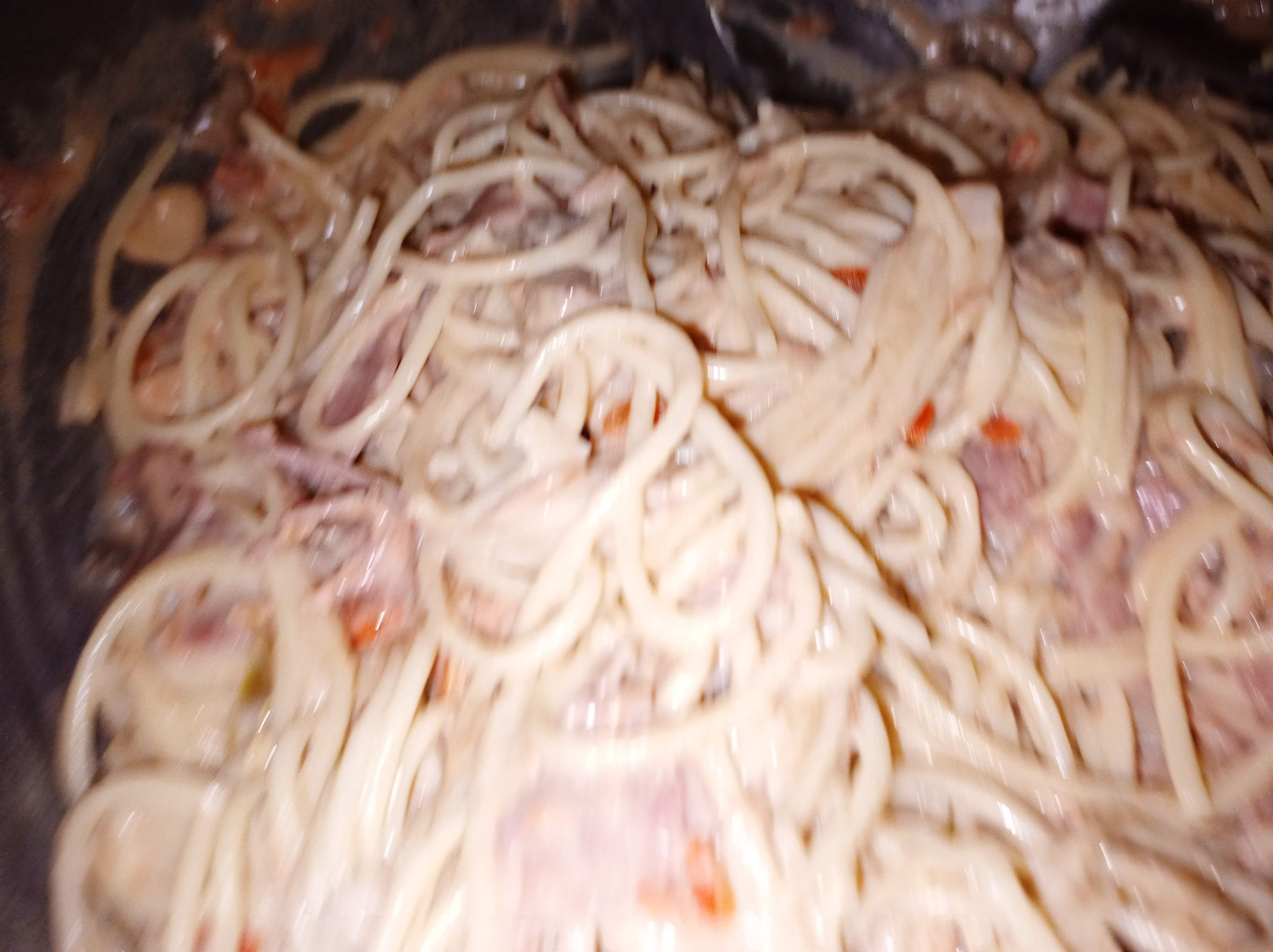 Step 3: Now it's time for the sauce. Add a miniscule amount oil then add the bacon. The bacon has it's own oil so don't ya worry about that. Just add tiny amount of oil to prevent it from sticking. After that add onions, bell peppers and mushrooms. Sauté it well then add the tuna. After 3-5 minutes add the white sauce. Add salt and pepper. Wait until it simmers then add the noodles. Grate some cheese and it's finished. 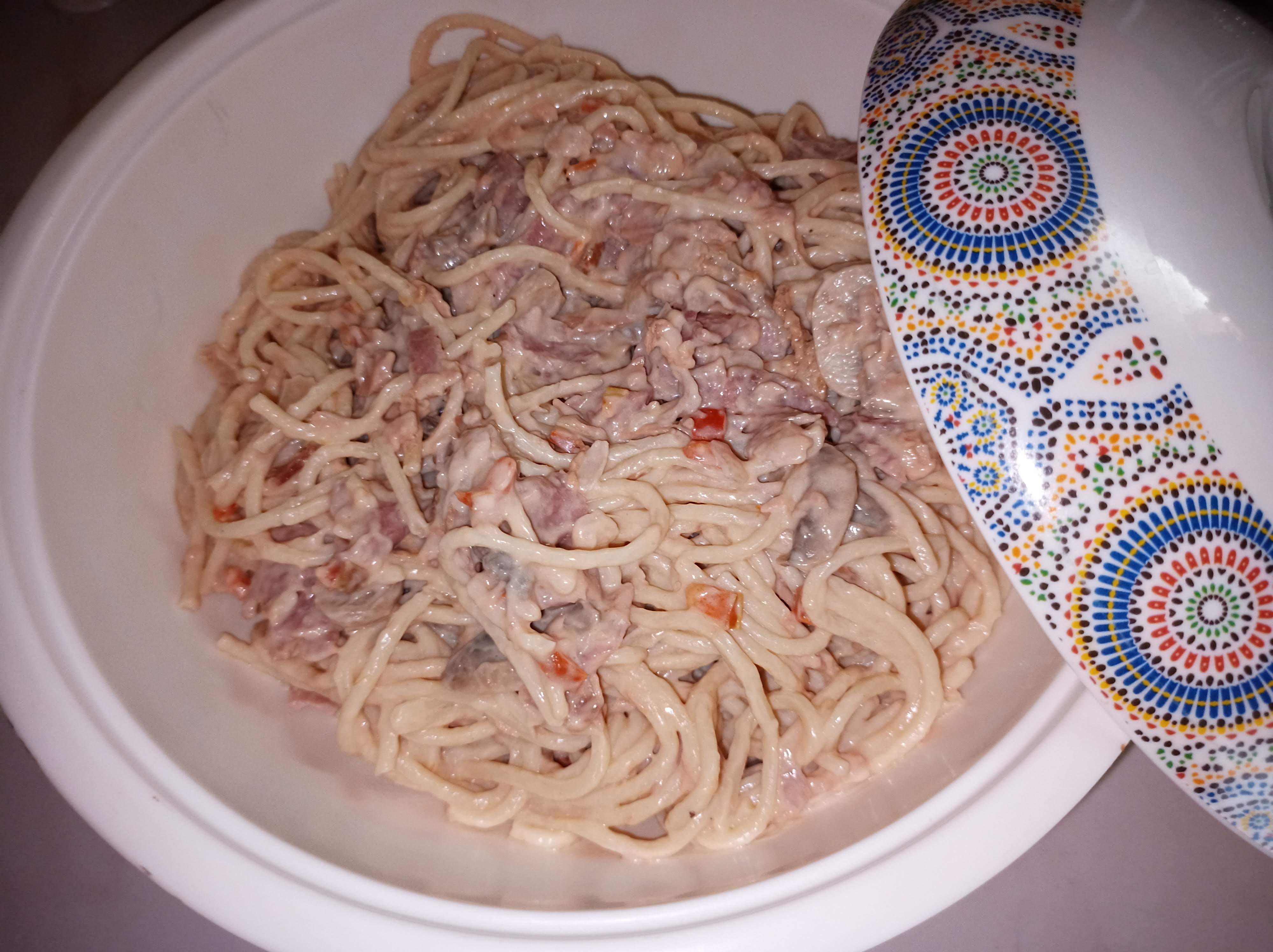 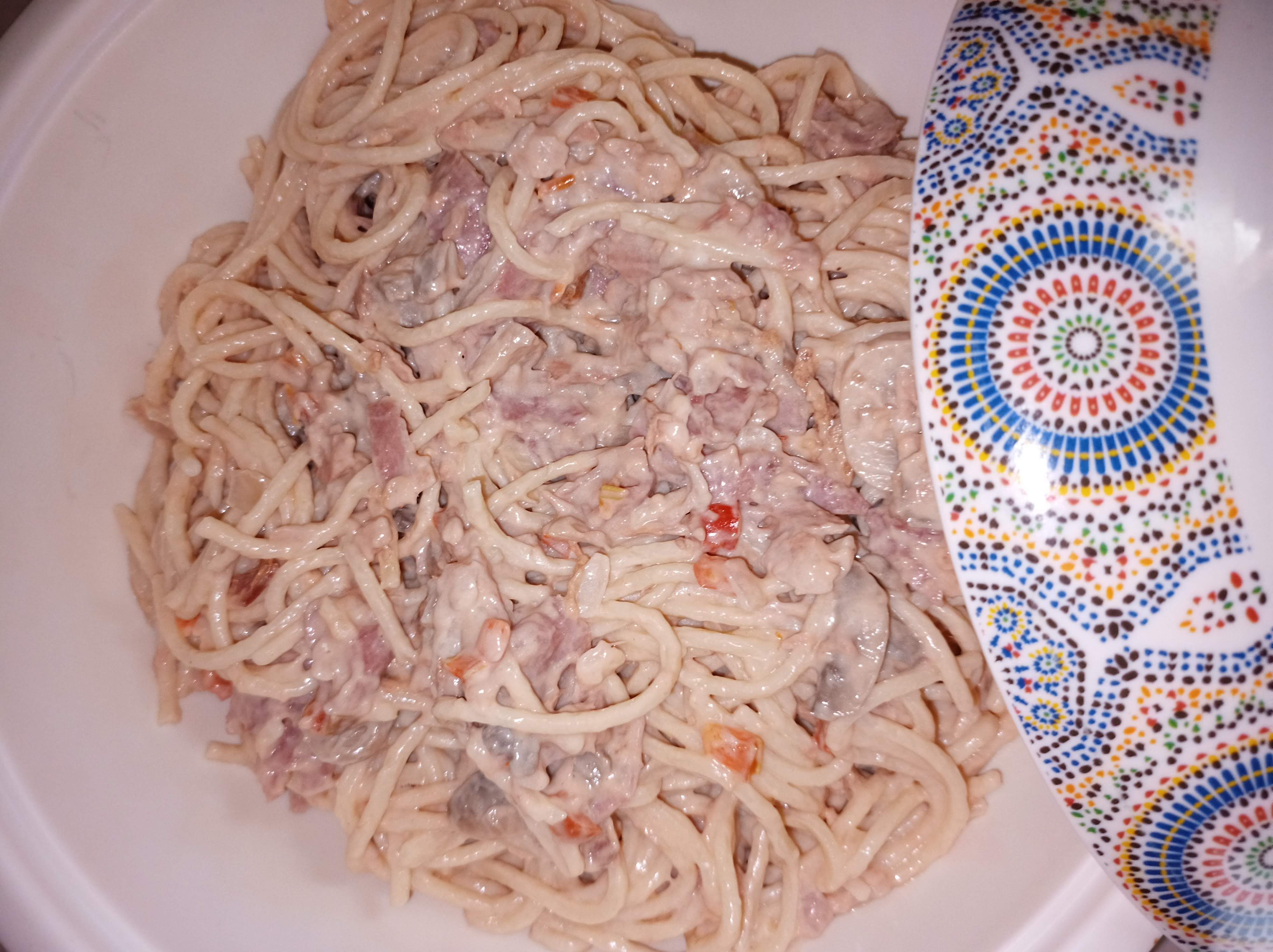 And that's all for today.
Thank you for reading!
Stay safe and have a nice day.