YouTube PURGES everything not in agreement with official narrative on Vaccines

drutter (72)in Informationwar • 4 months ago

Remember YouTube in 2006? Every third video was a 9/11 conspiracy theory. It was great, and a lot of people woke up because of it. 15 years later, and if another 9/11 happened today, discussing it on YouTube (and most other mainstream platforms) would be impossible. There would be no wave of people waking up together by sharing knowledge and video footage. Years ago, YouTube banned (or shadowbanned) any discussion of conspiracy theories like 9/11 (and any such future events). Today, they took it another step in the direction of total communist control, and banned ALL content that does not fit the party line on Covid "vaccines". Anything that isn't in the narrow scope of "truth" and "science" offered by mainstream state platforms will get you deleted, banned, and scrubbed from history. 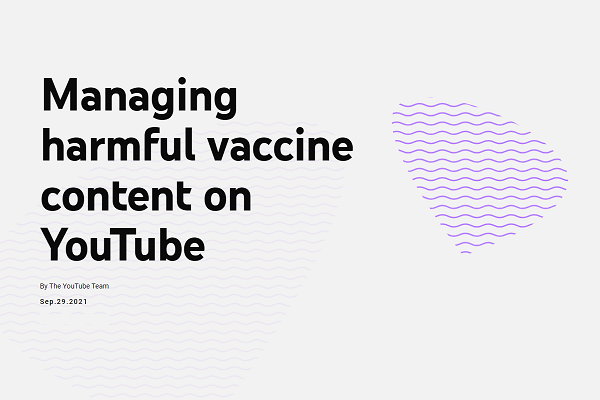 I've talked for years about censorship, warned that it was coming, documented it's encroachment into our world, fought against it. If people can't see it now, they're willfully blind. I've done everything I can do, even coming within an inch of being memory-holed off YouTube for speaking the truth. In recent months, I've stopped posting anything about Covid or the passports, and since that's really the only story worth talking about, my YouTube activity has slowed to a crawl.

But today, spurred by the recent acceleration of tyranny, and the announcement of a new level of censorship on YouTube, I put out this video:

I can't criticize YouTube's new censorship, I can't talk about Covid, I can't even link my viewers to my alternate platforms, since YouTube considers this "spreading disinfo". I can't, without risking my entire 800 videos being removed from history, say anything of importance whatsoever.

All I can do is let them know that everything I've been talking about for 15 years is now in play. Going by comments already being left, at least some of my subscribers know what's up. 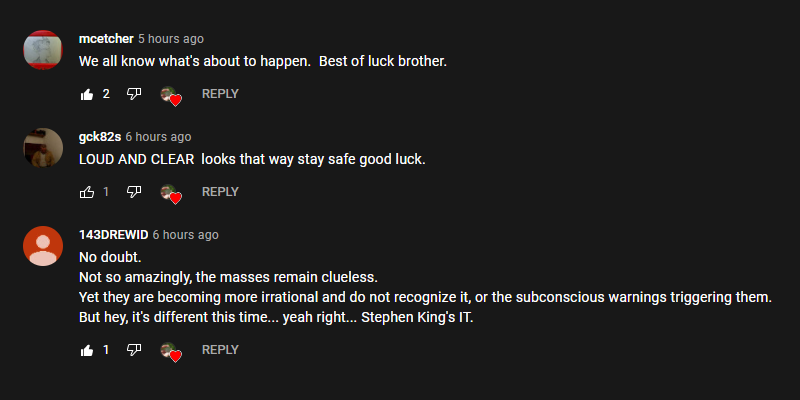 I've tried hard for years to get them to follow me to this blockchain blog, and to my video channels on Bitchute, LBRY/Odysee, Flote, 3Speak, etc. I have 9000 subscribers (even after all the purges and shadowbanning) on YouTube, but only 120 on Bitchute after 2 years of uploads. I have 1600 on LBRY and 300 on Flote. So it has been an uphill battle. It feels pretty terrible when YouTube is censoring and restricting me, the urgency of the situation is rapidly increasing, and my viewers are disappearing. Sometimes it feels like the truly influential voices have been targeted and dealt with - those that can't be controlled are deleted. I know I could have had a much larger impact had I not been held back in various ways.

But I'm still alive, and still conscious. I can still be seen and heard by anyone who wants to hear me, and is willing to dig around a bit to find me.

If 9/11 happened today, there wouldn't be a Loose Change or a Zeitgeist on YouTube. No open discussion in the comment section. No video responses, no friends list, no private messages, no patriot/awake/prepper communities. Just the official story, put out by a few media giants controlled by powerful elites, then parroted by paid whores at the various networks, and commented upon by vacuous "influencer" shills and useful idiots. Exactly as we see with the Covid narrative, right now.

Big tech and the mainstream media platforms are a cancer on humanity.

I've tried hard for years to get them to follow me to this blockchain blog, and to my video channels on Bitchute, LBRY/Odysee, Flote, 3Speak, etc

Why the major players in the game don't encourage this as well is something I can't understand either. It's simple really... if the people take the power away from YT, their censorship no longer matters.

A big problem with a lot of the above sites though is their functionality is pretty poor and since I know there is a huge investment in countering that, until the big bois of the blogging world finally decide to GTFO of YT altogether, nothing is going to change.

There are a lot of sensible voices complaining non-stop about YT censorship, shadow-banning, and demonitization that don't even post to other platforms. It's kind of maddening to me. They have the power if they want it, but they wont take it and sadly I think a lot of this boils down to money.

I purged Youtube except for meditation music and infotainment. When I need real videos, of say protests in Europe or discourse by censored doctors, I go to odyssey or bitchute or something else.

I like your red alert😉...check all the things i'm not saying...😄
Check my suppressed "beauty" 😜 : Haha...Sex sells, you know. 😜
The only videos that reached 4 figures...with suppression.
Without..!?

They're acting like they have to be hard on disinfo because it leads to vaccine hesitancy. But they consider EVERYTHING that doesn't fit their story to be disinfo. It's Orwellian.
ReHived! : )

This has gone beyond Orwellian.
I think more people are going to wake up, simply because they see the censorship.
After all, when in history was the side doing the censoring, the good guys?
!LUV

@greatesteem, you've been given LUV from @hempy.

So much censorship it's beyond a joke.

I hear you bro!!! Loud and clear! YT deleted the 3 hour video of the "Pathologie Konferenz" in Reutlingen, Germany. They found THIS in the dried bull💩 in the B*****H vaxx!!! @dumb-news stated it quite well. They have money and they use it to make it "comfortable using" for the masses. Thus they keep their power and influence. Money makes the world go around... :/ !LUV !PIZZA 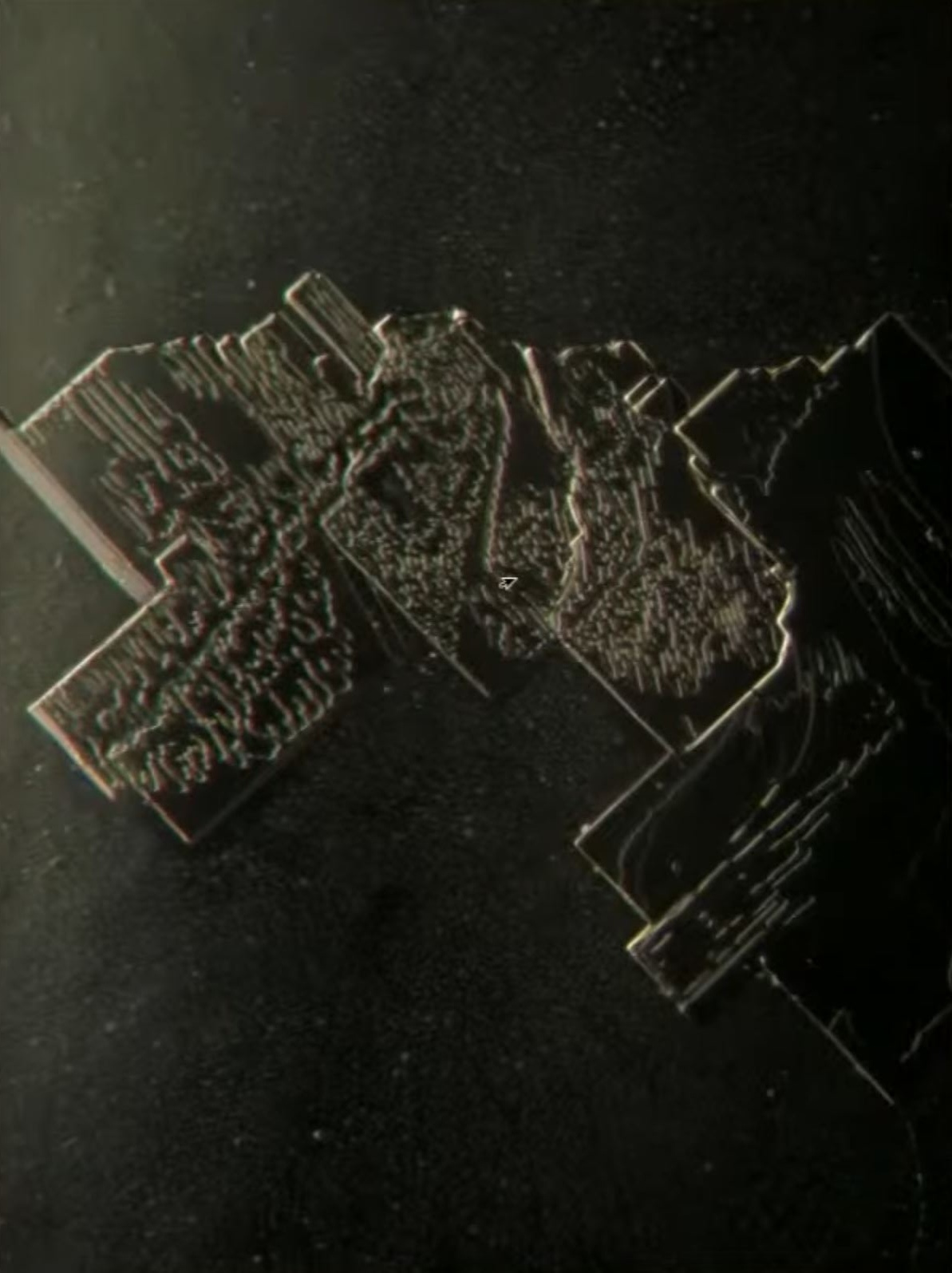