How The Hive Fork Manager manage The Hive micro-forks 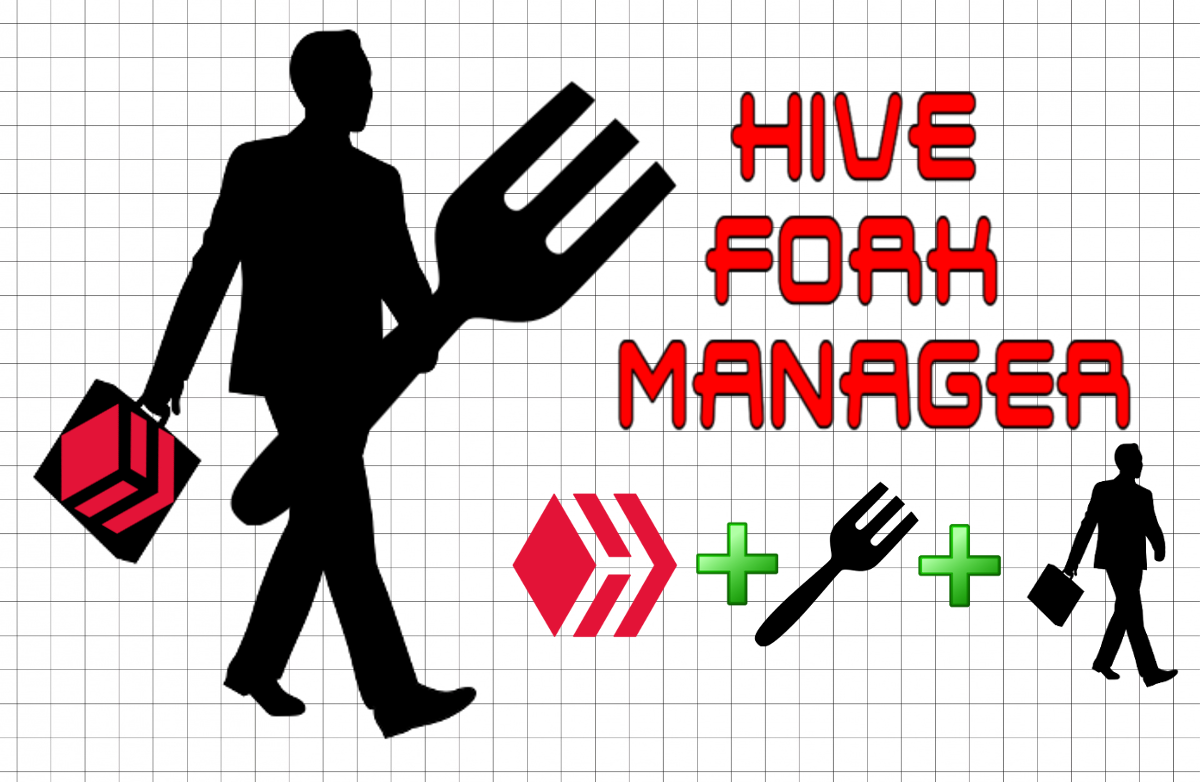 There are situations when The Hive blockchain has to choose which of two valid but different blocks and their descendants should be included in the chain, and which will be abandoned. The consensus algorithm solves the micro-fork problem, one queue of blocks will be abandoned and not visible in the blockchain, but what with the applications which already have built their state based on the abandoned blocks? The applications must solve this not trivial problem on their own, fortunately, The HAF introduced a common, generic solution for the applications based on the Postgres database - automatically restore the SQL tables to state before the micro-fork occurrence.

How to rewind changes in SQL tables if they are made based on abandoned blocks?

The answer is simple: remember each change and revert them, if they are based on abandoned blocks. Let's move through an example:
We have a protocol ( described by JSONs in CUSTOM JSON transactions ) which have three instructions:

Now we are getting blocks one by one with our protocol commands encoded in CUSTOM JSON transactions and content of the table after issuing the requested commands:

How does Hive Fork Manger remember changes in tables?

Each table that is under the control of Hive Fork Manager has its shadow - a shadow table. A shadow table contains information about the changes for each row of its original version. We can distinguish only three operations that encompass any possible actions on any SQL tables content: we can create a new row, we can update already inserted row or we can delete the row. It means we don't have to bother with commands specified by the protocols (like in example insert, increment, remove), all cases can always be a presenter as the 3 basic edition operations. For the example we got the content of the shadow table:

Ok, but how to match saved changes with a row in the original table? In our example, it is quite easy, since each row has its unique ID, but this is not the case for every table. After a series of experiments, there was a decision to require any controlled table to inherit from some special table - a context base table, which each application got during registration in The Hive Fork Manager. A context base table introduces a new column hive_rowid for each table inheriting for it, the value of this column is saved together with changes in a shadow table. Moreover, it is important to have a saved blocks number, for which the change occurred, any shadow table has a column with a block num. So for our example, the shadow table looks as below:

Ok, we have a shadow table, and now what?

If the Hive node will notify about abandoned blocks, then we can execute an opposite operation for each operation saved in a shadow table in reverse order of their occurrences.
For our example, let's imagine that the hive node informs the Hive Fork Manager about abandoning blocks 100, 101, and 102, in such case we execute operations in the order like below:

Tada! All changes on table numbers made based on abandoned blocks 100, 101, and 102 are reverted! You can check the implementation here, the function hive.back_from_fork_one_table is the entry point to the algorithm.

Hmm, there is possible to do this much faster!

Instead of reverting each change in blocks one by one, it is better to back to the row state before the first abandoned block. In our example, it means simply removing the row with id 1 ( only 1 operation instead of 3 )! Indeed this algorithm is very fast, moreover, it was implemented in Hive Fork Manager, but because of some constraints in Postgres implementation it was replaced with a slower version with commit

Why do we use a slower version of the rewind algorithm?

Because of constraints, SQL constraints can be applied on the SQL tables, for example: UNIQUE. If we made a small modification to the table definition in our example:
CREATE TABLE numbers(in SERIAL UNIQUE, number INTEGER UNIQUE
Now the numbers cannot repeat in the table. We can imagine situations when back to a state of rows may temporary violation the UNIQUE constraint during the rewind process, and the whole process will fail, even when at its end the constraint will be achieved:

We got a shadow table:

Let's imagine that blocks 101 and 102 become abandoned and we run the fastest rewind algorithm and the first row with hive rowid = 1 is reverted what means update its value back to (1,33) -> It violates UNIQUE constraint for a value, now row 1 and 2 have value 33 and the SQL command will fail( there is a test to check if HFM will correctly work in such a situation). The fastest algorithm omitted constraints by using the Postgres feature 'SET CONSTRAINTS', which forces evaluate constraints during committing a transaction, not immediately during modifying a table. We have resigned from the fastest rewind algorithm because a constraint must be deferrable to be evaluated at the committing time what is inconvenient and disallow to use such a constraint to resolve 'ON CONFLICT' SQL construction what is described here in the database documentation:

Note that deferrable constraints cannot be used as conflict arbitrators in an INSERT statement that includes an ON CONFLICT DO UPDATE clause.

I have checked my notes to remind myself how much faster was the fastest algorithm against the current one, here are the results of measurements for 10k of rows:

It means that the current algorithm is five times slower than the fastest! But we decided that the current speed is good enough to efficiently rewind changes by The Hive Fork Manager. If You are interested in what was really tested here are the performance tests for rewind insert,delete, update and truncate rows.
The Hive Fork Manger still suffers for the requirement for deferrable constraints, but only for FOREIGN KEY constraints. In one moment only one table can be rewind, and it may violate those constraints which are set between two tables. Narrowing the requirement only for FOREIGN KEY is less problematic for the applications than demanding all the constraints to be deferrable.

How the shadow table is filled?

The tables triggers are used to fill shadow tables. If a table needs to rewind its content in the case of micro-fork, then it must be registered in The Hive Fork Manager. During registration, the table got its shadow and a set of triggers is enabled on the table. The triggers are sensitive for the table content modification, and each change fires a procedure that fills the shadow table with a new row. You can check what exactly happened during a table registration by looking at the function hive.register_table. The applications don't execute the registration function directly, they need to add inheritance from its contexts tables, which will add hive_rowid column and automatically start hive.register_table function.

Will a shadow table grow forever together with each change to its origin table?

That's all for today

I hope the post may help applications developers to understand why the HAF API looks as it looks, and how the performance of the application may be hitten by the internals of the Hive Fork Manager. There is no explanation of how the HFM knows on which block the change saved in a shadow table occurs, I will explain this in the next post about how the HFM passes blocks to applications for further processing.

If You want to start to write Your first HAF application, then please look at my post about the Hive Fork Manager documentation.

Here is my personal proposition of The Hive Fork Manger icon :) 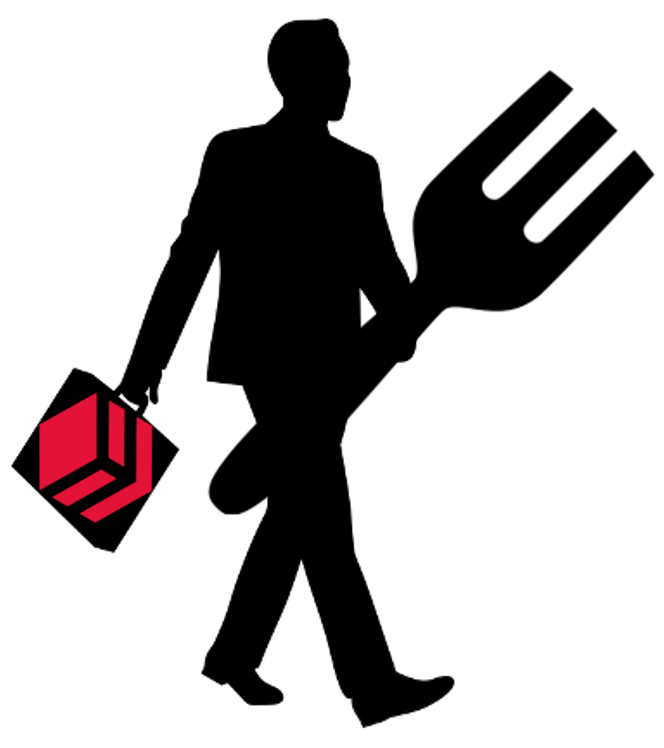 Congratulations @mickiewicz! You have completed the following achievement on the Hive blockchain and have been rewarded with new badge(s):