juecoree (69)in STEMGeeks • 5 months ago

In this text, we provide a solution to this scenario: 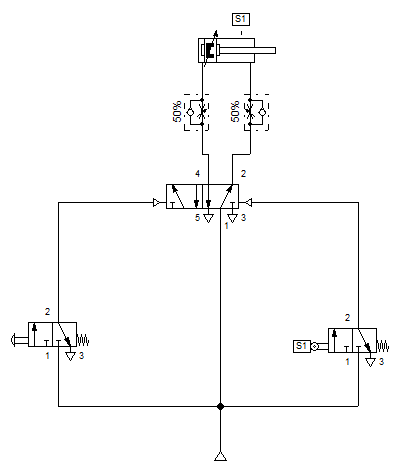 The circuit is built in accordance with indirect control with one key difference is the placement of an acknowledgement sensor. The 5/2 way directional valve, pneumatically actuated, with the sensor provides the memory circuit equivalent in pneumatic. This allows full extension of the double acting cylinder even the push button is release half-way through the process. 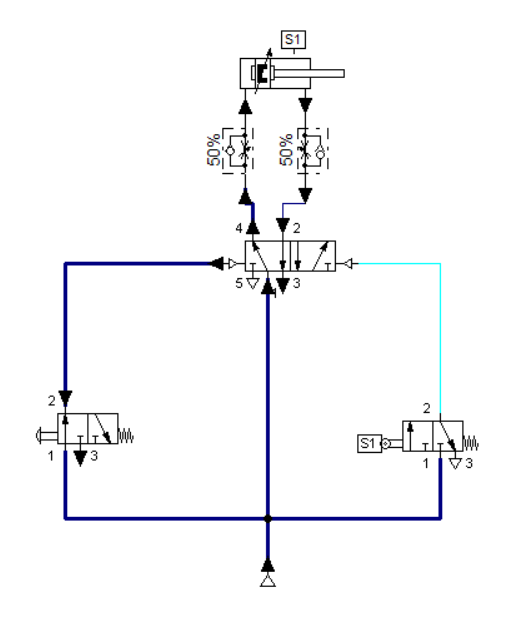 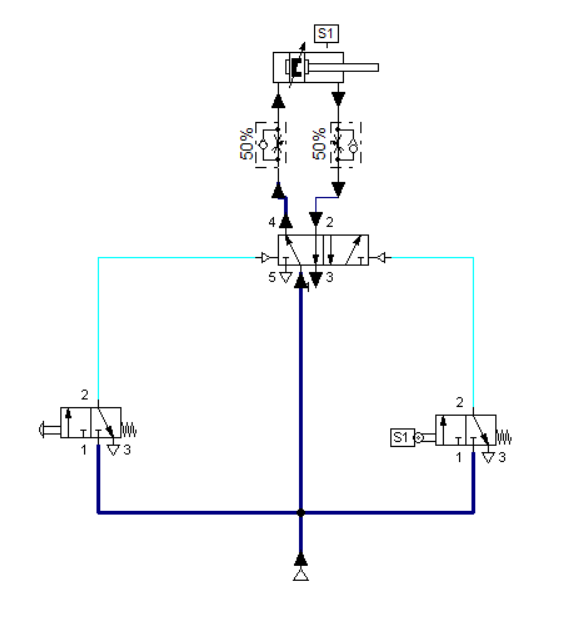 Figure 3: Push button is released half-way the extension of the cylinder 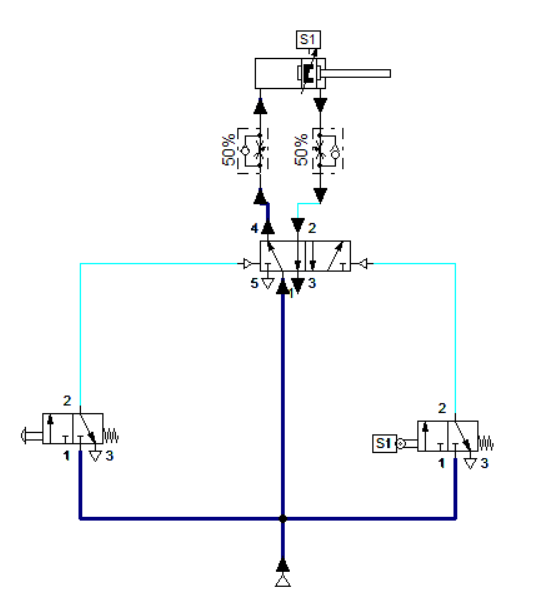 Once the push button is actuated, a signal is applied at port 14 of the 5/2 way directional control valve. The 5/2 way DCV switches from a closed state to an open state across port 1 to 4. The pressure applied at the piston side of the cylinder causes the piston rod to advance and full extend. When the rod reaches the limit switch S1 (sensor), the limit switch S1 is actuated and a signal is transmitted to port 15 of the 5/2 way DCV. This causes the rod to retracts. The speed at which the rod retracts or extend is set by adjusting the flow control valve. After each input 3/2way directional valve (with push button and limit switch) is released, the 5/2 way directional valve has no pressure and returned to initial state. The use of a double pilot on 5/2 way DCV ensures that the switching position does not change.

The 5/2-way directional valve with double piloted defined the required memory function. The valve retains its last switched position until an opposing signal is received. This characteristic is independent of the time period, for which the signal is applied to the switching valve. The one way flow control valves control the cylinder speed in both directions and are independently adjustable. Since the displaced air flow is restricted in each case, this is an exhaust air flow control.