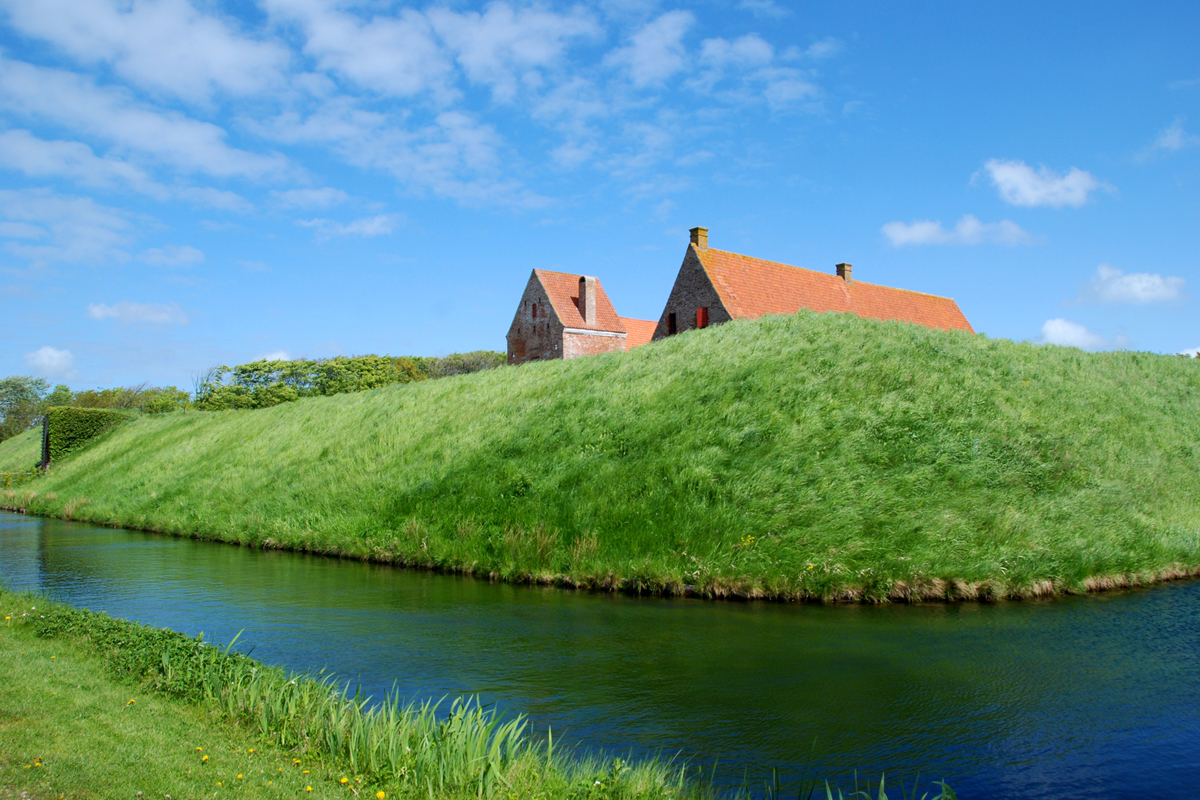 When I imagine a medieval castle, I imagine a castle that has both moat and drawbridge. It should have high, narrow towers where I can imagine the princess sitting sewing. Dungeons in a dark basements and scary sounds will certainly speed up my imagination... a ghost story or two is also apropriate. 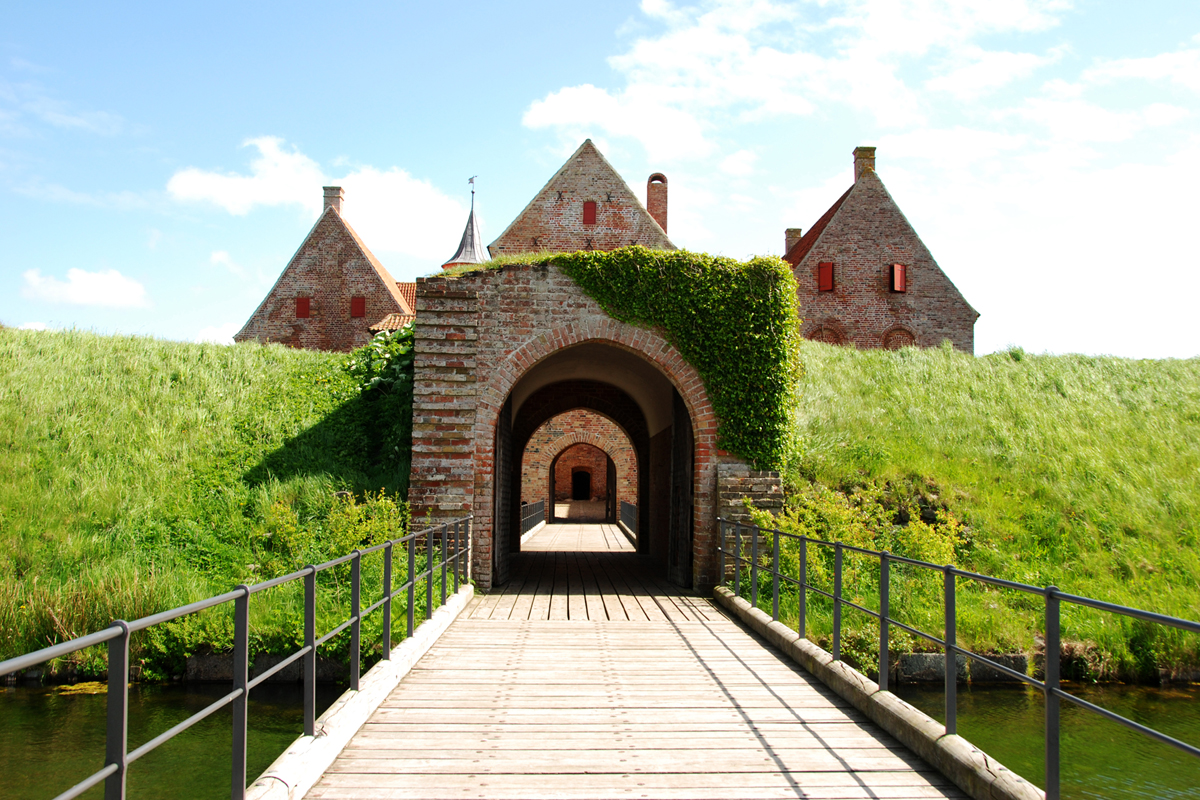 If you are driving through Denmark, you can not avoid driving past beautiful, medieval castles and stately mansions. There are close to 600 castles, once inhabited by kings and queens. Denmark is actually one of the oldest monarchies in the world. One of the more wellknown castles is probably Kronborg Castle, that is known as the home of Shakespeare's Hamlet. I no longer remember the names of all the castles and palaces I have been to, but there are many. As a child, I visited many of them together with my parents and siblings. As an adult, I have been back to some of them, like Spøttrup. A lovely, but rather small medieval castle. 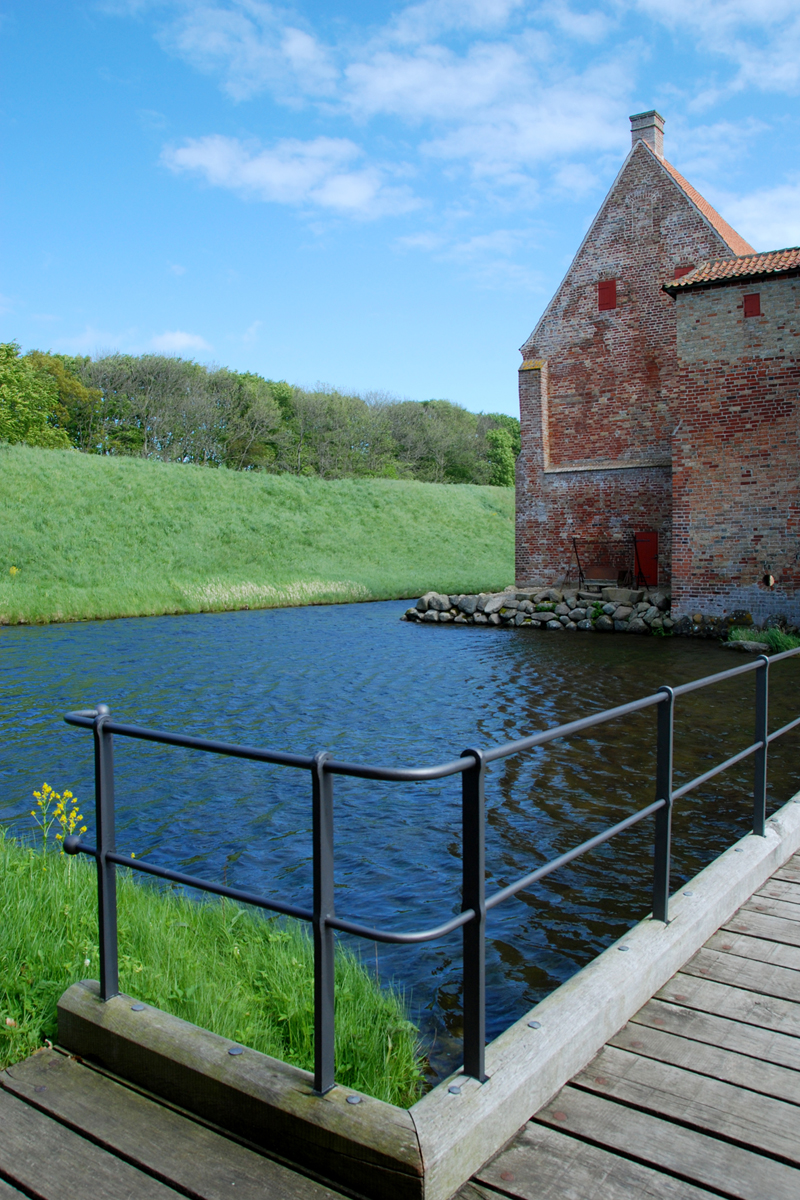 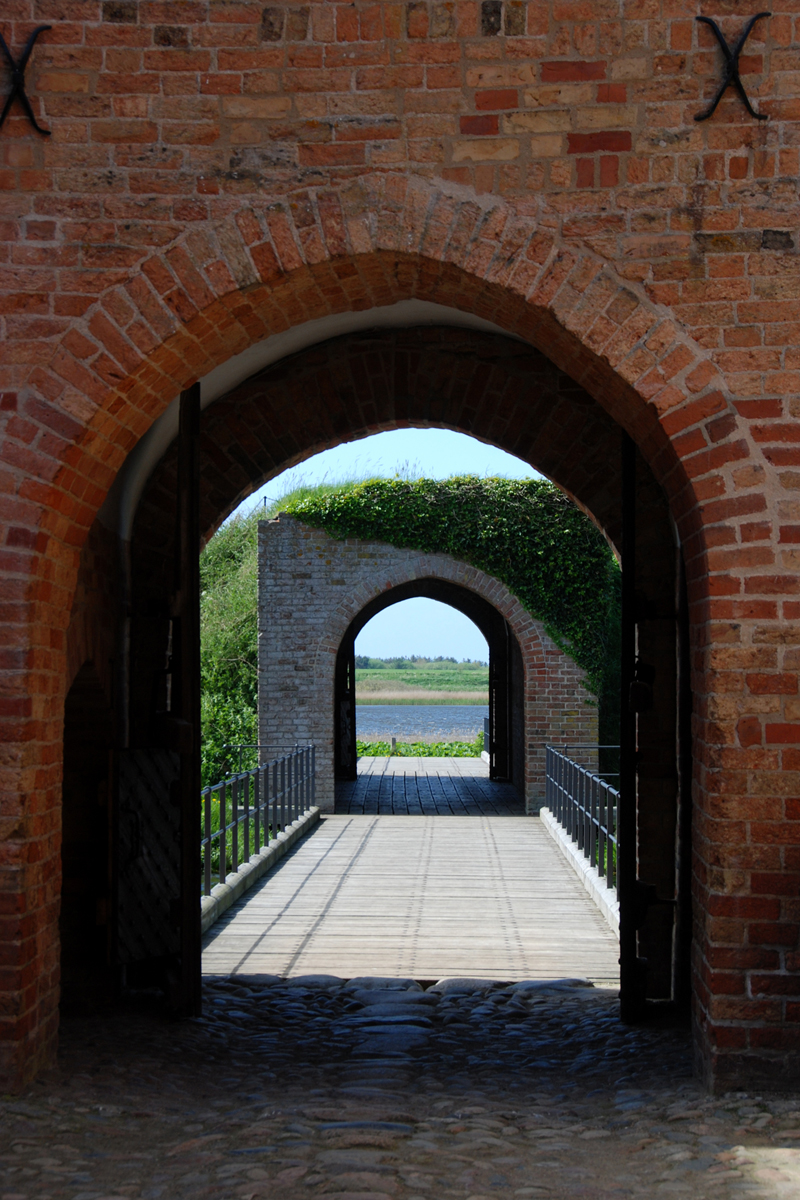 Spøttrup Castle is from the 16th century and one of Denmark's few preserved castles from the Middle Ages. It is also one of the oldest. Although it has had many owners, the state finally took over in 1937 and has converted it into a museum and thus open to the public. 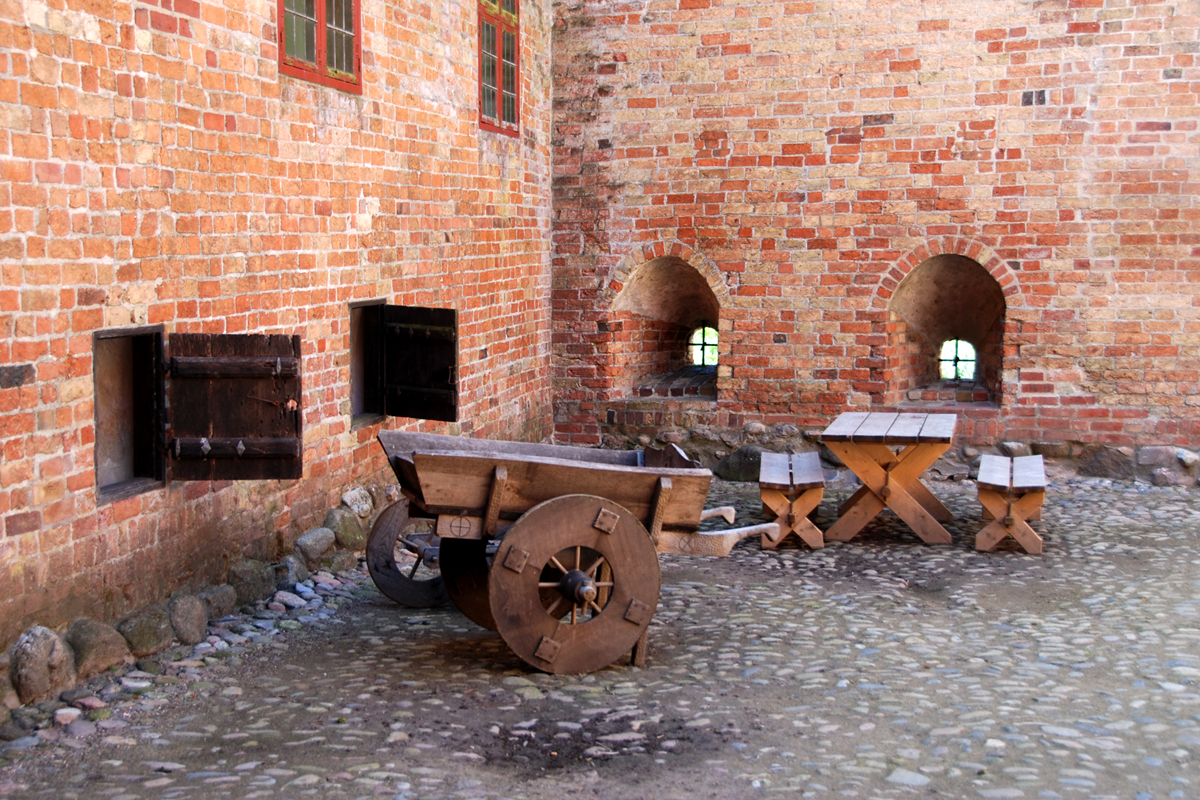 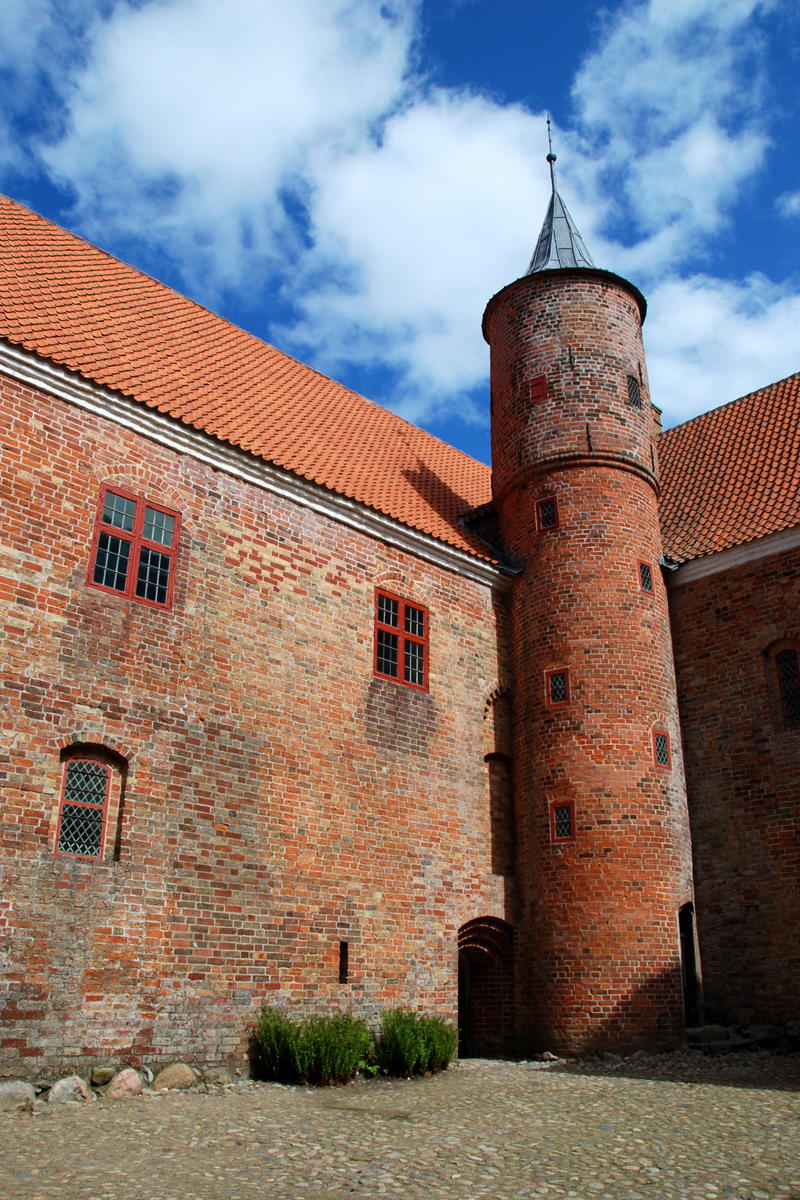 After we had parked the car, we approached the castle and crossed the moat using the drawbridge. Both are so typical of the Middle Ages. Both the 9 meter high rampart and the moat must have provided a good protection against enemies, because the castle was never taken by any enemy. 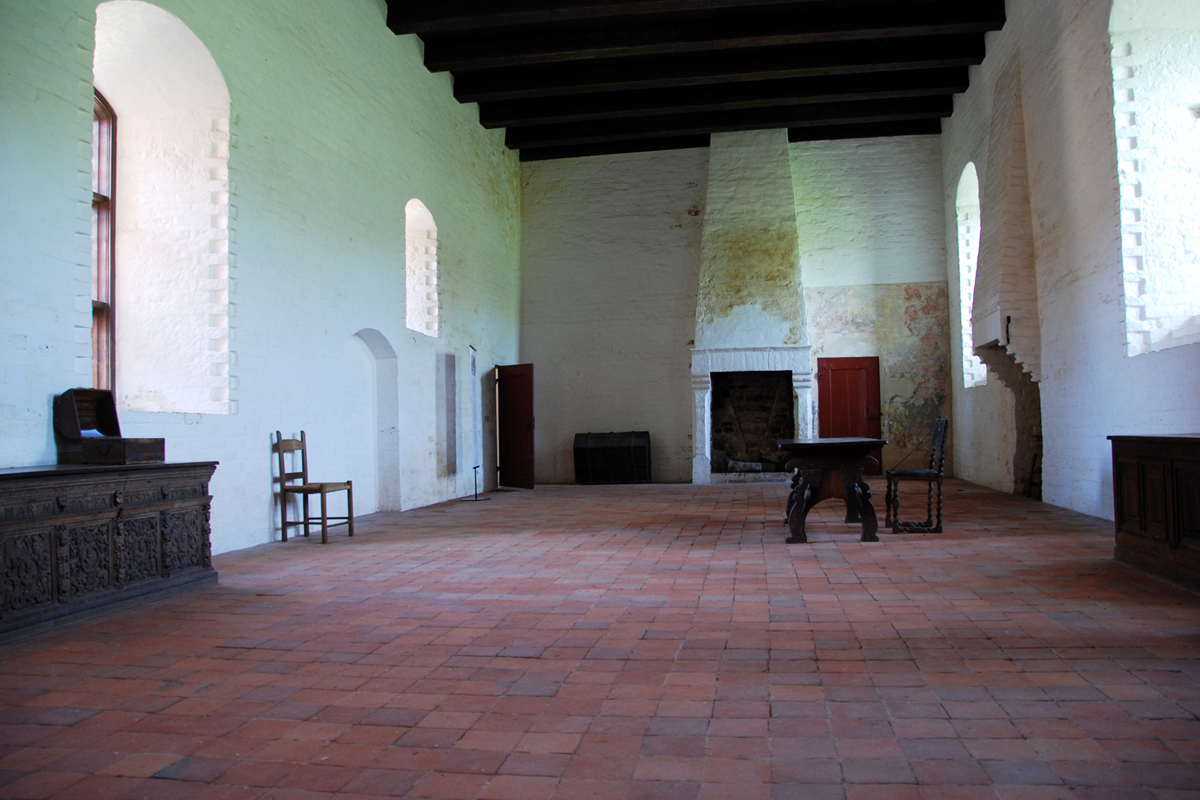 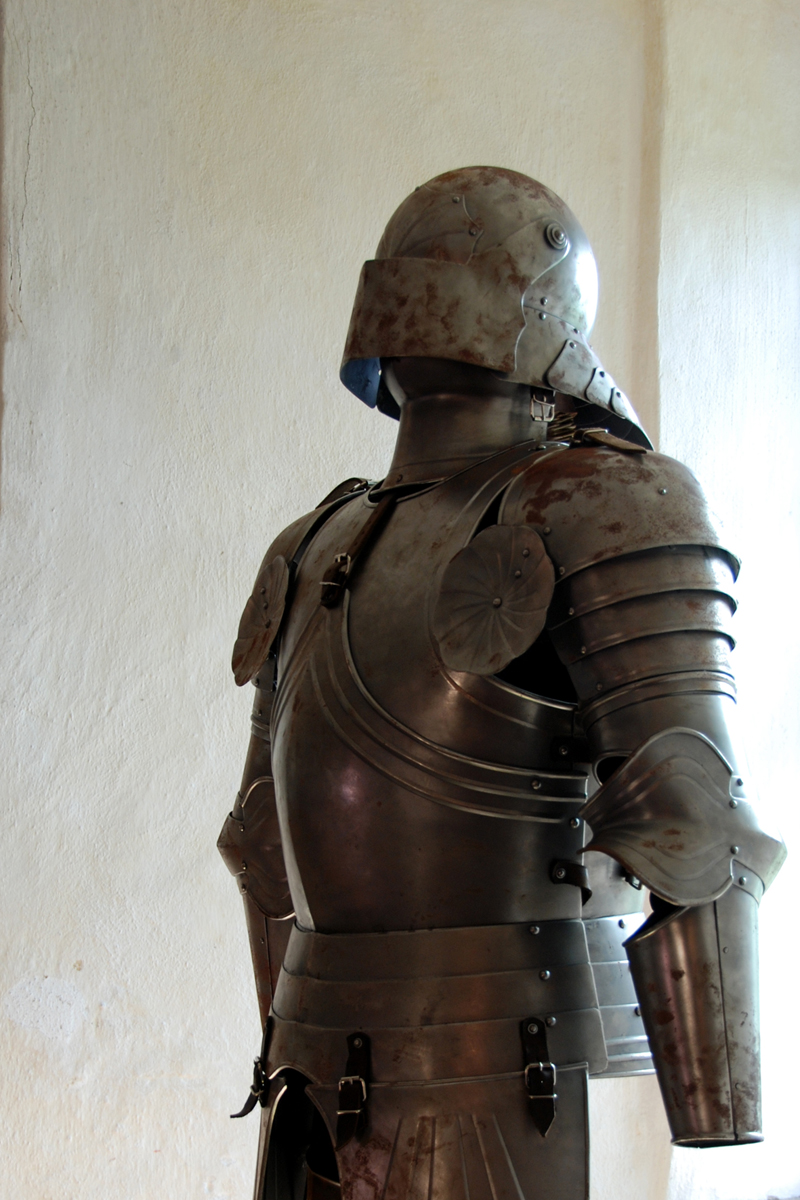 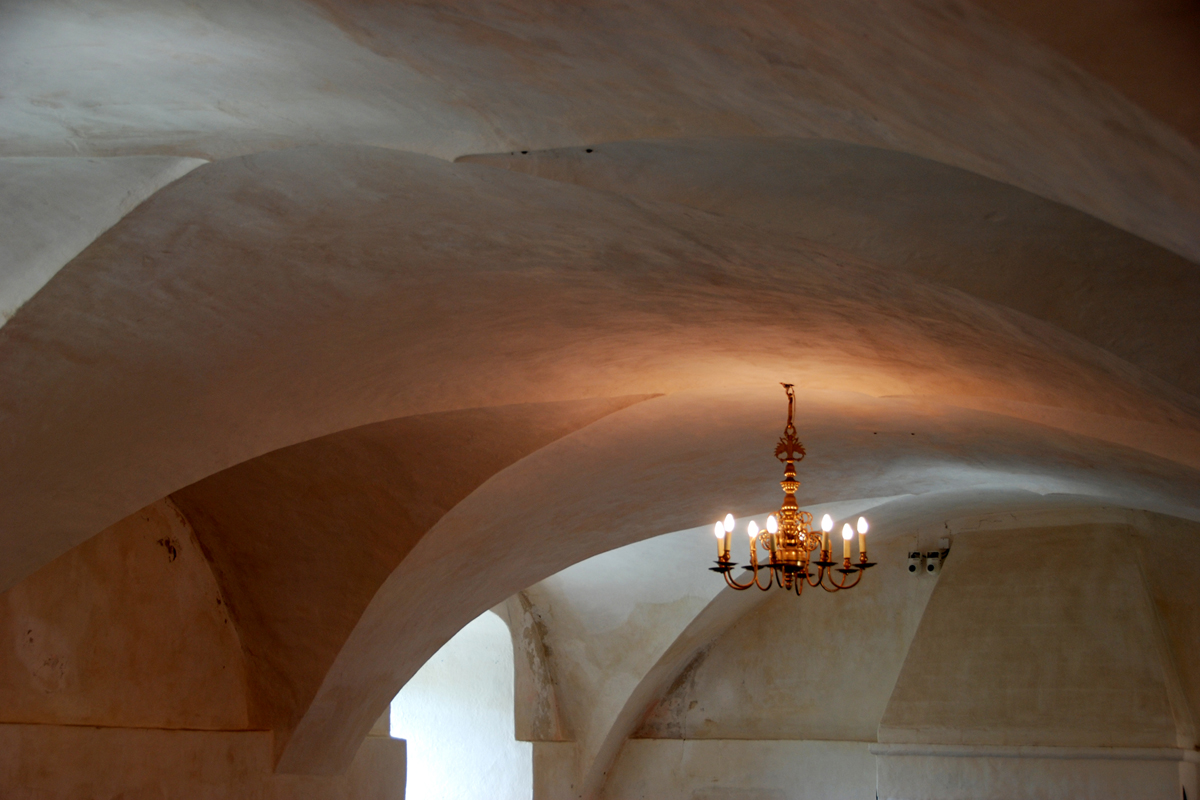 The castle is in good condition, both inside and outside. Seeing the castle inside, gives a good idea about how daily life in a castle must have been like. Several rooms are open to visitors. 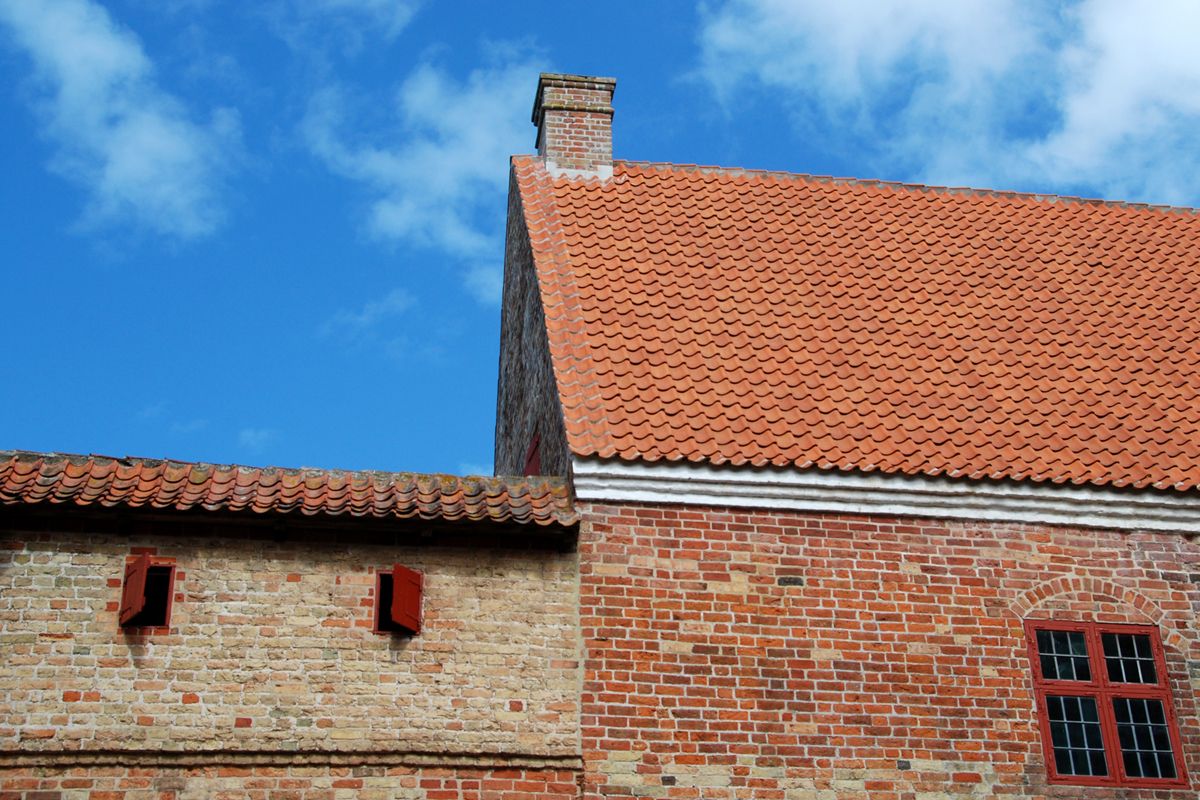 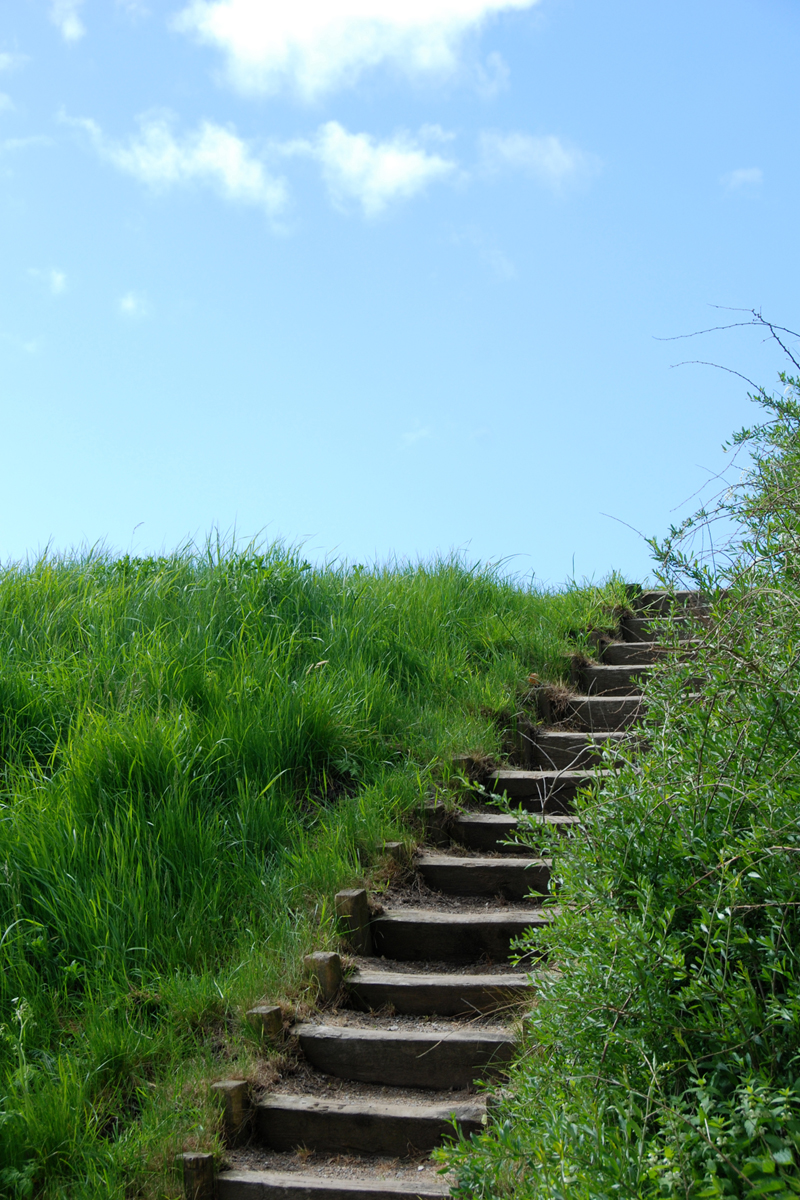 Before we left, we took a walk on the rampart all the way around the moat. The landscape is open and flat. We got a good view from up here. 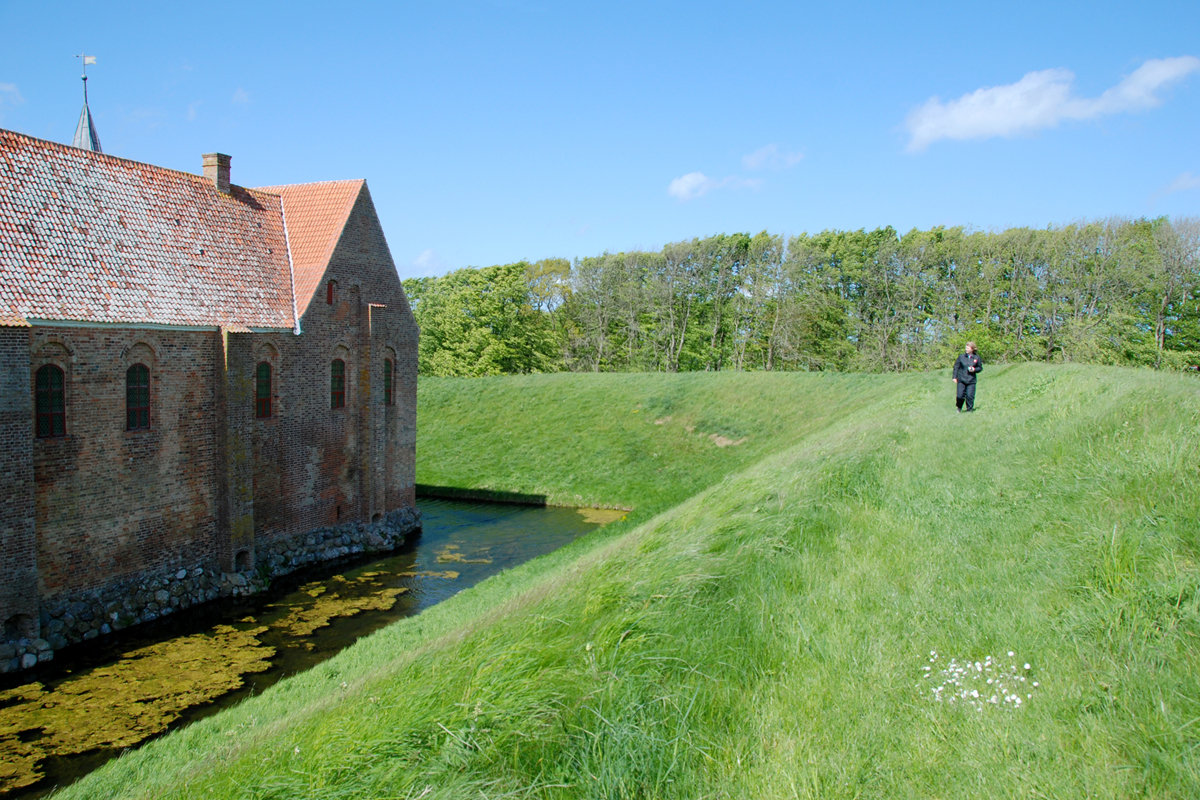 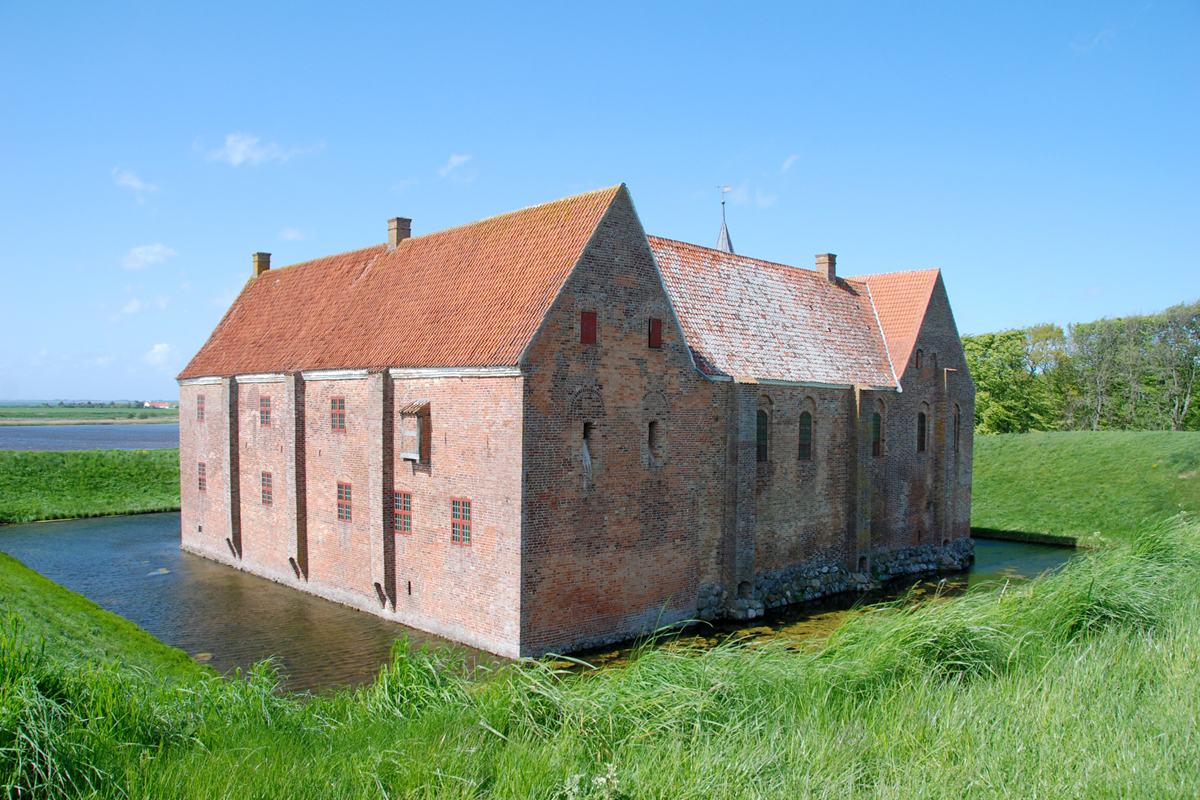 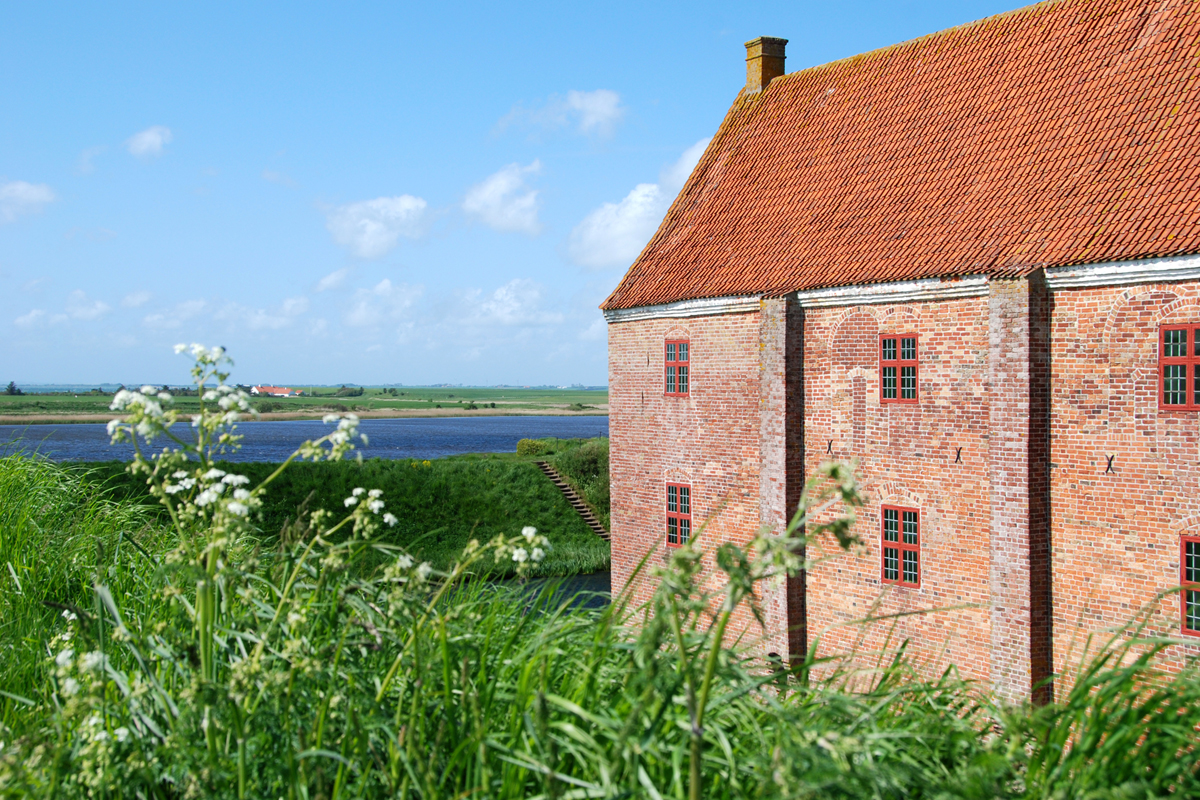 Every castle from that time also has gardens. Herbs were grown for medical use and maybe witches grew their remedies here too.... 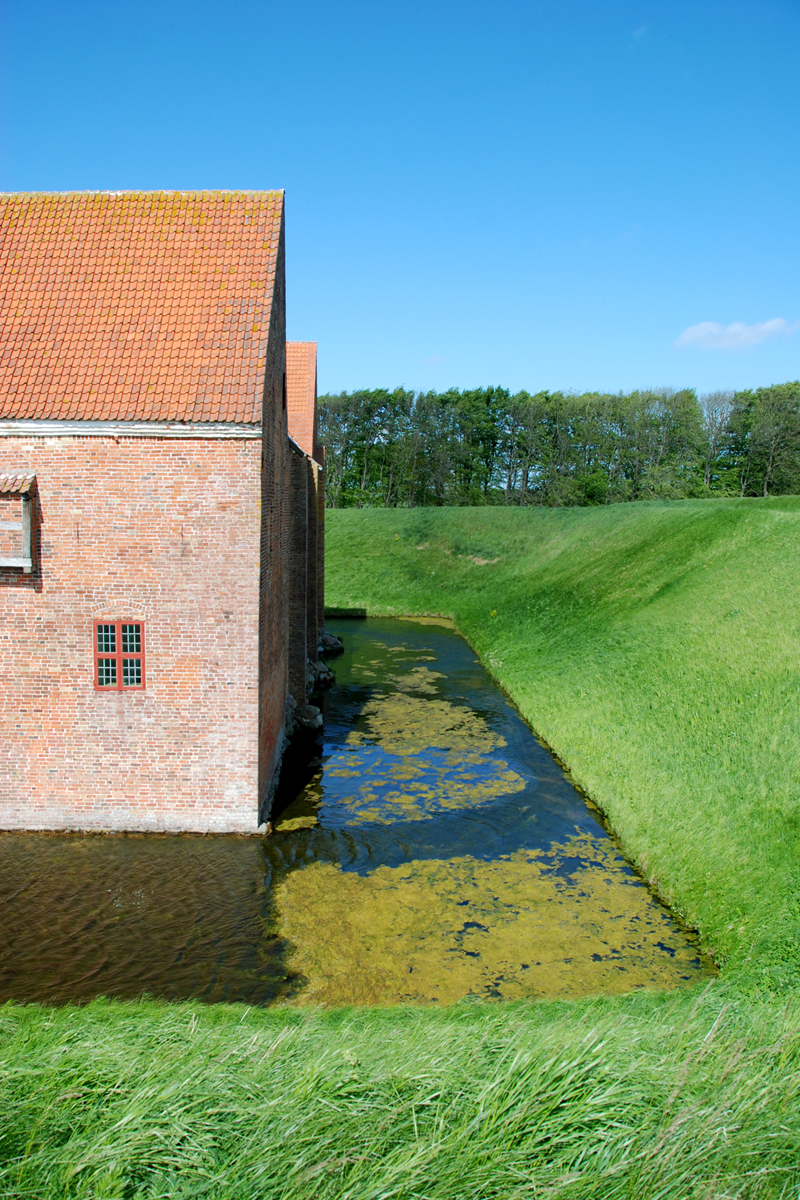 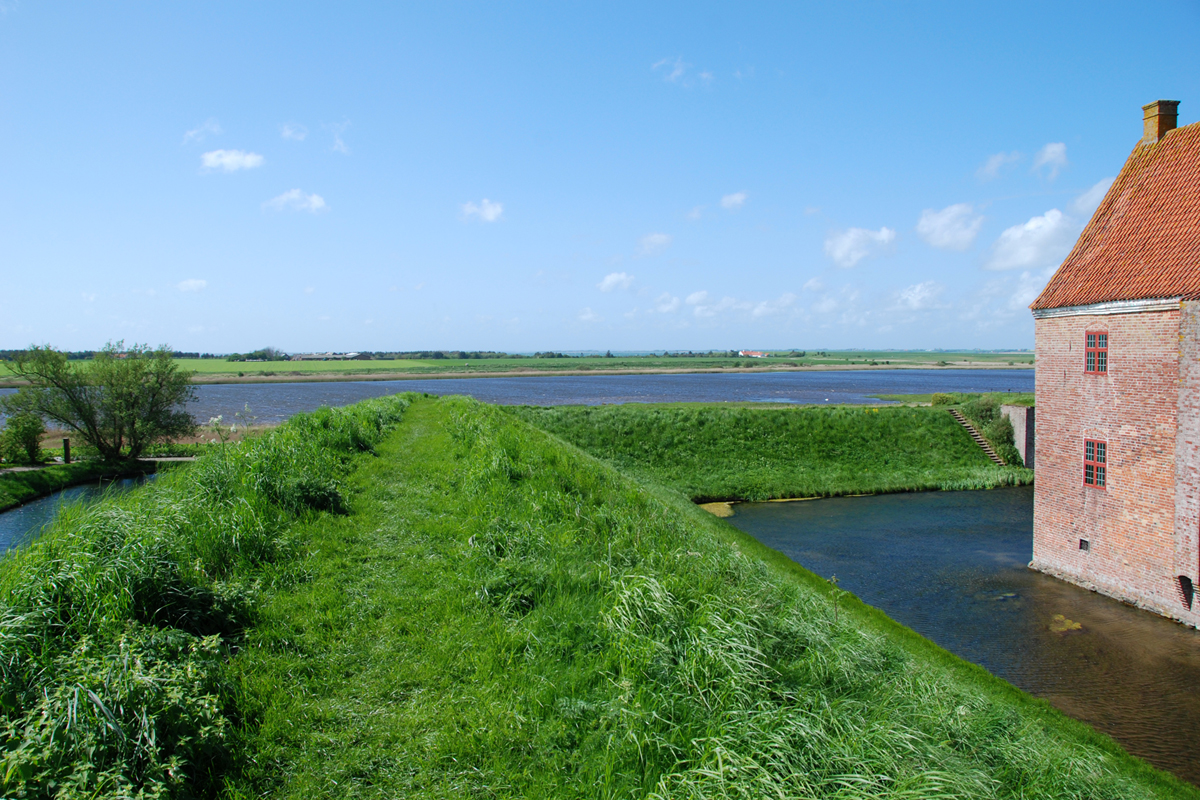 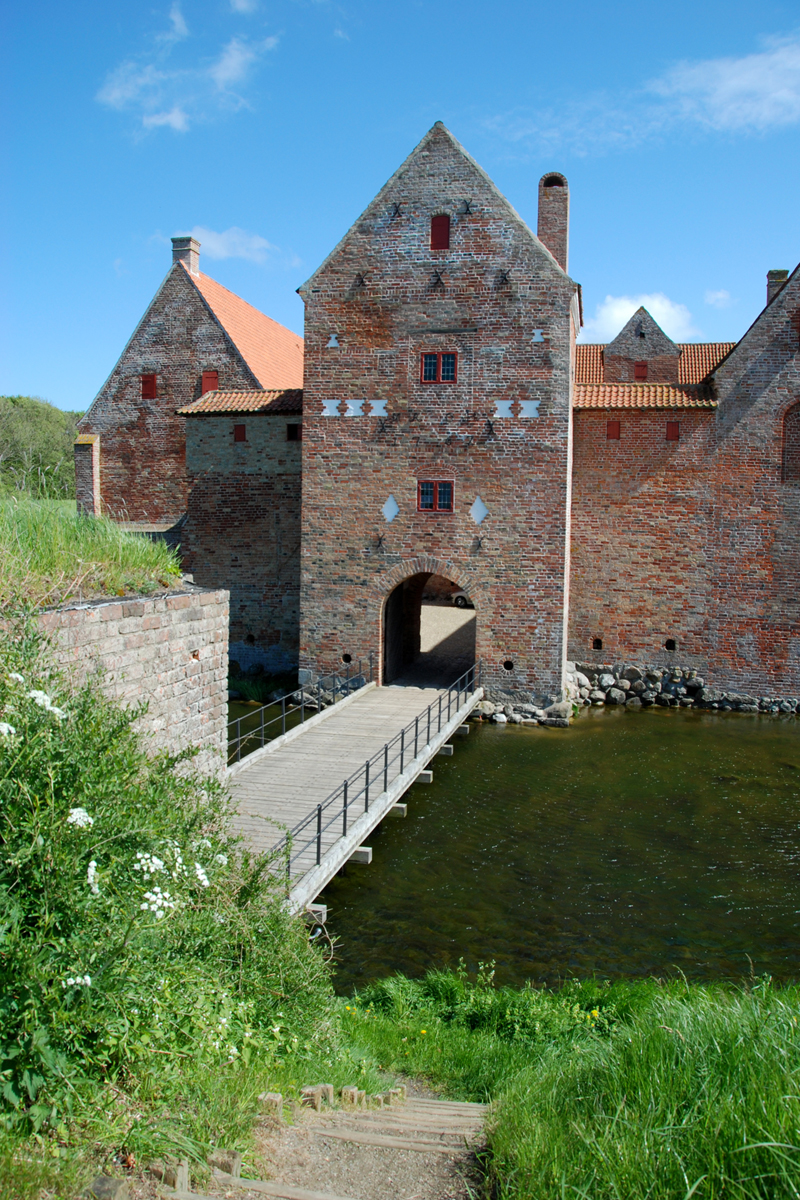 All these ancient castles can be used in many ways. It depends on how inventive the owners are. In Denmark many are open to the public. Either they are turned into a museum, such as Spøttrup, but many can offer accommodation. They are then completely or partially converted into hotels. In this way the owner can raise revenue for maintenance. There is one castle, where the owner has invented something else. When the castle is open during the summer, visitors can take part in solving a murder mystery. To solve the mystery the participants have to go around in the castle, which means both towers and scary basements ... I have not tried yet, but it could be exciting.... 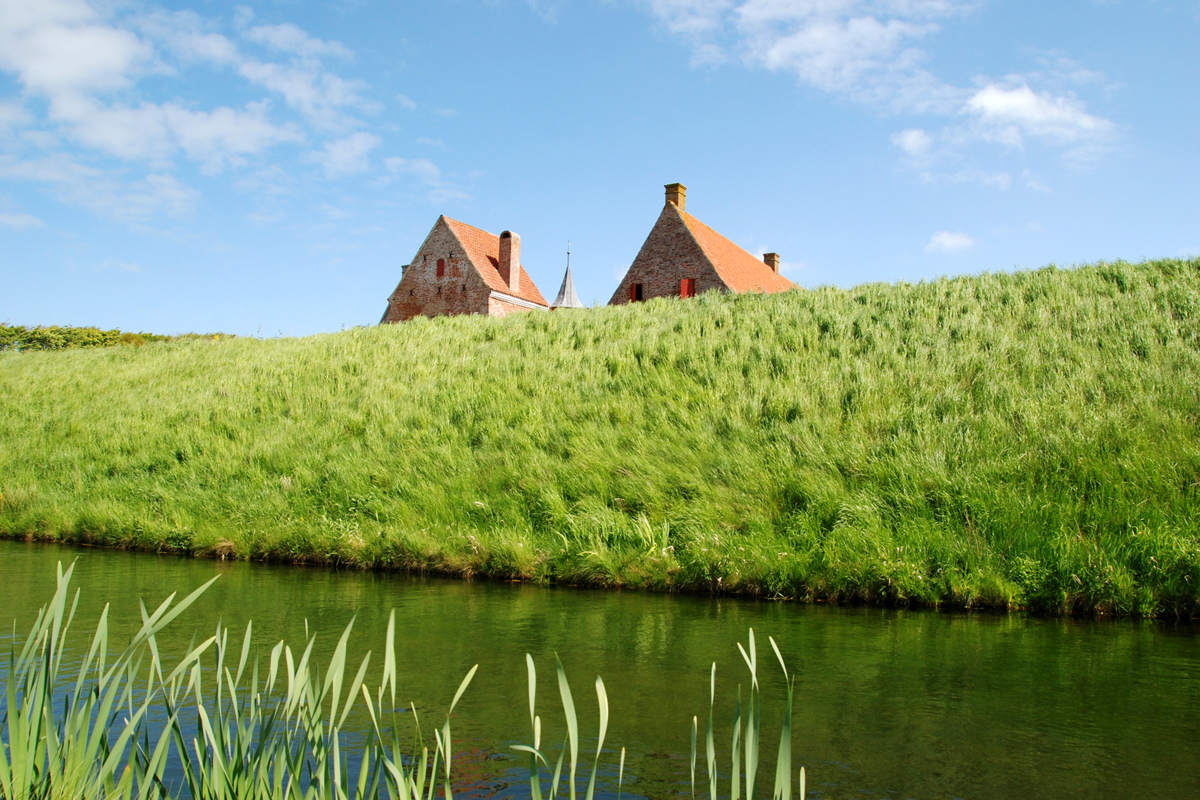 It's so interesting to see the different styles of the castles from different countries, this one is so different from the ones we have in UK.

Yes, you are right. Even UK and Denmark are neighbours the styles are very different. This one is rather small and quite different from most castles in Denmark. I think it's mainly because of the era it was built.

You can LITERALLY see the movie playing out from the photos alone!
No doubt there were many a witch and herb!
Transported in time!

Thank you :) visiting castles like this one does make the imagination go a bit wild.. but it's a lovely place

Thanks for your comment. You are right. There is so much history and so many stories each castle can tell :)

Aw man, I'd love to live in a castle, too. And yes, it's a must to have ghosts and ghost stories!

Hehe... yeah, I think so too. What would a castle be like without those stories...

Congratulations @digi-me! You have completed the following achievement on the Hive blockchain and have been rewarded with new badge(s) :

Hiya, @choogirl here, just swinging by to let you know that this post made it into our Top 3 in Daily Travel Digest #1120.