"I love it when a plan comes together." - John "Hannibal" Smith 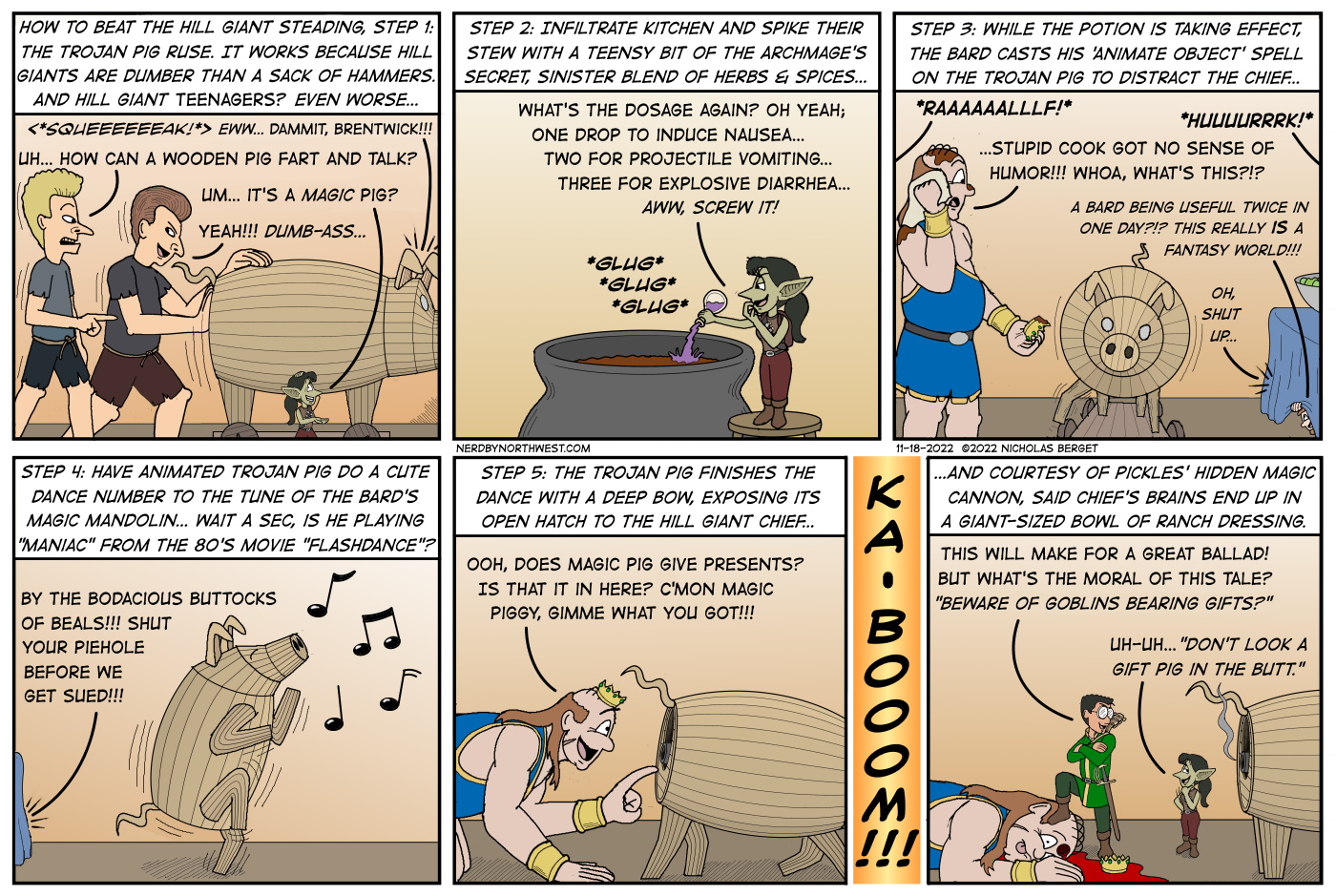 First off, from the pop culture references it should be obvious I was an 80's & 90's kid. And on that note, let's raise a toast to the parody aspect of the Fair Use Doctrine, and may the gods of legal minutiae smile on my attempt to do justice with these icons of pop culture!!!

I'd like to say this weird blend of heist-movie-tropes, pop-culture references, and Dungeons & Dragons fantasy was meticulously planned out (it sure took long enough for me to roll it out, right? 😉) But really, I just wanted an excuse to draw a giant wooden Trojan pig dancing like Jennifer Beals in that "Flashdance" movie. All the rest was improvised and built around that. As for the long delay between strips? Well let's just say I still haven't forgiven Microsoft for a very-poorly-timed Windows Update restart after many hours of drawing... 😡

For you D&D noobs, know that this story is not very typical of the average D&D quest outcome. Namely, they've more or less conquered the surface level of the hill giant steading with only one enemy dead!!! (though all the other hill giants puking & crapping their guts out might WISH they were dead). You see back in the day, killing monsters and taking their stuff was often the most efficient path to become more powerful, so the average D&D quest or dungeon exploration typically involved an orgy of death & destruction in the monster community that earned many adventurers the nickname "murder-hobos". It wasn't that there was a shortage of creativity or imagination or planning; rather, said mental gifts were mostly steered towards amplifying the level of carnage inflicted on monsters to dizzying new levels!

Newer RPG's and newer editions of D&D give more emphasis towards story-based rewards and ways to win using trickery or non-violent solutions, but old habits die hard and the "murder-hobo" trope still persists to this day. However, when all you have is a squire, a bard, a spoiled noble who failed paladin training, and a goblin artificer whose last job involved making fast-food chicken burgers, one must do away with tradition and find less-extreme solutions...

... or at least until they rescue their spell-slinging, axe-&-sword-wielding, kung-fu-kicking comrades from the hill giant dungeon. After that you can bet it'll be back to business as usual. 😏

Want to see the other Nerd By Northwest webcomics? Use the convenient links below!

It's good to have another episode. I may be a little older than you, but I will have some of the same references. I definitely watched a lot of A Team.

...though unless you had MTV, you probably didn't watch as much Beavis and Butthead. That, and I think you pretty much had to be a kid or teenager at the time to really be open to it. The 'A Team' was definitely better, yet I was probably too little to fully appreciate it at the time. But at least I still remember the theme song!

I never watched Beavis and Butthead, but I recognised them. Didn't have MTV. As a kid we had just 3 channels with a 4th added later.


What’s blue and and smells like red paint?
Blue paint
Credit: reddit
@northwestnomad, I sent you an $LOLZ on behalf of @steevc 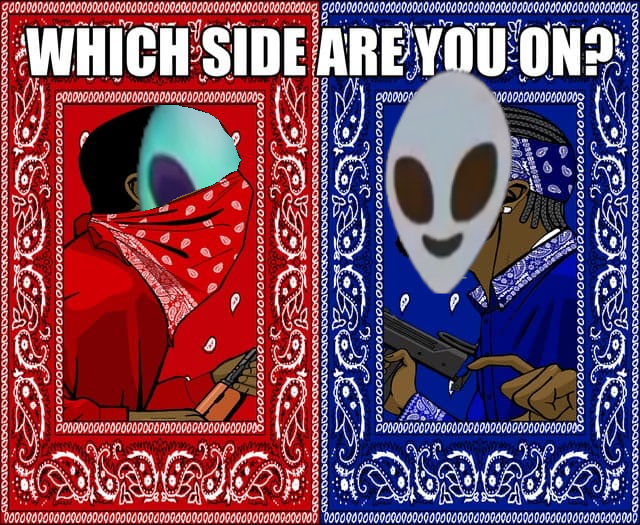 Don't look a gift pig in the butt

She also happens to spike vats the same way I measure "one fluid ounce" of rum!

I believe that method of pouring drinks is best described as going "goblin mode"... 😉

We're the perfect age to be producing comics. We make all the same references that Starlord does. !BEER

Preach, brother! Somebody has bring culture to those poor, uncultured Millenials and Gen-Z kids...