Hive: This Isn't Some Game

empress-eremmy (69)in LeoFinance • 2 days ago (edited) I came across an article some weeks ago that spoke of Hive's potential for creating literal millionaires in the blockchain in a few years. This would've sounded ambitious if the handwriting wasn't on the wall already, and a bright future awaiting those who have stuck around in the Hive project.

The most common comparison I have come across to describe Hive especially to outsiders is that it is sort of like a Video game. During the progression of most games, the character usually starts off weak(er) and is allowed to develop progressively as the story progresses.

This increase in strength and skillset also comes with increased challenges in terms of the difficulty of competition as the game progresses, and a reward for overcoming those difficulties if usually a progression to the next level.

Hive is somewhat similar in terms of the obvious challenges to getting a foothold here. There are also similarities in growth trajectory as users literally get to level up with increased earnings from participation on the various offerings on the chain. Of course one can quit anytime and is in no way compelled to 'finish' the Hive game, as with any venture in life.

That's where the similarities end though. Hive is so much more than 'some game' that it takes a while to come to that realization. For me it took the Bitcoin rally around may to question my motive for not taking the crypto sphere seriously enough, having got in relatively early.

Hive offers perhaps the most effective option for getting into the space as there is the low barrier for entry (not needing a dime) coupled with the array of useful information that will guide us within the chain and beyond. The information available here is just bonkers. Seriously, read a little and you'd be amazed by potential life changing insights just rendered for free here, or an upvote.

Then there's also the fact that we deal with real money on this chain. The tokens on offer have real value, largely because we made it so. Coming to that appreciation about the chain really helps to better imagine how this platform can become part of our lives in some way. From the saving to investment end, politics to region, activism to the pursuit of human rights and freedoms, Hive has it all and for free at that.

For the most part a majority of us using this chain actively believe the future lies in blockchain technology. Yet very few have actively immerse ourselves in its proof of value. With the coming of Leo and CUB DeFi where else can one get investment advice, portfolio management, a chance to earn with zero capital, free networking along with an entire lifestyle chain that offers something to everyone regardless of taste? All while standing a chance to keep growing.

I may not blog everyday for the next four years like a certain someone, but Hive represents a rare opportunity maximize the best the crypto space has to offer. Taking it a little more serious while keeping it fun is strongly advised.

Hive's potential for creating literal millionaires in the blockchain in a few years.

As you mentioned, the low barrier for entry makes Hive is something that can be everyone's crypto and we're extremely early!

patience! It is all happening at the perfect speed : )~
lovely write up
Its a joy to be here! x

Yep that's kind of my boat that I'm sailing!

You have to take it seriously as every day counts and cannot be wasted. At some point Hive will be extremely hard to earn and that is no joke as only stake will guarantee you earnings via curation etc. I am very happy you came back as it is like a second chance. Many don't return and will rue the day they left. 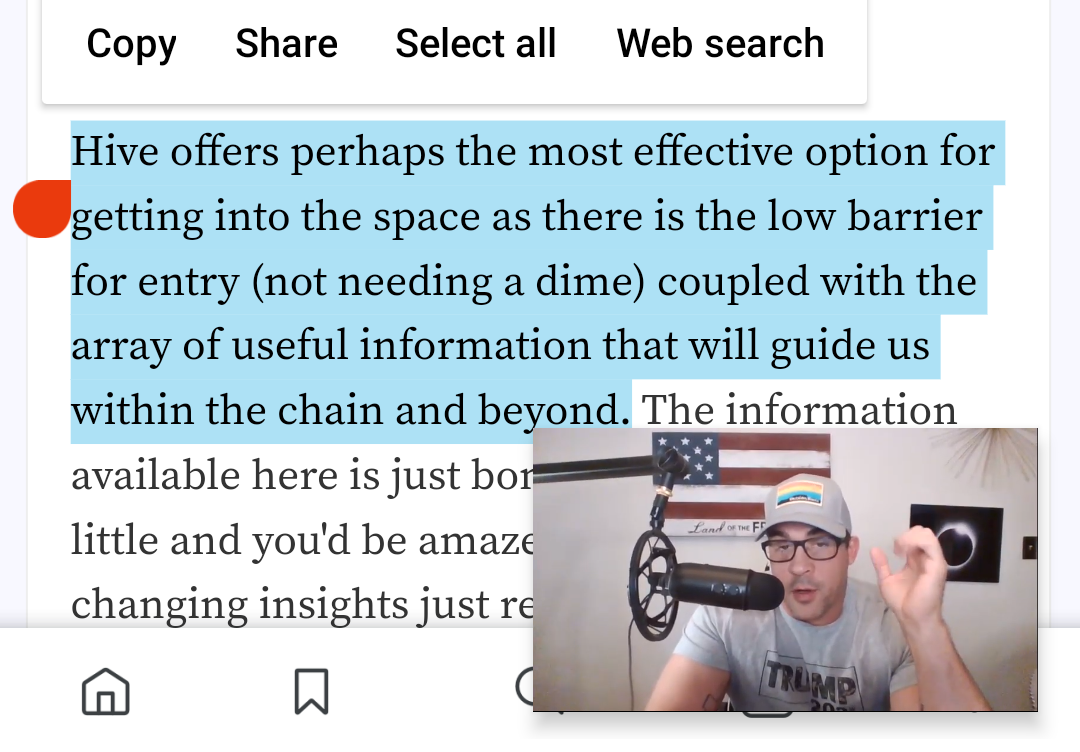 It's amazing the knowledge Hive has available to it. I look forward to the Google of Hive that makes searching all of the content as easy as it is for the aged web. Google's already a great tool for that but having something that took all of our metadata into context could make a information tool beyond anything available now.

The possibilities are endless.

perfect analogy. I am new to Hive and with what little time I have been on the platform I have realized that it is indeed like being in a video game, certain tasks are done to gain experience and level up, which in the end will determine your gains or progress throughout the game. Best of all, it's a lot of fun and arguably addictive. I hope to continue to see how far I can go heh heh 🤭

For someone who started this year you're doing great. Just keep with the consistency and don't relent

Okay I've been working and playing on this blockchain for the past 4 years and currently right now I have $1,200 for Bitcoin and $4,700 of hive.

I have not bought in a single penny. I have logged I have commented I have engaged with others I have done a little bit of trading.

Currently right now I am locked out of Hive engine and an unable to do anything more than steak my nft balances however that really doesn't matter because all of my portfolios just continue to grow grow and grow.

Absolutely Hive is the role-playing game of life where you can build your own virtual reality business or dream online.

I am 40% my way to another 1% of one Bitcoin as well as all of the wonderful fun that I get to have interacting with everybody.

Absolutely awesome post and I can't wait to see you how things grow continually every day on this blockchain.

Thank you very much me and puppy dog really enjoyed your work today. “ I may not blog everyday for the next four years”

Funny enough, not participating actually hurts you financially here if you have any considerable stake.

That's true. No wonder it's the smaller accounts that give up first

Well written ... this is part of why I come through and get stuff done, each and every day, seven days a week ... this kind of opportunity will only come once in a lifetime ...

Hello @empress-eremmy thank you for sharing these lines, I feel fully identified with you, no doubt being in @hive changes and above all it does it for the better. The short time I have been in this network, the only one that is really worthwhile, has allowed me to experience in a different way many emotions including love, solidarity, respect and commitment, it has allowed me to treasure something that does not fit in a drawer but is in the minds and in the daily lives of thousands of people, whether we spend little or much time daily.

Hive came to my life and I think it will be for many more years, God willing it will consolidate and grow like foam and if I have to earn a lot of money, well done, ja, ja, ja

May we both find success

I agree. The best thing for new adopters is to simply maintain patience and trust that we are right. I guess there isn't to much that can be done if we are wrong other than have fun in the mean time! 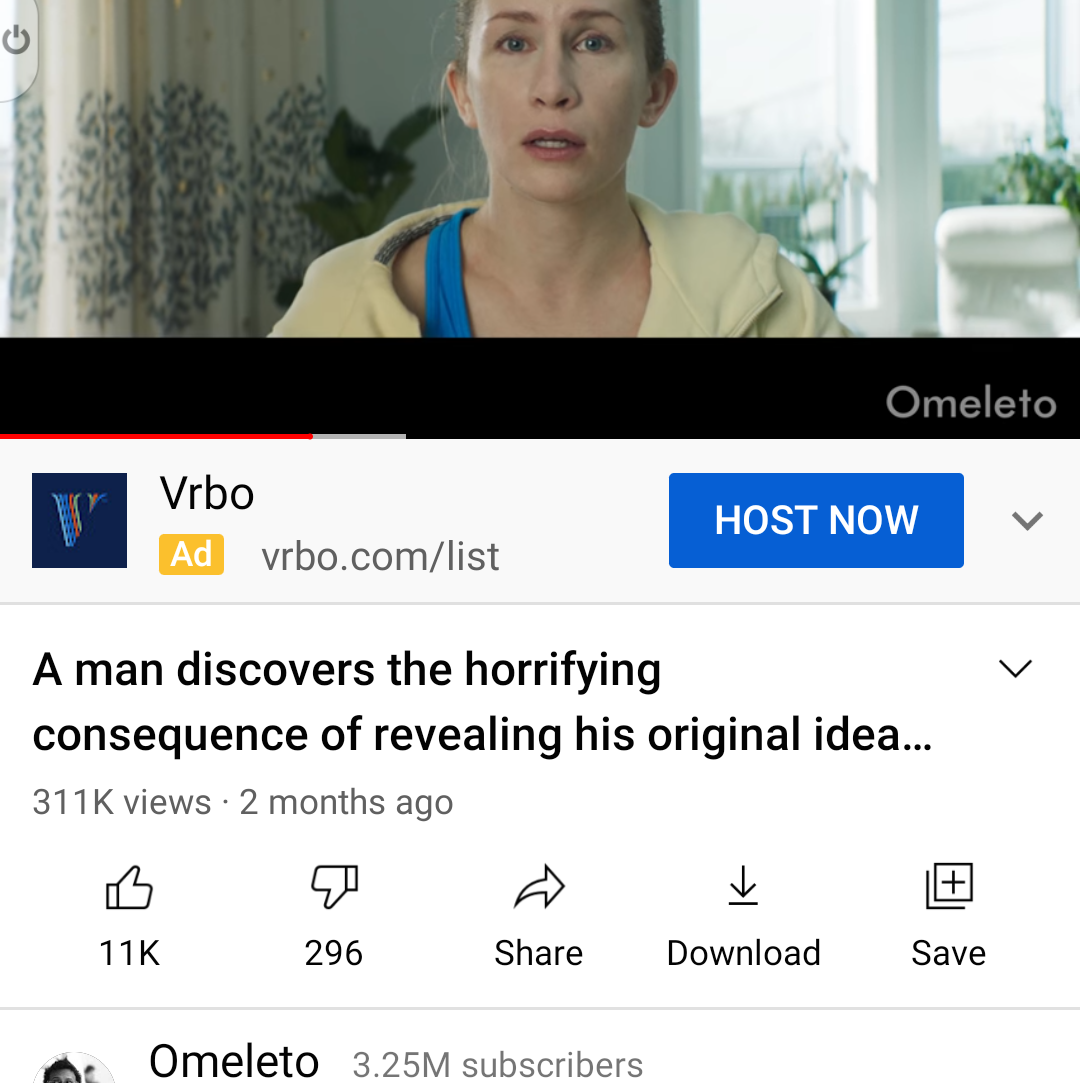