After the first plow three days ago, we started to have a little bit more snow, it was of the crystalline nature so only about 3 inches overnight accumulation of very light snow.

And over night about a foot of snow. Once again very light weight snow, but a lot of it. Not a pleasant thing to wake up to. So a few sips of coffee, a few little bit of Hive activity, then out to clear the snow from the vehicle.

It is never easy to guess when the snow plow guy will show up or if he will after such a snow dump. Today it was a good thing I did go out and clear the snow from the vehicle. He showed up less than half an hour after I cleared the vehicle.

So the week of weather in review:

So this is how my weekend started, at least people are use to driving on and in the snow now, so any drives should be okay, as long as it is not snowing, I really detest having to drive in white out conditions.

Instead of another set of the same images, (there really was not much difference in them), I thought just one view from upstairs. A pretty good view of the driveway in general and a good idea of how much snow. 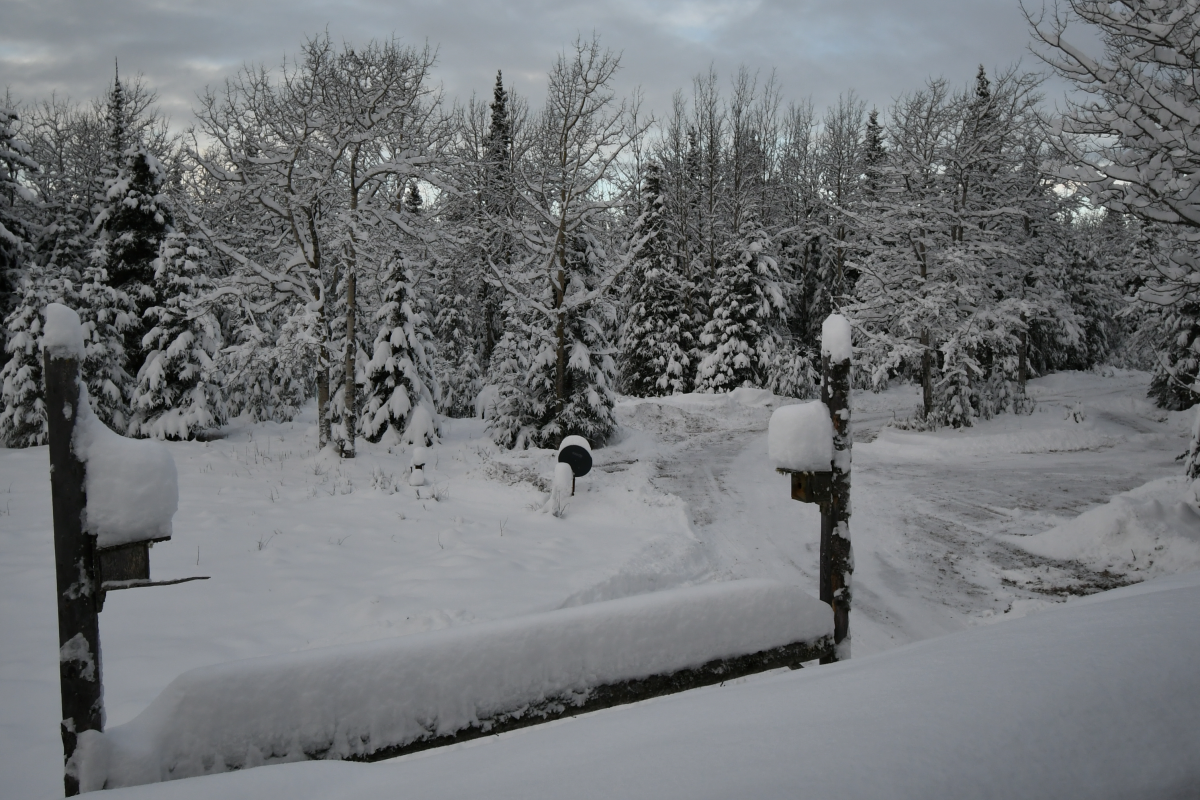 A little bit of snow out there now, hopefully it will be another week or two before we have another big snow fall.

At the end of Season 4 Pilot episode you will find links to all the previous episodes.

Enjoy your weekend and be safe, Christmas is just around the corner.

You have enough wood? That's really all that matters haha, and food of course...

It looks stunning and deadly, my favourite type of nature...

The snow has been holding off since then, we even had a couple of days with sun, but we may have some snow on Christmas day.

Wow, my kids would love it! Stay safe and warm!

Keeping warm may be an issue, it seems we are in for some clear days and temps back into the minus single digits, but at least we will have some sunshine which has been missing for a few weeks now.

Thank you it is appreciated.