The Woman in the Woods - An Exploration of a Literary Trope

mrobinsonwrites (62)in #literature • 2 years ago 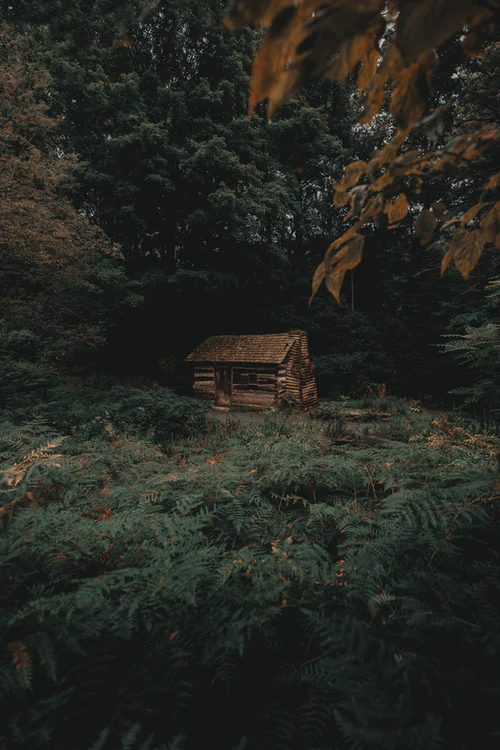 From A Wrinkle in Time to the The Blair Witch Project, the "woman in the woods" trope has haunted modern cinema and literature, stretching from contemporary pop culture to first origins in classic folklore and fairytales, weaving a narrative line that has tied together centuries and may continue to tie together many more. Whether the trope is employed to portray good, evil, or the moral grey in-between, "the woman in the woods" has served as a hallmark example of a narrative "other", spotlighting a culture's initial distrust of those they consider to be outsiders and the enduring mysticism surrounding independent female figures both.

I've come to refer to this reoccurring narrative phenomenon as the "woman in the woods" trope, but I've actually yet to see a single consistent name for it in literature or media. TVtropes.org uses the term "solitary sorceress" to describe this trend, but I found surprisingly few mentions of what I consider to be a centuries old contribution to modern media and the rapidly evolving understanding of women in literature in any literary or media critical spaces. I consider the defining characteristics of the trope to be as follows: a woman living independently in isolation that is defined but not extreme, residing on the outskirts of a population but not in an entirely unreachable capacity. This woman, or in some cases, feminine-coded character (sorceress, witch, demigoddess, supernatural creature in human form, etc), possesses some degree of mysticism or magical capabilities and is often either a source of aid or a source of a tribulation within the narrative.

Greek myth is an early participant in this trope, portraying most notably both Circe and Calypso within the frame of this trope. Calypso, as depicted in Homer's Odyssey, is the sole inhabitant of island Ogygia, a nymph gifted with the power to enchant men with song. She attempts to make an immortal husband of Odysseus, keeping him captive on her island for seven years. Likewise, the minor goddess Circe resides on Aeaea, where she traps Odysseus and his men by turning them into pigs. In most mythology, Circe is known as an enchantress with a great knowledge of potions and herbs and a disposition for turning men into animals.

In both cases, it is perhaps important to note that the actions of these women, though presented as roadblocks in the fabled journey of Odysseus, were not inherently harmful in nature, but rather operated as independent choices of characters carving their own narratives rather than adhering to that of a subservient ally. Odysseus, though not characterized as such within the frame of Homer's works, is an intruder on previously inhabited lands, and yet those residing on the lands he has invaded are, in the end, more generous than they have reason to be, especially by today's standards which exist outside of the Homeric idea of hospitality or "guest-friendship". Calypso gives Odysseus a fulfilling send-off once she realizes he will never be happy on her island, for want of Penelope, and Circe eventually returns the crew, unharmed, to their original forms and sends them from her island with gifts and supplies as well.

Many classic fairy tales encompass this trope as well, with characters ranging in their morality. As in the case of the witch in Hansel and Gretel, known for living in a solitary house in the woods and eating children, she embodies the dangerous witch archetype often told in stories to children to warn them of the dangers of the woods or wandering too far from home; an early teaching tool. Other examples include the witch who curses Rapunzel's parents for stealing from her garden in the tale Rapunzel or the sea witch in the tale The Little Mermaid. In Russian folklore, Baba Yaga is a witch who lives deep in the woods in an enchanted house, while in Japanese Mythology, Yama-Uba is a mountain hag who lives in the remote mountains and eats travelers. There are many similarities to this era of folklore and fairytales which, though spanning geographic locations, feature many stories about evil witches with ill intentions that live in the deep woods.

Modern Disney media, building on the back of classic folklore and fairytales, has depicted many characters that fit within the bounds of this trope over their nearly one-hundred years of media creation. The Sword in the Stone features another classic example, with the magical, shapeshifting Madam Mim. Years later, we see Madam Odie in The Princess and the Frog, Elsa (after she has fled to the mountains and built her castle) in Frozen, and the unnamed Witch in Brave, who lives in a woodcarver's cottage and has a history of giving spells to people in need. Outside of their animated media, other examples include Tia Dalma in the Pirates of the Caribbean franchise and the Sanderson sisters in the Halloween classic, Hocus Pocus.

From The Wicked Witch of the West in The Wizard of Oz to the ghost of Elly Kedward in The Blair Witch Project, films and cinema outside of Disney's mega-corp are not exempt. Some of my favorite modern examples include Lirio Santana, the magical shop owner in the movie The Craft, Sally in The Nightmare Before Christmas, or even Wonder Woman, originating from the hidden and isolated island of Themyscira, who stands on the fringes of Earth society. I would argue that many characters in the film adaptation of Coraline also fit this trope, from the infuriatingly confused, yet still helpful retired burlesque actresses Misses Spink and Forcible, to Wybie Lovat's unseen grandmother, to the incredibly dangerous "Other Mother".

Many, many books also utilize this trope, but as with films, I'm eager to mention some of my favorite portrayals. Mrs. Whatsit, Mrs. Who, and Mrs. Which from A Wrinkle in Time are prime examples, as well as Agnes Nutter and Anathema Device in Neil Gaiman's Good Omens. The White Witch in The Chronicles of Narnia, the strange Duchess in Alice in Wonderland, and the old woman in the Witch of Blackbird Pond. Very recently, Addie LaRue in V.E. Schwab's The Invisible Life of Addie LaRue and Adelaide Lee Larson in Alix E. Harrow's The Ten Thousand Doors of January, who arguably steps into this role throughout the narrative of the book.

Perhaps a lesser known example but nonetheless a refreshing take on the trope are the women of 300 Fox Way in the The Raven Cycle by Maggie Stiefvater. Another YA series that I've dearly loved with a refreshing take on this is the character of Amelia Van den Broek in the book The Vespertine. This trope appears quite often in YA and Teen Literature, which is often passed over as a less-than-serious literary genre, but has had an incredible influence on both young female readers as they grow up, and women like myself who carry a torch for childhood mysticism and magic. Another YA/Teen Lit example includes Lena Duchannes in the Beautiful Creatures series, which was also adapted to film.

This trope has spanned centuries and cultures, ages and demographics, tying folklore and mythology to modern literature and media. Where once this trope most often depicted evil women, or women who were independently minded and unwilling to aid the hero, living at the fringes of society and using any magic to their own advantage, it has broadened its horizons to represent a wide scope of mystical women.

From being a commentary on our general dislike of the "other" as humans, to driving the dreams of those individuals who imagine finding more than trees and shrubs in the woods, to portraying the overarching evolutions of our cultural understanding of women, especially women who did not fit into a singular societal narrative, this trope has both provided a general understanding of society and brought to light the deeply connected thread of storytelling throughout history. And, based on its many usages in modern media, "the woman in the woods" will continue to influence culture far into our future while providing a profound glimpse into our past.

If you like my writing, you can support me on Ko-fi or view more of my work on my website.