Sunday walk on the frozen lake and river nearby - Looks like we've really mooned!

With several weeks in a row with biting cold (-17C during the night and mornings, and up to -10C during the day, or 1,5F to 14F) naturally, the lakes in the area have all frozen over.

I don't know what exactly is about taking walks on frozen water that's so pleasant. I guess it's the moon-like landscape of new-fallen snow as far as the eyes can see. Or maybe it's the fact that no matter where you go, you'll always have the sun shining above you. While skiing in the woods close to my place, as seen in my recent posts here, you're mostly in the shade due to all the trees covering the skiing tracks.

While that still offers some stunning scenery, it doesn't allow you to enjoy the sun. The lake next to my apartment in Lillestrøm, Norway (just out of Oslo).

Naturally, this attracts a lot of people eager to spend the day outside walking. Especially during covid, where people are discouraged from seeing other people, spending time outdoors walking is both a great way to spend the day and also to get away from the rather stationary life a the home office.

I still have to admit though that I get some shivers when seeing huge cracks in the ice like this, and know that in other parts of the country, there have been daily occurrences of people going through the ice (although those cities are generally warmer than here). Can you see the large fracture in the ice in the image above? Would you feel safe walking here?

Looking at the image above, you might think it's taken close to the shore. But it's actually right in the middle. Active currents in the lake still rock the ice back and forth, leaving its marks on the surface.

My only thought though was that I should have brought my camera and tripod so that I could go sit on the crack and take a cool picture.

Picture taken from my current crypto possition on the moon.

Anyways, it was a perfect and relaxing way to spend the day having skied 60km the day before. I don't know if there's anything else I could have possibly done to set myself up to feeling more refreshed and ready to attack a new week.

Hope you've all enjoyed a nice weekend yourselves! Now counting down to 50k BTC with some hot chocolate 😎.

We've been having some serious snow and low temperatures this weekend, no sun unfortunately... 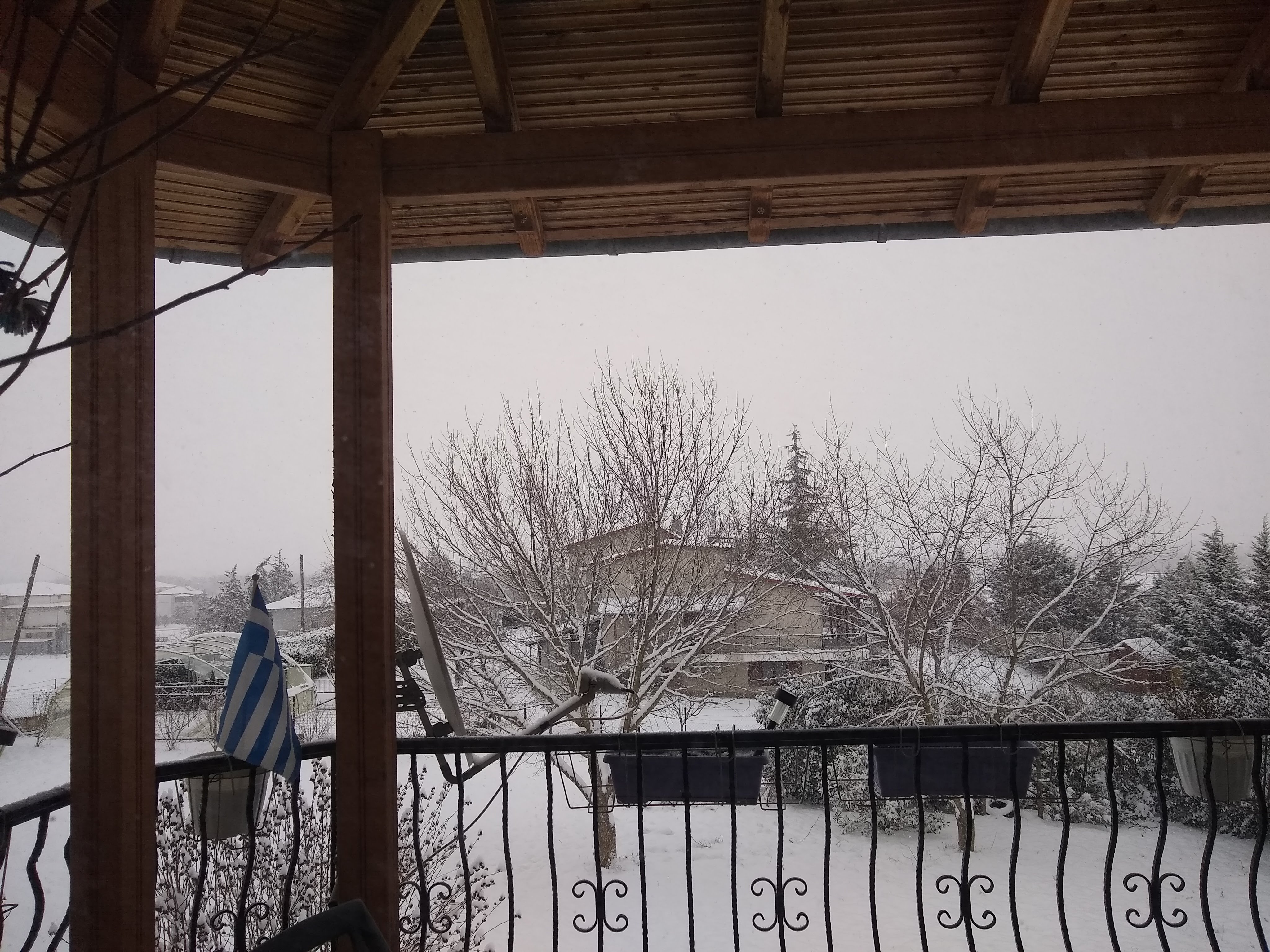 Don't you get scared walking on the frozen lake? That rocking ice picture doesn't seem very appealing to me :P

Seems to me that most of Europe has gotten more snow this winter than it has for quite a while :).

Cool picture! Having visited Greece for summer holidays 6 times, I simply can't imagine the country as anything but warm 😅.

And yeah, that did make me question my decision slightly :P. But then again, people have been walking here for more than a week now, and it's continued to be below -10C since then, so it should be fine.

It sure was stunning! And yes, I guess we all have fond childhood memories of winter😊

I'd definitely stay away from that lake if I saw a crack like that! The hot chocolate sounds great, so does the mooning of crypto! In that order!

Haha! I guess I'll stay closer to the shore next time ^^.

Hey @fredrikaa, here is a little bit of BEER from @pouchon for you. Enjoy it!