Ticked off Smasssh (sort of)

Ticked off?
Yes, at least sort of.
Let me explain.

Below you'll find 3 images with stats, taken/borrowed from some of the 'Daily Hive Stats Reports', produced by @penguinpablo

This first one (Daily Amount of HIVE Powered UP & DOWN) was from last friday.
As you can see (exept for the first day) every day there has been more powered DOWN than up!.

You don't need to check, because I already did, but right after Hive reached it's ATH of 0,98, this has been going on for about 2 months now.
Different numbers ofcourse, but same trend.

Are all you Powering Downers waiting for another Hive pump to make a nice profit?

Well, mark my words IT AIN'T GONNA HAPPEN. Not like this it won't!

Because, let's go back to that ATH day, april 26th.
And especially to the Vested Hive, and the liquid Hive of that day.

And compare that to the stats of last Friday below.

You don't have to be an expert to notice that those figures tell the whole story about why right now Hive price is hardly moving.
Better said; why it's going downwards even.

And don't give me that bullshit that its because of Btc going down also.
Mind you: On april 26th Btc was moving around 7.6K.


Anyway, that's why I'm ticked off a bit.
Needed to let it out.

Let me be clear: everyone has the right to do what he wants with his Hive.
But if we want to attract and onboard more new people ...
a price moving upwards and much HIGHer up in the "charts" is a far more better advertisement than a price slipping away further and further if you ask me.

POWER (the F*CK) UP some more of that Hive.

Lead by example as the saying goes.
Therefore I leave you with the note that last week (altogether) I powered up roughly 11K more, which means I'm only an "inch" away from 100K.

Have a Great day

and thanks for reading. I've been going the opposite way, but nothing to make any dent on that :/

The only lucky break we have because of this all is having a (bigger) reward pool to share with less people if am right, so we can at least add more HP to our balance.

For a moment yesterday Steem was trading a bit higher that Hive. Disgusting...

Just like you said. Anyone can do whatever they want with their Hive as long as they don’t kill the price...

It’s one thing to sell and another one to get rid of tour tokens.

Wonder how many “Hive fanatics” will keep buying now that there’s no more Steem to sell, for the majority at least...

'Wonder how many “Hive fanatics” will keep buying now that there’s no more Steem to sell, for the majority at least...'

Valid point indeed.
This post is by no means negatively meant. Just wanted to point out that for making Hive grow, we need to do more than just tell on Twitter etc etc. how nice it is here and how good we are.
Because: let's be honest; if Hive price drops to 0.05 cts, even for us the motivation to keep posting, commenting etc. will reduce dramatically.
Not to speak about a newcomer who, when he/she starts, will really have to struggle for an upvote, comment or some engagement.

There is a surprising amount of larger stakeholders powering down and others converting hbd to HIVE and sending it out. The sell pressure is heavy :0/

I haven't gone into deep research tbh, just let the numbers speak so to say.

No problem with PD, they can do whatever they want or suits them.
But I still wonder how many among those who do so, are at the same time those who "preach" the word that we should onboard the masses.
Ain't gonna happen like that.

Even a Hive price going back to 0.12 cts (for example) will only attract existing Hivers (with balls) to buy back more cheap HP. But at the same time it will scare away newcomers. At least that's what I think.

Yeah, I agree, people can and should do what they like with their stake but it's when they talk the talk about the masses and everybody doing their bit too get folk on but are adversely affecting the price. It is annoying. I am right on board with your thinking here.

You are a power up beeeeeaaaaaassssstt and I love it!!!!!! 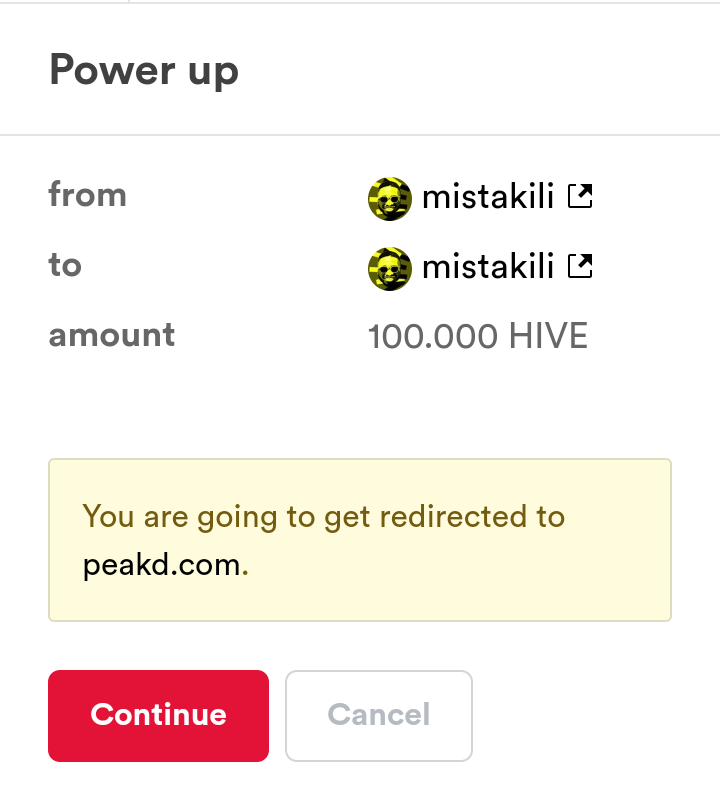 I did a little share of my own, though it was big in my eye, it is only a tiny drop of yours.

Your post revealed a lot of truth and should be trending really! I guess people are waiting for another rally, and it really wont happen like this.

There's still so much more to build guys, I wish holders could see this the way it is and buidl all up.

Wish I had more purchasing power...such sweet prices to gain from.

Looking back in time, everytime you bought a Dip, few momths later there is a 3x increase. I noticed that because everytime you bought I also wished i could lol. For example look at the time you kept buying steem in the worst dips and how it turned out to become profitable for u throigh hive,....

I like your moves. You put your money where your mouth is. There should be more people like Smasssh lol.

Congrats on the power up Samssshy!Im coming right behind you!

'I did a little share of my own, though it was big in my eye, it is only a tiny drop of yours'.

It's not the (big) amount that counts mate. It's the intention that's important.
Many small steps lead to the destination also. And I'm sure you'll get there some day too. By hard/smart work and sometimes some luck we can get anywhere we want to.

It's like that last line in a song from Eminem: 'You can do anything you set your mind to man'.

Can only be: 'Lose yourself'.

Truth is, it's insane how many people are powering down and cashing out, in the past four months I've powered up to close to 5k hive and that's because I believe on hive, people needs to be futuristic and power up

Exactly my thoughts!
With a higher Hive price I might understand better. But not like now.
Maybe a lot of small-time thinkers?

Well I know a lot of milkers and I feel this people are the reason hive isn't moving up. You're right. Small time thinkers

Sucks to see so much PD, but perhaps it is better in the long run - fuck em. :D

In the long run; probably yeah.
But for now, with a slowly and steadily increasing Hive value, it would be so much easier to get new people onboard.
Fuck em; indeed. ;-)

But for now, with a slowly and steadily increasing Hive value, it would be so much easier to get new people onboard.

See your point. This Bees nest should be moving up...No better place to be than here...

No better place to be than here...

Not for the value of Hive if this powering more down than UP will keep going on (like it already does for the last two months).

I carefully read your post and all the comments as well.

I myself only returned to Hive less than a month ago.

All I want to say is I’m extremely optimistic about our Hive.

Yes there are lot of work need to done and rebuild the community and focus on growth.

Back to Building our Hive

I value your optimism man.
Just want to bring in some realism also.
As long as there's so much powering down going on, the price of Hive will not rise. And because of that the intended goal to onboard masses of new Hivers will not happen.

Think outside the box.

There are many ways to increase the Hive price in the long-term.

I went all in on Steem and lost everything had.

Come back stronger than ever. Fucking all in on Hive and We're taking our Hive to the moon

You are screaming into an abyss, and the abyss simply wants more.
Nothing has changed, the same stake holders control the majority of stake, getting rid of a few helped, but it didn't take the noose off our necks.

'They' refuse to take the time to find small accounts to vote up, and not spammers, so that we attract newbs, it is simply less resource intensive, and financially beneficial, to circle jerk the same ~50 accounts day after day.

In their defense, they are mostly busy coding/enabling new stuff, some of it for us.

The game got even longer because of the fork.
Efficiency changes are only sexy to the devs, but essential to the rest of us, too.
I'm waiting to see what happens once smteees!® comes out of the hat.
By then the code should float on its own, no devs needed.

Fork out the greed, and move forward on the original promise of the tech, iyam.