drutter (69)in #blacklivesmatter • 4 months ago

Why I don't say "BLACK LIVES MATTER". A message of unity. 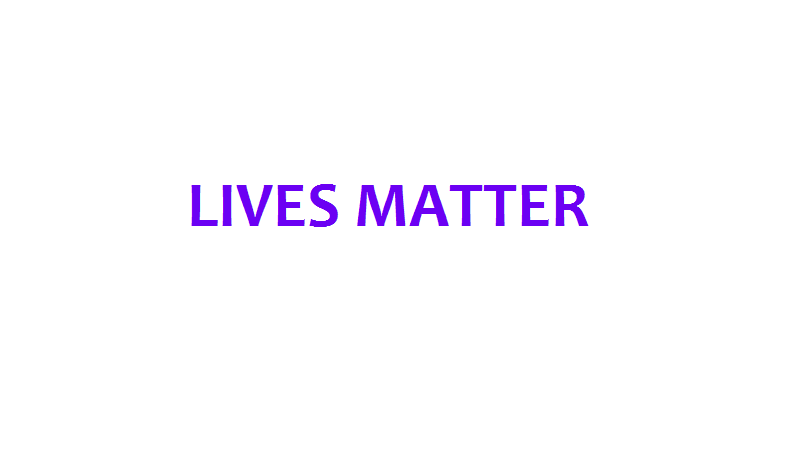 For more information on the new world order of slavery taking shape right now around ALL of us, please click here. I love your video @drutter. Simple is beautiful. And you most eloquently put it that ALL LIVES MATTER.

Love it. Back to basics is what is needed for the masses.

It should make people realize this basic concept of life.

But sadly, people have been so clouded and have even forgotten how to think and reason in its simplest form.

It is brave to take on these topics, all in one video. People have trouble swallowing these truths, despite not being able to find any valid argument against them. We must keep on it. Change is coming. <3

Very good. BTW, at least in the US, it is politically incorrect to use the word “Oriental.” In fact, in 2016, President Obama signed a bill prohibiting use of that term in all federal documents. You can call a carpet Oriental, but a person is Asian. And, of course, there's Oriental medicine. Not sure why it's supposed to be offensive, and I suspect most Asians don't care.

I personally feel that George Floyd's death was not a black-white thing, but a police-mundanes thing. The police long ago gave up any pretense of "protecting and serving" the people who pay their salaries through taxes and are just "Law Enforcement," the strong-arm of government, enforcing the myriad of laws and enriching the government with the fines they collect.

The protests are meant to divide us, because if the people as a whole ever realize that it's a small number of people in government oppressing ALL of the rest of us, we might unite and demand real change. Before the latest protests, people of all races were coming together to oppose government lock-down policies and to demand their freedoms. Where are those protests now?

I think "Asians" would have included some people (like Indians) with decidedly dark skin-tones, ie, people who are included within the BLM umbrella. You're right that the Orient isn't well defined and has shifted over the centuries, so isn't the perfect word either. I guess I could have said "people with light skin tones from China, Japan, and nearby regions". I guess if somebody watches this and only finds offense at being considered from the Orient, I'm doing okay! Thanks for your comment and have a great weekend. :)

@kunschj wrote lately about: I Love The See Feel free to follow @kunschj if you like it :)

Not sure if you also read the following article or not:

but it is definitely worth the read. And the Twitter comments from UC Berkeley's condemnation of the professor who wrote it speak volumes. Very interesting.

Our Education systems have been poisoned over the past several decades and we see the proof in the current generation of people whose minds have been largely enslaved.

I agree, but not surprised to see very few views for this video on YouTube, and generally, not many comments or votes. This topic can be taboo, for no good reason. It's something which should be said. BLM has been politicized and the participants, while mostly goodhearted, are being manipulated and steered. It's an animal farm (something which becomes that which it sets out to avoid being).

I love your video @drutter. Simple is beautiful. And you most eloquently put it that ALL LIVES MATTER.

Love it. Back to basics is what is needed for the masses.

It should make people realize this basic concept of life.

But sadly, people have been so clouded and have even forgotten how to think and reason in its simplest form.