The world inventions; The history and the case for women as voting in elections! 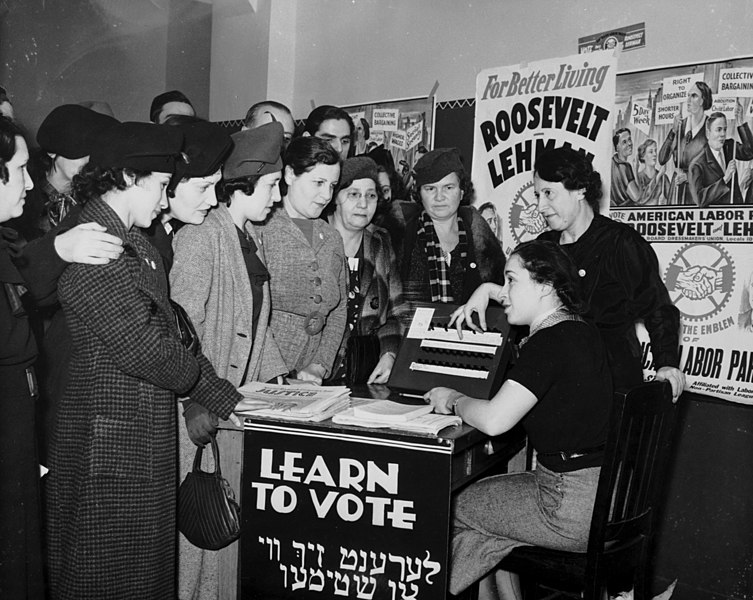 You cannot improve anything, if you are just protesting, and do not participate in the elections that are going on different places. You must vote, if you should make a difference and some important new things to happen, and if you are not voting you cannot do other things than claiming yourself!

You know, from earlier times, women have not had the same rights as men. And that has changed when there have been changes in what the genders are doing. In earlier times, women had to dedicate their lives to take care of the house at home and the children, and when this had happened, the relevant woman in question could die. But these norms and standards and rules have changed in the last years, and women have been given the rights to do different things in the societies, and we should have equal rules for business life, and none business life, and there should be freedom in the rules to do many different things, and maybe some organizations should be deleted, and there should just be a state taking care of things and people. We need not controlling regimes in too great degrees, and this controlling is many times just for the purpose of controlling, and if you can see and consider things with your eyes that had happening different places, but we should go away from all these baby-rules, and making things in properly ways, and that should also be the case for the parliaments and the governments, and any people in the organization in question should not eat the same porridge and doing the same things in the most slowly speed that you can find on the earth.

Ok, changes and adaptations have come to be, and we should have the parliament and the government to determine the rules and norms and how different things should be understood, but we need cleverness and intelligence in this decisions, and there should always be the question of WHY. And that is also the situation for many people being at home. Women could not vote in societies because they had old opinions, low education, and they were obliged to follow the men since they had power, and since their backgrounds were pretty better and stronger than the women. But this situation really changed, and women have been better with getting their education and research backgrounds, and today we just have men and women with starring and explaining everything that are in their sights.

New Zealand was the first self-governing country in the world in which all women had the right to vote in parliamentary elections; from 1893. And therefore, women were recognized as being able and in the same positions as men, and their education should just define their opportunities, and why the life was as it was. And we have not done anything wrong in Bergen, because students coming after us with poorer results did get the same positions as me as a research scholar, and we should not blame anyone for it, but the board at NHH in Bergen, now is in sharp light in how to treat people, and you can study what you want.

Ok, done is done, and we will forget these things just now. But we always need support from other people and not opposition at all times to be the best version of ourselves. Norway got female voting rights in 1913, and Denmark and Iceland in 1915, Russia in 1917, and Austria, Germany, Poland and Lithuania in 1918. We welcome that both genders were represented, and we can only live and work where we have support, or otherwise we should live alone on a small island in the society. And we should not be disappointed with publishing manners many places, but many are sacked in the United States, and Donald Trump should not make hell many places, but there should be properly organization of elections, and the winner should be the winner! And the election result is public, and nothing has been stolen any places.

Please do follow if you want to keep up with my next article. Any upvotes or reblogs are hugely appreciated!

Latest article, check out :
The big game: On using the algorithms that produce information to us as a society!

In the past women considered as a gender minority. So when change occurs, it certainly becomes a turning point for the development of a nation.
Women are the pillars of the country