Here's an example of a nice night of free stuff from my city's curbs for a nice bit of money. I took the shot from the stairs above, so this took some of the depth away of what I have there. 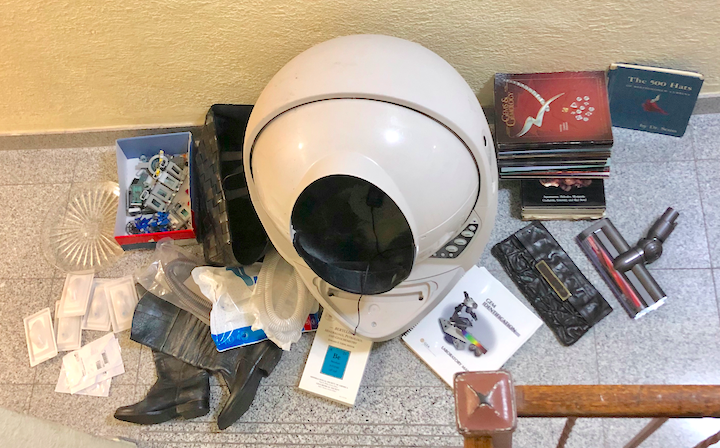 Notably, I used only my backpack and a reusable grocery bag I found outside to carry everything in the picture home at the same time, definitely half a mile. As I didn't find all of this at once, I sort of keep going until I really can't do any more. In the cold at 4:30 AM, it was time to pack it in. I didn't do my entire route, but I couldn't practically unless I hid stuff to come back to later. Also, the stack of large books don't look as significant as they were. They were heavy on my tired body after lugging a bunch of stuff around for a while (good exercise). Slightly more than half of them in my backpack almost made me topple over several times. It was kind of funny at the time, but I used my legs to deliver the goods back and up 4 flights.

I've been sick for a bit, so I took it easy to try to recover faster. It was cold and late when I decided to get some fresh air instead of sleep, so I started my march at around 2:30 AM.

Here's a breakdown of the haul and some bonus finds.

First is the Litter Robot 3. The past two I've found sold within 24 hours, but I listed this one in the early evening to likely break that streak.

Here's the lovely sight as I found it: 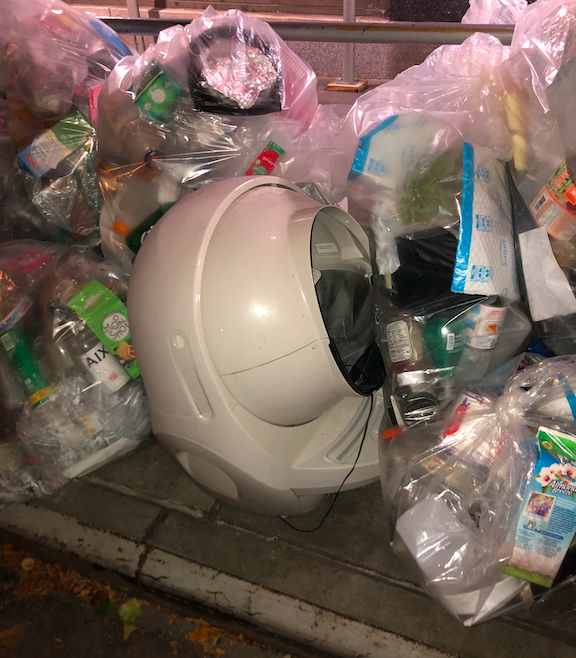 Here it is cleaned and tested, ready for listing at $400 cash. I left some litter in there for the customer to see how it operates if they're not familiar. 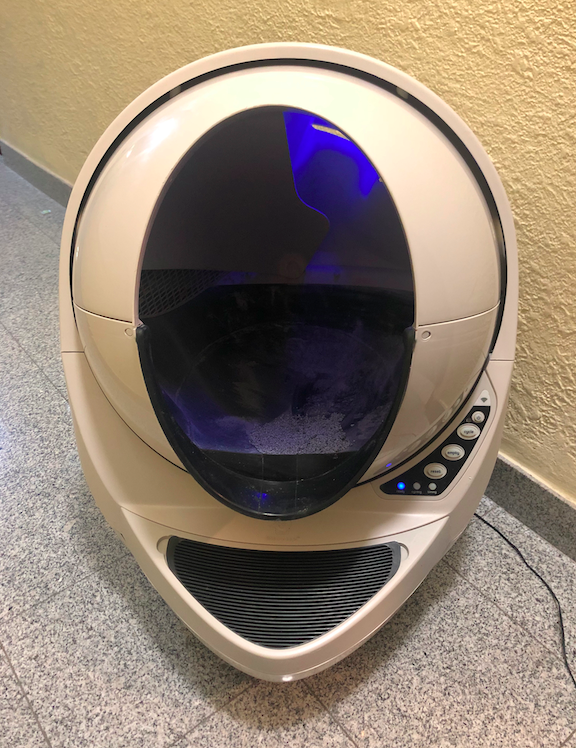 Other stuff (left to right):

I got back in and to bed by around 5 AM because I wasn't able to carry much more without falling over. The books were tough between my backpack and one hand carrying a loaded bag, while the litter robot took up an entire arm/shoulder at times.

I was fortunate that the recycling wasn't picked up at the normal time when I went out for normal life today, so I walked over the spots I didn't hit last night to ultimately take this stack of books home: 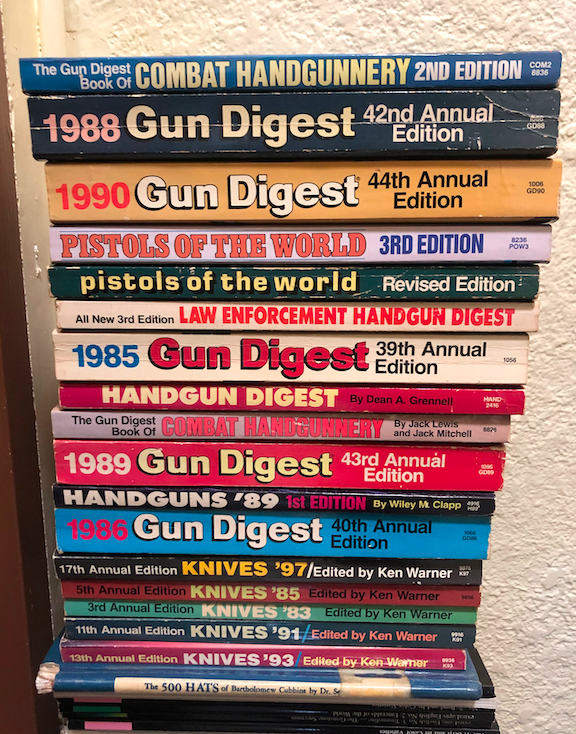 While not major money for today's stack of books for the space, I felt that people would really appreciate these, so I took them.

Next up is a a TV I found for my friend a week after theirs failed. I found it at 2 AM and after getting a new remote to change the settings, it works! It has an intermittent color fading issue on a part of the display, but I think I can solve this with a little troubleshooting/checking wires inside. You'll see that it looks fine below.

Ironically, I found 2 or 3 TVs the first night they reported theirs as broken, but they weren't home and chose to wait until I found more. I've spoiled them.

Their cat Tommy enjoyed inspecting it. 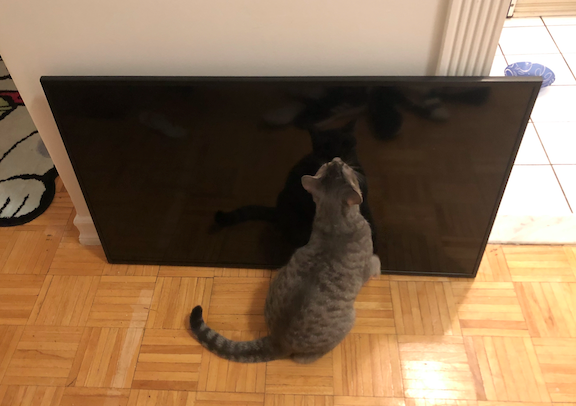 On their wall ready for bad television shows. 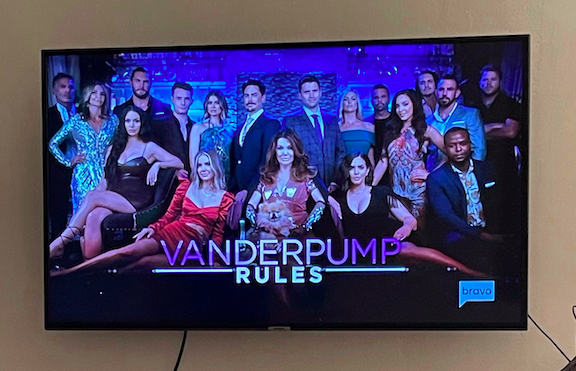 They also like vintage slides, and took a few home after a walk we went a while back.

Naturally, I found this vintage Kodak slide viewer outside shortly after and passed it along so they could admire their slides... 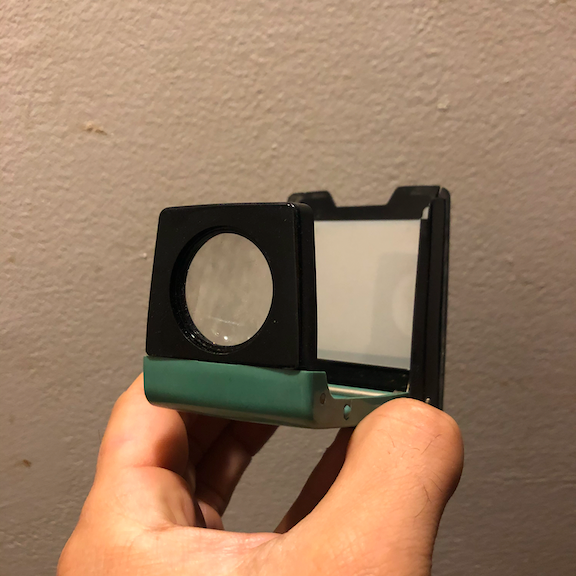 Looks like they picked out a special [redacted] pic in the name of art. 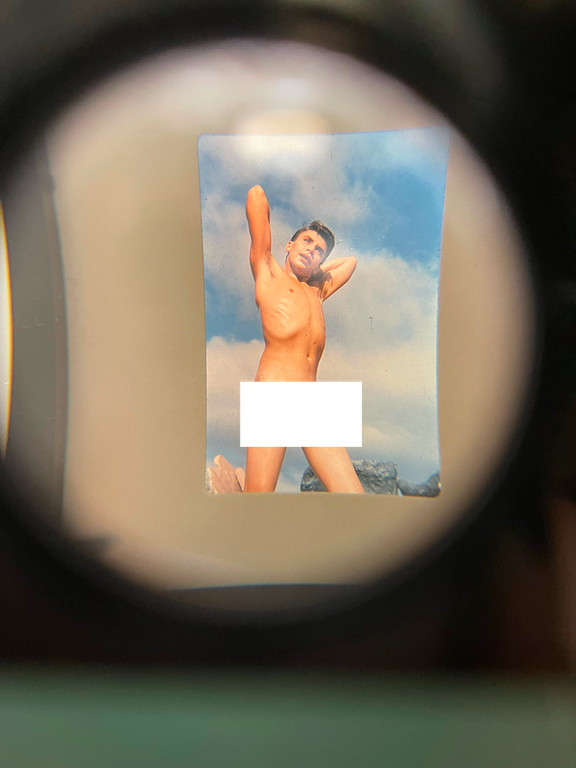 I also took this highly detailed book for myself. 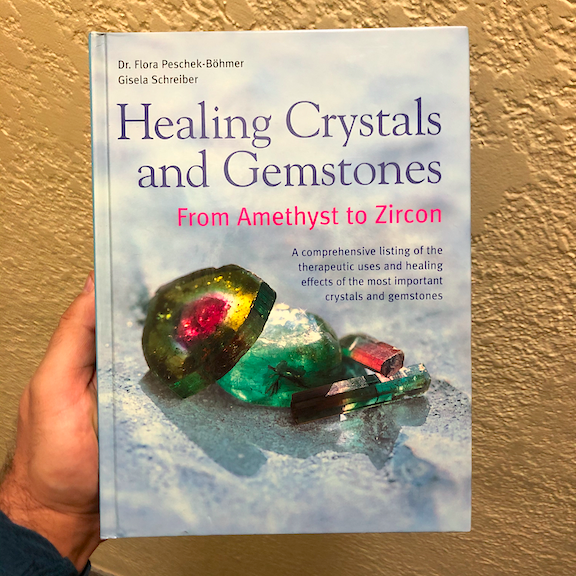 That's it for now. I didn't sell too much when I was sick, or walk outside, but I'm getting back on track now. I have a sale for $120 cash for a coat I found outside set for tomorrow and will start pumping new listings out ASAP to get some powder for our latest crypto dip.

I'll be taking a nap now and going outside again when I get up. For the love of the game and the environment.

Thanks for your interest and support. Liquid rewards will go to my game plan for buying a Splinterlands Plot.

Came here after reading your SPL plot posts. Damn, you must live in a decent part of town for people to be dumping all this kind of stuff on the curb. Surprised not more of this stuff is re-sold online before getting thrown out.

Welcome to my little niche on Hive. I live in a big city where there are a lot of lazy, clueless, or deliberately wasteful people. I try to do what I can. I post on this a few times a week if you'd like to follow along for ideas about household items/parts you can possibly sell from around your house yourself.

Ironically I made enough in one day of sales this week from free curb stuff to buy a plot, but that's money for bills.

You should just buy the plot first and use that as motivation to get out for more recycling :D

I try to sell most of the used stuff I have online and if that fails, they go to like the Salvos. I personally hate throwing stuff away if I can.

Dam I still find it crazy you find this much, Is this only on garbage nights?

Love that one photo…

Gonna mint it as an NFT just for you.

I fully expect this to happen by the way…

Not every night, but stuff like this is everywhere in my city. I literally just walk a few blocks for an hour or two. If I covered other recycling zones for the night, you'd faint at how much there'd be. I just don't have the space for it.

Some crazy finds dude lol nice! The litter robot is weird, I thought it was that creepy machine they are asking people in Africa to look into for crypto lol

The only crystals in this monster are the litter crystals the fancy cat owners get before they toss these outside.

Hahaha! That redacted pic though. Nice score on the robot cat litter box

Thanks. Sold it for $400 cash a few hours ago. They sell like wildfire here.