My Biggest Gaming Wish for Christmas 🎄 There we go guys, it is already a December but to be honest, I was never excited for christmas, why? Because it never fulfilled my wishes. I remember when I was 10 years old and I wanted a Lara Croft game. I was talking about this game and even showing it to my parents multiple times when we were on shopping so I expected my parents to buy this game for me and put it next to Christmas tree. Instead I got a fucking socks. Is it a good reason to cry? I don't think so but I cried. I shouldn't be expecting something out of nowhere but I was and it completly destroyed me. Till this day I have a trauma. Every time Christmas is about to come I imagine those socks. Thats why I'm not gonna wish for anything that can be bought. I'm gonna wish for something that can be achieved by hard work and a little bit of luck. So what would be my biggest gaming wish for Christmas?

I know that in gaming world there are so many interesting things that we can wish for and probably most people would have a trouble with finding only one, however when I think of my biggest gaming wish, in my head I see only one vision. It is to be a pro player. In which game I would wish to be a pro player?

Without any doubt it would be CSGO, this game is a legend and for me its my childhood, but not only. I've played Counter-Strike since 2008 untill 2020. Thats a 12 years of tryharding atleast 8 hours daily. I remember when I played CS 1.6 and I had my own clan site, I was looking for partners, putting on site all the match scores, it was my life and I felt like a pro and manager at once. If my wish of being pro would not work out for some reason, then I would wish to atleast go back to those golden times and feel the way I felt in past once again.

Why my wish is to be a pro player?

First of all I was allways lonely in life and my self-esteem is very low, because of that I want to be recognized, I want people to hug me and say "You are a beast man! Can u sign my steam profile?" and then I would finally feel that my existence is not worthless and I'm not just a stupid retard. Can you guys imagine all those CSGO Tournaments like Major, with the crowd cheering for you, screaming. While watching tournaments like that I feel so many emotions, its crazy. Now imagine you are not a spectator but a pro player, standing on the stage with a big golden trophy. Nothing turns me on like this, except girls obviously XD. Second obvious reason is living out of something I love. Who haven't dream of playing earning money by playing games? Why play2earn games are so popular lately? Every gamer wants to sit on a chair, click headshots without worrying about paying for food, house, electricity, water and all that stuff. Well not exactly "click headshots", everyone have different games that he loves, but you get the point guys.

What if CSGO was not an option? Which game I would choose then?

That would be League of Legends. I've also spent some years on playing this game and despite all the toxic and bad moments I still love this game. Its just sad that I suck at it, of course being a pro there wouldn't be that amazing as in CSGO but I would be still happy with that result. Actually there is even one thing that makes this game a better choice than CSGO and it is egirls. There is so many egirls playing League of Legends. Ahhh I would create my own harem of egirls. Yes its me lmao what a virgin I am, I couldn't even properly grab her shoulder, too shy LOOOOOOOOL

What if my wish of being pro got declined ? Do I have any other wishes?

Yes. Some of you already know that I'm a huge fan of director Yoko Taro who created NieR and NieR Automata and obviously Drakengard series. So my wish would be to see a remastered version of Drakengard games. They are really old games, for PS2 and PS3 and yea I'm a PC master race guy, so I dont plan on buying a console to play any games. Of course I could use emulator but its not the same. I started playing games when they already had beatiful graphics so my eyes are not used to old graphics. I would feel weird playing old games, even if they are legends. But what if Yoko Taro couldn't fufill this wish? Then I would wish for him to create a new game in NieR universe. I still remember when I had a covid and NieR was the only reason I could get out from bed. It basically healed me, helped me survive all the bad thoughts. I would do almost everything to be able to enjoy a new NieR game or just forget everything about the NieR games I played so I could enjoy it once again. I almost forgot but I have one more wish except the main one and thats to find a girlfriend who cosplays 2B from NieR:Automata. Shit my virgin soul is screaming :( I guess its enough emotions for today... its time to watch some Witcher and simp for Ciri :D

I hope you guys like my post and please let me know your thoughts in comments! Merry Christmas to everyone!

Being a pro player would be pretty cool for sure. What team would you want to play for if your dream became reality? Damn man those socks must have hurt lol. Anyways you should keep working hard if that is your dream and maybe some day you might make it. Good luck man I hope I'll see you on the stage one day playing pro.

This hand is killing me dood XD

What team would you want to play for if your dream became reality?

The best case would be to make my own organisation but yea... if its about something that already exist then probably NaVi, G2 seems not bad too tho.

This hand is killing me dood XD

LMAO This hand killed a lot of my friends. I can't remember a single guy who wasn't laughing at it XD

Good luck man I hope I'll see you on the stage one day playing pro.

Haha thanks dood, even if there is 0,00001% its still some kind of hope, but I guess I'm getting too old for even trying 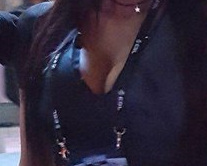 I'm sorry gentlemen, I don't know what hand you're talking about. I do not see :D :D :D

Shit my virgin soul is screaming :(

This was a great and funny read through and through. I really hope that you will one day become a pro player. Not only a player of games but also a player of ladies. Just don't forget your boys here at Hive if it ever happens.

@straw, can we make a Virgin role for @txmek on Discord?

This was a great and funny read through and through.

be honest and deliver the lolz is my life mission. I'm glad that works 🎉

Just don't forget your boys here at Hive if it ever happens.

Everyone can dream about this 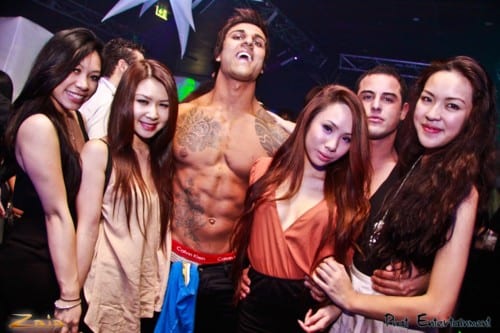 but at the end this is what we value the most, time with da boyzzzzzz 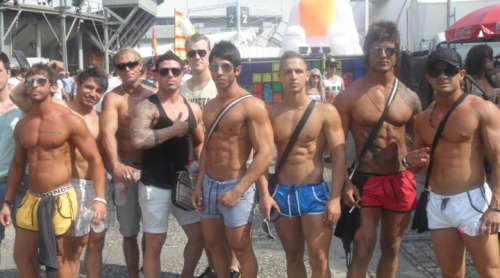 @straw, can we make a Virgin role for @txmek on Discord?

Not quite a pro-player, but I used to dream about being a monetised youtuber. I figured I was a chick with an Australian accent so would rake in the dollars, but then I tried recording videos and was so boring and awkward and had nothing to talk about, so didn't bother. 😋

Not quite a pro-player, but I used to dream about being a monetised youtuber.

Well, I tried to be a youtuber too, not a single time.... I had like 5 or even more channels from different games, anime etc but at the end nothing worked out. Atleast that wish to earn money by creating content led us to Hive, so now we dont need to give a fuck about yt anymore.

Lol, I went to defqon 1 once!! It wasn't as great as I thought it'd be. 😒 All I really remember was someone overdosing from something and an ambulance was called, and the last song of the night was a remix of The Dragonborn Comes sung by Malukah 😅 which I appreciated and was SO surprised to hear!! and then I had to try and sleep in an over-priced tent with a sleeping bag that did nothing to keep me warm, while my friend tried to score some LSD from a random tourist named Anders. And I was amazed that Anders was a real name because I had only ever heard it in Dragon Age. 😆

If you ever go, bring lots of money. It's expensive!!!

oh shit :/ so sad that it needed to happen when you were there, for sure its not the best memory, a lot of people are probably on drugs there so it might happen, if I took something I bet it would be me, thats why I rather stay away from drugs

The Dragonborn Comes sung by Malukah

I just played it and its such a beatiful song, especially to say good bye

Idk if I would even fall a sleep in such a tent, that must be hard, especially when its cold, I feel ya

And I was amazed that Anders was a real name because I had only ever heard it in Dragon Age. 😆

If you ever go, bring lots of money. It's expensive!!!

I see that you’re a true gamer. I wish I was like that.

You can be whatever u want, just belive untill your wishes comes true! :)

my big dream has always been to be on a stage playing professionally league of legends too bad it could not be fulfilled but I could imagine the stage with so many people and when you make a tremendous play that will be remembered by history while people shout aaah if only I could live a moment like that.

too bad it could not be fulfilled

I'm sorry to hear this :( Failing sucks. But its also opening a lot of other roads for us in life

I could imagine the stage with so many people and when you make a tremendous play that will be remembered by history while people shout aaah if only I could live a moment like that.

Exactly man. I feel you. imo it must be one of the best feelings that human can experience

The air wrap over the event girls. Classic.