⭐️All The HIVE DOLLARS This Topic Generates Is YOURS Week Seven⭐️

I'm giving away all the liquid HIVE Dollars this post generates via a free raffle. No upvote, Resteem or Follow required (Although doing one or all three is greatly appreciated). Last week we had over 20 entries and I hope to improve on that number this week. 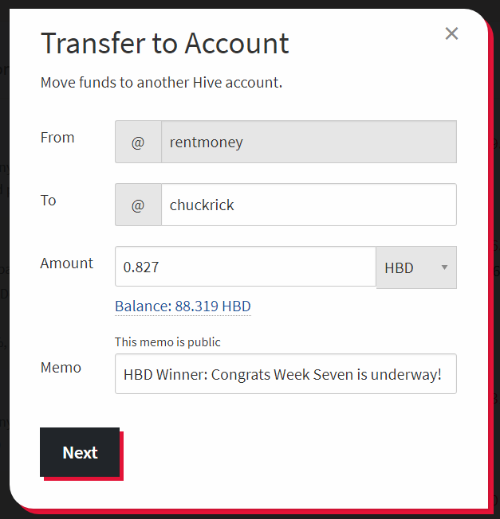 POB/LEO and SPT: My Goals! 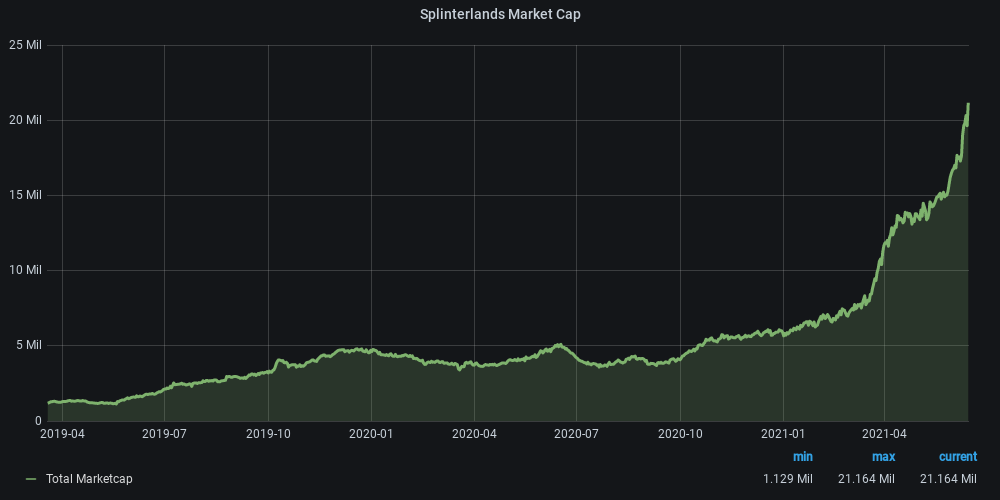 That Splinterlands marketcap is just insane!

I check it almost daily and it still manages to shock me.

It's amazing indeed. After untamed selling out prizes shot up. as expected.. bright future for sure. and I have a little plan to hopefully get some referrals and onboard some new players. I do think having an easy in game interface to reach out and help your referrals would help onboarding a lot

Thank you for continuing these giveaways. ❤️
Upvoted and reblogged. 😀

Thanks for the upvote and reblog.

It helps with growing the HBD for the eventual winner!

Thank you for the opportunity. Reblogged and upvoted

resteem done hoping to join this raffle and win newbie here ... please send me some love on splinterland @kursen trying to climb up the ranks day 4 player here :) peace out!

Welcome to HIVE and Splinterlands.

Good luck with both. Here's some !BEER and !LUV tokens.

You can find them in your Hive-Engine wallet (https://hive-engine.com/)

Hey @kursen, here is a little bit of BEER from @rentmoney for you. Enjoy it!

Yeah, thanks for doing giveaways.

Thanks for participating in them.

!beer
just wanted to try that hahaha
EDIT: oof maybe it should be in caps

I think it does need to be in caps but you also need to hold at least 24 !BEER before you are able to use the bot.

Hey @mechpolaris, here is a little bit of BEER from @rentmoney for you. Enjoy it!

splinterlands marketcap was 17m a week ago!!

It's insane that it has increased so much in such a small amount of time.

@rentmoney! I sent you a slice of $PIZZA on behalf of @eii.

I'll bite :) been on that splinterlands train for a couple years now it seems like it's really going somewhere. If I win it all goes to more cards!

I don't use the rental market. Its the one part of the game I haven't looked at.

@jarvie is a good person to direct rental questions to.

One ticket coming right up!

Free stuff is the best stuff.

i reblogged it btw!

Hey @javiss, here is a little bit of BEER from @rentmoney for you. Enjoy it!

Thank you
Here's some !BEER

Hey @oadissin, here is a little bit of BEER from @rentmoney for you. Enjoy it!

Sorry, you don't have enough staked BEER in your account. You need 24 BEER in your virtual fridge to give some of your BEER to others. To view or trade BEER go to hive-engine.com

in and reposted :D

All we have to do is leave a comment, yeah?

This is interesting thanks for sharing @vempromudo.pob

It has been reblog by me already. So I would’ve to know more about this mini blog and try to win some free HBD

You have two entries, good luck!

Nice work and fun lottery, would be great to see a small topic like favourite movie quote

Good Idea, I'll suggest a topic in the upcoming week eight post.
(It'll be posted in a day or two)

Hey @failingforward, here is a little bit of BEER from @rentmoney for you. Enjoy it!

Thank for the oportunity! 😀

Thank for the oportunity! 😀