juecoree (69)in STEMGeeks • 6 months ago

We explores time-dependent and pressure-dependent control in pneumatics. This is possible by integrating pneumatic timer and pressure control valves in the circuit. Pneumatic timers are used to create time delay of signals in pilot operated circuits. Oftentimes pneumatic timers are pneumatic timers are on delay timers, and either normally closed or open. On the other hand, pressure dependent valves are used to set pressure margin that the pneumatic system operates and usually for balancing the proportional system. It is also known as circuit setters. Circuit setters incorporate a ball valve and two pressure ports through which the entering and exiting pressures can be measured to determine the pressure drop. In this text, we based the presented solution to the following problems: 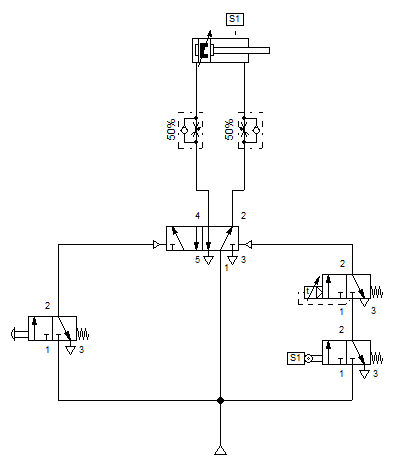 The time-dependent control utilizes a normally open pneumatic timer for the retraction of the double acting cylinder, as shown in Figure 2. The circuit was built in reference to the indirect control except for the integration of a pneumatic timer and sensors. In general, it is composed of :

When the push button is pressed, the air flows through the 5/2-way directional valve that causes the cylinder to extend. The speed of extending the piston rod of the cylinder is controlled by the one-way control valve which is in between the 5/2 way DCV and the double-acting cylinder. and which will also allow the air to flow through it. 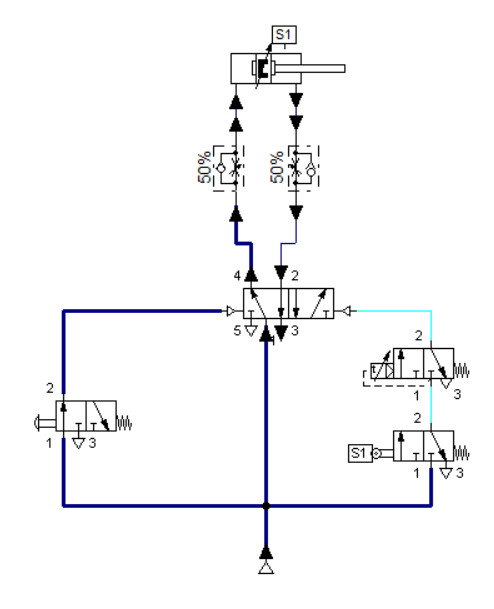 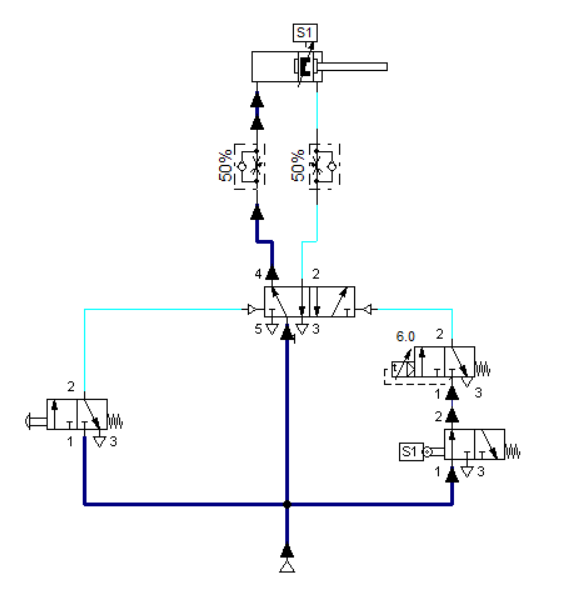 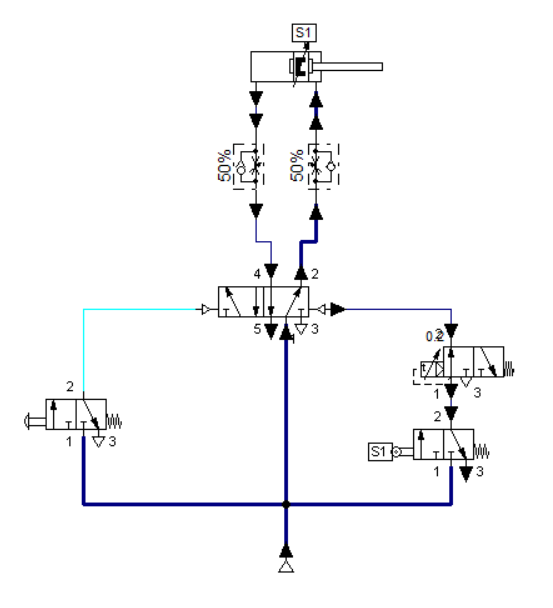 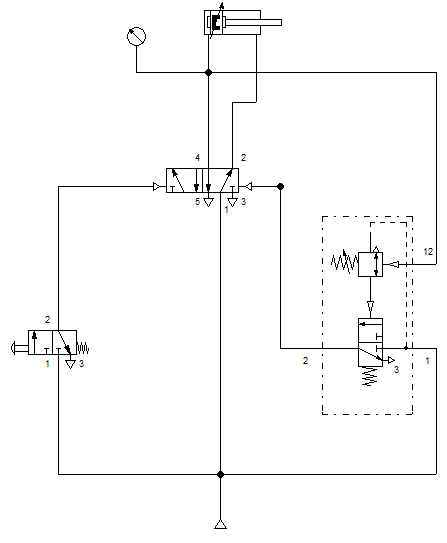 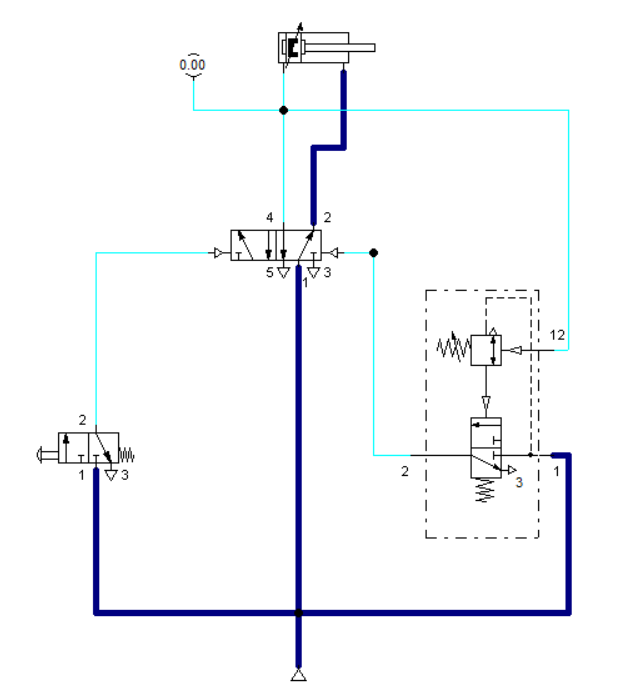 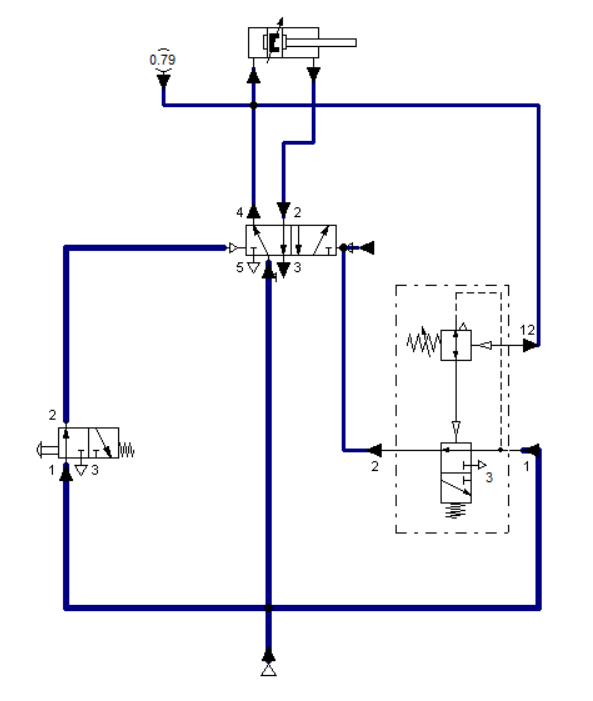 Figure 3: Push button is pressed and cylinder start to extend. 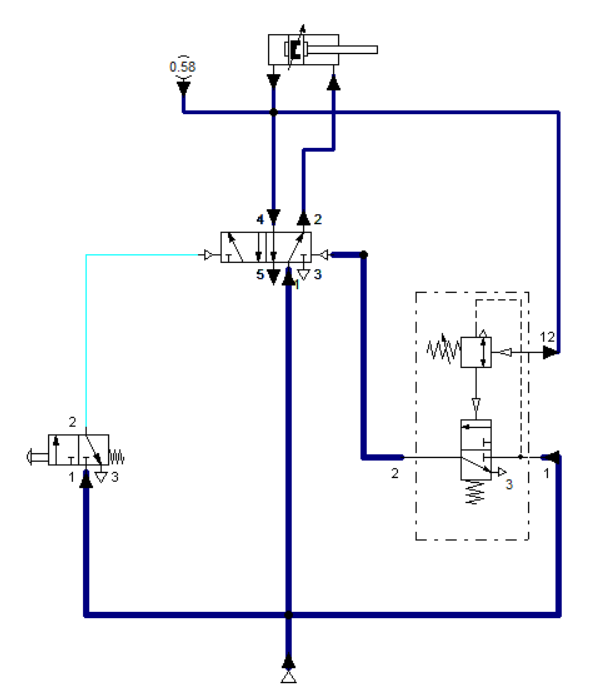 Time delay valve is a combination of a pneumatically actuated 3/2 way direction control valve, an air accumulator and one-way flow control valve. The time delay function allows controlling the air's rate of flow to or from the reservoir by means of a throttle valve. Adjustment of throttle valve permits fine control of time delay between minimum and maximum times. In pneumatic, time-delay valves ranges between 5 to 30 seconds. On the other hand, pressure sequence valve transmit a pneumatic signal once the reference or set pressure value is achieved. It's output signal is used to control the cylinder action by setting or resetting a signal through the final control valve (5/2 way DCV).