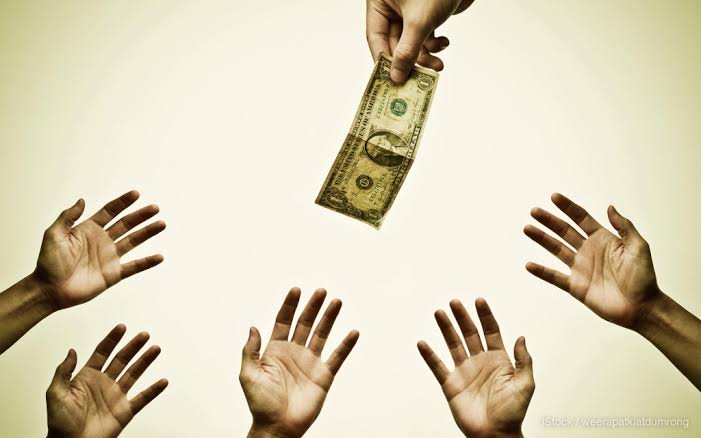 "Decision" is the most important aspect of spending money especially when scarcity becomes a factor. Picking one need to satisfy over another is a sometimes as a result of rigorous speculations of which might turn out right and spot on or totally turn out wrong and baseless. In most cases people prefer spending money on things that might satisfy more than one need and this is like having less to achieve more in the most desperate situation of scarcity.

Now this isn't to say without scarcity decision making isn't potent or essential. Truth is, when there's enough to spend it becomes even more difficult to make decisions and why is this? Psychologically people don't see the need to make necessary monetary decisions especially if they feel they have the luxury of time. However they'll eventually have to make decisions and they'll find it difficult because the more the many choices to choose from, the more it even becomes difficult to make the best of decisions.

Now in my own situation, i use to look at my current financial circumstance to make futuristic decisions and why is this? I believe no one's in control of the future and because of this one can't make decisive decisions on for a long term situation based on the probability that they can phantom how good their future would eventually turn out to be. In essence irrespective of one's preparation provided there's a chance that one might run into scarcity, it's better to plan on what's on ground* because the present might not be expandable when put in motion but the future can because it's unformed.

So decision, determines smart or terrible business, money is only an entity, a spender or holder is the determiner which of course is the most important aspect However a person might have good intentions regarding how they'll spend money but sometimes the process of making these decisions can be sentimental, psychological and this can affect a person's decisive intuitions on what's best to spend money on and what's not best to spend money on. Like I said earlier scarcity prunes one to making the better decisions, not that scarcity is good but it makes for precision and accountability.

Now, in all my life I've seen people who have been fazed with an incredible flow of money and yet I still couldn't place tangibility to the factors that determine how they spend. This isn't an uncommon thing, however what these people might not understand is that money can be valueless when the spending totally accomplishes only pleasurable gains. Although there's a stage one might get to in life, this will no longer matter but not many people have gotten to this stage and that's why it's more emphatic to dwell on this. I feel there's more scarcity but why do people still make the wrong decisions even when there's scarcity? I believed that there is always an abundance in life. You seek scarcity, you will find it. Seek for abundance and you'll notice that it just around the corner... :)

No one seeks scarcity, it's a process that's undoubtedly experienced and there's nothing Spiritual about this