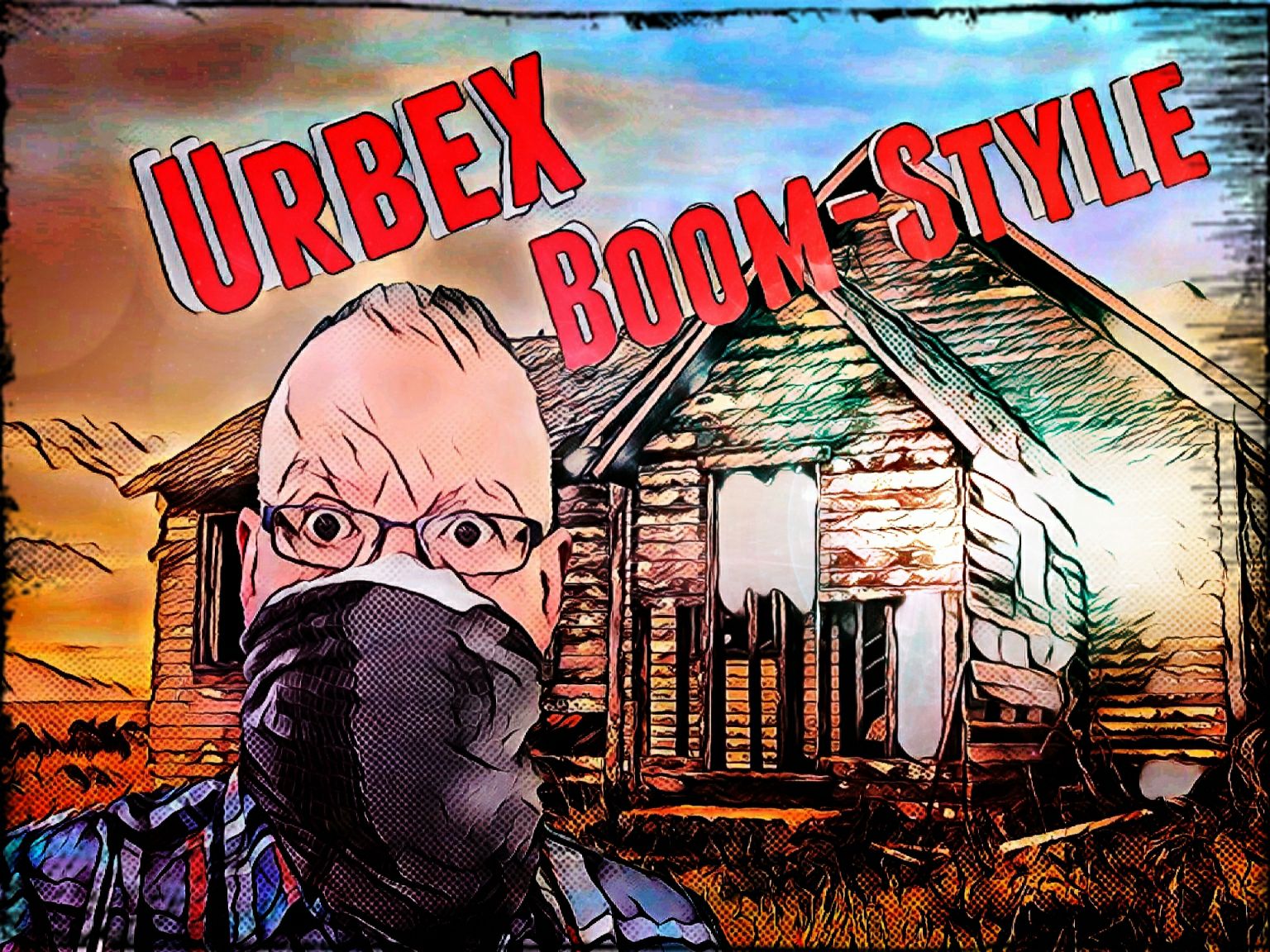 I was scrolling through my feed when I got to @slobberchops, Hive's resident Chief 'bexer' which of course is street-talk for an Urban Explorer and it got me thinking.

Maybe I should give this Urbex malarkey a bit of a bash?

After all, I often found myself at a loose end on a Sunday and no amount of furtive masturbations in the toilet seemed able to liven up this dullest of days.

I raced about the house and got my gear together.

There, that would do it.

I had had my eye on an old and majestic house nearby where I lived for some time.

Although in a state of some disrepair, It still retained an air of grandiosity and after some cursory googling seemed quite unknown to the Urbexiteer crowd.

This was it. I was going to be all over it like a cheap suit. My new hobby was a go.

My induction to the Urbex halls of fame was almost complete.

I grabbed a camera and headed out to my target. Once there, I walked past the house several times looking for a way in.

Despite the ramshackle exterior, the place was pretty secure looking. None of the windows were broken and a tall stout fence secured the sides and back. There was an attached garage to the side of the property and propped against it an old wheelie bin.

Aha, a wheelie bin. Known in the trade as an urbexers ladder.

Chuckling, I hopped up on to the bin and scampered over the garage roof and down the back wall to the enclosed back garden.

This was more like it. I could see an opened door leading into the back of the property.

Getting my camera out of my bag I pushed my way in.

The place was in pretty good nick. It wasn't like some of the urbex tours I had seen on the Hives. There was carpet underfoot and no graffiti to speak of.

I plodded through into what must have been a living room at some point.

This was more like it, there was wreckage strewn all over the floor and a blanket lying haphazardly over an old and battered-looking sofa.

Perhaps a tramp was dossing here?

Turning, I decided to see if the stairs were safe enough to go up.

WHAT IN THE FUCKING BLAZES ARE YOU DOING IN MY HOUSE?!

There was a woman in the hallway staring at me in horror. In her hand, she held a cup of tea. She must have been the tramp that was squatting in the living room.

I tipped an imaginary cap to her.

I said brightly. Maybe she wasn't a tramp and she was like me, trying out this Urbex lark. Maybe we could team up in the future? We could be the Glasgow Urbexiteers or something.

Life can be funny that way.

GET OUT!!! GET OUT OR I WILL CALL THE POLICE!! HARRY, HELP!! THERE'S A BURGLAR IN THE LIVING ROOM!!

There was a thudding from behind her and then a man appeared.

WHAT THE FUCK?! COME HERE YOU BASTARD!

He threw himself at me, his fists raised.

I danced out of his way.

I repeatedly dodged punch after punch before smacking one back on Harry's big red face. He thudded straight down onto the carpet and I kicked him in the head with my trainer that looked like a boot.

The woman came barreling in now, screaming like a Viking.

Fuck. Discretion is the better part of valour, so they say.

I shoved past her and ran.

Before escaping, I stopped at the back door.

I yelled back at all the commotion.

In the distance, sirens could be heard. They were getting closer.

I don't think this is the hobby for me.

Hahaha... had me laughing all the way through, you should have yelled in their ears the mantra...

More drama than I get in a dozen of mine, you need to tag along with me.. I could use the excitement!

Hehe, I was inspired by your posts to come up with this nonsensev as a tribute!! :0D

Made me chuckle, .. and I'm falling even father behind with mine. 7 successful penetrations on Saturday.. now... that's a lot of getting inside heh...

Ooer, steady on lad! There's a limit to the amount of penetrations a man can do in a day!!

Gotta admit those squatting hookers have become quite posh these days. Safety guard, cup of tea...

Damn that's some fast responding on the part of the police, arriving before they're even called XD Guess someone else saw you invading the run down old house owned by the eccentric but otherwise nice hoarders XP

Glasgow Urbexiteers sounds like a thing that needs to happen XD

Recon seems to be the key, that and abandoned!! :0D

One should tell you the status of the other ;D

Hmmm. I must ponder these wise words!! :0D

"Discretion is the better part of valor" has saved my ass many times!

If in doubt run!!

Hello dear friend @meesterboom good afternoon
What a fun reading, from the beginning I imagined something similar, but I did not expect them to be their owners, perhaps because of some who have invaded.
Well, being an urban explorer is not your thing, or to do a better investigation next time, before re-entering a house.
have a splendid Sunday

Hehe, a bit of fun to pretend for this one!! If I do decide to do it I will most certainly investigate properly!! :0D

Hahahaha o I can just see this.... will not even try this in my country, you may get shot. I think you missed the part about 'abandoned areas or buildings'. I do not thing it include the houses of your neighbours

Damn, relay fun is that poking around in some mouldy old abandoned buildings!! ;0D

Maybe the shrill lady was Aunt Tiffa. Folks keep bitching about her getting in their way all over America.

Haha, yes, I think I have heard of this one being quite the troublesome!

Dude, you made me cry! so funny. A fantastic baptism into the Urbex life.

This was an excellent read!
Certainly made me smile, I bet @slobberchops is flattered

It is a fitting tribute to the man, a king among the 'bexers he is!!

You are quite a daring man, you enter places without permission ha ha ha, I don't know why women fix everything by screaming, it was better to have talked to you and shared their tea with you ha ha ha.

HA,HA,HA Yes of course ha,ha,ha take care of yourself, and thank you for brightening my days, you always make me laugh, I love it thank you again

Thank you for reading dude!! :0D

Congratulations @meesterboom! You have completed the following achievement on the Hive blockchain and have been rewarded with new badge(s) :

Hahahahahah. I can imagine the look on people's faces if someone would enter their house with the fabulous line don't worry, I'm an Urban Explorer. I shall explore the goods and the valuables things from your house and, as you said, no footprints. Oh, so many people would stay in line to have some Urban Explorers right? 😂😂